Fancy going to watch an Alpabzug or Alpine procession with all the cows coming down the mountains? 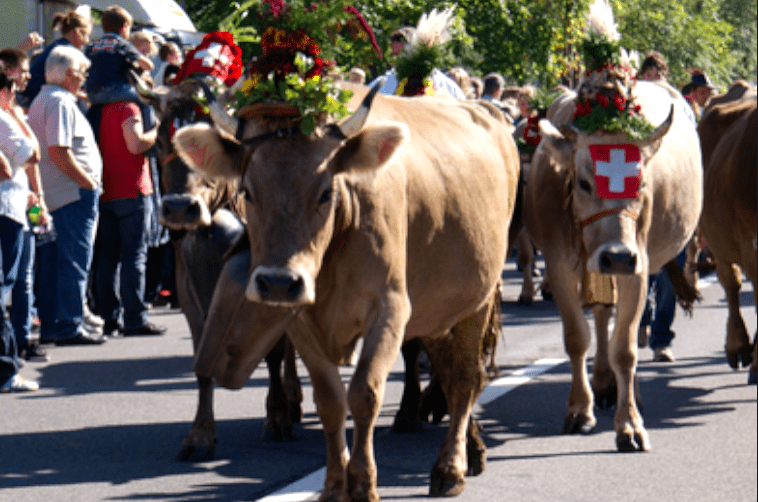 It’s around this time of year that the cows make their way down the mountains having spent the Summer months up on the Alpine pastures. The villagers get ready to greet them by dressing in traditional costumes and preparing a celebration in the village. You can hear the cows bells ringing from afar as the herd makes the descent adorned with beautiful flowers.

The Alpabzug in Engelberg takes place on 29th September at 10 – 12 at Viktoriagärtli with the market going on from 10 till 5pm. To see a video of what an Alpabzug can look like click here.

The Alpabzug in Elm takes place on 7th October at 14.30pm in Elm. Again lots of traditional costumes, decorated cows and plenty of fun. More information can be found on Elm’s website.

These are just two examples but there are Alabzüge going on all over Switzerland this time of the year. 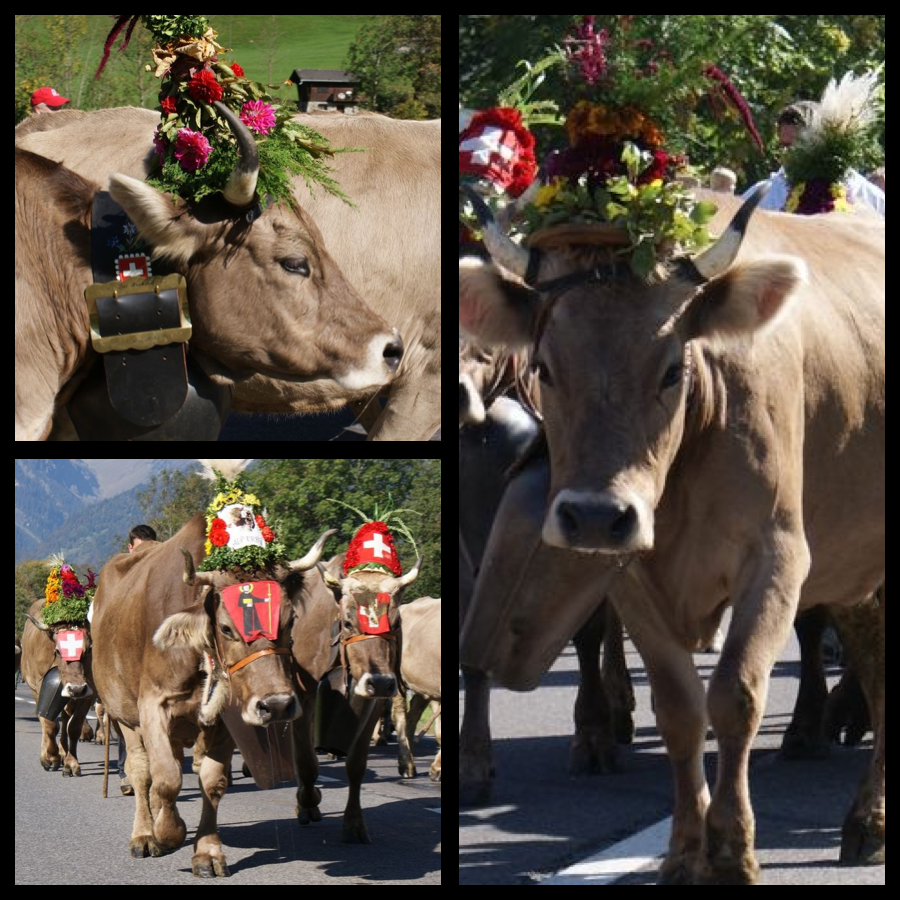 And only about an hour away from Zurich, there is the Alpabfahrt in Flumserberg on 15th September, beginning in Flumserberg AlpTannenboden around 10 am and arriving in Bergheim around 11am.

On Saturday 22. September 2012 there is another Alpabfahrt in Flumserberg from the Panüöl & Fursch Alps followed by a festival in Flums Dorf.

With many thanks to Patricia Wilders for sharing her photos from her visit to the Elm Alpabzug.

Seen Helen Hunt at the Zurich Film Festival? Will you catch Richard Gere in Zurich today?

Top Things To Do On A Weekend in...

James Bond and Other Highlights of Zurich Film...

Top Things To Do in Slovenia – Visiting...

Thanks very much Heather! There is also the Alpabfahrt in Flumserberg this weekend, beginning in Flumserberg Alp Tannenboden
around 10.00 am and arriving in Bergheim around 11.00 am.

The one in Flims/Bargis takes place on the 22nd. Spectacular descent down a narrow path carved into the side of the Flimserstein to a high alpine valley called Bargis (which can only be reached by bus or on foot) – you can hear the bells long before you can see the cows. The cows then carry on down to Flims in the late afternoon. http://m.flims.com/de/aktuell/events/detail/article/alpabzug-vom-flimserstein/browse/2/

Tales from the riverbank… It’s been a beautifu

Autumn vibes in Zurich with views of St Peter’s

I’m planning a trip to Blausee in the next coupl

Love these night skies over Zurich. Hope you had a

Today I went on a great train ride on the Churchil