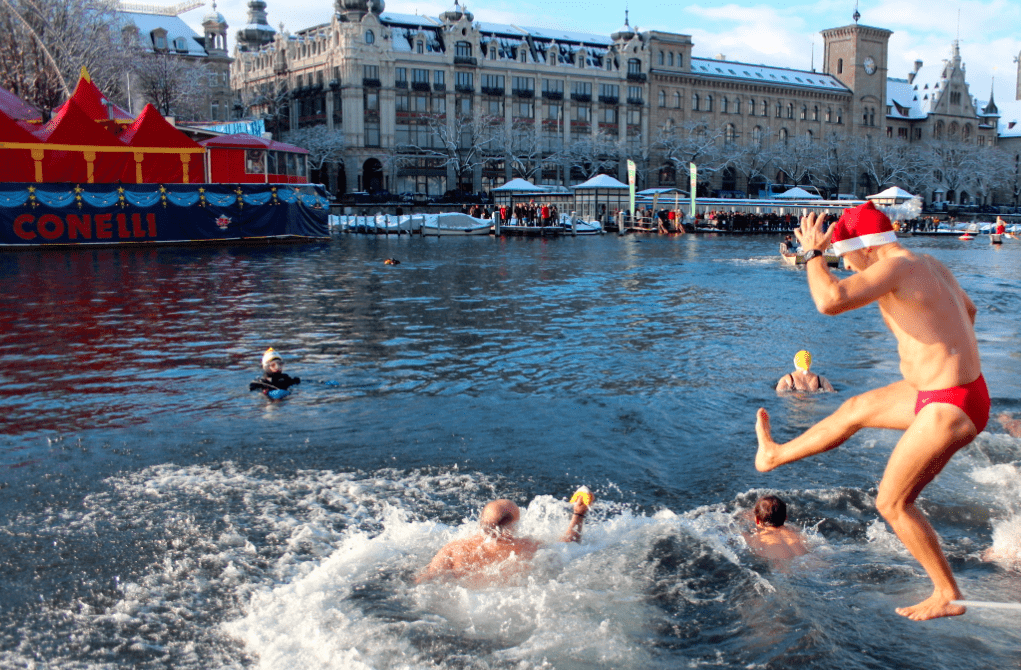 Despite the ridiculously cold temperatures, not to mention the snow falling in Zurich on Sunday, there was a long line of people of all ages qeueing up to take (almost) all their clothes off and jump in the river! What’s more they had to pay for the privilege – as well as register in advance for this rather mad tradition known as “Samichlaus Schwimmen”. 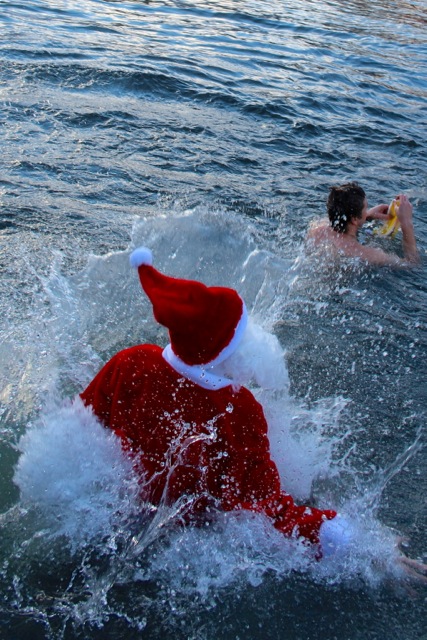 Now in it’s 13th year, it usually takes place at the beginning of December and involves jumping into the Limmat at Pier 7 near Bellevue and swimming across to the other side ending up (hopefully) at the Frauenbadi, preferably wearing a Father Christmas hat or some other festive adornment. 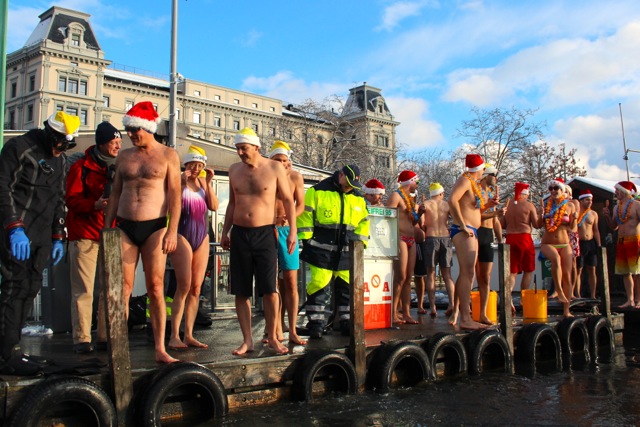 The blue and sunny skies belied the cold temperatures – and the water temperature was between 4 and 7 degrees !!! However, this did not deter just under 350 eager participants taking part this crisp December day. 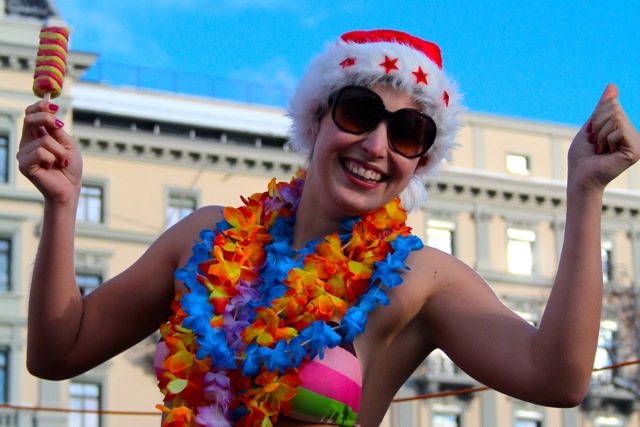 The groups were divided into small batches as they jumped into the Limmat every 4 minutes, accompanied by divers from Scuba Viva, the local scuba diving company based at Pier 7.  Around nine divers were on duty including Bruno (see photo below) and a boat ferried the swimmers’ luggage across to the Frauenbadi.  The police and a number of ‘watch men” were also on hand for safety. 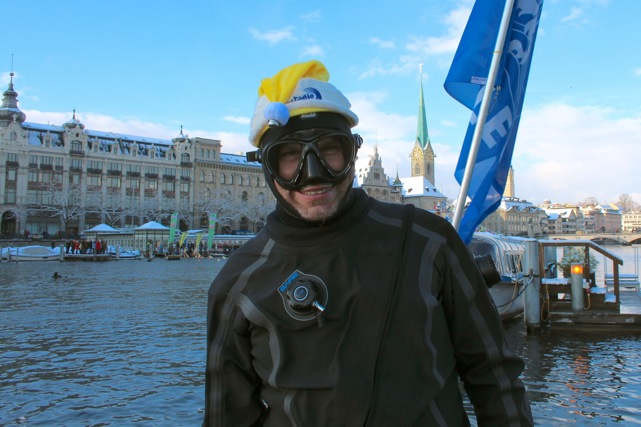 Some swimmers, including Lisa (see photo wearing garland) were not quite cold enough and insisted on swimming across whilst eating ice lollies.  Thankfully though they warmed up with a glass of schnapps once they arrived at the other side (after finishing off their lollies). 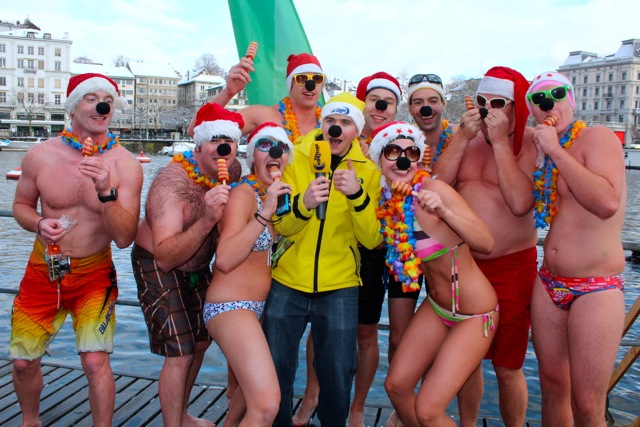 If this has inspired you to try the “Samichlaus Swim” swim next year then don’t forget to register next year! 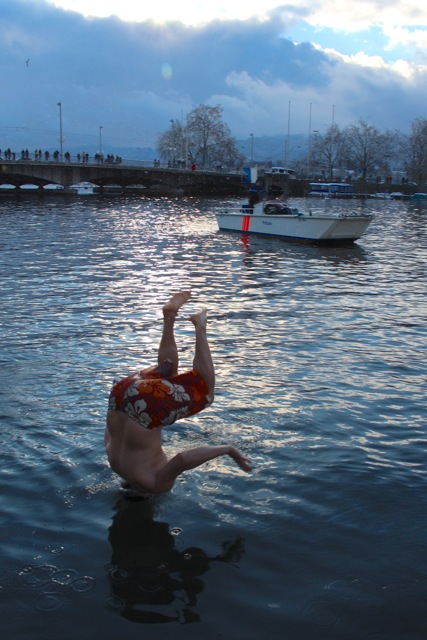 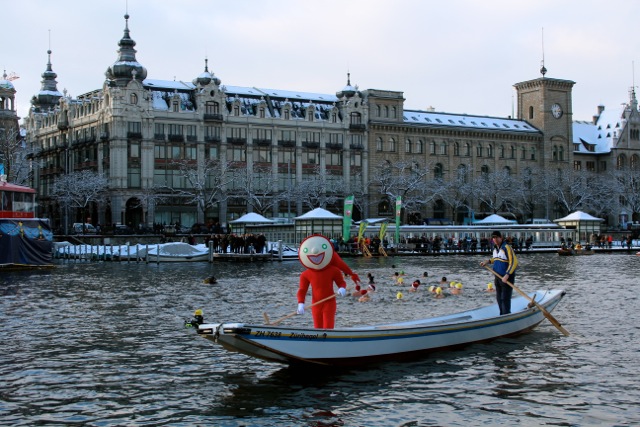 What’s On In and Around Zurich Early May... 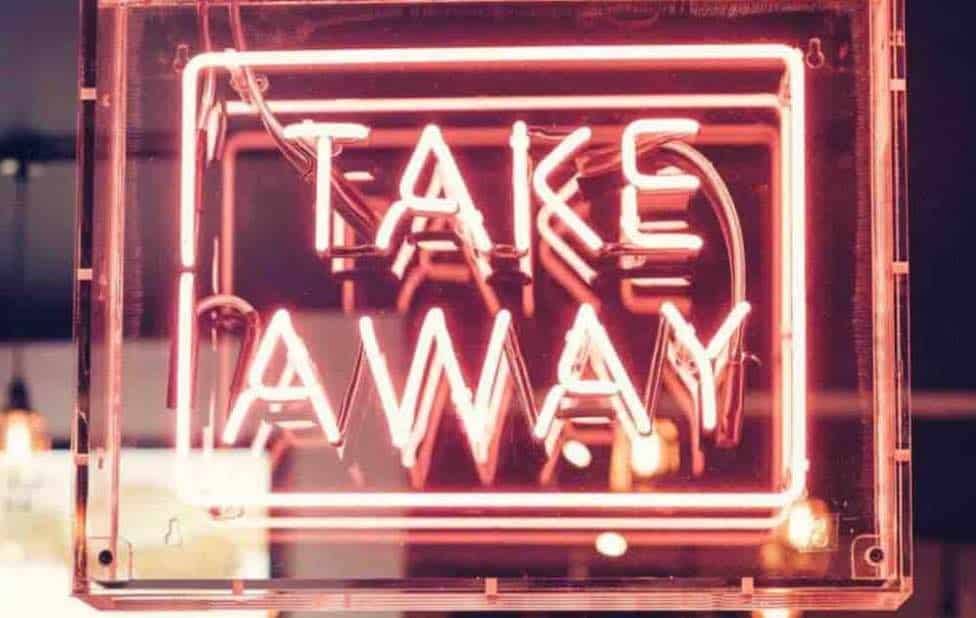