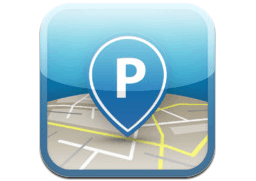 Have YOU heard of Parku? They offer an innovative parking solution in Zurich.

Whether you’re driving in London, New York or Zurich one of the major bugbears has to be finding a place to park!  If you’re fed up looking for parking spaces and you don’t want to pay exorbitant car park fees,  there is a service you may be interested in.  It’s called “Parku”. Using the slogan “nicht lange suchen – einfach buchen” or  “book don’t look”, it’s an alternative parking service in Zurich.

Businesses, shops and even ordinary householders can contact Parku to offer them any car parking spaces they are not using. Parku then acts as the “middleman” and enables these spaces to be reserved via their iPhone App, or via the Parku website. Spaces can be booked by the hour and the owner can choose when to make the spaces available to Parku. When you’re in town look out for signs like this: 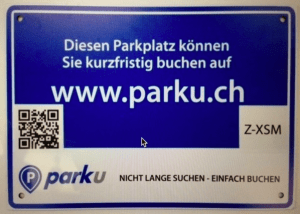 Prices for paces vary and are set by the owner but can typically cost around CHF 3 per hour. The owner of the spaces gets two thirds of the cost and Parku one third. Parku launched in 2013 and over 1,500 people signed up for this service within a month of launching. Particularly popular are prime locations like Seefeld and Löwenstrasse as well as all over the city.

So watch out for Parku spaces in Zurich and save yourself both time and money. For more information click here.

Photos of Snow and Ice in Zurich (Part 1)