Home » Outside Zurich » Swiss Earthquake – did you feel the earth move in St Gallen?
Share
0
FacebookTwitterPinterestEmail 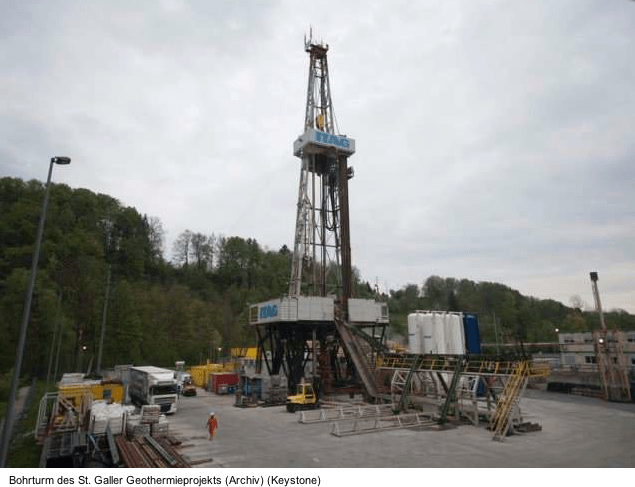 You may have read in the newspaper or seen on the news that there was an earthquake in Switzerland this weekend.  It took place on Saturday 20th July and measured 3.6 on the Richter scale at a depth of 4 metres. It occurred in the area surrounding St. Gallen and Herisau and was not just a single earthquake, but in fact over the past few days there have been a series of around 30 small ones!

One of the likely reasons for this has been attributed to the works being carried out by the activities linked to the Geothermal Project which is taking place in St Gallen aimed at finding water at 140C for the city. The earthquake was felt all over the area and the chance of further quakes occurring within the next few days cannot be ruled out.

However, don’t be alarmed as Switzerland is a low to moderate risk country for earthquakes with the last major one back in 1946, on 26th January in the Valais area of Switzerland which measured 6.0 on the Richter scale. See below a map from the Swiss Seismological Service showing the St Gallen quake:

However, for the historians amongst you, you might be interested to know that on 18th October 1356 the biggest earthquake in Central Europe ever to be recorded, took place in Basel. It was thought to have measured as much as 7.1 on the Richter scale and caused the destruction of the city, as well as damage in Germany and France. That was, however, a long time ago and during the past 800 years of all the earthquakes occuring in Switzerland only a handful have registered in excess of  6.0 on the Richter scale.

If you found this post interesting why not “subscribe to the blog” for free updates via email using the tab at the top right hand side of the page?

A Visit to The Cheese Grotto in Gstaad