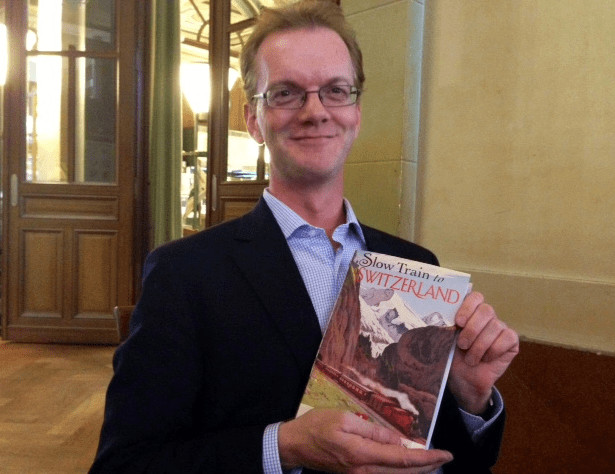 Diccon Bewes, author of the Financial Times book of the year and best-selling “Swiss Watching” and “Swisscellany”, has written a new book which has just been launched. Diccon kindly took time out of his busy schedule to catch up with NewInZurich and tell us a little bit about the new book “Slow Train to Switzerland”.

NiZ – Diccon, first of all congratulations on the new book, Slow Train to Switzerland!  It’s in a very different vein to your other two books can you tell us about what inspired you to write it? 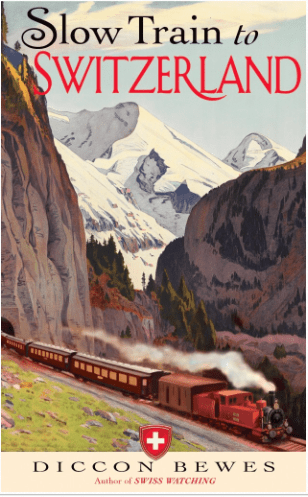 Diccon Bewes: Thanks, and it’s wonderful to see the book in finished form finally. The inspiration came from a woman who has been dead for over a hundred years. She was Miss Jemima Morrell, and was one of the participants of Thomas Cook’s first conducted tour of Switzerland in 1863. And she wrote a journal about that trip. It was while I was researching my first book, Swiss Watching, that I read her diary and had the idea to follow in her footsteps. I wanted to re-trace the route day-by-day and see how much had changed and how much hadn’t.

NiZ – How difficult was it to research the details of Cook’s first tour?  Were there any big problems you encountered?

Diccon: It wasn’t easy. Other than Miss Jemima’s diary, there actually isn’t much information available, even in the Cook archives (where I spent many days). In fact without the journal, we wouldn’t know very much about that first tour at all. Thomas Cook himself wrote a short report, but he left the tour after a week to come back to London, although he wrote more extensively on two subsequent Swiss tours that same year. And there is only one surviving photograph, which of course is in my book. So in many ways it was frustrating, but in other ways it made Miss Jemima’s words all the more special as they uniquely capture a crucial moment in the history of travel.

NiZ – What impressed you most about Cook and his first “holiday makers”?

Diccon: They really did set off on an adventure. Not quite like rafting down the Amazon but still quite intrepid for that time. It certainly wasn’t a holiday, with 4am starts, day-long hikes, basic amenities and no toilets on the trains.  The longer I followed the journey, the more I admired their stamina (they moved on almost every day) and spirit of adventure. They wanted to see the Alps, which were the natural wonder of that time, and they did just that.

In fact, they were almost the first InterRailers (even if they did have to cover long stretches on foot), going off with just a train ticket and a desire to explore. What makes it even more impressive is that the four women in the group did it all in big dresses, crinoline and corsets. Think Gone with the Wind on tour. 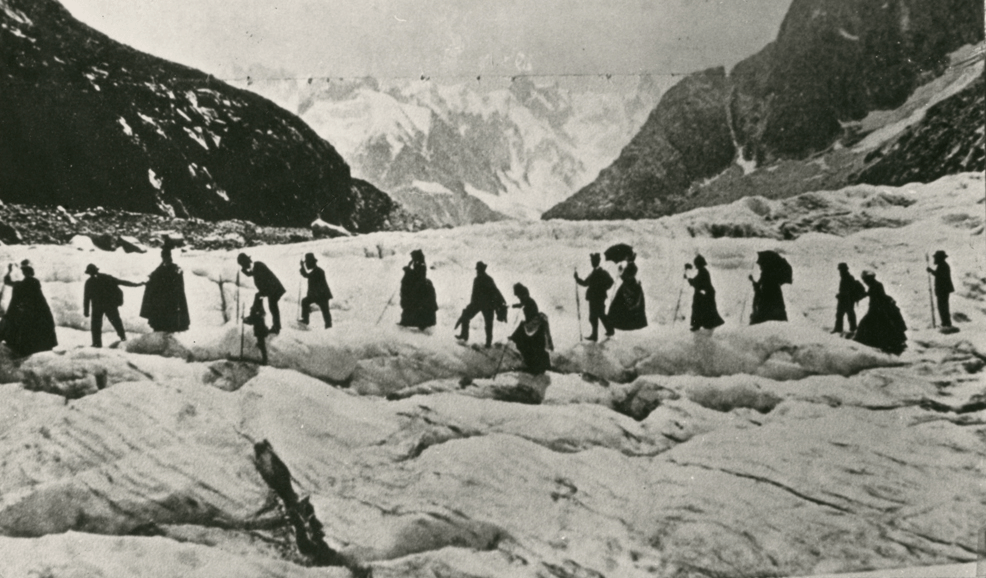 NiZ – What was the lasting significance of that tour?

Diccon: The first trip saw the end of travel for the privileged few and the start of tourism for the masses. Trains reduced travelling times from weeks to days and Cook reduced the costs to something the middle classes could afford. In other words, it made foreign holidays a reality. Cook was so successful in Switzerland that he quickly added more destinations until within ten years of that tour, he was offering round-the-world tickets. He became a global brand and launched the travel industry as we know it.

What I found equally fascinating is the effect the tour had on Switzerland, which was a fairly poor country in 1863. Tourism provided the motivation and the means for building railways up into the mountains, and it brought money and jobs into the poorest parts of the country. It became the engine for development and the backbone of Swiss economic success. Without tourism, Switzerland would be a very different place today.

NiZ – Your other two books have been very successful so far. I always recommend Swiss Watching to my friends and find it a great book to give to someone new to Switzerland as well as a good leaving present too.  You’ve now had the book translated into both German and in French.  How’s that going?

Diccon: It wasn’t an easy as British humour can get lost when translated, but the translators did a great job at keeping the essential elements in the book. Both editions have new titles (Der Schweizversteher in German and Le Suissologue in French), and both have been in their respective Top Ten bestseller lists. For me it’s great to see that the reaction from Swiss people is just as enthusiastic no matter which of the three languages they read it in. The new book will also be coming in German and French, in the autumn of 2014. 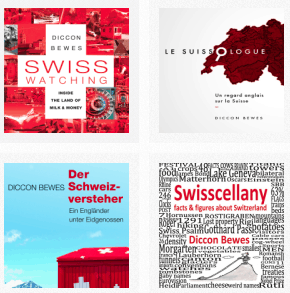 NiZ:  Swisscellany is a fun book too and great for testing your own as well as friends’ and family’s knowledge.  Which book did you have the most fun writing?

Diccon: All of them, though at times I wanted to throw each of them out the window! Swisscellany was definitely wonderful to research as I’m a bit a geek when it comes to facts and figures. So I was in my element thinking of weird and wonderful things and then going off to research them, for example which cantons have the most cows or Swiss gold medal winners at the Olympics.

The other two were more of a challenge in terms of actual writing, as each is almost 100,000 words, but luckily I like sitting down and telling a story that people will enjoy reading.

NiZ: So each of you books so far is a different “genre” – though of course linked by the common theme of Switzerland. What plans do you have for a fourth book?

Diccon: Nothing yet! I’ve just spent two years researching and writing Slow Train to Switzerland, so I’m taking a break from that side of being creative while I travel round giving talks and book signings. It takes time for a new idea to ferment, and you never know when inspiration will strike. Maybe on a train journey somewhere!

Slow Train to Switzerland by Diccon Bewes (October 2013, Nicholas Brealey Publishing) is already on sale across Switzerland, either at your local bookshop or online. It will be released elsewhere on 4th November and can be pre-ordered on Amazon, also as an e-book. For more information, see Diccon’s website or follow him on Facebook. Diccon will be signing copies of his books at Orell Füssli English Bookshop on Sunday 15th December at 3pm.

To keep abreast of events in Zurich and Switzerland why not subscribe to blog at the top of the page and receive free updates via email.

Photos of Swiss Cup Gymnastics 2013 and around Zurich

A Luxurious Trip on the Churchill Red Arrow...