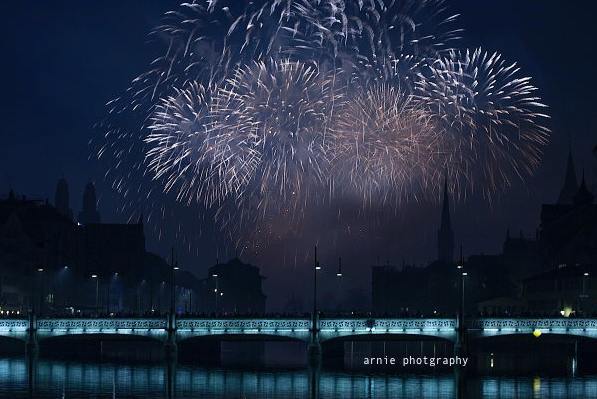 Hope you all had a ball on New Year’s Eve wherever you were. If you were in Zurich hopefully you managed to catch a glimpse of the magnificent firework display. 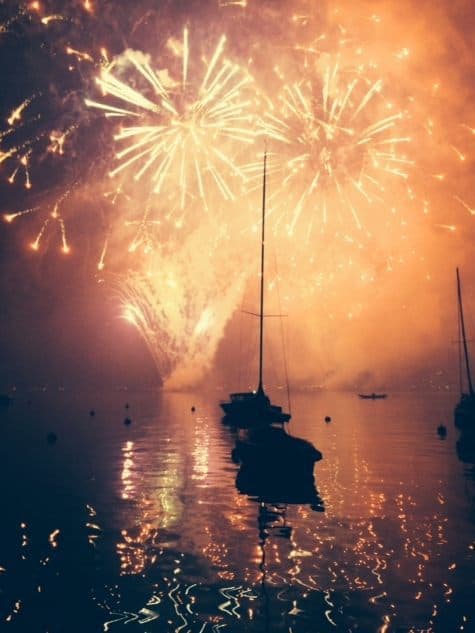 The fireworks started at twenty minutes past midnight on January 1st and finished just after 12.40 – 20 minutes of fabulous colour, energy and excitement lighting up the Zurich skies.  They were let off from two pontoons in the middle of the lake and created magical effects as they reflected back in the water. 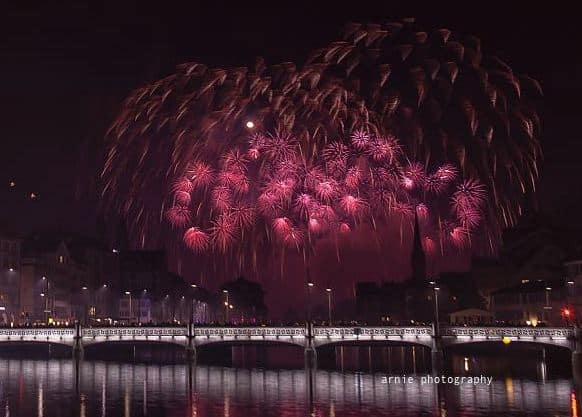 Whilst people were waiting for the fireworks to begin there were lots of other “spontaneous” displays all over Zurich  – so the air was thick was the smell of fireworks and there were plenty of  champagne corks popping all around as everyone welcomed in the New Year. 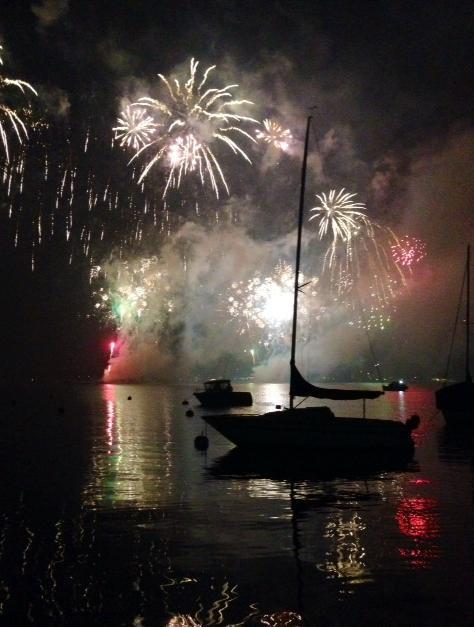 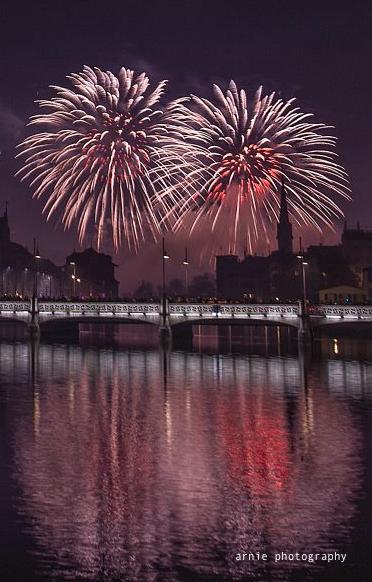 The lights in town were all switched off – so it was a very different atmosphere to normal Zurich evenings and it was definitely the weather for a Glühwein or two as it was pretty chilly if you stood around for any length of time!  However, the beautiful fireworks were definitely worth the wait. 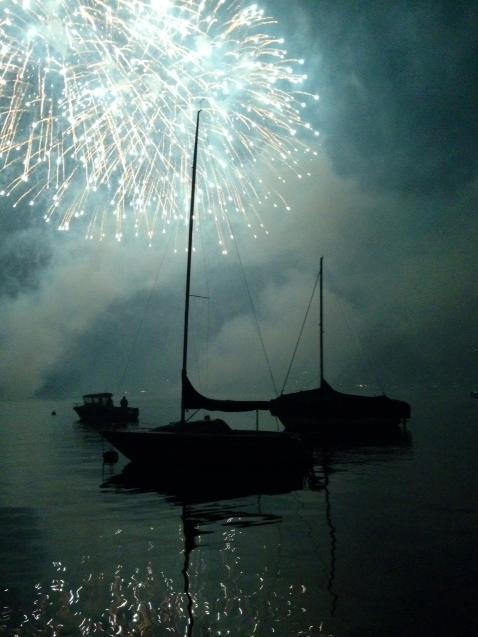 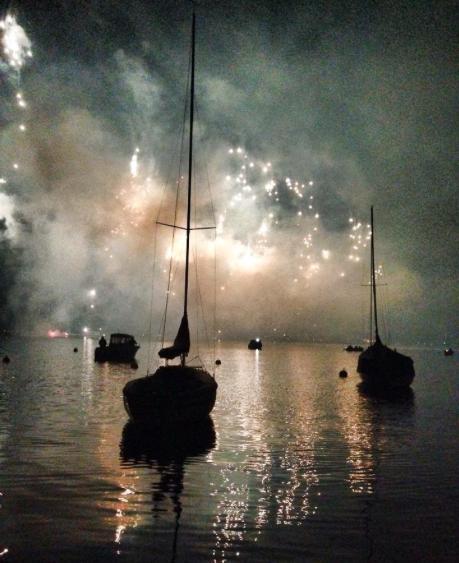 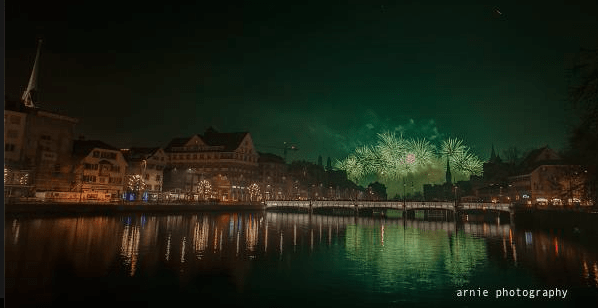 Hope you enjoy these photos of Zurich New Year Fireworks and here is a couple of short videos too:

Don’t forget you can keep updated with what’s on in Zurich by “subscribing to blog” at the top of the page.

Chilling and swimming by the river in Zurich. This

St Peter‘s Church is one of the icons of Zurich.