Home » Travel » Fancy a weekend away? How about Bern, Capital of Switzerland?
Travel

Fancy a weekend away? How about Bern, Capital of Switzerland?

Fancy a weekend away? How about Bern, Capital of Switzerland?

Fancy a weekend away? Then why not try Bern, the capital of Switzerland. Carrie went as a family with her husband and three girls and reported on a weekend full of interest and excitement. 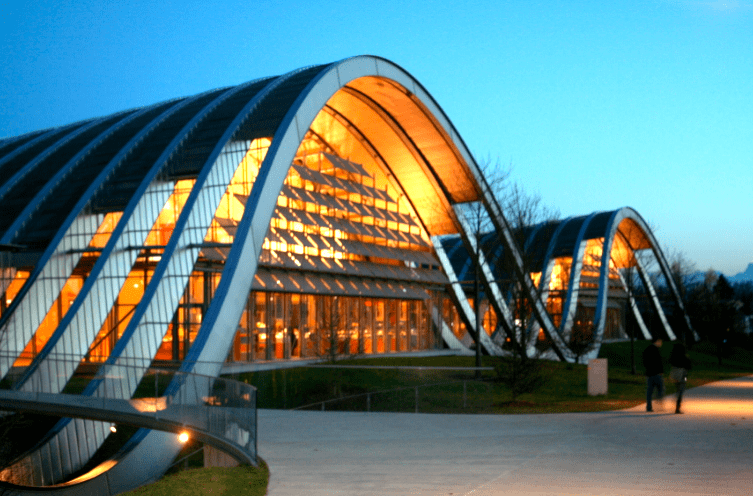 We started the weekend early whizzing off from school on Friday at 3pm so that we could get to the Zentrum Paul Klee in time for the last workshop of the day at 4pm held in the Kindermuseum Creaviva. The Museum is fantastic, a new art gallery designed by Renzo Piano which literally emerges out of the side of rolling hills like a series of gigantic creatures’ rib cages being partially unearthed. The girls were enthralled by the art workshop in which they constructed and painted an abstract birthday cake and then ran around a maze, experiencing different art forms, representing the 7 deadly sins (none too graphical thank goodness!).

Our little one built the most amazing wooden towers and we discovered Cuboro (a traditional Emmental wooden game, rather like a sophisticated marble run) and then delighted in crashing them to the ground. We treated ourselves to some very fine schoggi cake and coffee in the cafe and headed off to our Hotel. We decamped at a very modern Novotel which came up trumps, offering a selection of cuddly animal toys to the girls’ delight! We then ventured into Bern for dinner [at Pizzeria Il Grissini, Waisenhausplatz 28] – too much pasta for anyone – and a wonderful fish tank with a ribbon fish which provided much needed distraction for the girls.

In the morning we wandered slowly down through the rose garden which gave spectacular views of the city with the Aare river snaking around it. We then arrived at the site of the original bear pits, thankfully now adapted into a shop, rather than the confined quarters for a very bored bear, which I remember from a visit with my godparents many years ago. Two new cubs and their parents, gifts of the Russian Prime Minister, now roam freely along the tiered bank of the river, complete with their own swimming pool to catch fish from! Much to the girls amazement they were able to get within a few feet of one of the bears! There is a wonderful lift to transport you from the city centre down to the riverside – the girls raced us up the 300 stairs and beat us! Bern is filled with many eclectic little shops as well as all the main stream brands, and there is also a good selection of museums, but given the wonderful weather, we left those for another time.

Lunch was a large dose of raclette, fondue and rosti at Restaurant zur Krone, Gerechtigkeitsgasse 66. We then walked off a small portion of the excess calories under the canopied walk ways of the city. We waited with high expectation for the remarkable demonstration of the Zytglogge clock tower … a jester hit a bell and a few bears circulated around the lower part of the clock … hummmph. We retired back to the hotel for a little rest and then back for another great dinner in a traditional Swiss restaurant in the centre of town [Le Mazot, Bärenplatz 5].

On Sunday morning we headed off to Westside, a new centre designed by Daniel Libeskind, and a remarkable new adventure water park called Bernaqua (on the western outskirts of Bern) Just have a look at the website! The girls whizzed down rushing streams, were dispatched down long tubes with multi-coloured lighting and random water effects and then floated in salt water whilst watching a massive projection of life in the Camargue. They revelled in standing underneath a large acorn cup which would fill up with water and then empty itself over their heads! After showering in what can only be described as 5* luxury facilities, we then drove up through the ever-thickening fog into Affoltern in Emmentaler land.

It was a 45 minutes drive to the Emmentaler cheese show dairy. After a quick lunch in the restaurant we had the cheese-making process explained to us – 500,000 litres of milk get turned into thousands of huge 50kg cheeses every year. The girls were genuinely interested and selected a few pieces to take home. On prior request you can make make your own cheese over an open fire. After a nice play in the outdoor children’s playground we headed home. The capital city has been well and truly explored.

Our thanks to Carrie for a great article full of inspiration and ideas for an action-packed weekend in Bern – and yet just a short ride away from Zurich.

Top Tips When Taking Your Mobile Phone On Holiday