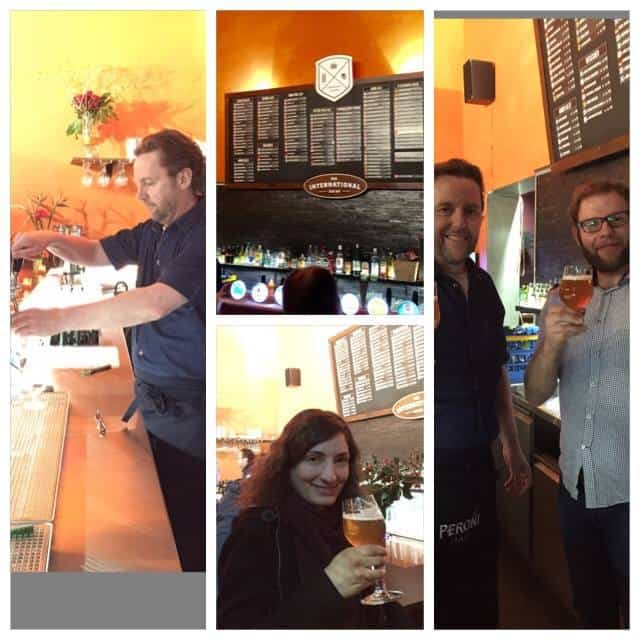 Love beer? Then you’ll be over the moon to know that there is a new bar in Zurich dedicated to that very drink. In fact The International Beer Bar normally has in stock around 130 different kinds of beer no less! The beers come from all corners of the world. Around fifty of them are Swiss at any one time, with many from Britain, and others for example from Germany, Belgium, Holland, the Czech Republic and the US. They are displayed on a magnificent magnetic “beer board” above the bar – with a little flag beside each one to indicate where they come from. 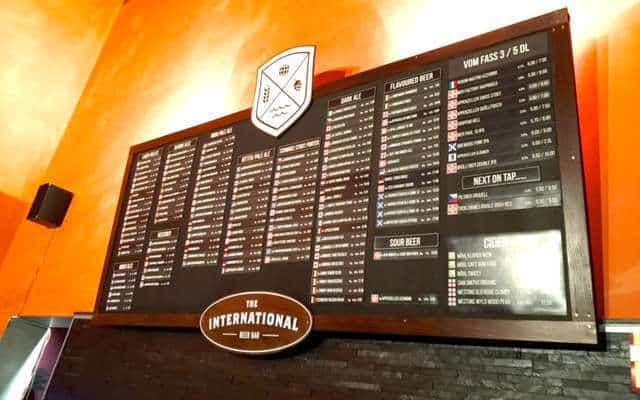 The idea behind “The International” as it referred to for short, was the brainchild of Michael Jones (formerly “the Cheeseman” and well known for the Mousetrap Bar he ran at the Viadukt), together with Christian Langenegger and Gavin Pell. Together they opened the International Beer Bar next to the Riffraff cinema in Luisenstrasse just before Christmas 2014. Situated in this lively corner of town it is just a stone’s throw from Limmatplatz tram stop and close to many great local restaurants. 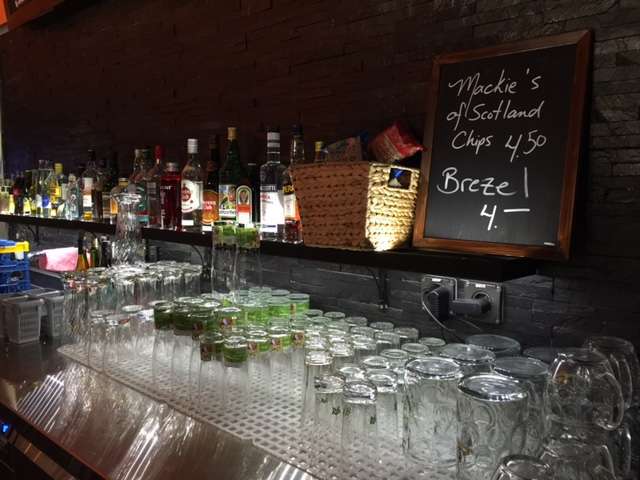 The menu of beers is set to change weekly and it includes many products from local micro-breweries. To spice things up they have lots of activities planned to keep their regulars busy. Planned activities include visits to local breweries, a “Meet the Brewers” night every second Tuesday (with 10% discount on that brewery’s beer on the night). On Mondays make sure you bring along a friend as it’s “Big Bottle night” with 10% off the beers in big bottles! 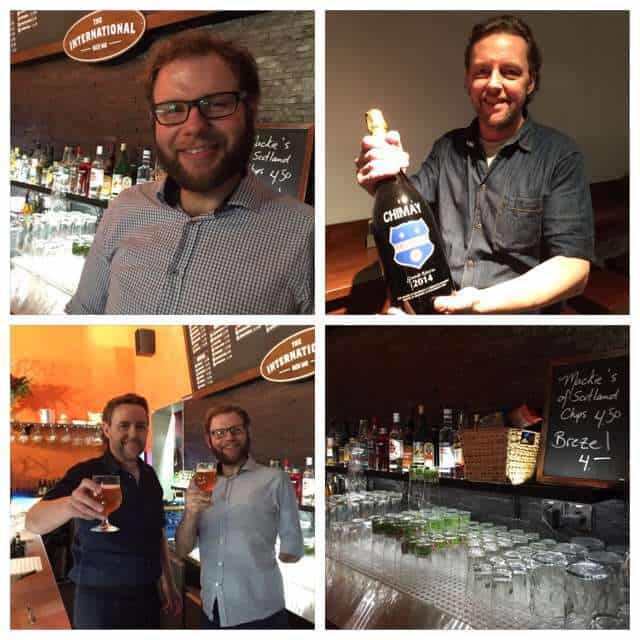 If you don’t like beer don’t worry – Mike and Christian also serve a great prosecco and good wine too! In fact they even run special wine tasting events too! The International Beer Bar looks like it’s going to be an extremely popular addition to Zurich’s bar scene. Go and take a look for yourself! Prost!

Why not pop down to the International on Wednesday 11th February from 7pm – 9pm for an informal wine tasting run in conjunction with Wiine.me. Taste 6 wines with nibbles for CHF 30. See here for more details.

To see their next events please see here.

What’s On In Zurich Beginning of June 2022