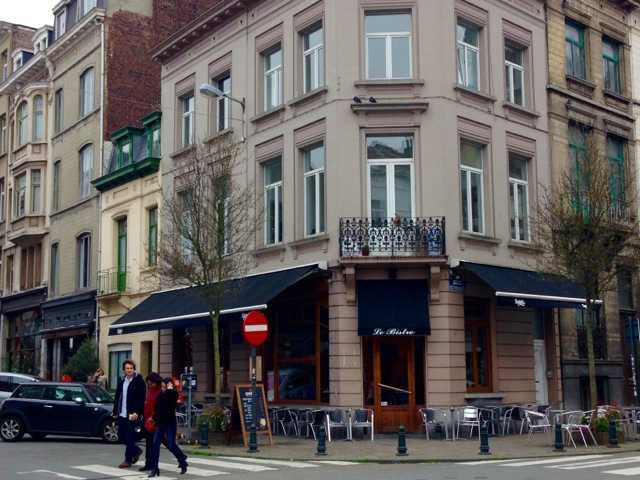 Thinking of a trip to Brussels?  It’s an easy destination from Zurich, with regular direct flights via a number of different airlines.  Experienced traveller and former Belgian resident Caitlin Krause, just back from visiting the city, shares with us some insider knowledge about the trendy area of Châtelain.  Caitlin describes Châtelain as “the café culture ideal destination”, offering French charm with Belgian hospitality. 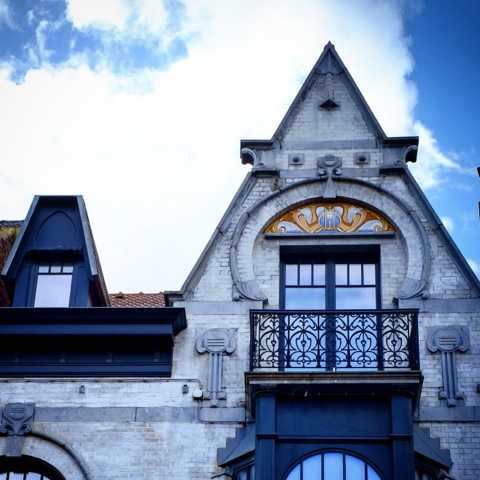 Châtelain is a French word that literally translates to “king of the castle”.  It’s the neighbourhood in the French-speaking part of Bruxelles (the French form of “Brussels”) most famous for its charming boutiques, restaurants, street markets and gardens. The streets feature signature architectural details, cobblestone walkways, and other accents that surprise and delight. 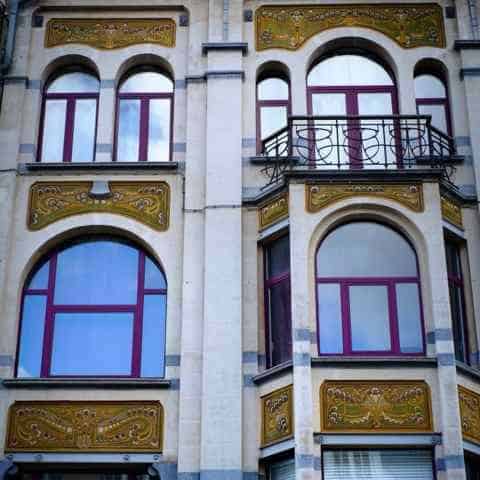 For people living in Bruxelles, Châtelain is a friendly, trendy, joyful community… yet it’s not usually the destination chosen by tourists because it’s not in the heart of the Grand-Place city-center, which is now riddled with knick-knacks and various souvenirs. Over the past 15 years, Châtelain has earned an insider reputation as the trendy, hip, idyllic place to be in Bruxelles. In sum, it makes for the ideal weekend escape! 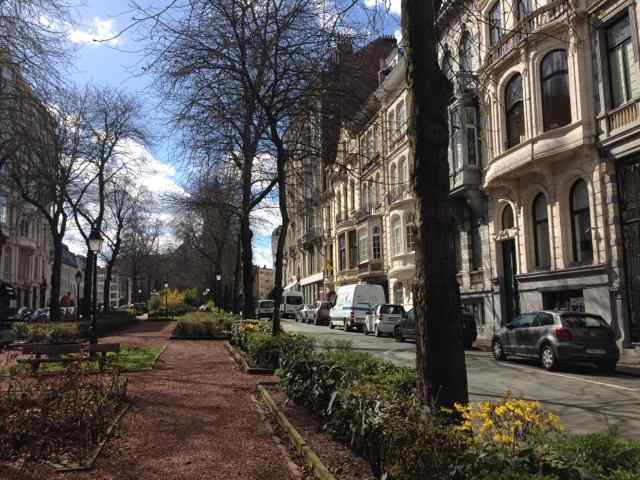 The picturesque neighbourhood of Châtelain is a fifteen-minute walk from downtown, and the distance makes all the difference.  I’m familiar with the place because I used to live there three years ago (before moving to Zurich).  My home was the second floor of a gorgeous turn-of-the-century Art Nouveau building with high ceilings, marble fireplace, and double-doors leading out to a wrought iron balcony.  The back balcony bloomed with wisteria vines that travelled all the way up to the second story from the enclosed inner courtyard garden.  In sum, it was a gem of an apartment located in the heart of a dream of a neighbourhood. 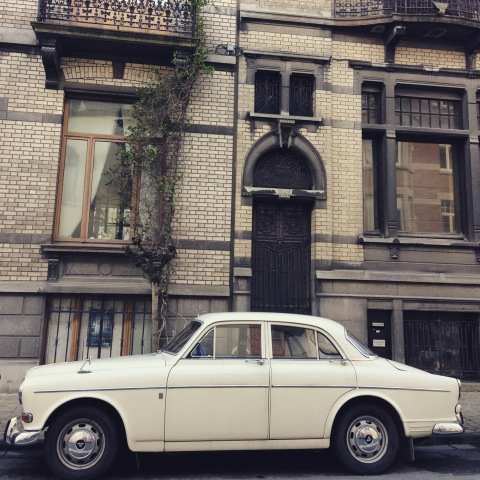 Châtelain is right near where Audrey Hepburn was born, and I definitely feel both at-home and sophisticated as I walk the streets, perhaps channeling my own inner “Audrey”… The neighborhood makes one feel both distinguished and completely at-ease, an ideal combination for vacation.  It’s fun and fresh, yet elegant and beautiful.  There’s classic charm and new energy. 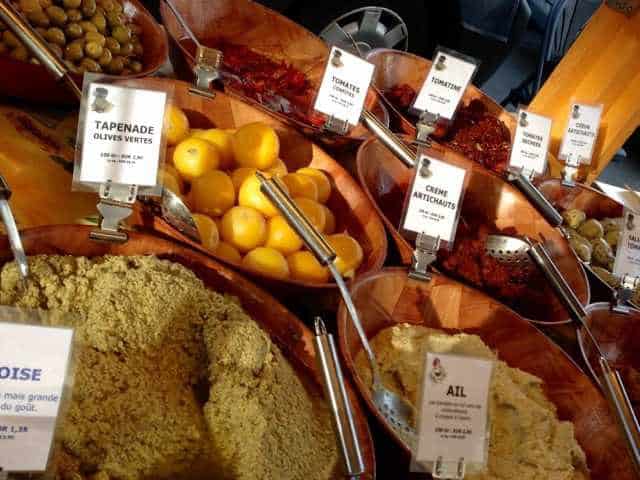 Each Wednesday features a bustling market in the Place du Châtelain with fresh vegetables, fruits, breads, specialties, spices and even clothing and handicrafts, and when the market closes, the surrounding bars fill with crowds of all ages, people spilling out into the streets and courtyards, mixing and mingling. 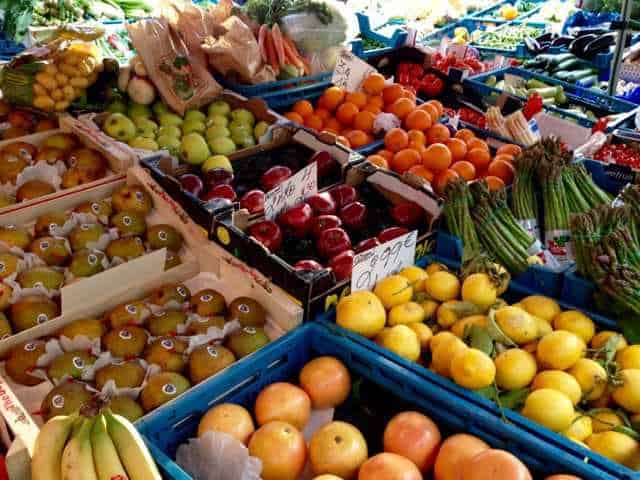 What truly makes Châtelain special is its personality– it’s a French-speaking culture that boasts the elegance and refinement of a Parisian quarter, without the cool aloofness that can sometimes create a divide between visitors and locals.

In Châtelain, one can feel like a local, truly experiencing a sense of belonging within a community that is so distinct and culturally rich.  Plus, the food is unparalleled, shopping and fashion are tremendous, and it’s within walking distance to all of the signature Bruxelles destinations (Grand-Place, Museum district, etc.).

Last month, when I mentioned to friends that I was visiting Bruxelles, their first response was to mention the famed culinary signatures of the region: beer, chocolate, waffles, frites and mussels. In truth, Bruxelles is much deeper than its deep-fried reputation.

What follows in the series is a run-down of why the city– and, the Châtelain neighbourhood in particular– is much more than signature dishes; why its culture outranks its politics, in many senses… It’s one of the best-kept travel secrets in Europe; the ideal place for a Swiss weekend getaway that will make you wish you had planned to stay even longer.

Coming up: Where to Stay, Shop, Eat, and Adventure in Brussels

With thanks to Caitlin Krause for the text and the photos. To see her instagram pictures please click here

Don’t miss a post! Subscribe to blog in the box below this article to get updates via email

A Luxurious Trip on the Churchill Red Arrow...

Exhibition “TRAINS between Art, Graphics and Design” at...

Great article ! I can confirm that Brussels is a fun, vibrant city…

Thanks Marie for your feedback. Sounds a great city for exploring!