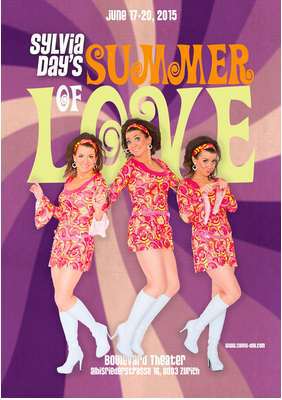 Sylvia Day who is well known to many of you from the IMPROVables has a new show, right in time for Summer! It’s called “Summer of Love” and is performing on 17th, 18th, 19th and 20thJune in Zurich. If you enjoyed her quick wit and amazing ability to instantly “morph” into any character, do get your tickets now as they are selling out fast.

The show is on at the Boulevard Theater in Albisriederstrasse 16, 8003 Zurich and tickets cost CHF 38. The show starts at 8pm each night and there is free seating at the theatre and also a bar.

For more events on in and around Zurich this June and beyond please see our latest “What’s On” post.

Things To Do in Bern Switzerland