Home » Switzerland » Things To Do in Bern Switzerland
Share 1FacebookTwitterPinterestEmail 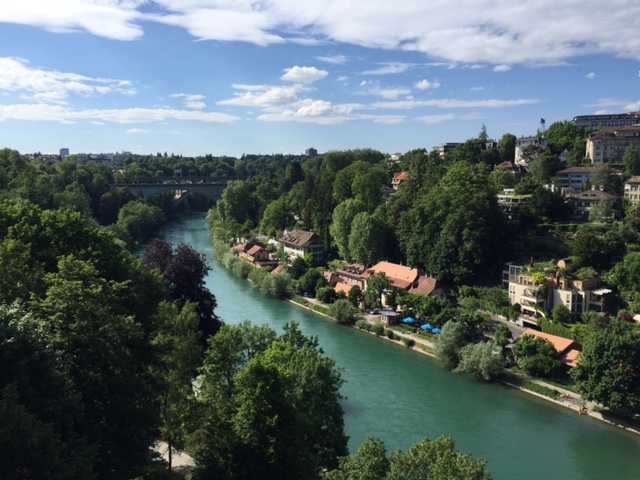 Sometimes people confuse Zurich as being the capital of Switzerland as it is the most populous and probably the most well known Swiss city, but the capital is of course Bern. Just over an hour or so by train from Zurich (by car allow 2.5 hours), Bern is located on the river Aare and is beautifully picturesque. Boasting its famous clock, the Swiss parliament, the bear pit as well its 6km of “Lauben” or shopping arcades (the longest sheltered shopping arcade in Europe), it’s a great city to visit. Here are some of the key things to do in Bern. 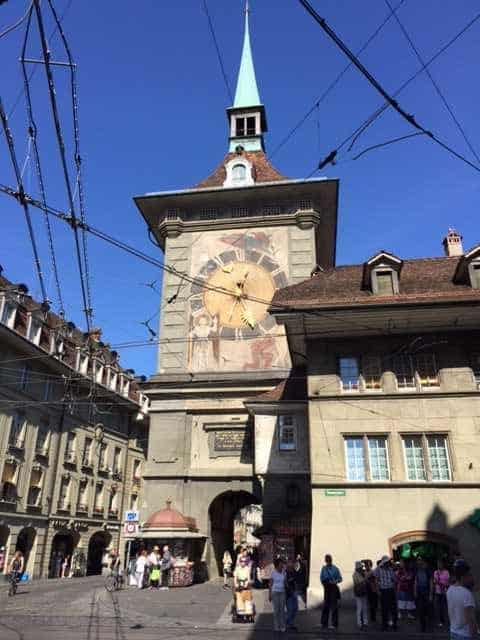 The Zytglogge in Bern Photo NewInZurich 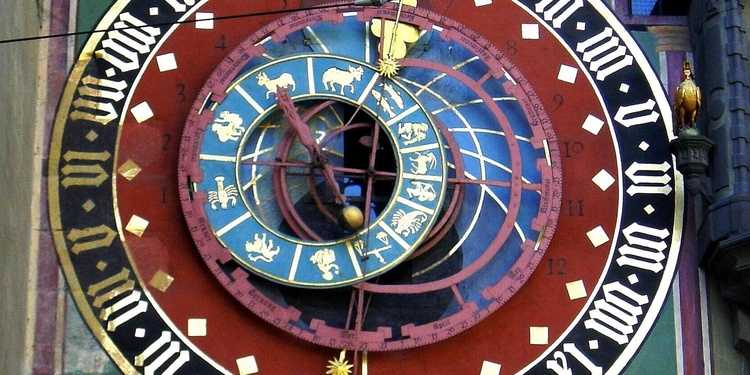 The Astrological clock on the Clock Tower Photo © Bern Tourism

The old town of Bern is in fact a UNESCO World Heritage Site and when we visited last week on a gorgeous sunny day we took a few photos to give you a feeling for the city.

Berne’s origins date back to the 12th century and the preserved medieval architecture in the Old Town town is beautiful to behold. The new-Renaissance Bundeshaus is where the Swiss Parliament and diplomats meet and there are plenty other historic buidlings to view and to visit including St. Lambertus Church and Castle Tower – which both date back to the 13th century. Everywhere you go there are many fountains (with of course fresh drinking water) and lots of beautiful buildings with sandstone facades as well as leafy areas where you can sit and have a coffee at an outdoor kiosk. 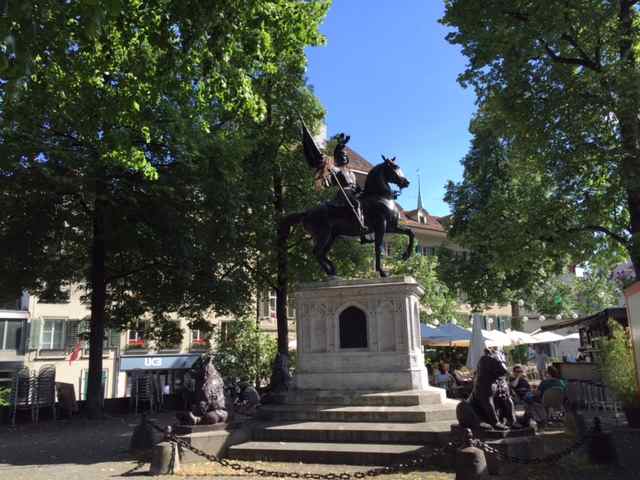 Things To Do in Bern

– stroll around the windy, narrow streets past the sandstone buildings, and enjoy the beautiful architecture of this UNESCO world heritage site 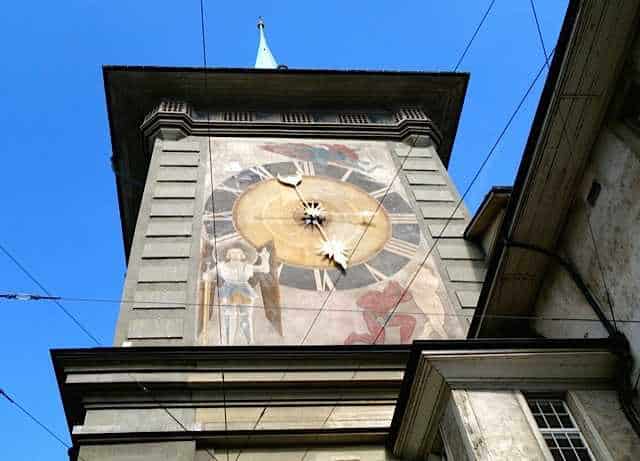 – view the Zytglogge Tower. Built in the 13th Century it is one of the landmarks of Bern and as well as a guard tower and a clock tower it has also served as a prison. The astronomical clock with its moving figures served as the main clock for the city and was built in 1530.

– a trip to the Zentrum Paul Klee with the most comprehensive collection of works by the artist Paul Klee, situated on the edge of the city. The distinctive wave-shaped building was designed by the Italian architect Renzo Piano. See here for a previous article about a visit there. 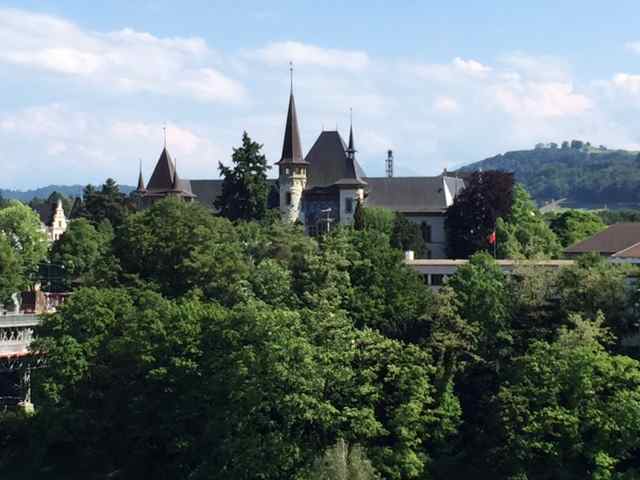 – take a look at the Albert Einstein House and the Bern Historic Museum and the Einstein Museum. The physics genius stayed in Bern in the early part of the 20th century and the city proudly remembers him. There is also the Art Museum, the Swiss Alpine Museum and the Communication Museum Bern to complete your fill of museums and exhibitions. 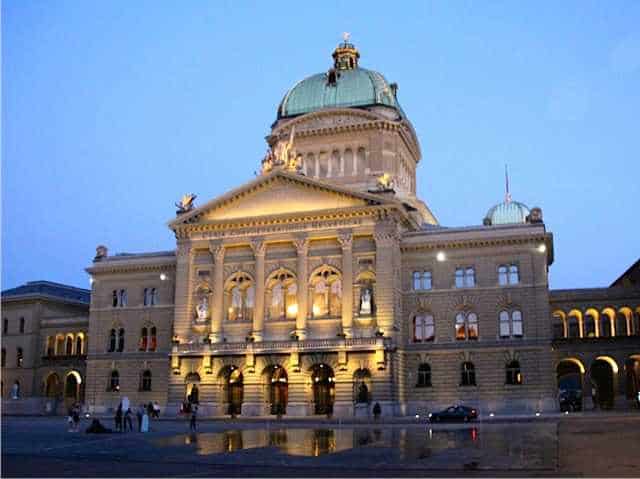 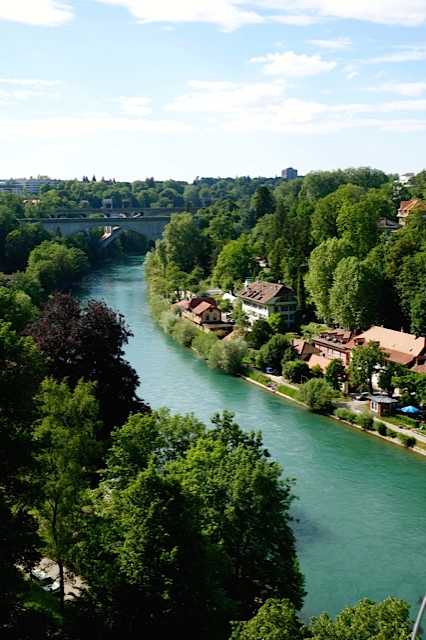 – take a dip in the river! In the Summer the River Aare is a refreshing place to cool off on hot sunny days. 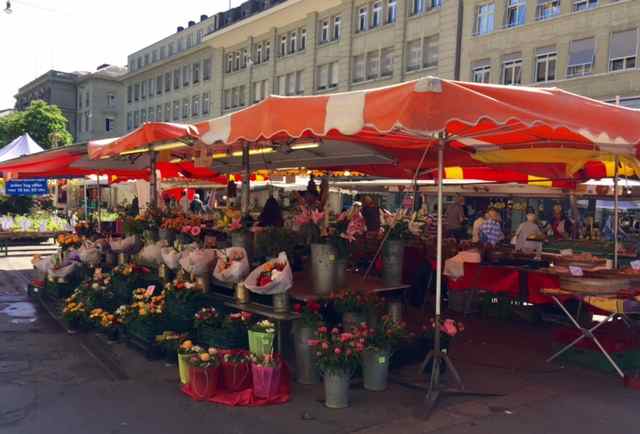 – stroll around the markets. There are some great markets in the city squares and a famous one, the “Onion Market” (Zibelemärit) takes place on the fourth Monday of  November and is definitely worth a visit. Be prepared to get up early though as this one starts in the early hours! 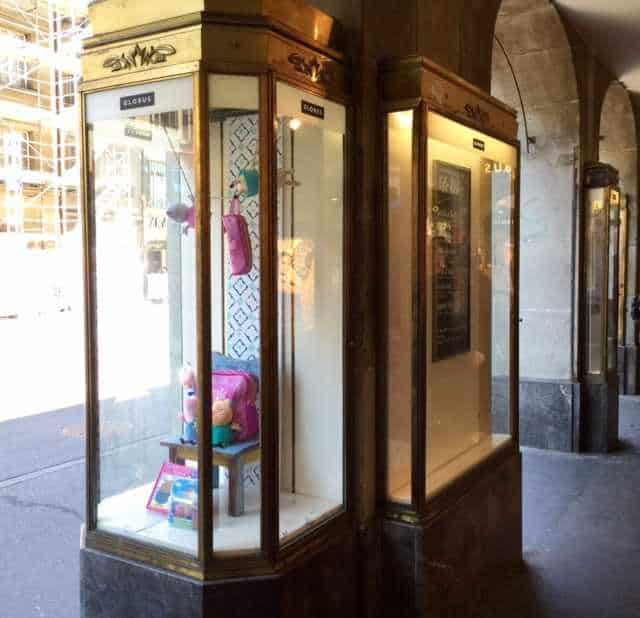 – shop till you drop come rain or shine under the shelter of the Arcades or visit one of Bern’s international designers such as Javier Reyes. 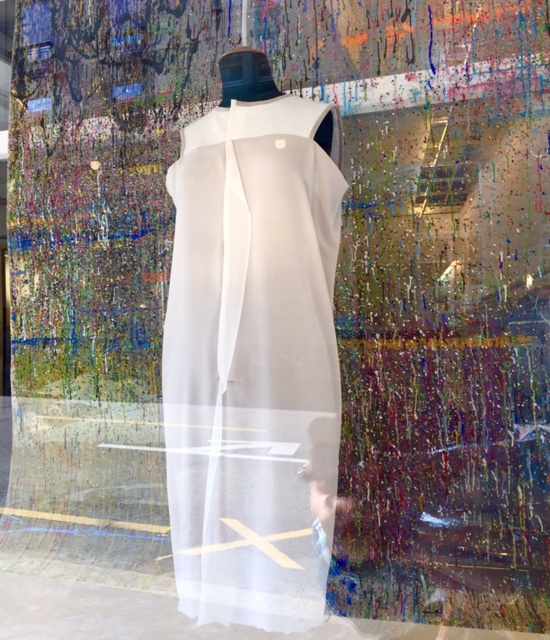 – the Bear Park is currently under renovation until September 2015. For more information see here 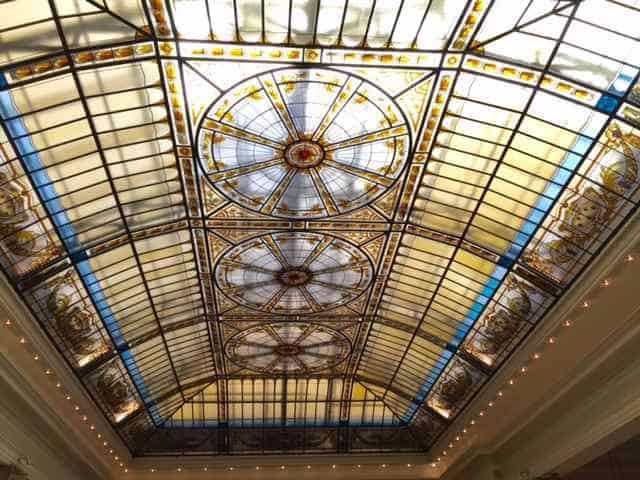 – stop by for a coffee or a cocktail (and great views) on the terrace of the Bellevue Palace Hotel in Bern. Not only is the interior stunning, especially the stained glass roof in the lobby (above), but the staff recently won a prize for the friendliest staff in Switzerland! A definite reason to visit! 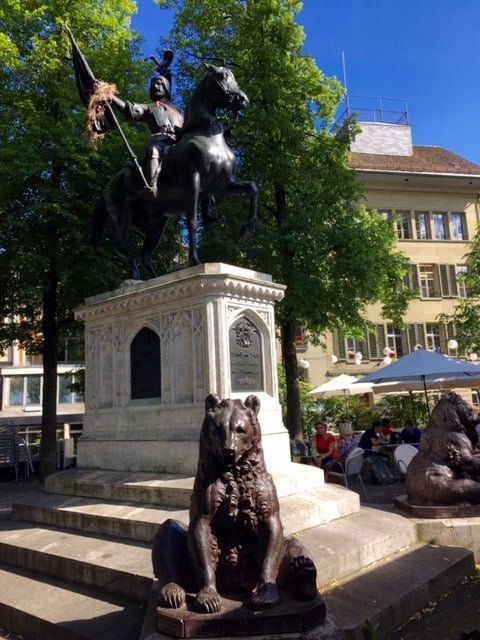 For great views – the Rose Garden above the Bear Park as well as from the bridge across the Ricer Aare and the platform of the 101-metre-high cathedral tower.

In July the Gurten Festival takes place close to Berne attracting tens of thousands of people for this international music festival.

For more information visit Bern Tourism website. Whatever you do in Bern have fun – and why not share with us your favourite tips below!