The Jacksons Are In Zurich For Art On Ice 2016 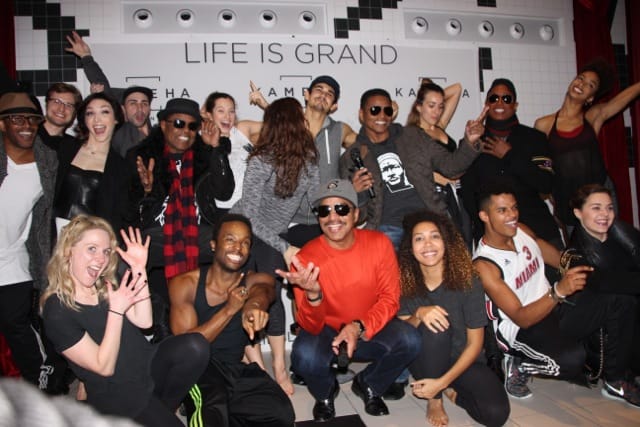 The Jacksons Are In Zurich 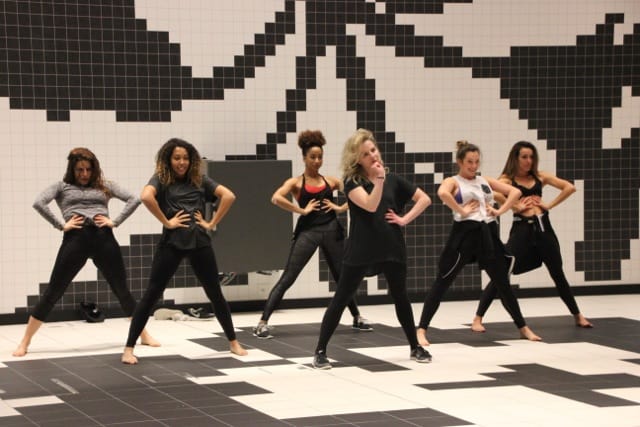 Yes, the Jacksons are in town! They’ve arrived for Art On Ice 2016 and along with Jessie J and James Gruntz they will be providing the musical entertainment for the event. NewInZurich were lucky enough to catch up with Jackie, Jermaine, Marlon and Tito as rehearsals were taking place, not on the ice rink, but in the large ballroom at the Kameha Grand Hotel in Zurich. 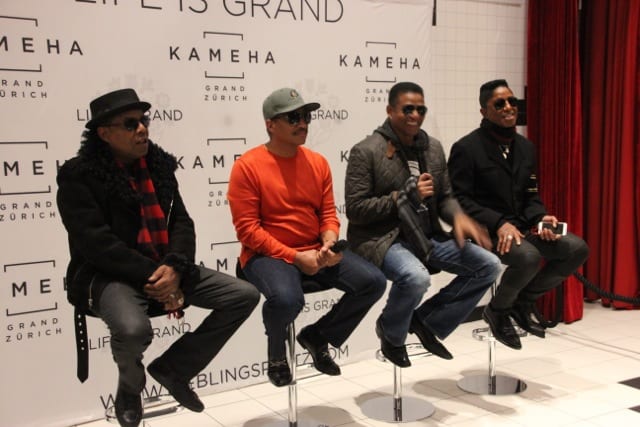 The Jacksons took some time out for questions and told us that it was not their first time in Switzerland – or even in Zurich. They were happy to be here and were looking forward to working with all the talented figure skaters and artists at the show which starts on 4th February and continues until 7th February in Zurich before moving to the next leg of the tour in Lausanne on the 9th and 10th, and then finishing in Davos on the 12th and 13th February. They seemed at home in Switzerland and were very relaxed and laughing and joking as we caught up with them. 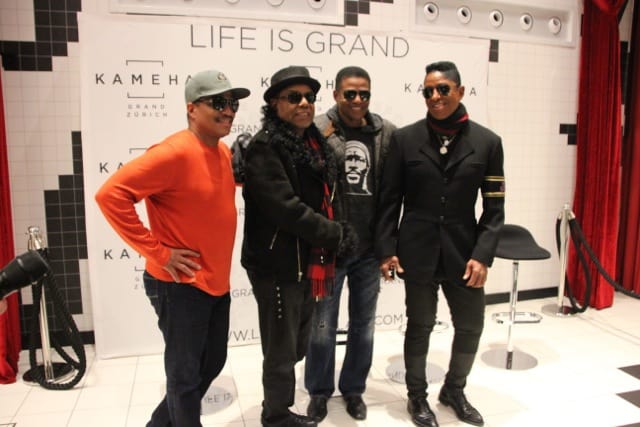 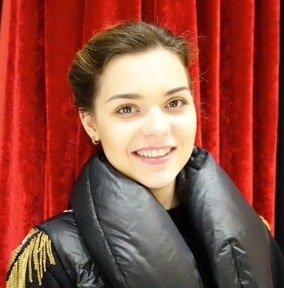 Olympic ice skating champion Adelina Sotnikova, who won Gold at Sochi was also there for the rehearsals. Petite and friendly, the 19 year old was practising some of the moves with the dancers as we caught up with her.  She said that she was very happy to be in Zurich but so far she hadn’t had a chance to explore the city. She had, however, managed to get her hands on some Swiss chocolate which she thought to be very good and was hoping find time to discover some more in town later on!  She said she was very excited to be part of Art On Ice this year and was greatly looking forward to it. 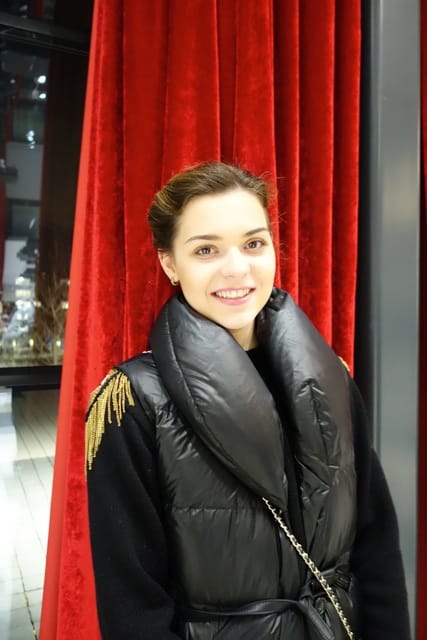 Meryl Davies and Charlie White, Olympic champions in the dance in 2014 as well as winning the Olympic Team Bronze 2014 were also very happy to be taking part in Art On Ice.  They are currently the longest lasting ice dance team in the United States and both hail from Detroit and said they had been extremely impressed with the high quality of the other performers, dancers, musicians and skaters. They said they’d really got to know some of the other skaters quite well, for example, Swiss figure skating champion Stéphane Lambiel, and that he was a great joy to be with whilst they were on tour. 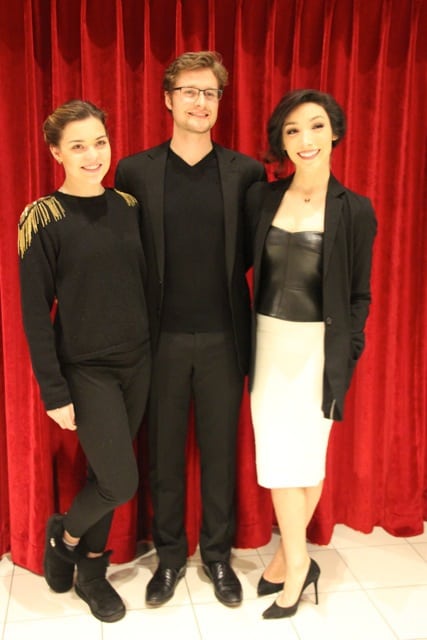 They said that it was fun taking part in the show as they were not competing at the moment and it was a different type of work. They plan to get out and explore Zurich soon, as both their mums are coming over and Charlie’s wife was coming over too. They have had extensive experience in “Dancing with the Stars” in the US and they really enjoy working with performers from different fields.

The Line up for the ice skaters for Art On Ice 2016 is as follows:

The Musical Entertainment will be provided by:

You can buy tickets here. 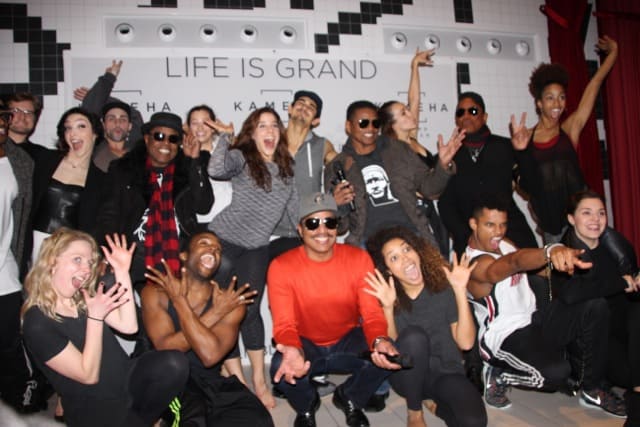 You can read about Art On Ice’s 20 Year Anniversary here.

You can read about Daisuke Takahashi at Art On Ice last year here. 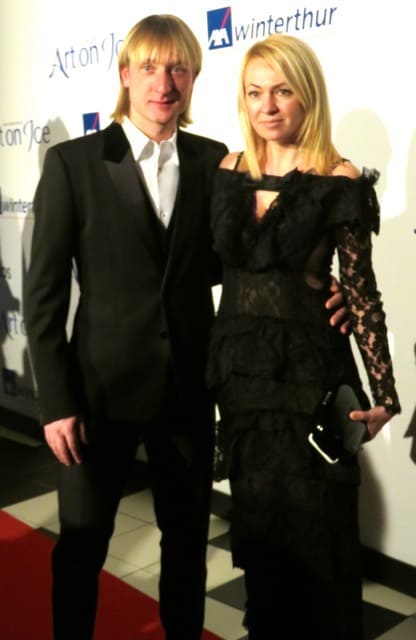 Evgeni Plushenko and his wife at Art On Ice 2016

Our latest article: Art On Ice Zurich 2016 Off To a Flying Start

Photos of Evgeni Plushenko in action on the ice here

What’s On in Zurich End of January Early February 2016