Getting to Know George Bar & Grill in Zurich 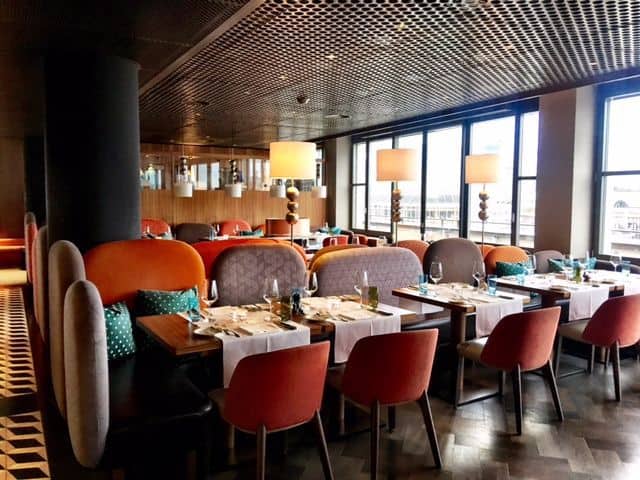 Getting to Know George Bar & Grill in Zurich

So who is George? Nobody actually knows. When he first opened his restaurant in Zurich he sent out invitations telling everyone he was new in town and could they come over for a drink? However, it appears he didn’t turn up to his own do – so even now nobody’s any the wiser! Apparently he’s a cross between James Bond, James Dean and any other cool guy you care to mention. In any case, he has a great restaurant in Zurich, just up from Paradeplatz and that’s where we went on Saturday night. 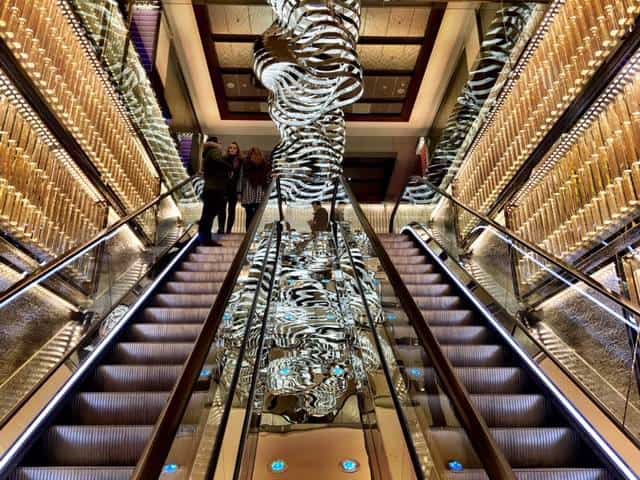 George Bar and Grill is located just above the Casino in Sihlstrasse and has a great view over the city. We were there early evening and started off with a “Winter George” cocktail. As it was raining outside and blowing a gale, this warming drink was a real lifesaver!  Made up of a combination of amaretto, cointreau, orange juice and nutmeg and it was exotic and familiar at the same time and made a great apéritif. It comes in miniature brandy flasks and you give it a shake and pour it into your glass. 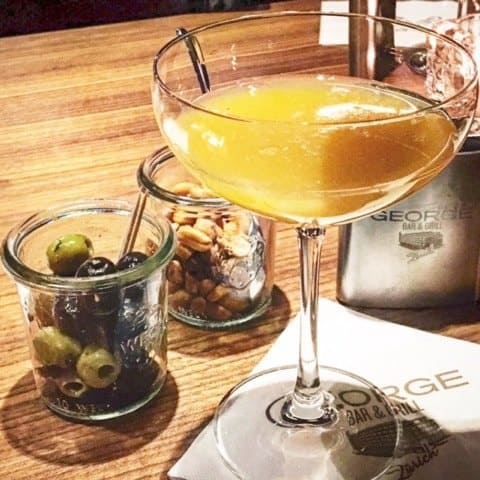 After the cocktail we took our seats at a table towards the back of the restaurant which is a great area for big groups as you get some privacy if you’re a large party, yet you don’t feel as if you’re away from the action. The restaurant was packed as it was a Saturday night (tip: always make a reservation a few days in advance as the weekend always gets booked up). We had a choice of Lobster soup or a salad of beetroot and goats cheese for starters. I went for the latter which was beautifully presented and the goats cheese was divine – crumbly yet rich and with a lovely taste. In between courses we had a refreshing palate-cleansing cocktail sorbet made with cucumber, mint and Hendrick’s gin. 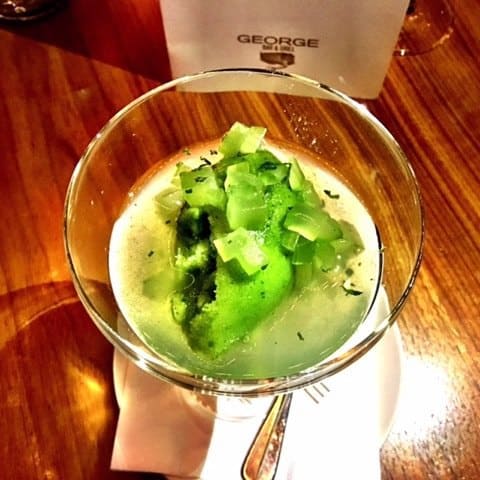 The main course was a real treat for meat eaters – as we had bone in rib eye steak and tenderloin from Swiss Black Angus beef from Ennetbürgen. It was served alongside giant crevettes and a selection of vegetables and my absolute favourite – truffle chips! 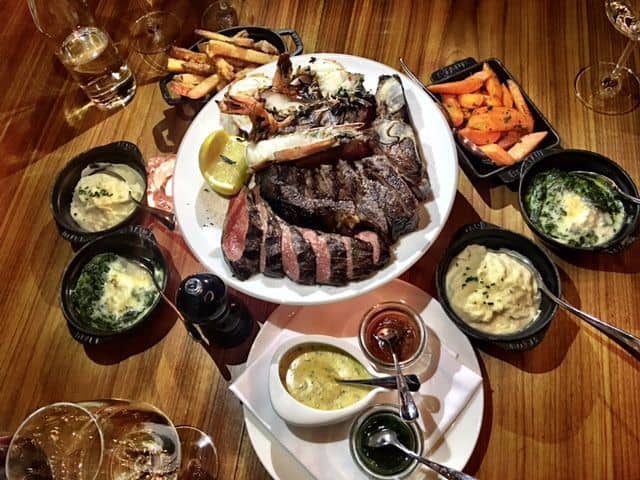 I don’t know who came up with the invention of truffle chips – but it’s certainly a very dangerous one as they are extremely moreish! The meat was beautifully cooked – rare in the middle with a smokey barbecue taste on the outside – simply delicious! Together with all the side dishes this really was a feast and as such I really should have done without dessert. However when dessert is a warm chocolate cake with a runny, molten chocolate centre and it’s served with a beautiful ice cream (as well as a fruit salad on the side) it’s hard to say no. 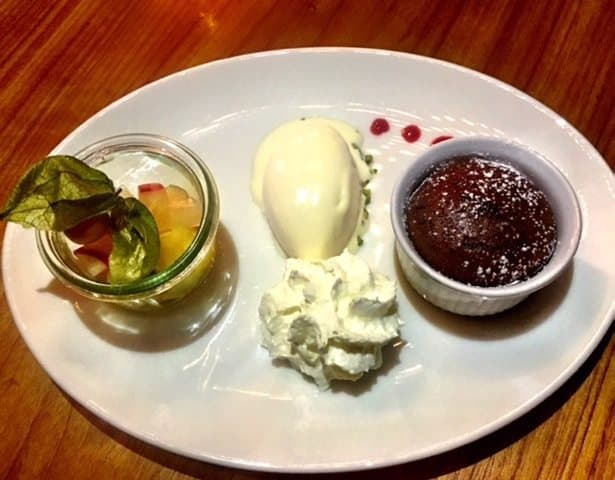 Afterwards we went for a quick tour of the large kitchens where everything was spic and span and we even had a quick peek into the walk in refrigerator where all the meat is kept. 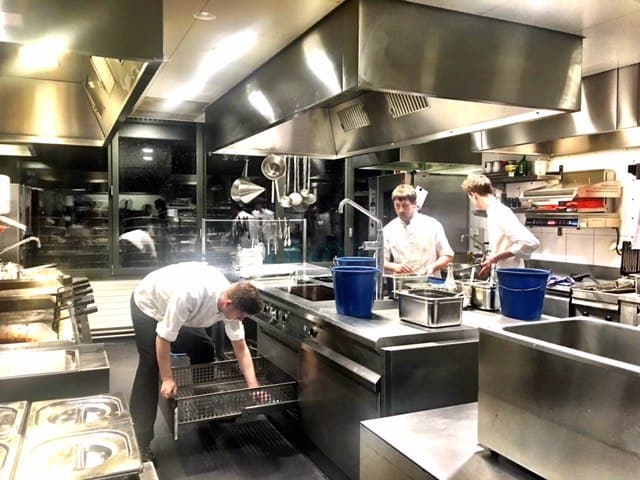 It was a lovely evening with great food and we will definitely be coming back. With thanks to Harry and Carrie from HarrysDing, Robin and the whole George team and to Local.ch for their support in organising the event.

Before the event we visited Max Chocolatier for an Apéro. Article about Max to follow.

A Trip to The Maison Cailler Chocolate Factory in Broc

Wonderful Gourmet Festival of Arts at the Hotel...

Guide To Top Vegan and Vegetarian Restaurants in...