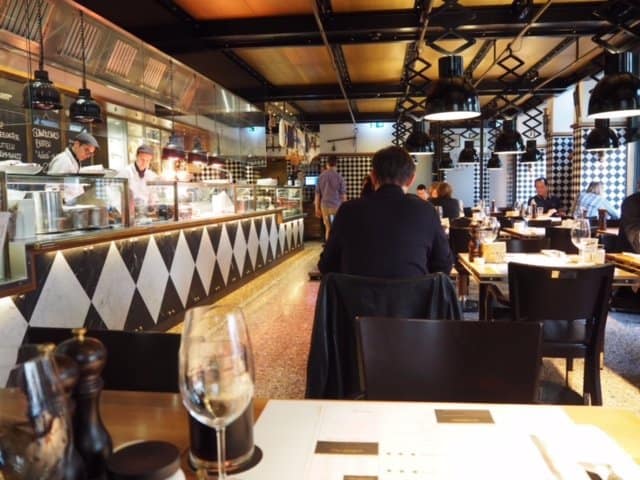 Dinner at the August Restaurant Zurich 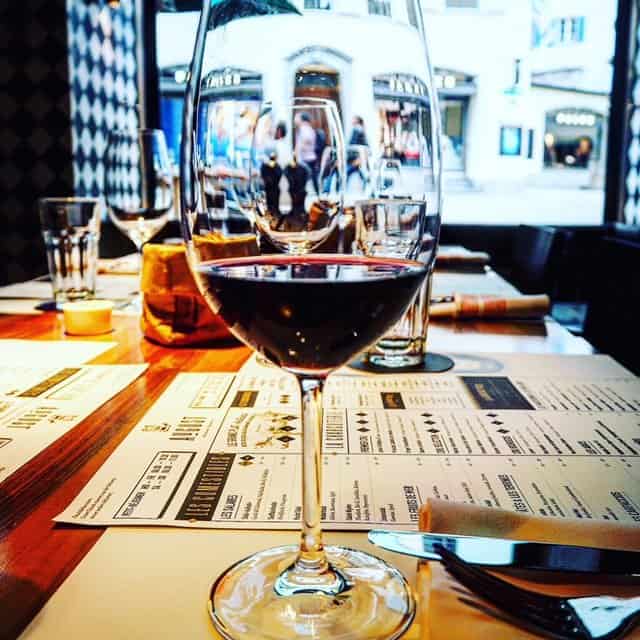 A few weeks ago we went for dinner at the August Restaurant, part of the Hotel Widder located in Rennweg, right in the heart of Zurich. I’ve often walked past the restaurant and when the weather is good it’s a great place for sitting at their wooden tables outside for drinks – but this was the first time I’d eaten there.

As you enter you see that it’s in the style of a traditional French style “boucherie” with the glazed tiles and the cured meat hanging down the walls. We were greeted warmly as we arrived and were seated on a table close to the large open windows where we could see out directly onto the street and our waiter handed us the menu.

Once you see the menu you realise that August really is a mecca for carnivores! It’s not really a place for vegetarians – although pescatarians are catered for as it does have some fish dishes. Unlike American or British steak houses, however,  it doesn’t concentrate just on steaks, but it has a wide selection of meat of all types. Its offerings range from air dried hams and cold cuts, through to offal, to a variety of sausages, casseroles and of course steak. 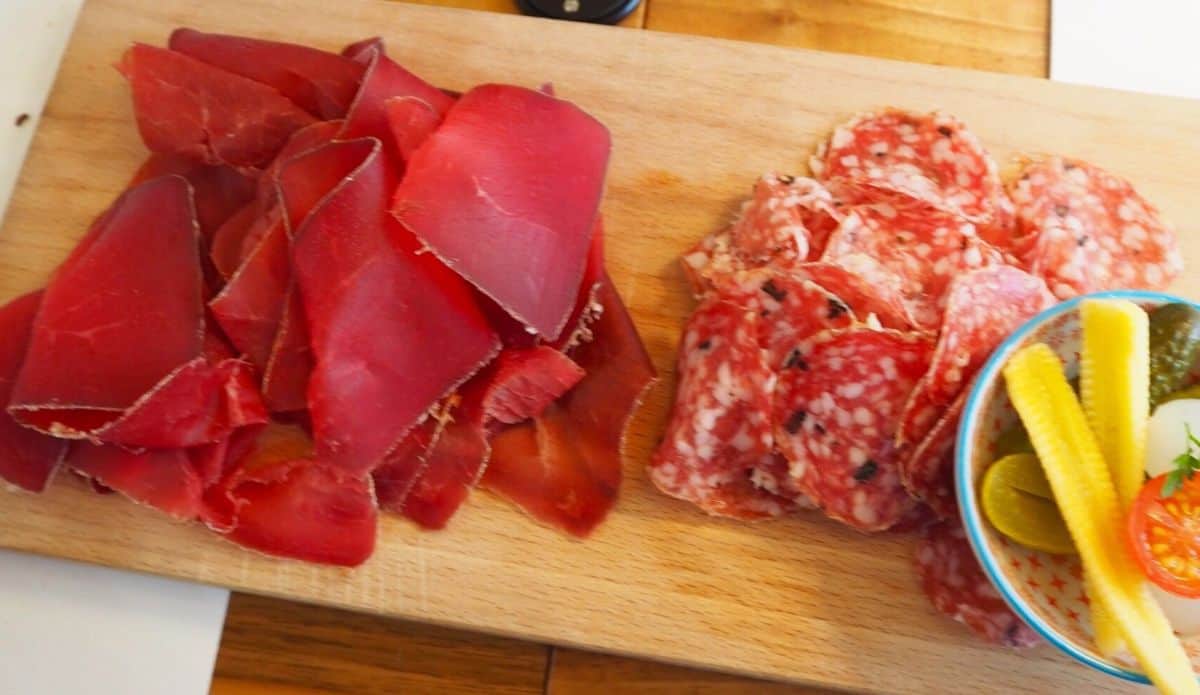 Since meat was their speciality we decided to start with a mixed platter of cold meats, which was tasty and simply presented with pickles on a wooden board. What is nice is that you can order the cold meats by weight in 50g, 100g or 200g amounts depending on how hungry you feel.

After discovering that our waiter spoke perfect English, he helped us with recommendations from the menu and also to select a full bodied red wine to accompany our main courses. After our meat platter we chose a filet steak and one of the pork specials of the day for our mains. 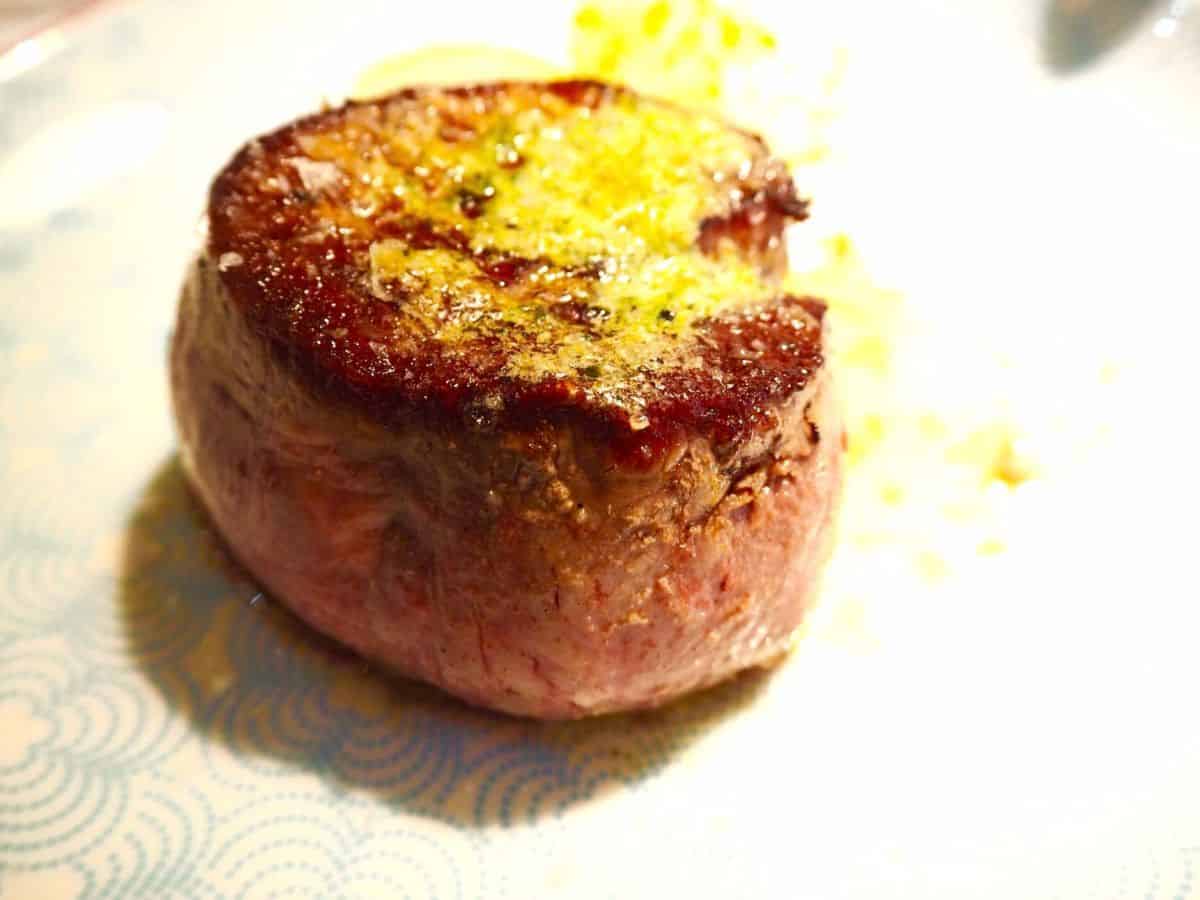 Both were delicious and cooked to perfection. We accompanied our choice of meat with a good selection of vegetables and some of their extremely more-ish chips! 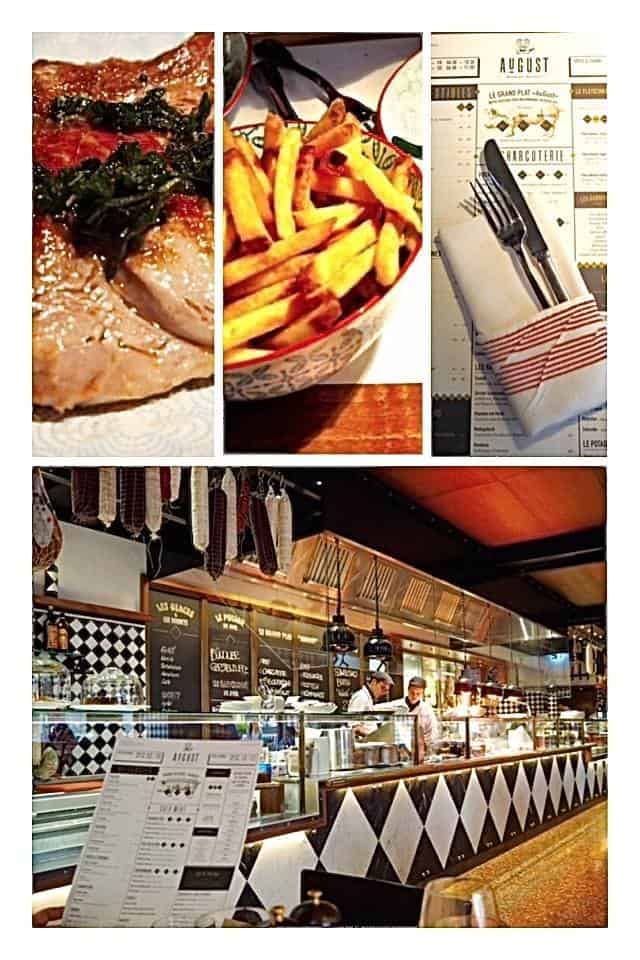 By this stage we were feeling quite full and although the cream slices were proclaimed to be “the best in Zuirch” by our neighbour at the next table, we declined. Along with the chocolate cake they looked delicious and very tempting, but instead we opted for coffee. 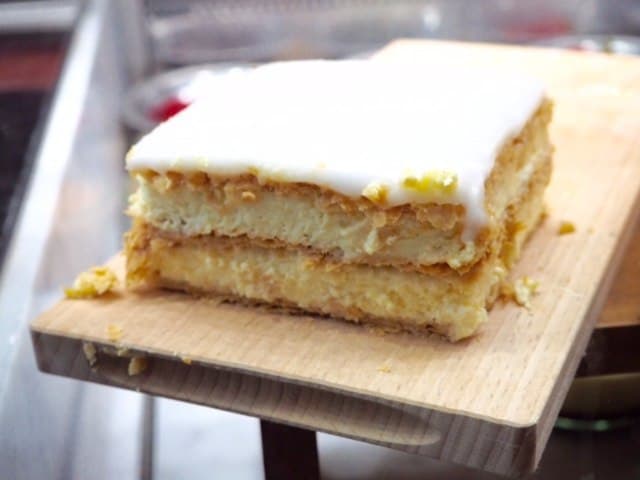 We really liked the ambiance of the restaurant as it wasn’t at all stuffy and it’s a great place to go for a casual lunch or dinner and would be an idea location to meet up with a group of friends. The evening we visited they kept the big front windows open which gave it a nice alfresco feel even though we were seated inside the restaurant.

AuGust is a great addition to Zurich’s gastro scene and at the Swiss Gastro Awards for 2016 they won an award – more details here. The restaurant is open 7 days a week and they are also open for breakfast too – even on Sundays. So why not give it a try next time you’re in Rennweg?

For more details and a map take a look at Local.ch here

Latest posts you may have missed:

Try out a Freitag F512 Vogager Travel Bag for Free

What’s On In Zurich Beginning of June 2022