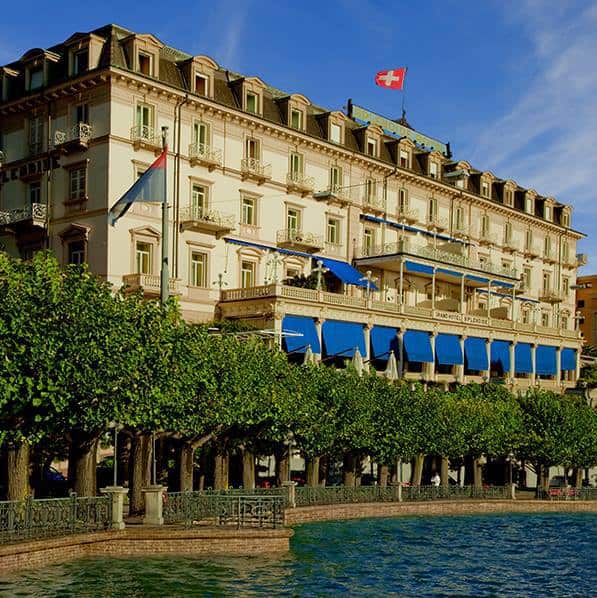 Lucky for guests, the Hotel Splendide Royal, a five-star neo-classical grande dame in a prime location along Lake Lugano’s promenade, has changed little in its 130-year history. Stunning views, magnificent rooms, impeccable service and a first-class restaurant are just the beginning.

Converted from a palace into a hotel by Riccardo Fedele in 1887 to host kings, queens, dukes and their stylish friends, the Splendide has royal blood, or rather, catering-to-royals blood. Thus, the Belle Époque décor and general atmosphere are regal, stately and elegant, but, after numerous renewals over the years, still fresh and appealing. 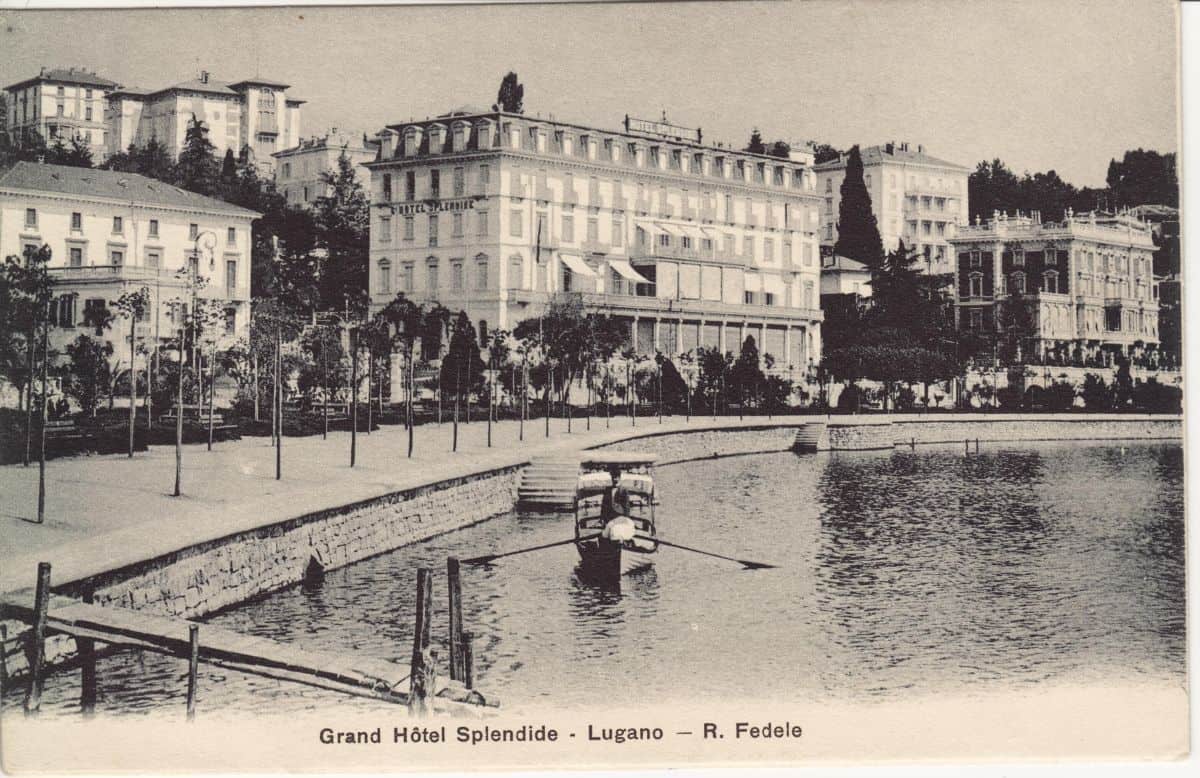 So appealing that it holds a five-star Swiss Deluxe Hotel rating, and was ranked in the top 15 Leading Hotels of the World in 2016. Recent prominent guests have included power players like Francois Mitterand and the Aga Khan as well as celebrities like Tina Turner, Donald Sutherland and DJ Antoine. 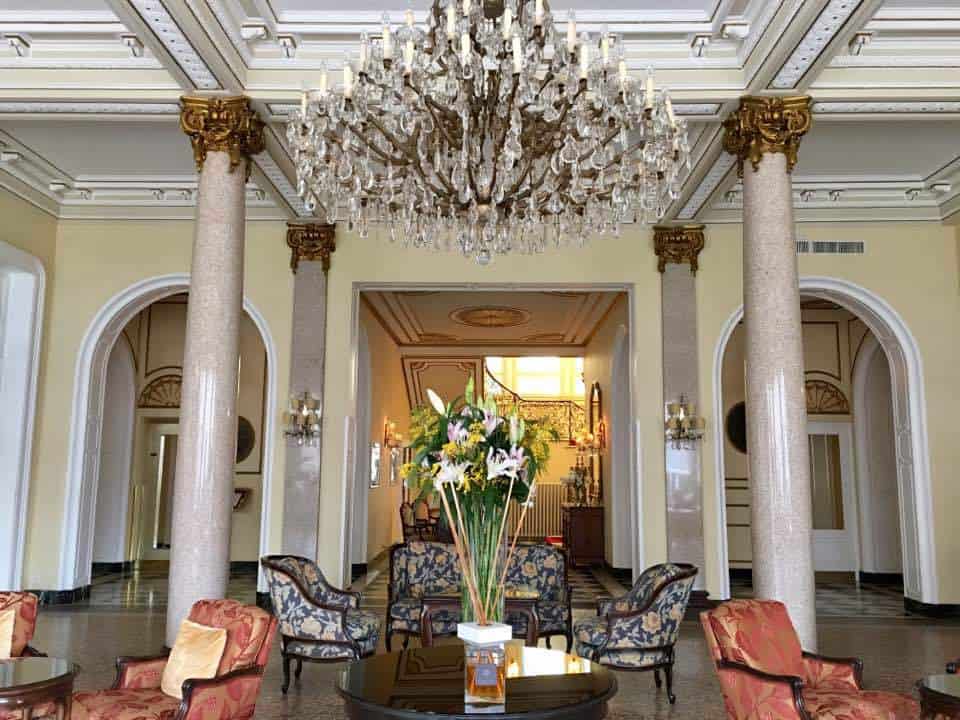 The look is fancy and formal, but the feeling, conveyed by the staff, and under the direction of general manger Giuseppe Rossi, only the 5th in the hotel’s history, is convivial and attentive. In the lobby, soaring ceilings are matched by giant marble columns, which are matched by grand gold-and crystal chandeliers. The adjacent Belle Epoque Bar is a sparkly new addition, especially as it’s manned all day by a smiling white-tux-wearing gent who wishes guests “buon giono” at every passing. 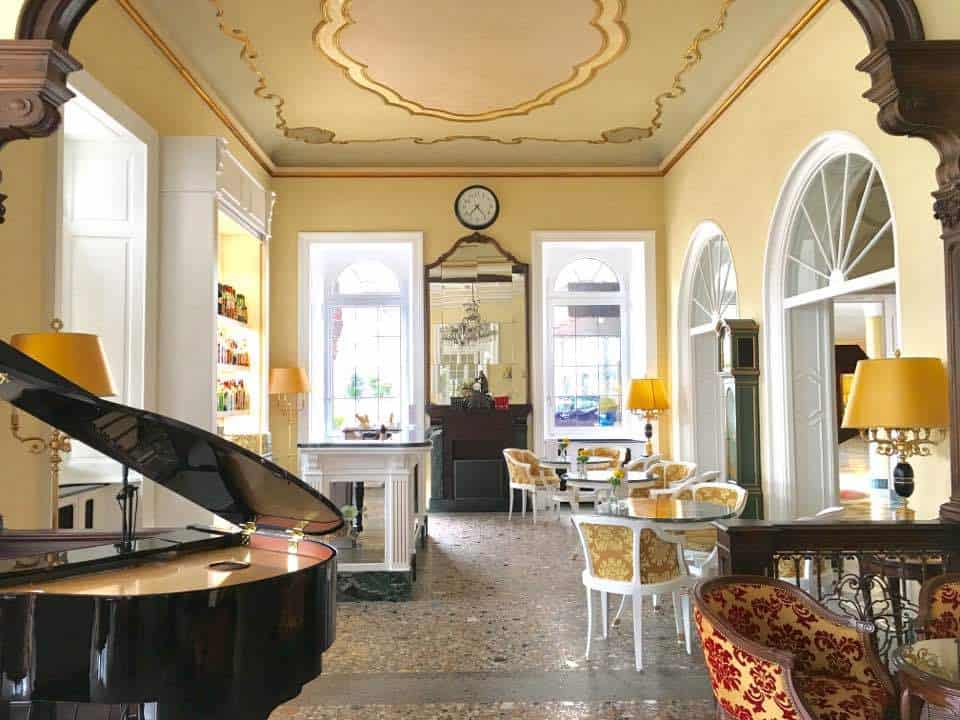 Guest rooms in both the main palace building and the newer executive wing are spacious, gracious and highly inviting, especially the ones on the lakefront with terraces. The views are mesmerizing and have all the drama of a one-act play: lush green mountains, sparkling glacial water and the irony of snow-covered alps in the background. Just a warning: You could be there all day. 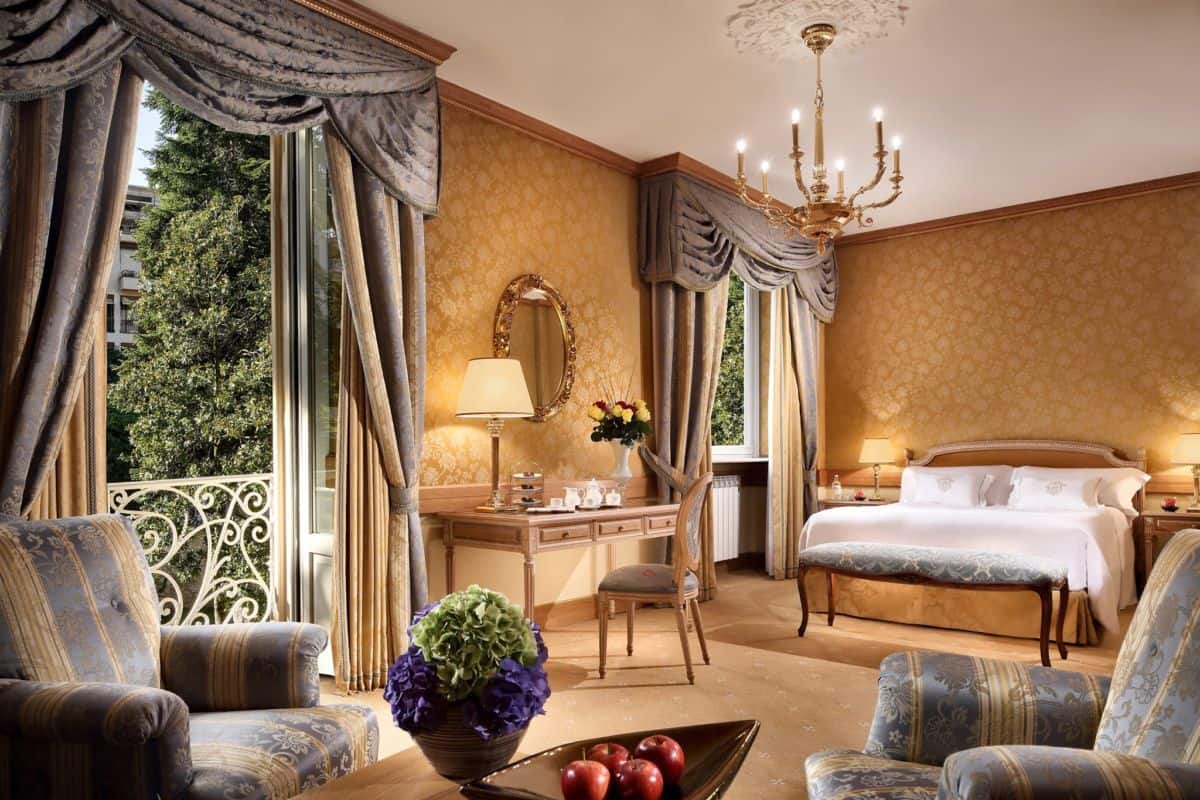 Room categories range from executive superior doubles to “palatial” suites, and while no two rooms are exactly alike, each hosts a variation of authentic and reproduced antique furniture done in rich shades of yellow, blue and red and accessorized with dazzling antique and Murano glass chandeliers. 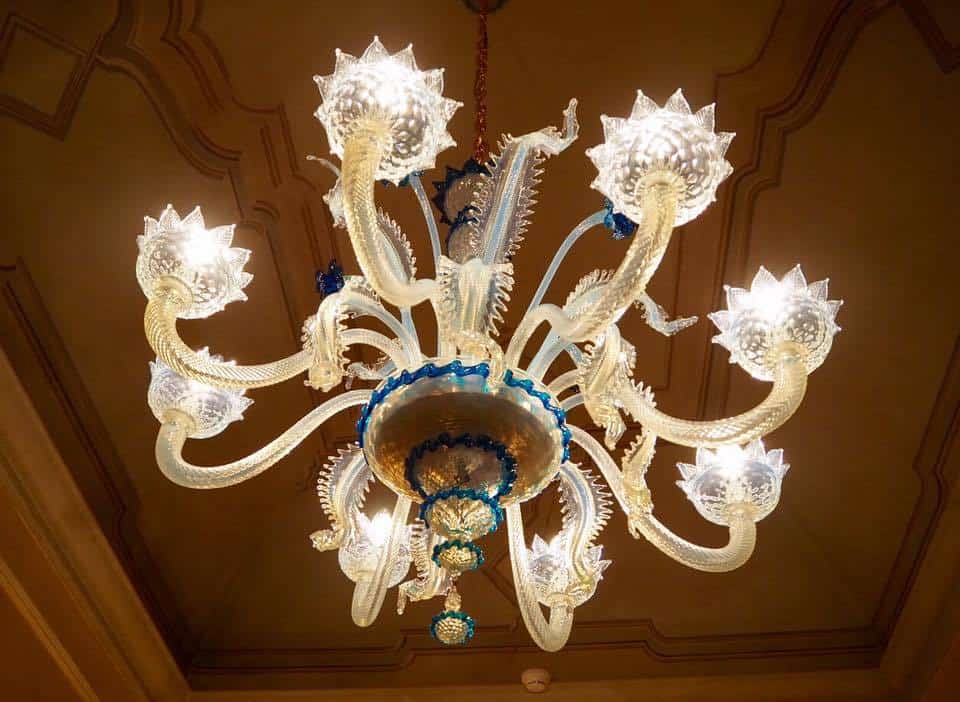 Rooms on the first floor of the palace (where royalty always stayed) have the highest ceilings at 4 meters 70cm, while rooms in the executive wing are considerably lower. 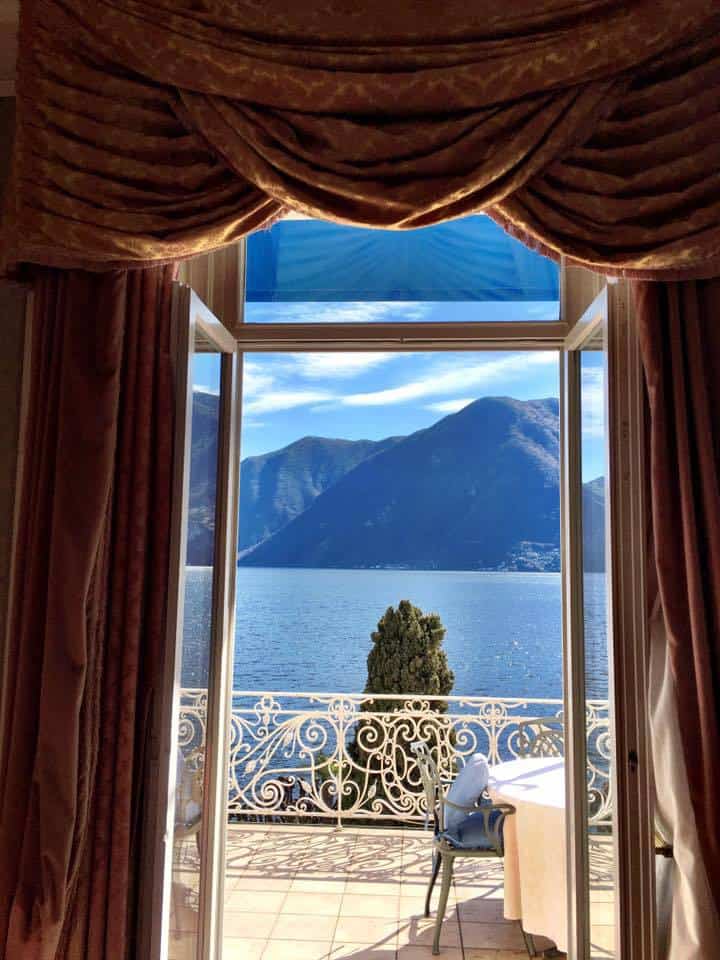 There are two restaurants. La Veranda is indoors and offers fine dining with a grand view of the lake, while La Terrazza, which is only open during the summer months, is a terrace area adjacent to La Veranda and serves food from its a la carte menu. 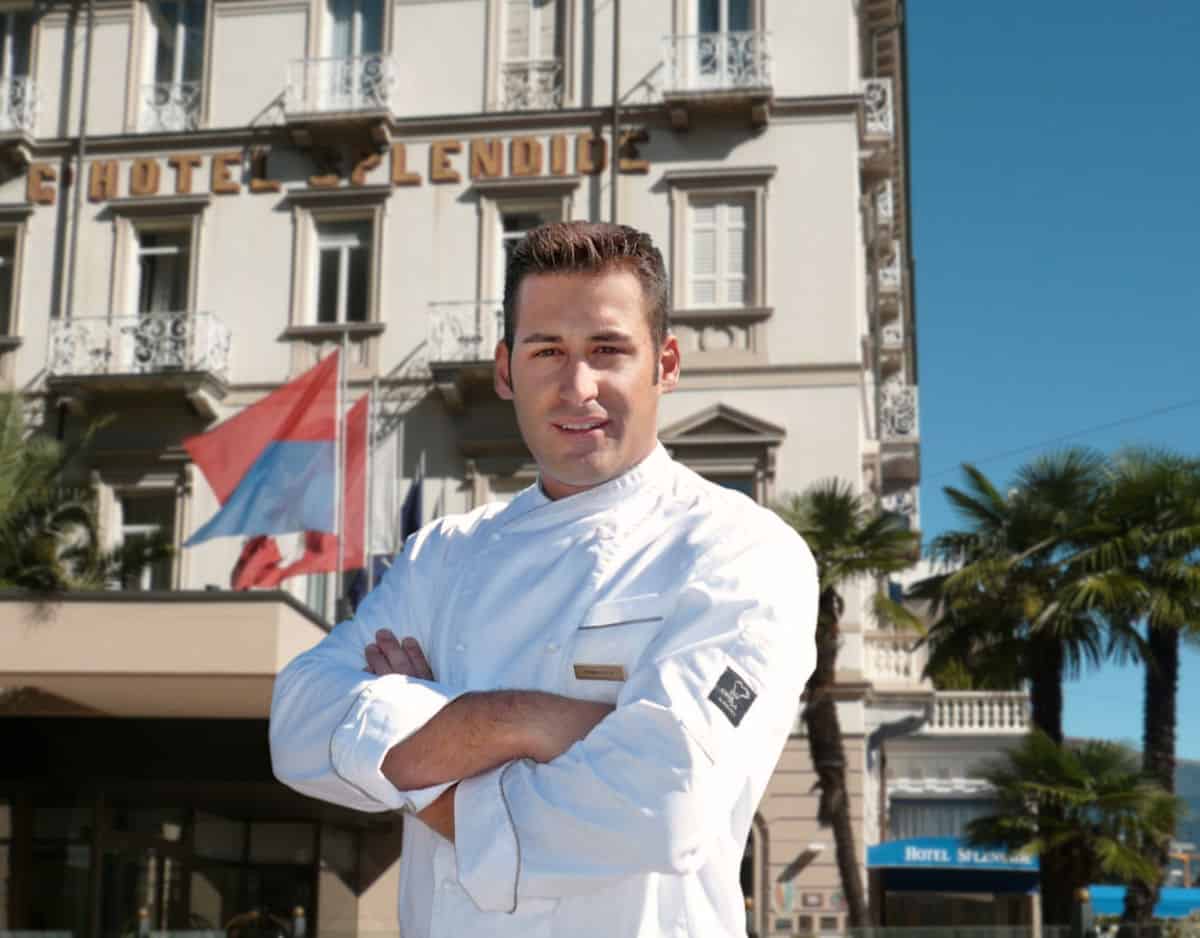 Under the direction of an accomplished and inventive Calabrian chef, Domenico Ruberto, the cuisine at La Veranda artfully blends the “two souths” of Italy and Switzerland and offers a bit of a culinary revolution. In the pumpkin-licorice risotto, we were surprised to see flavours come together that don’t usually even occupy the same course.

Another bonus was that we realized we actually do like licorice. Other highlights included a delicious prawn with lentils starter, lightly seared pork belly and an after-dinner limoncello made with Bergamote. 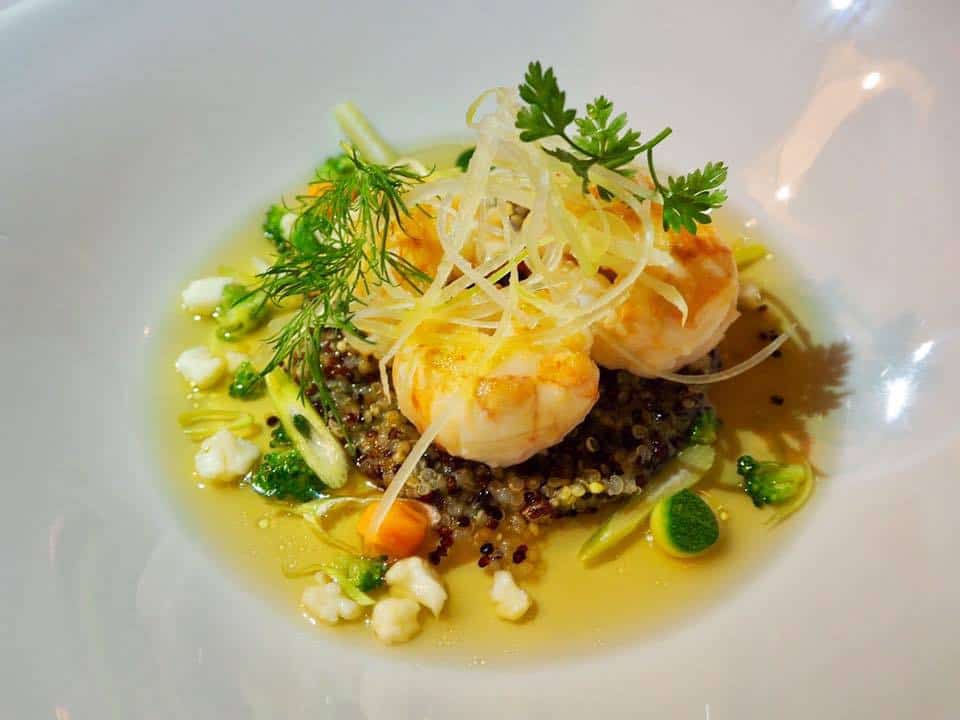 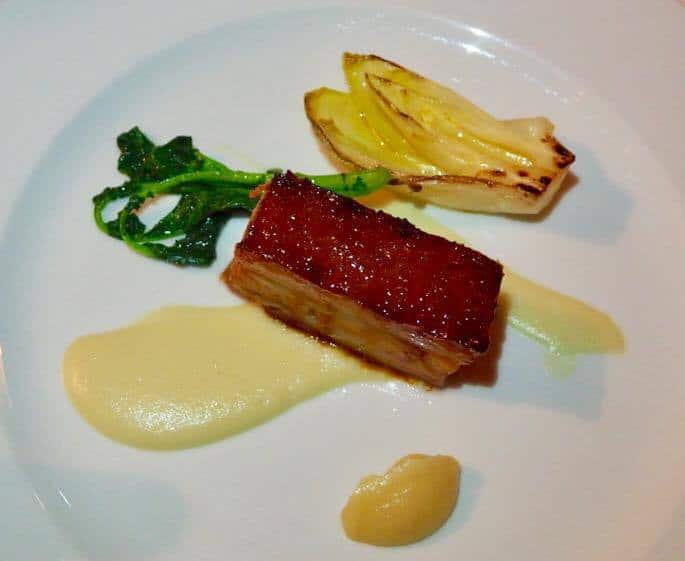 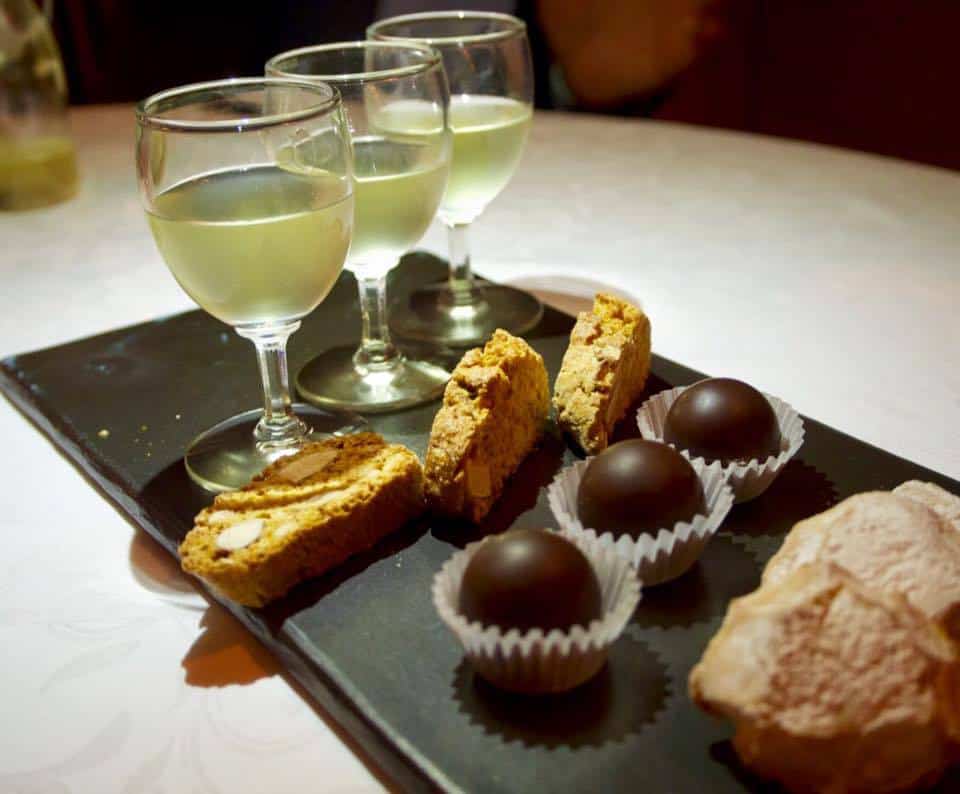 A recently refurbished wine cellar stands invitingly across from the restaurant and can be used as a private dining area. Under the direction of yet another master, sommelier Simone Ragusa, it begs guests to sample its over 450 offerings, one-third of which come from Ticino. 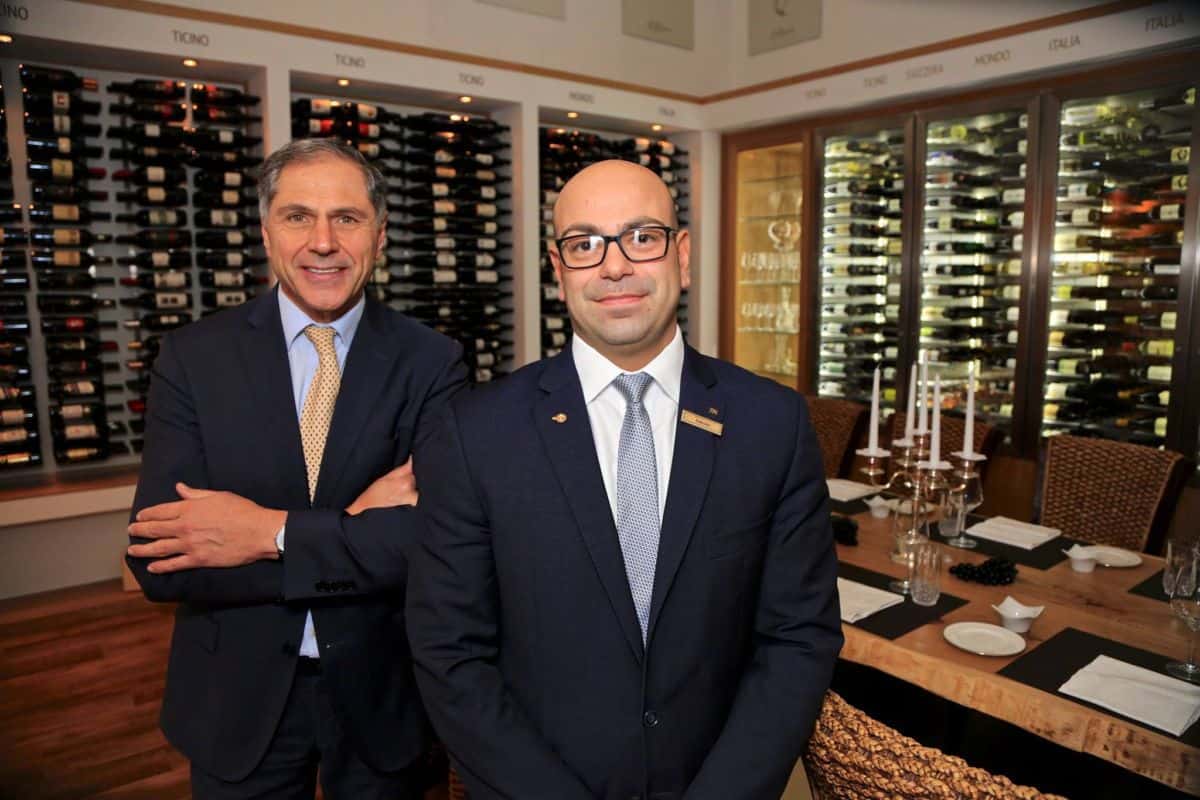 Mr. Ragusa, who was awarded the honor of “Best Sommelier of Switzerland of 2014,” explained that Ticino “produces mostly red wine ninety-four percent,” and of that “eighty-seven percent is Merlot.” We were also surprised by another regional specialty, white merlot, a light and refreshing rosé-style wine that paired well with the pumpkin-licorice risotto. 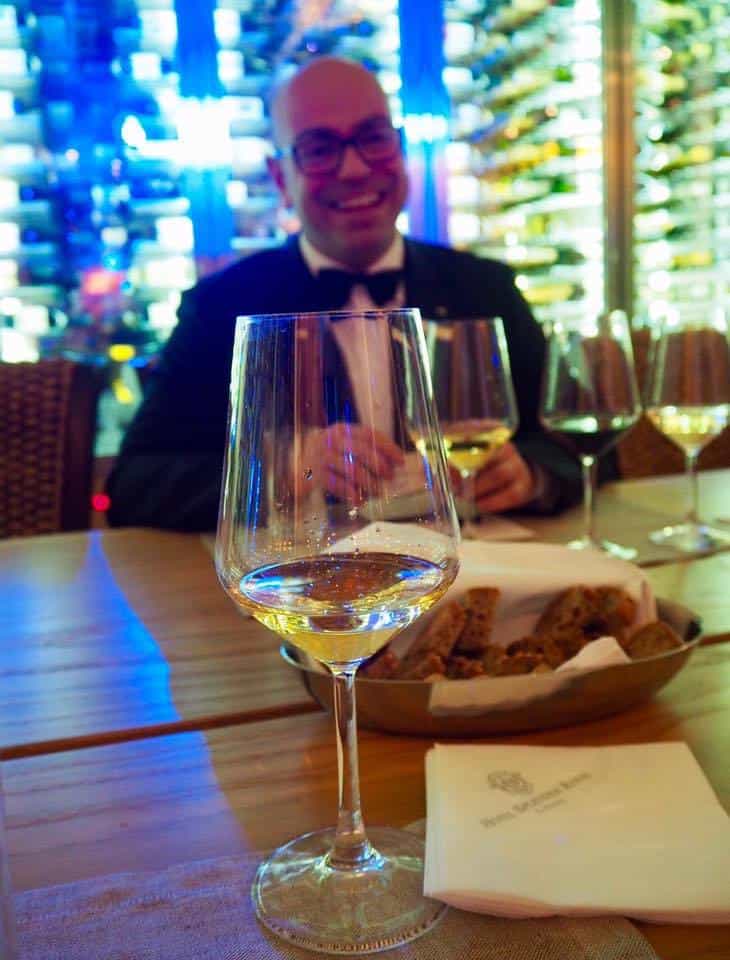 Service All the Way

Service, a priority for Mr. Rossi, is of the highest quality at all levels. From the first moment when a smiling driver whisked us from the Lugano Bahnhof to the hotel in a waiting Maserati, and, throughout our stay, there wasn’t a moment we weren’t fully accommodated. It might be “good to be king” but possibly even better to be a guest at the Splendide. 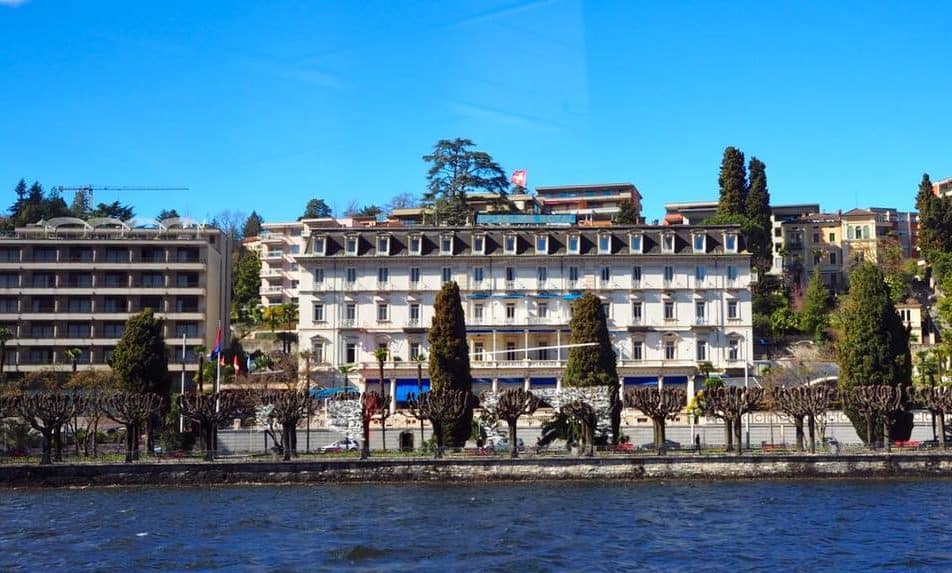 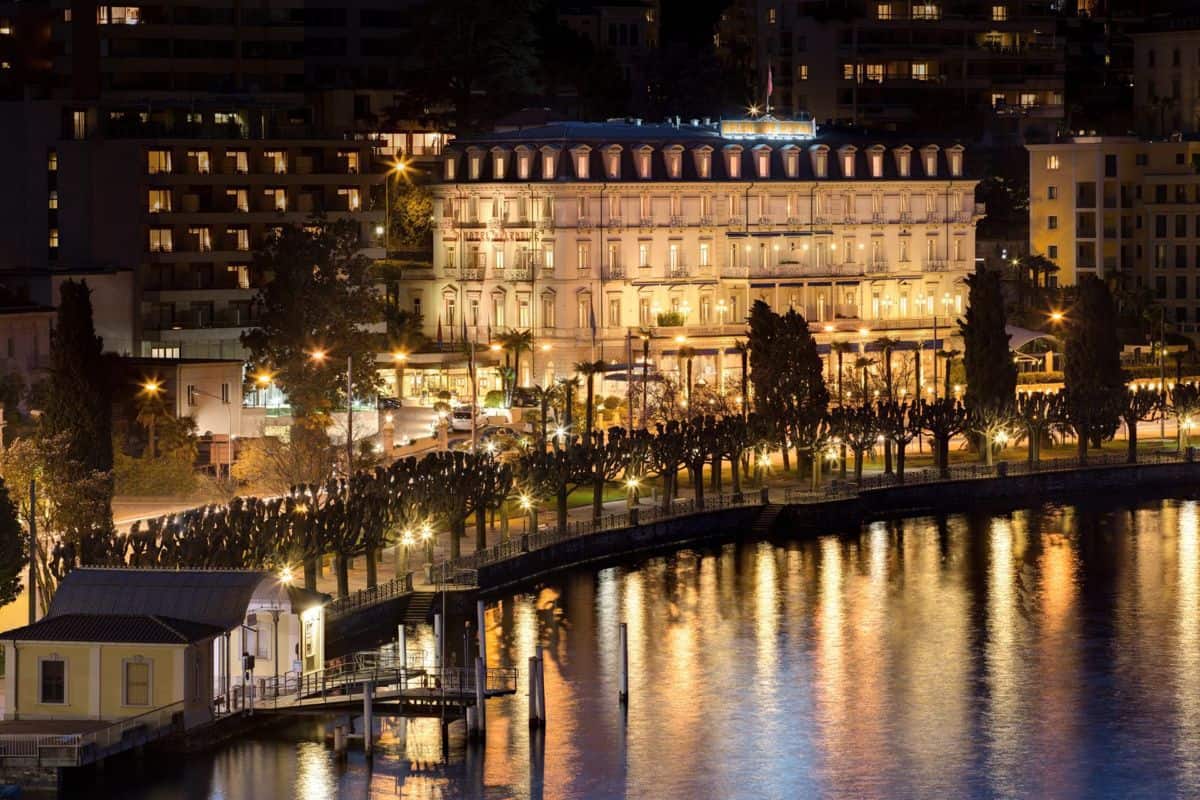 Jennifer is a  Zurich-based freelance journalist who has written for The Los Angeles Times, The Wall Street Journal and Elle, among many others.

What’s On in Zurich End of March Early April 2017