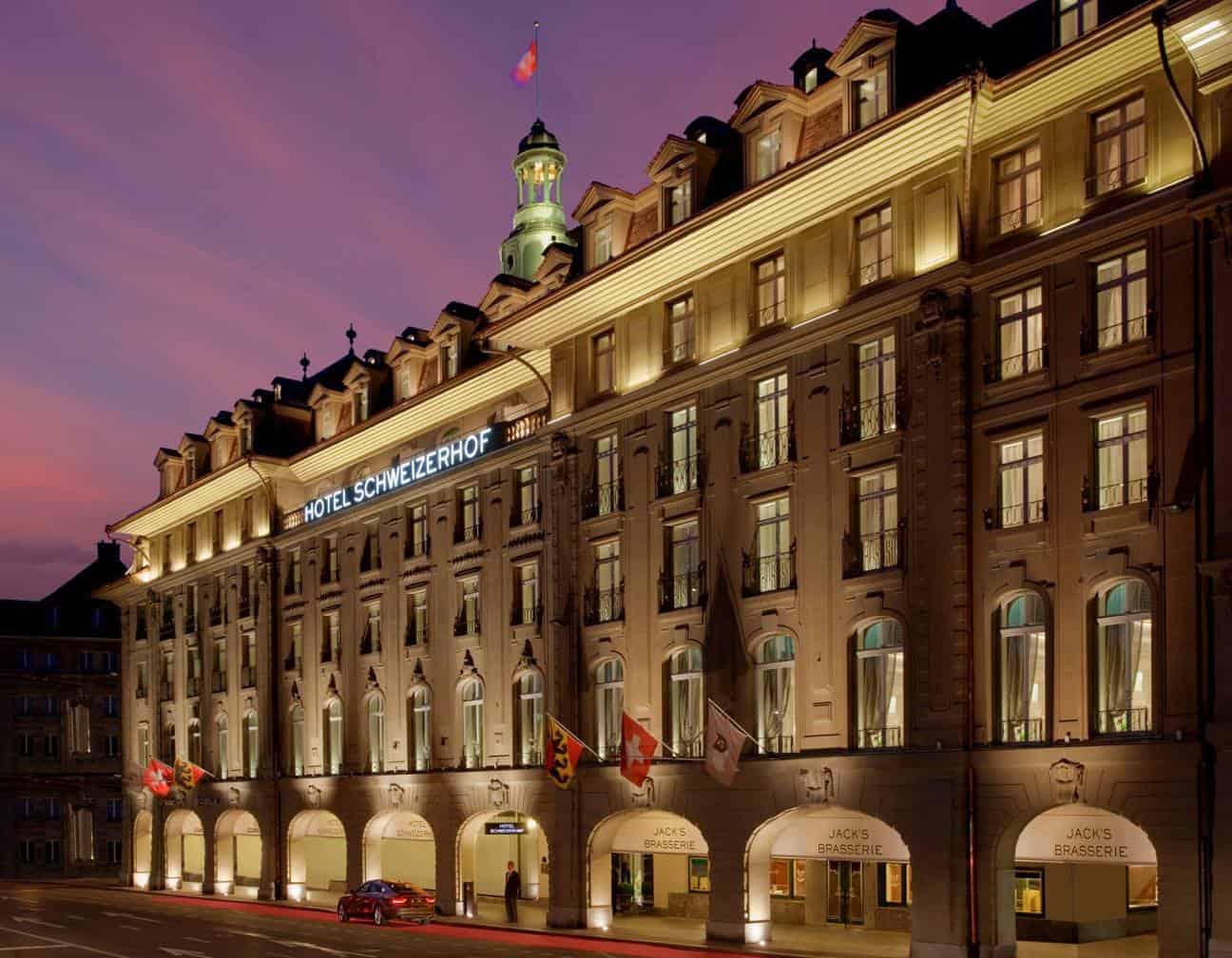 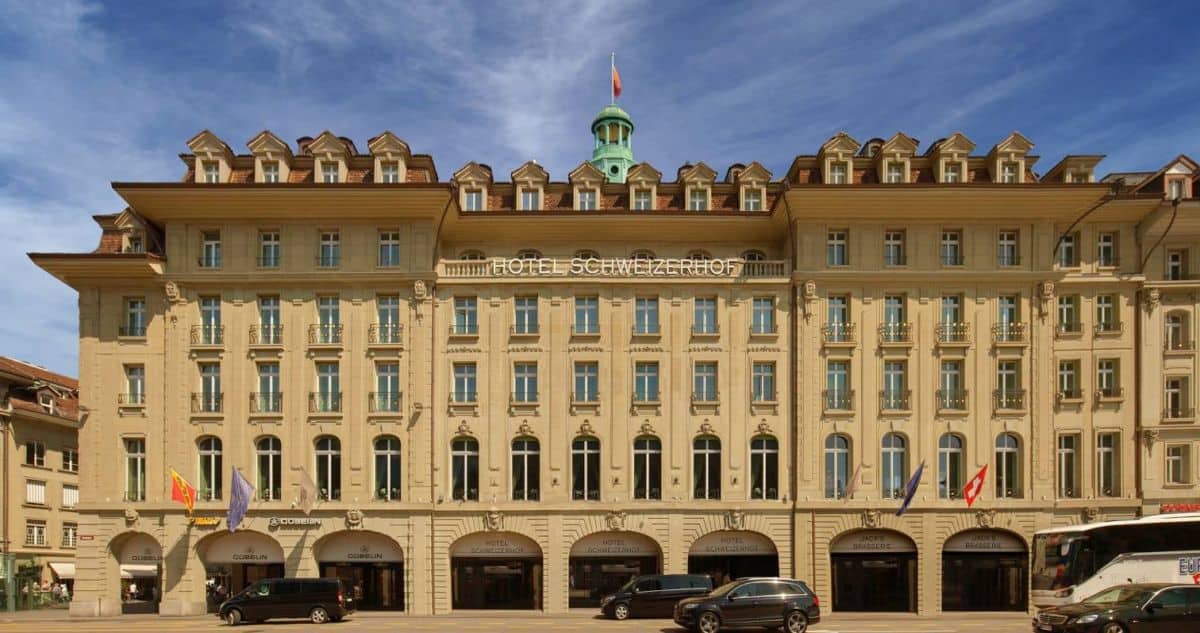 The stately and elegant Schweizerhof, Bern’s oldest and, in some ways, most “Swiss” hotel, got a facelift in recent years, and this Spring, NewInZurich paid a visit.

Built in 1857, before Bern had a train station, the hotel, which occupies a prominent position in the city’s Old Town directly across from the Bahnhof, was acquired by the Qatari State Fund in 2008, and, through its Swiss arm, Katara Hospitality Switzerland AG, underwent a complete overhaul in 2011.

For the redesign, the mission was to create an ambience that blends modern design and classical elements from the hotel’s 150-year history. After visiting, we can report that the décor and mood are officially cool and mod, the service is high-quality and professional, and the spa is a heavenly urban oasis. 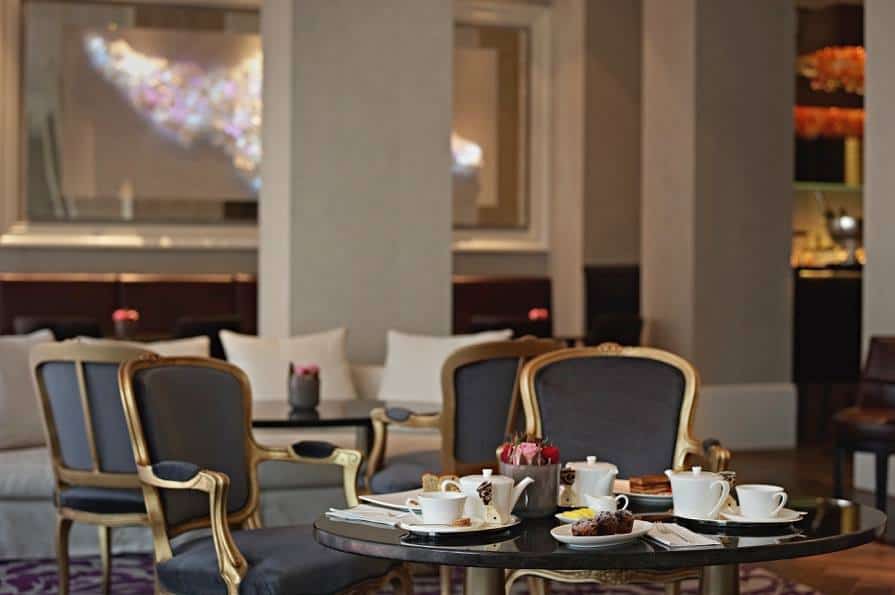 Others have taken note as well. In 2012, the hotel became a member of The Leading Hotels of the World and has racked up numerous other accolades. General manager Iris Flügkiger has kept the momentum going, as the hotel was recently named “Luxury Hotel of the Year 2017” by The Luxury Travel Guide and the it is also a member of the Swiss Deluxe Hotels association.

For the re-design, designers wisely kept the elements that made the hotel an institution, including its restaurant, Jack’s Brasserie, which serves an award-winning larger-than-the plate Wienerschnitzel, and its elegant marble-columned Trianon ballroom. 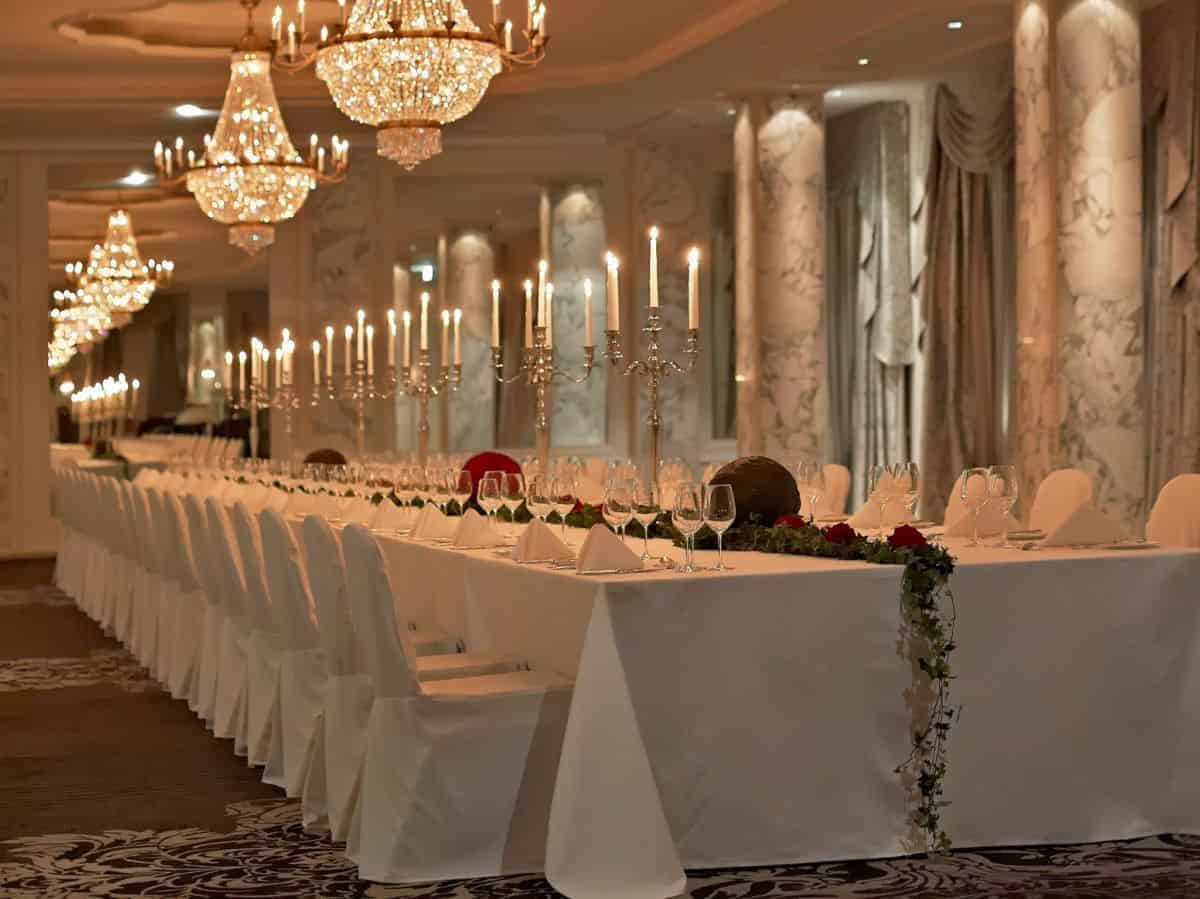 Otherwise, the hotel was reimagined and reborn as a sleek and sophisticated modern urban retreat. A doorman-cum-bouncer greets folks on the way in to the lobby, which features a lit-up onyx check-in counter and mod black-and-white geometric floor. 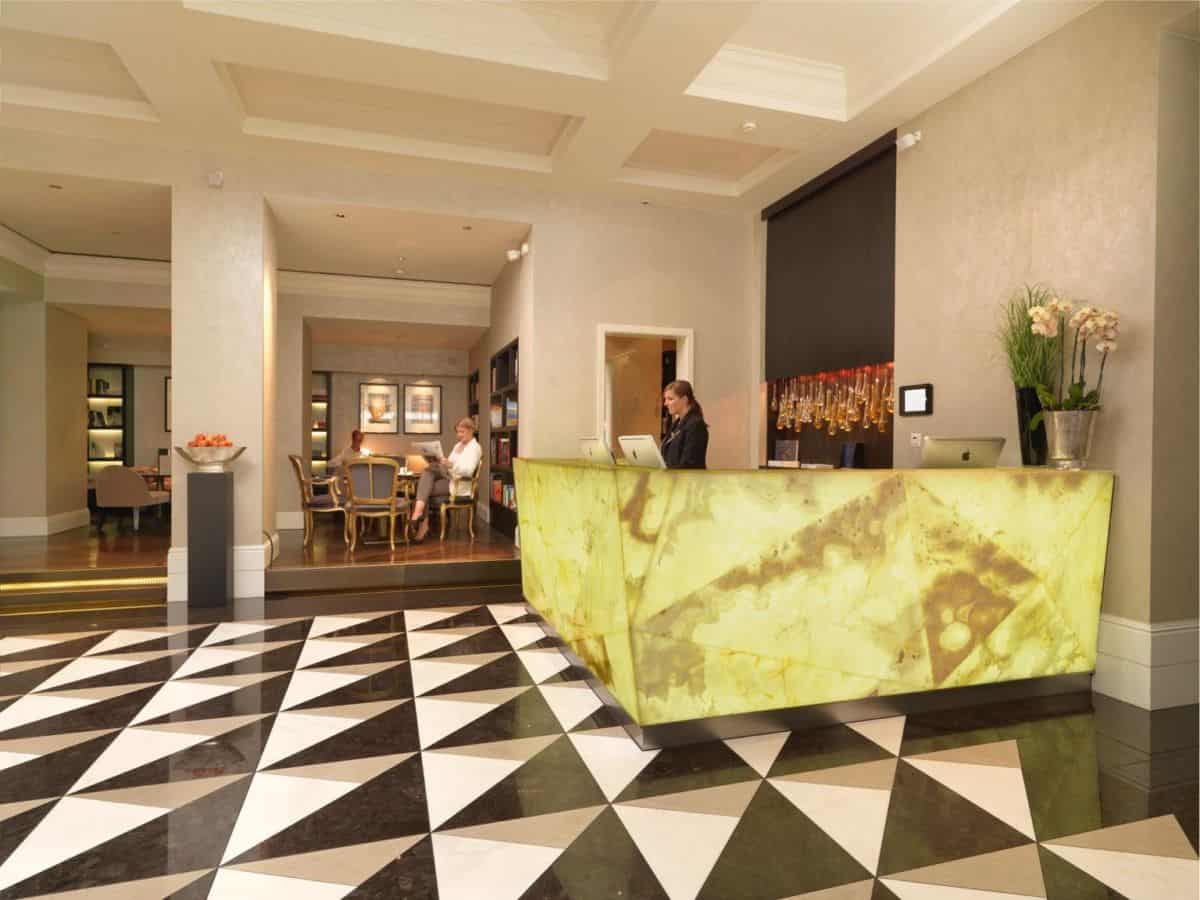 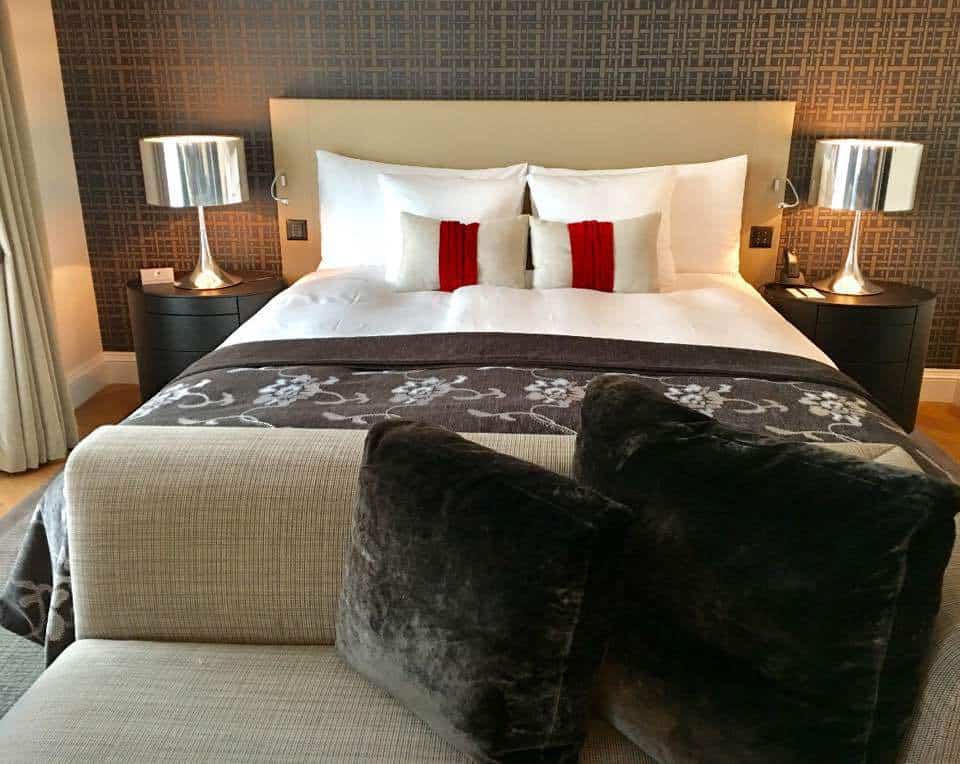 Standard rooms, which run on the slightly small side for a five-star hotel, are nonetheless cleverly configured and feature noteworthy design elements. Room areas have pretty parquet floors while the baths feature butterfly-patterned marble-tile on the floor, rain showers and deep Japanese bath tubs. 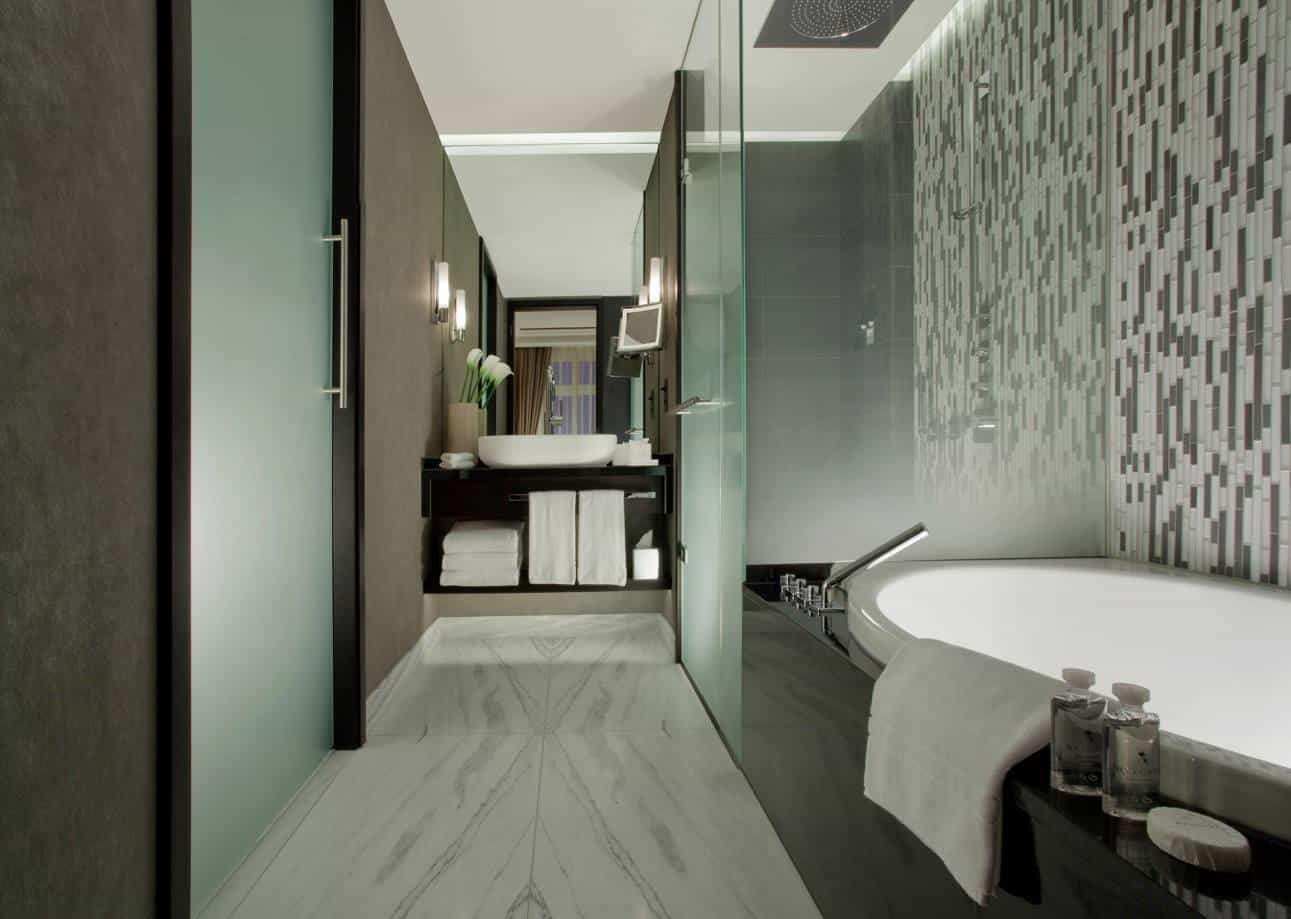 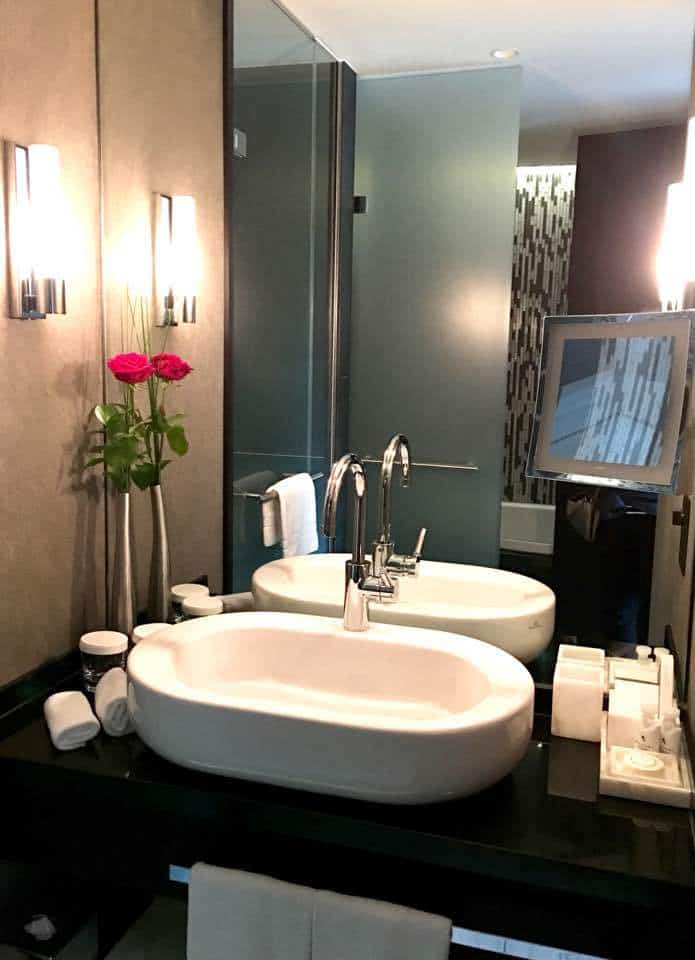 Walls are shades of warm taupe and accented with sophisticated combinations of antique glass and contemporary chrome lights. 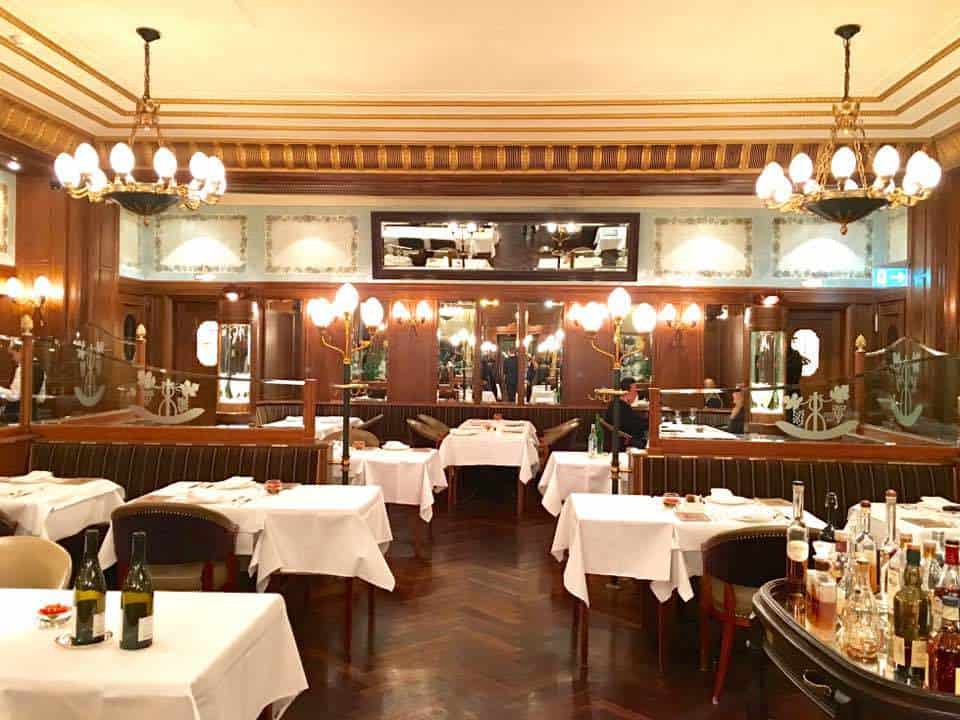 The restaurant, Jack’s Brasserie, named for the hotel’s longest-serving and most famous owner, Jack Gauer, has an award-winning wine list and is packed most nights. Cuisine is part typisch Schweizerisch and part nouvelle-everything else. 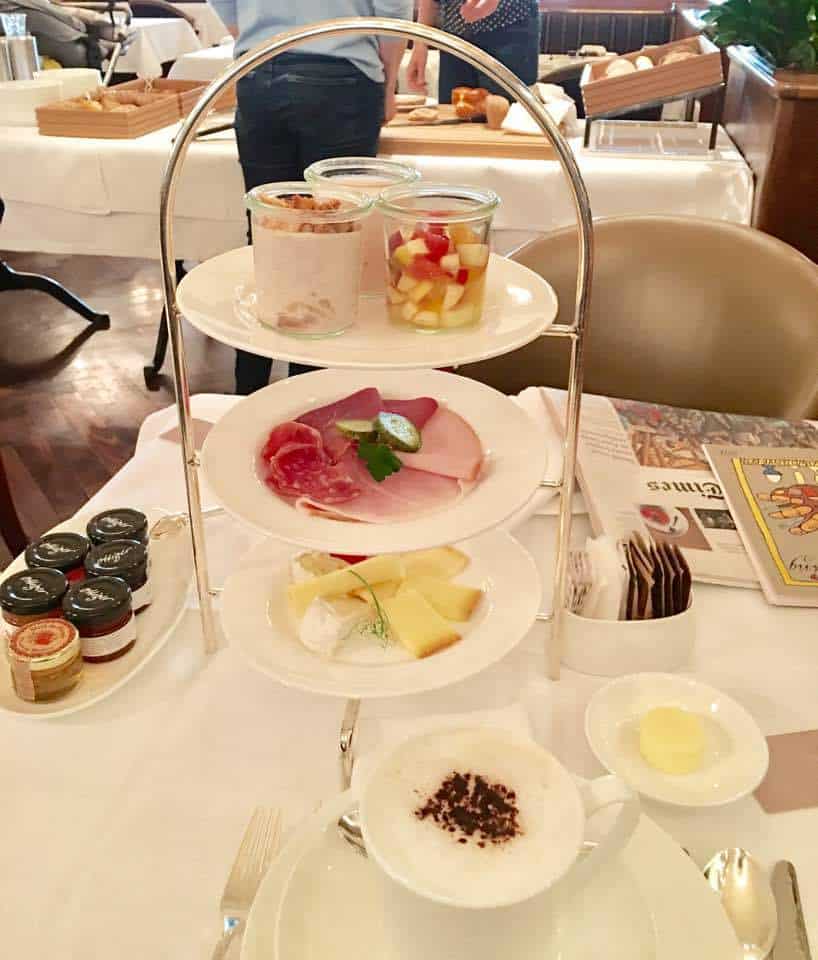 Small brass plaques line the backs of the banquettes and list the names of Switzerland’s most famous artists, politicians, authors, athletes, etc. We sat in the “Roger Federer” area and got what we considered to be the best seat in the house. 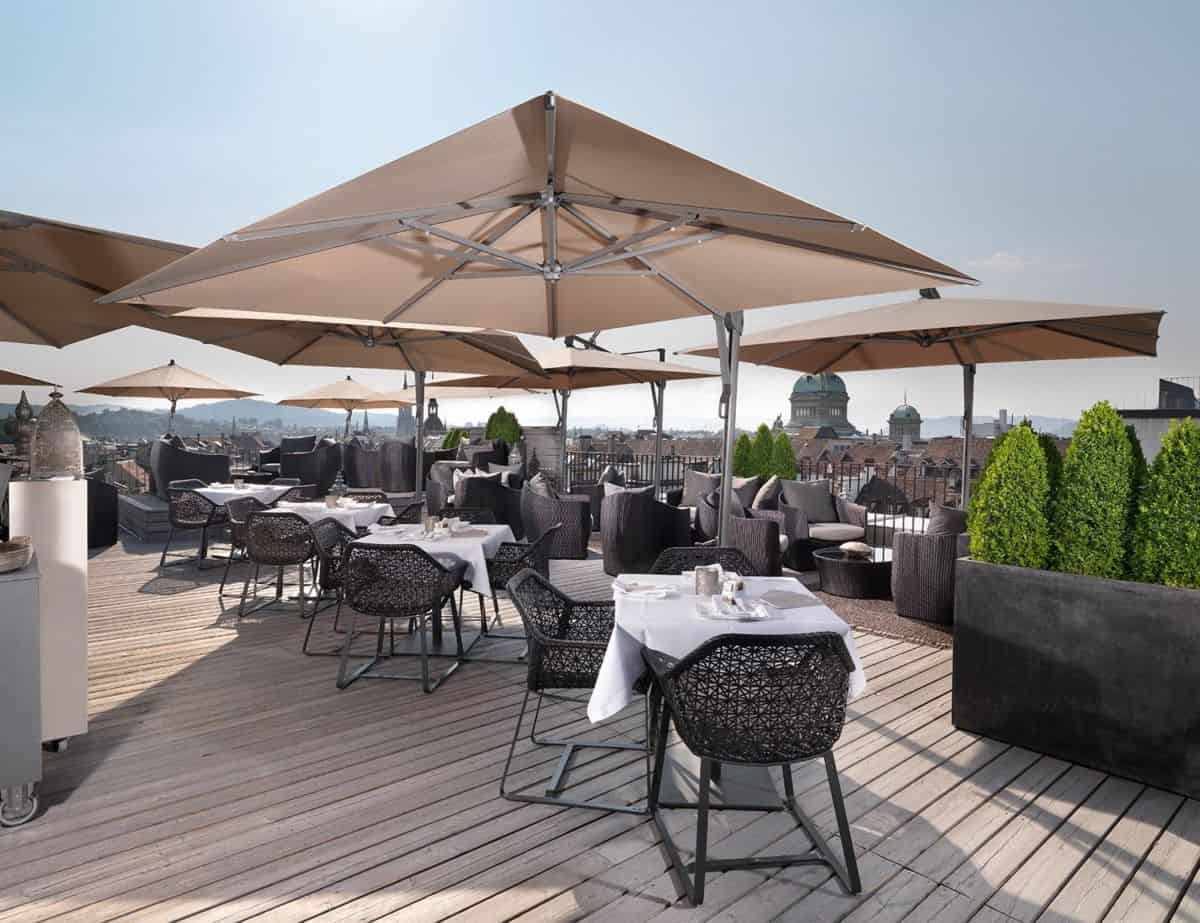 The Sky Terrace is only open in the summer months and serves cocktails amidst commanding city and alpen views. It also hosts its own beehive which produces an eponymous brand of honey. 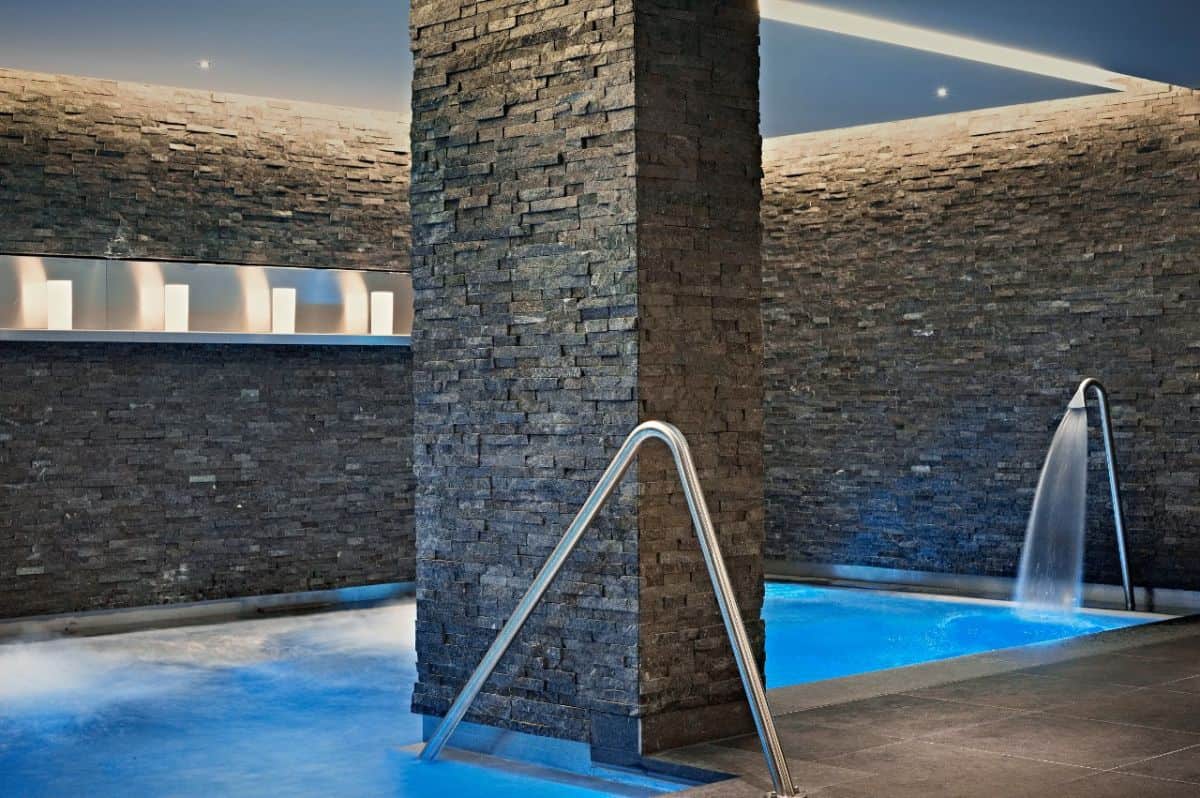 Another unique feature is the Spa, reported to be the only hotel spa in the city. Featuring a large and inviting Jacuzzi pool, sleek sauna and range of treatment rooms, the spa is a worthy destination in and of itself.  Professional therapists like Aline deliver fabulous pampering massages to the guests.

The Front Desk and Staff 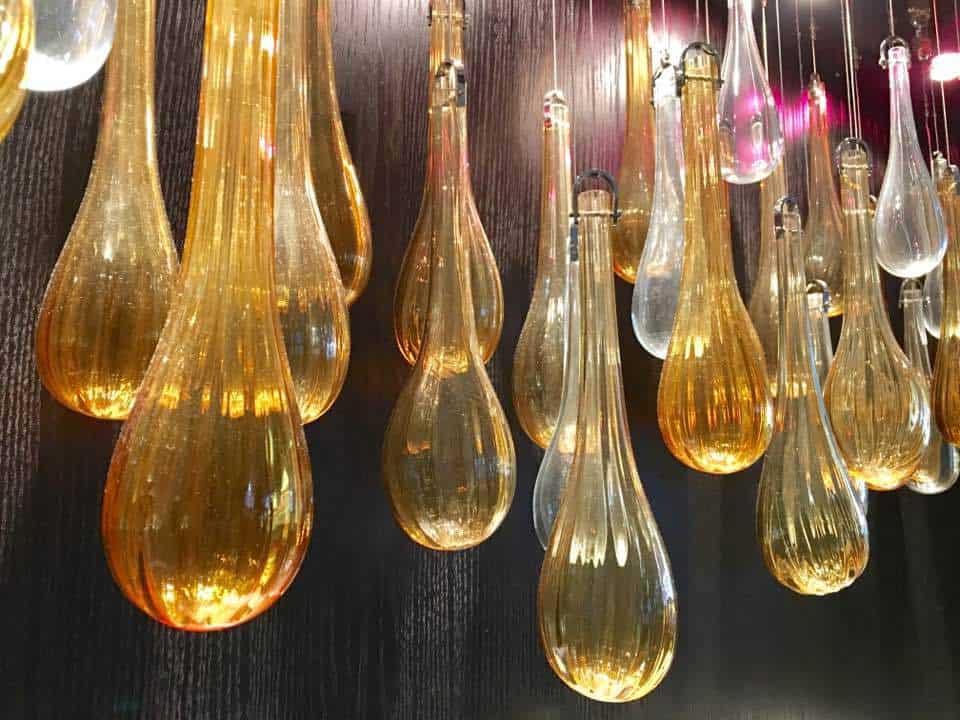 Under the direction of Flückiger, the service amongst the hotel staff is warm, energetic and professional. For example, if you mistakenly push the emergency button in the jacuzzi, the genteel man in a tailcoat comes amiably down to turn it off.

Whether traveling on business as 60+ percent of travelers here do, or tourism, the Schweizerhof proves itself a winning mix of old Schweizer tradition and new energy. 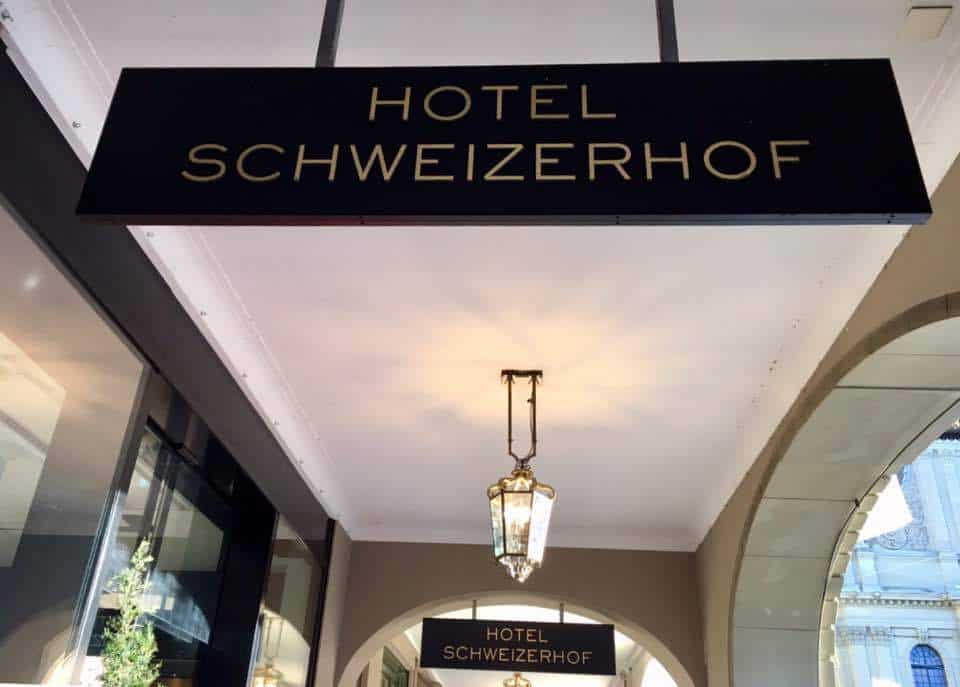 Celebrating Brunch in Zurich at the Marriott Hotel Zurich