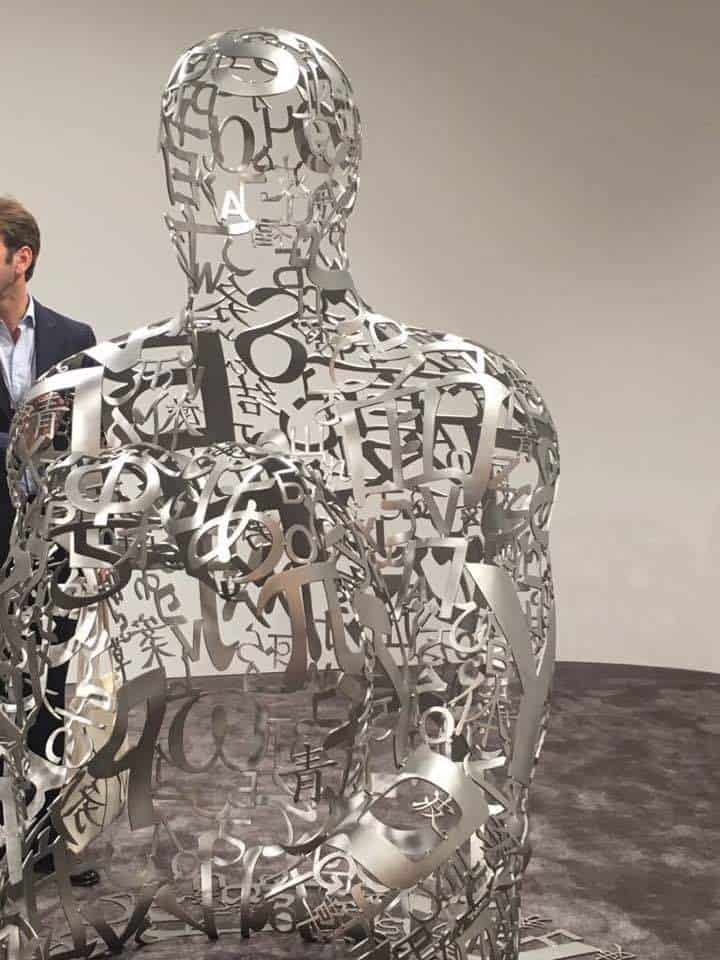 Art is in the air 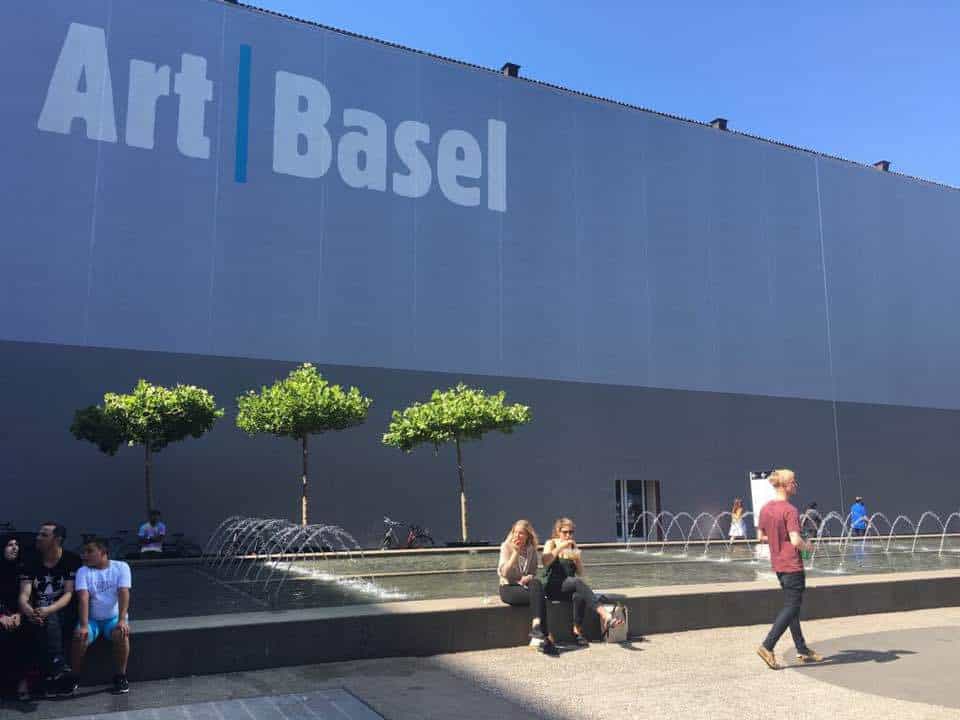 Nevermind that Art Basel didn’t officially open until Thursday 15th June, on Tuesday the artwork was already placed, the crowds were thronging, and the Messe was officially a-buzz already. NewInZurich got a quick preview at the unveiling of Ruinart’s commissioned work, a monumental-size seated figure, called An Exceptional Sculpture by noted Spanish sculptor Jaume Plensa. Ruinart, the oldest Champagne maison in the world, is the official Champagne partner of Art Basel and annually commissions a major work from its chosen artist of the year. 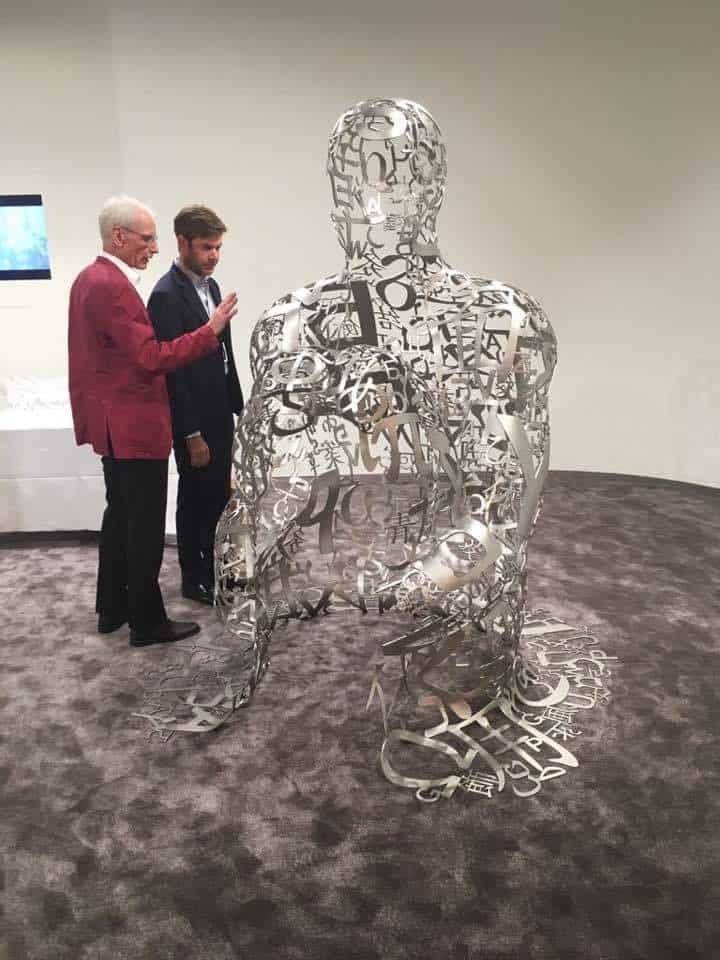 In the work, Plensa, who often creates sculptures out of letters, used characters from eight different alphabets to pay tribute to a key figure in Ruinart’s history, Dom Thierry Ruinart. Dom Ruinart was a pre-eminent 17th Century French scholar, historian and writer who was also the uncle of Nicolas Ruinart, the company’s founder.“The voice is the music of the body, and text is an expression of that music,” said Plensa in describing the variety of harmonies at work in creating the sculpture.

While the piece forms a human figure, it is also stunningly hollow, shiny and ephemeral, qualities that Plensa says he often seeks in creating his work to emphasize the spiritual elements of humanity.

“I love the body,” he said. “And while it is filled with water, blood and biological parts, it is also filled things you cannot see, emotions, spirit, a soul, if you will.” The piece will be on view at the Ruinart space in the Collectors Lounge at the Messe in Basel.

Article and photos by Jennifer Lisle

Alain Bossé The Kilted Chef at the Park Hyatt Zurich

Escape the City Heat at the Widder Summer Lounge

Top Tips For a Dazzling Smile From A Zurich Dentist

Top Tips For a Dazzling Smile From A Zurich Dentist

The Circle Business and Shopping Complex at Zurich...

What’s On In Zurich Early to Mid November...

Throwback to last year’s Illuminarium. I do miss

Happy Thanksgiving to all my American friends! Wis

Zurich always looks so sparkling and festive in th

Evening glow over Zurich. Wishing you a great Tues

Christmas 2020 will certainly be different this ye

Today the Christmas Lucy Lights go on in Bahnhofst