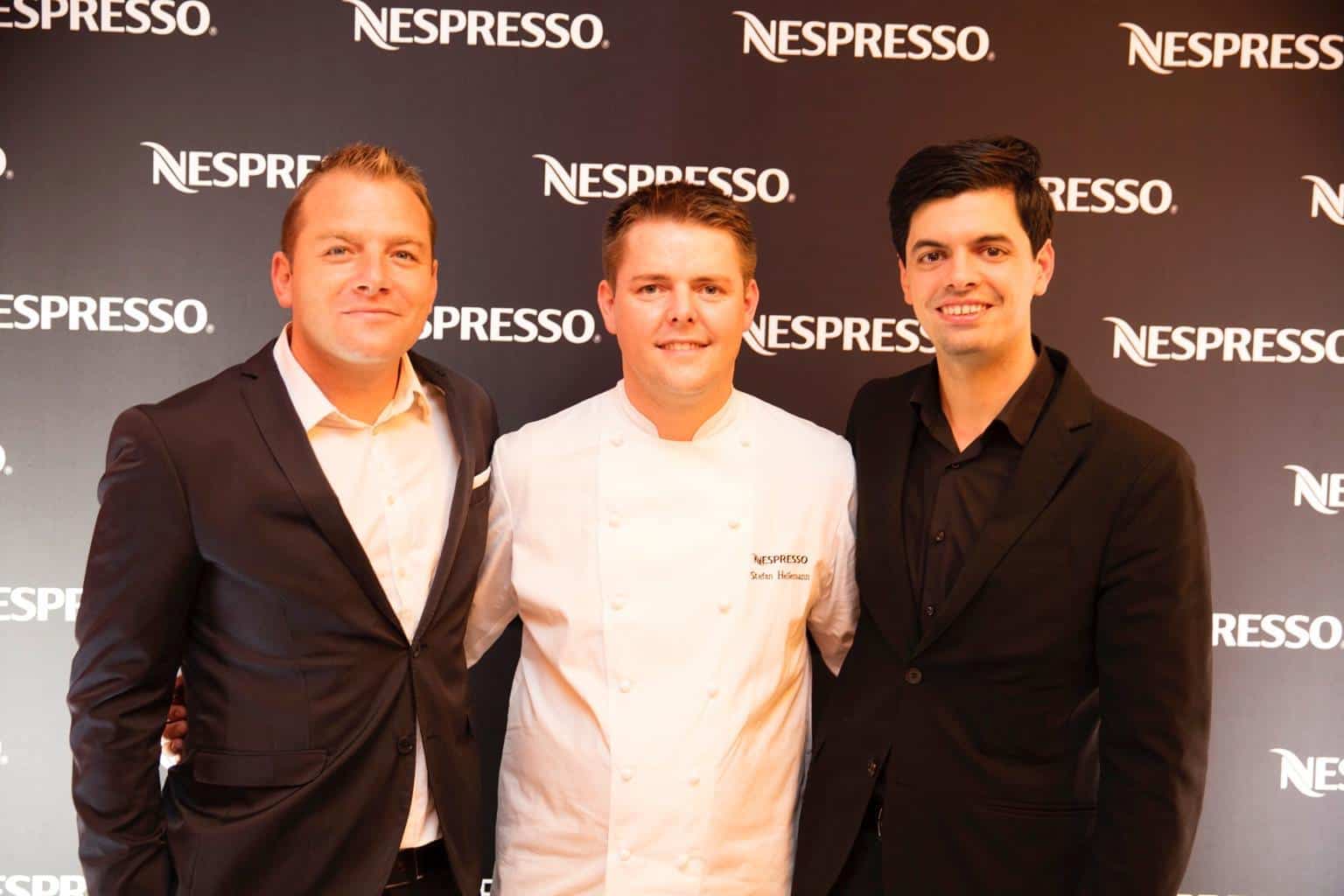 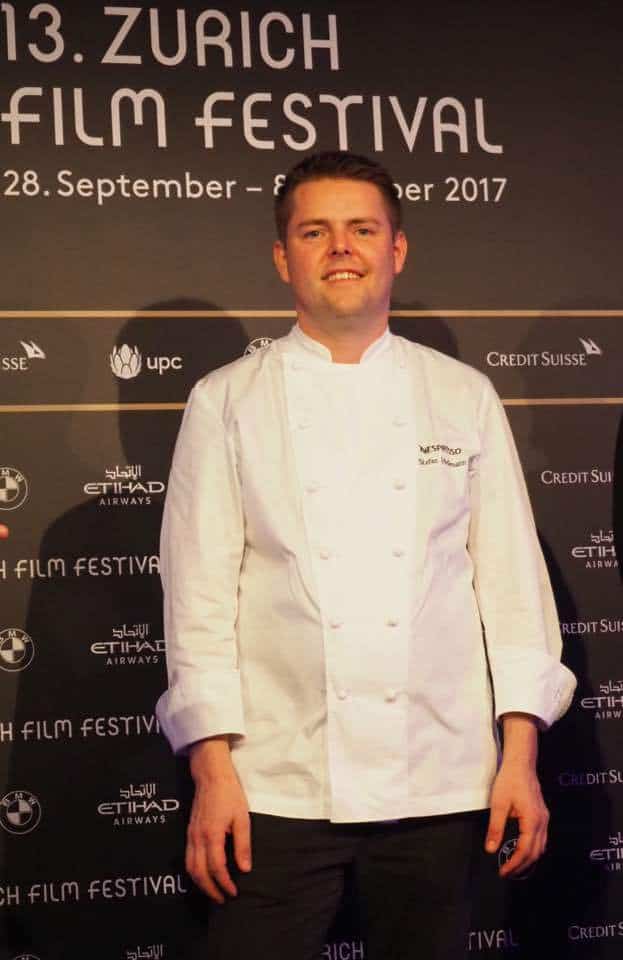 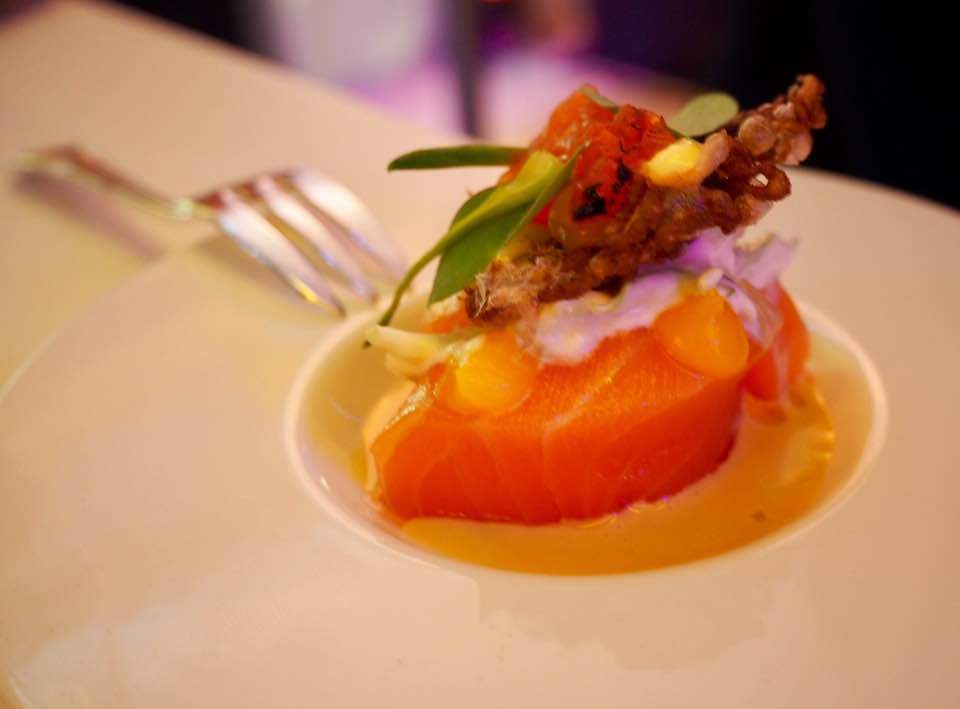 As official coffee partner of the Zurich Film Festival, Nespresso celebrated the art of cooking and filmmaking as top chef Stefan Heilemann from the Ecco Restaurant at the Hotel Atlantis by Giardino Zurich, cooked a fabulous flying dinner just a few feet away from the ZFF Festival Tent. 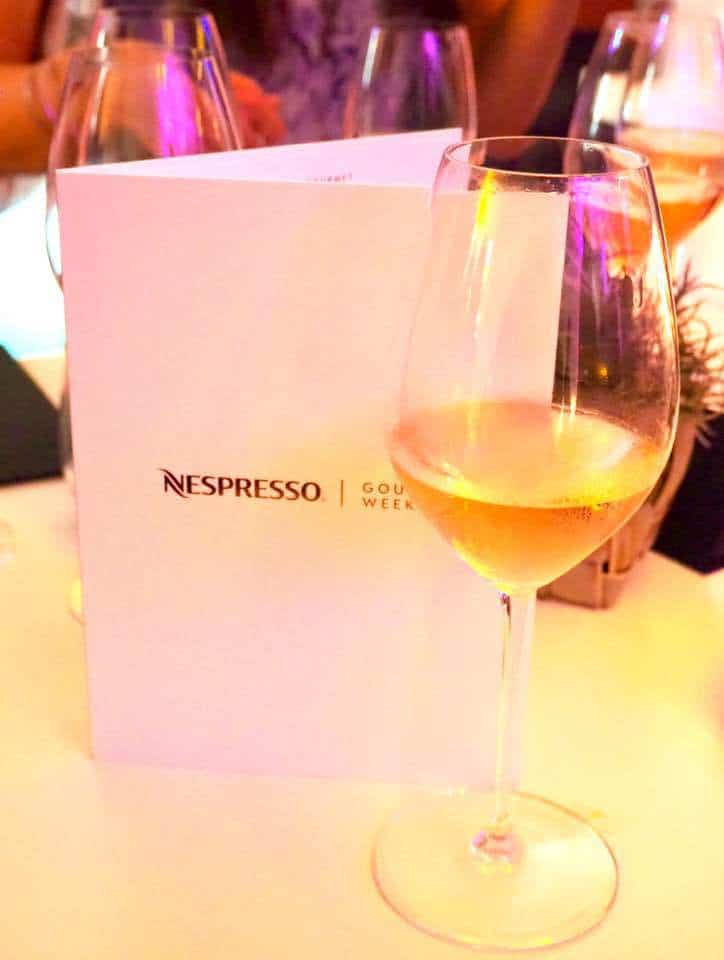 The theme was “Harmonization Discovery”, and we enjoyed a fabulous evening whereby all the food was paired with top coffee and wine before seeing the premiere of the film “All I See Is You” by Swiss director Marc Forster. 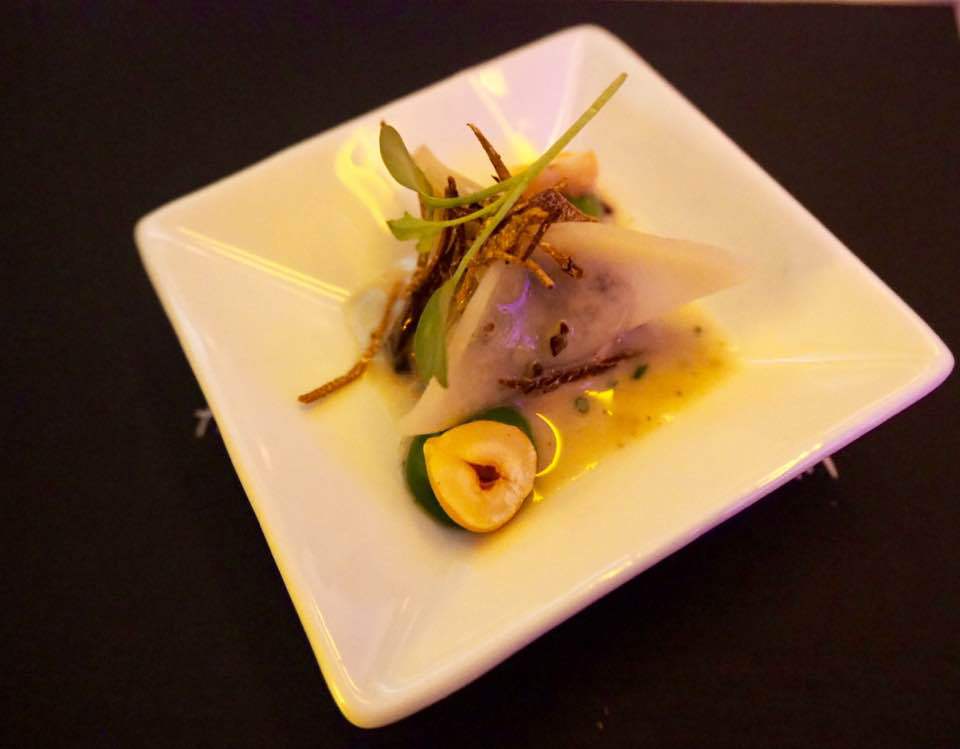 Delicious culinary creations such as Balik salmon, oysters, venison and chocolate were all paired with two rare and very delicious coffee varieties,  Nepal Lamjung and Kilimandjaro Peaberry coffee. All the food I tasted was truly delicious with a tiny hint of coffee which just deepened the taste and complimented the flavour. 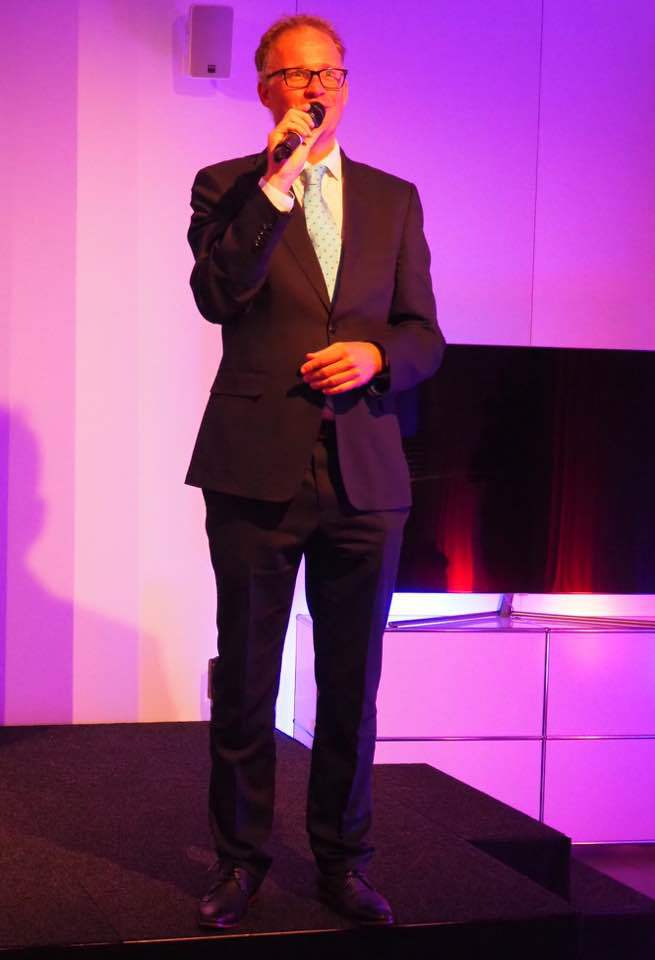 Frank Wilde, Marketing Director of Nespresso Switzerland explained that “Top gastronomy and cinema have many similarities: the demand for the highest quality, creativity, craftsmanship and passion”. 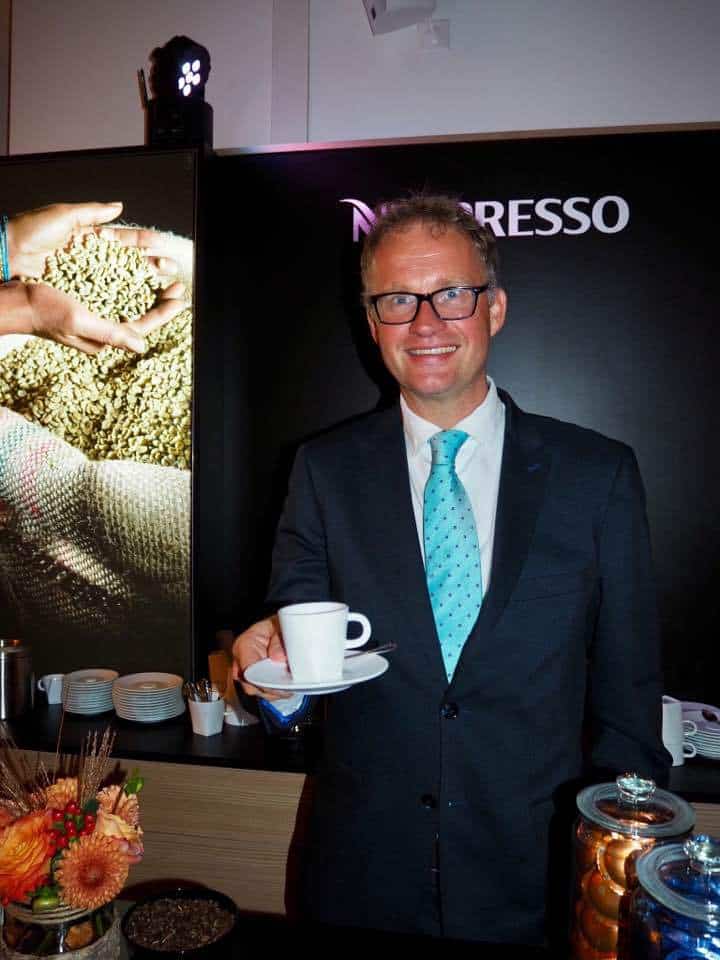 Chef Stefan Heilemann who has just been awarded his 17th point by GaultMillau is an official partner of the Nespresso Gourmet Weeks, which are due to begin shortly (see our post about our visit to Ecco last year here). He explained how he combined coffee in all the dishes we tasted, “like a spice”. 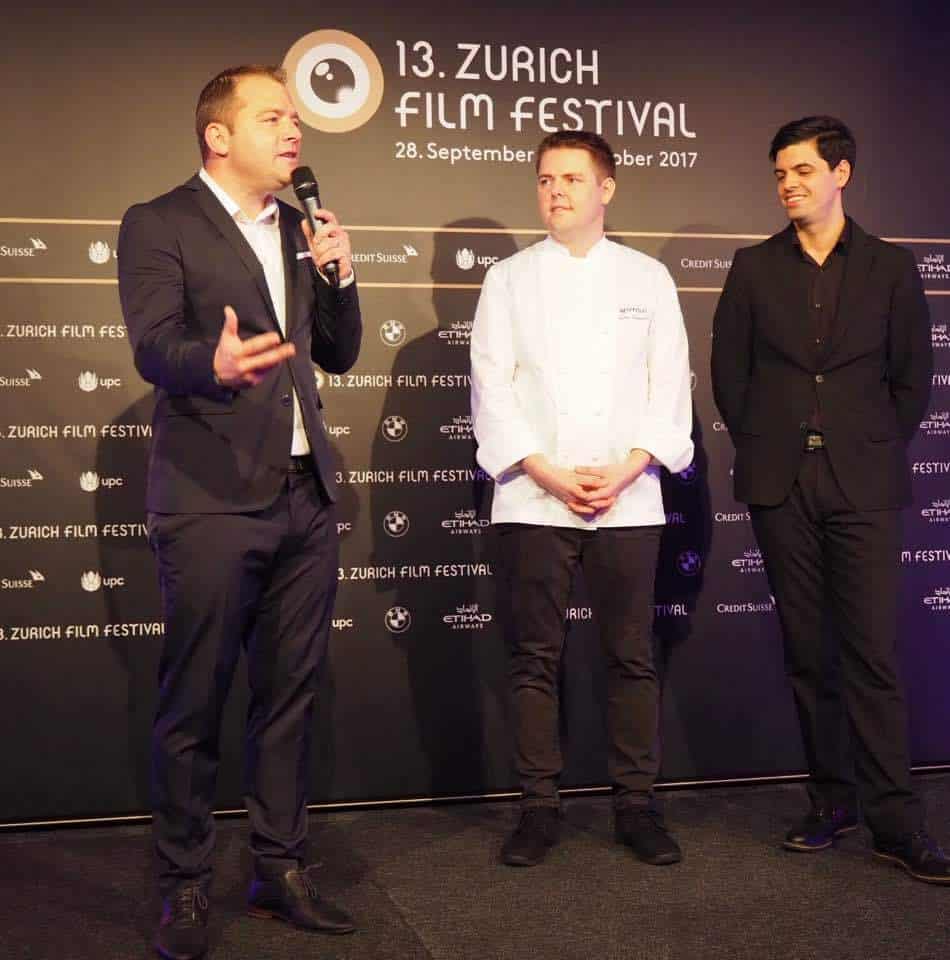 During the evening Nespresso Coffee Ambassador,  Dominique Niederhauser, explained to us the sensory characteristics of the coffee varieties whilst sommelier Stefano Petta told us a little more about the two Grands Crus and their provenance. 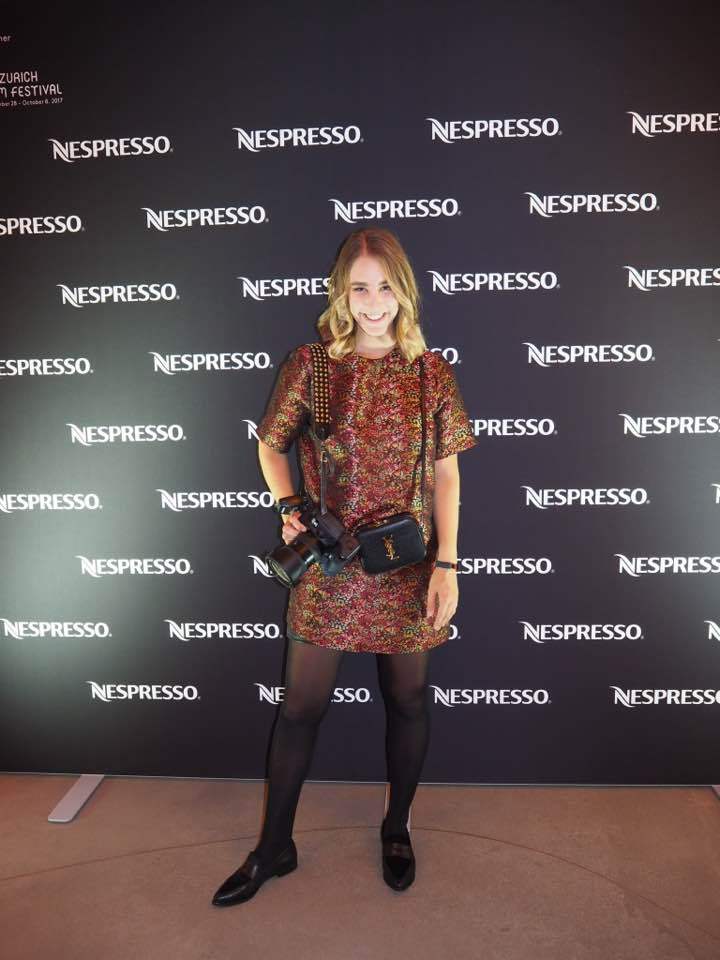 Andrea Monica Hug was the photographer during the evening and Nadja Schildknecht, director of ZFF along with Swiss TV presenters Miriam Rickli, Patrizia Laeri, Zoé Torinesi and Max Loong were also present along with Michel Péclard, Jacky Donatz and comedian Claudio Zuccolini. 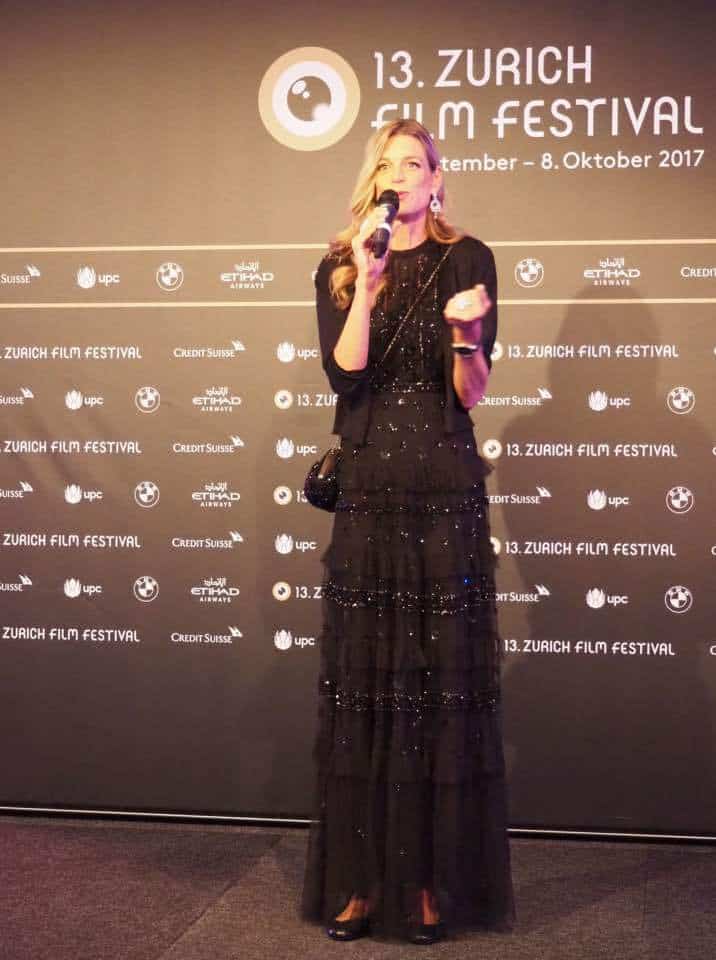 The Zurich Film Festival continues until 8th of October and at the Festival Tent you can try a wide variety of of Nespresso coffees including this year’s Nespresso Golden Eye cocktail which is a refreshing reinterpretation of the classic Margerita cocktail.

Nestlé Nespresso SA works in line with the AAA Sustainable QualityTM program, with over 70,000 coffee farmers in 12 countries to implement sustainable practices in collaboration with the Rainforest Alliance. The project helps increase the yields and quality of the coffee harvests, helping sustain a good supply of high-quality coffee and at the same time improving the lives of the coffee farmers and their communities.

For more information on the Nespresso sustainable coffee program and the farmers involved see here.

For more information on the films you can see day by day at Zurich Film Festival see here.

To see some photo highlights of the Zurich film festival so far see here. 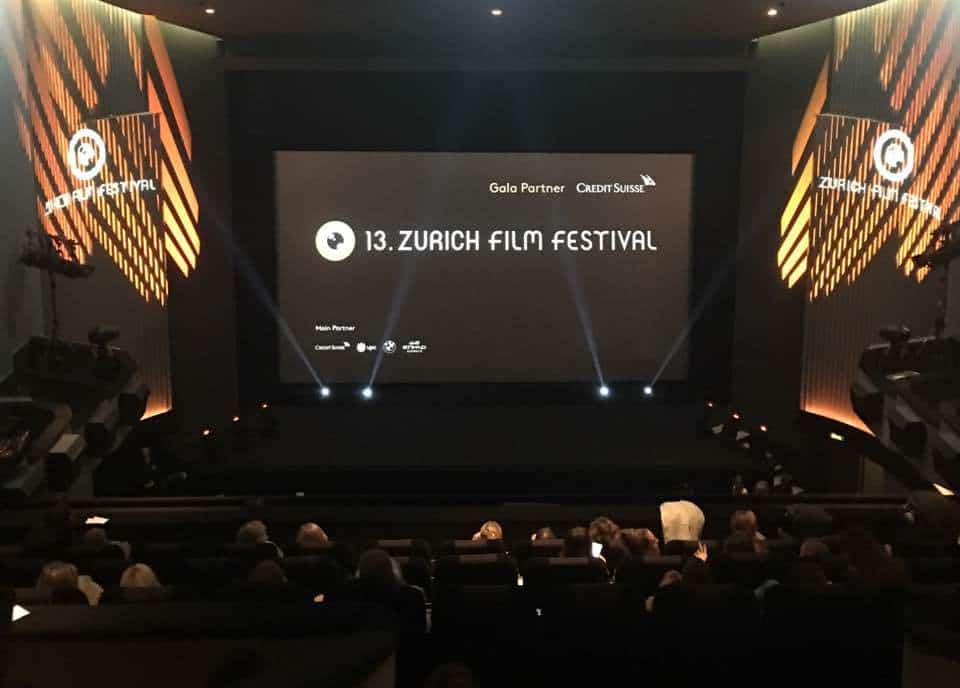 Walking & Wellness in Val Gardena in the Italian Dolomites