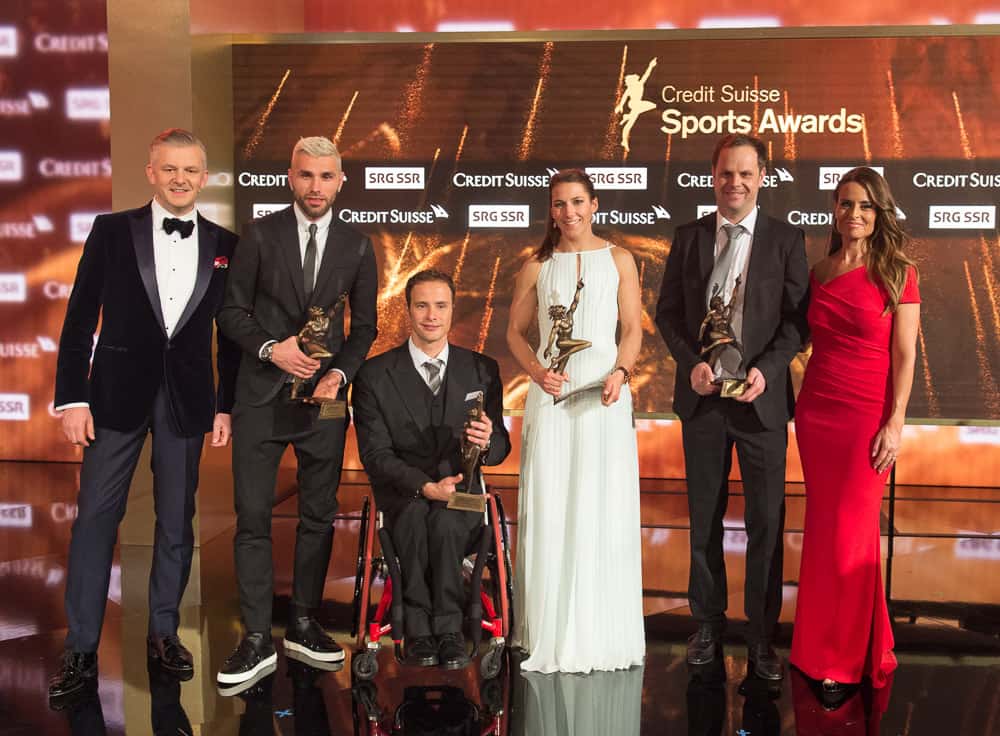 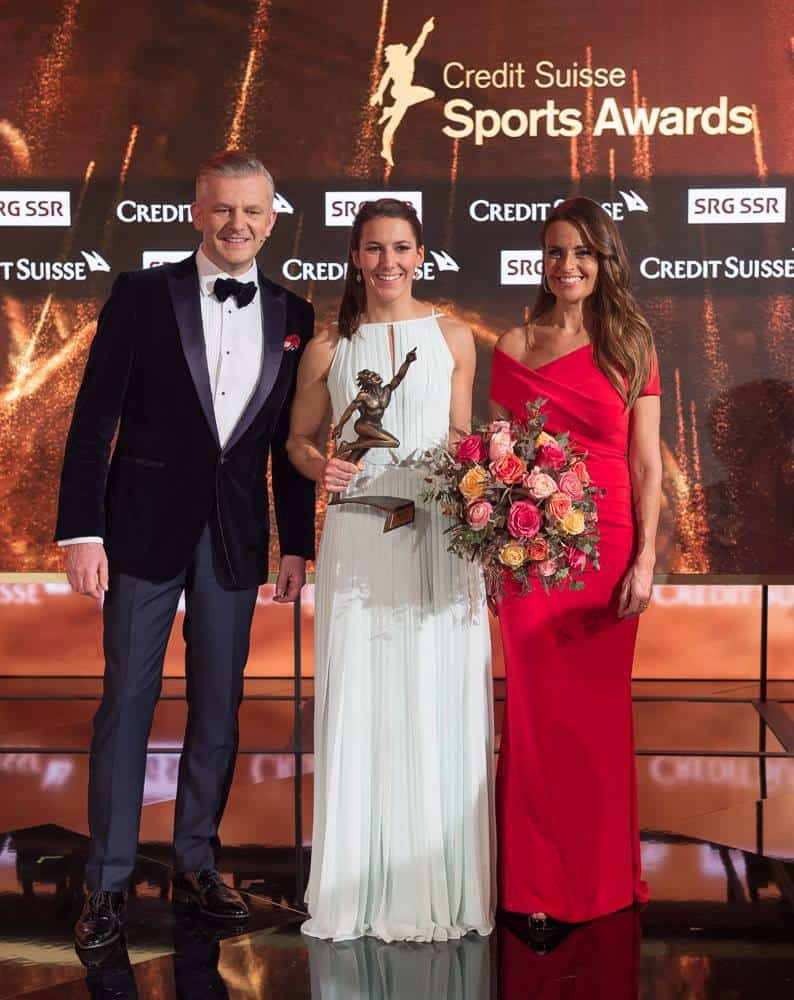 The Credit Suisse Swiss Sports Awards 2017 took place in Zurich on 10th December 2017 and were presented by Sandra Studer and Rainer Maria Salzgeber. The ceremony was at the SRF Studios near Oerlikon and there was much anticipation as to who would win the coveted awards this year.  Musical entertainment was provided by Wincent Weiss and Rachel Rinast, Pat Burgener, Baba Shrimps and Carla Bruni, France’s ex First lady and there was a flying dinner and Apéro. 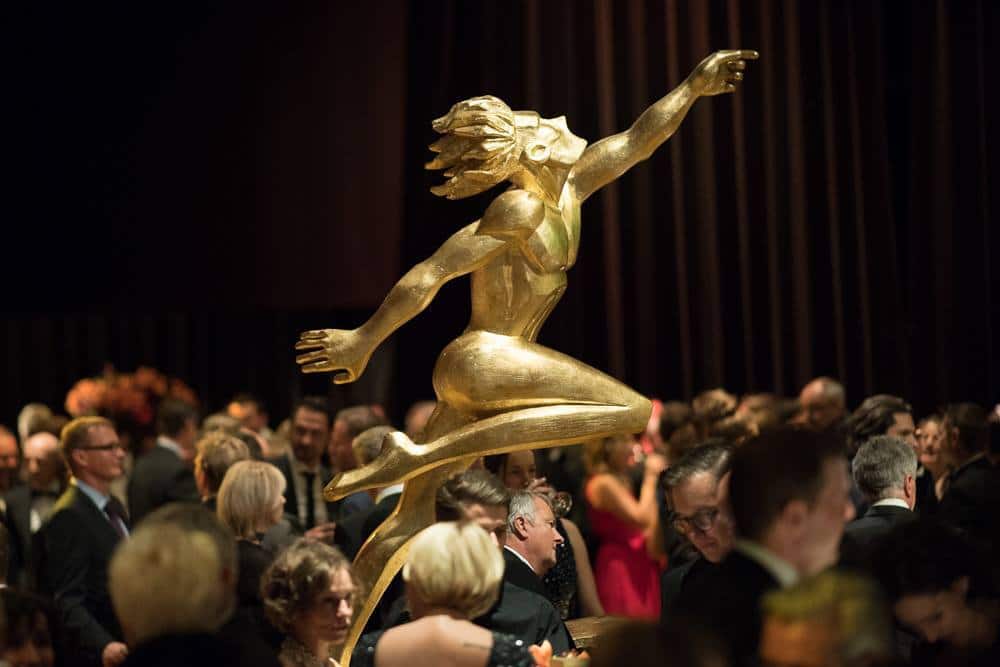 Photographer Geoff Pegler captured some of the top moments as the winners were announced. See all the details here.

Sportsman of the Year Award 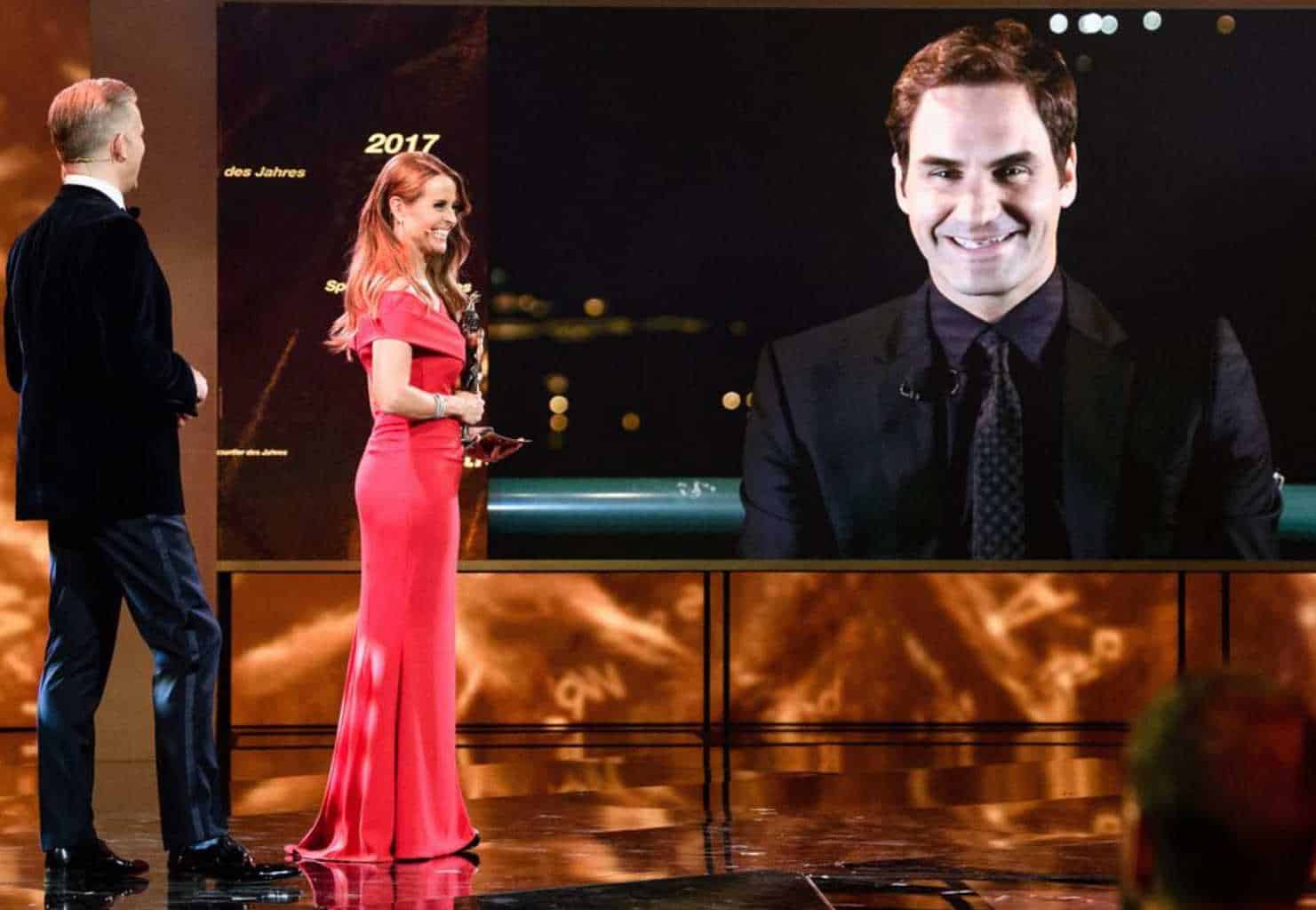 Roger Federer won the Sportsman of the Year award

The winner of the coveted Sportsman of the Year was Roger Federer. He wasn’t present to receive his award as he was training in Dubai but accepted his prize via video link during the ceremony. The list of all who were nominated for the award is as follows:

Sportswoman of the Year Award 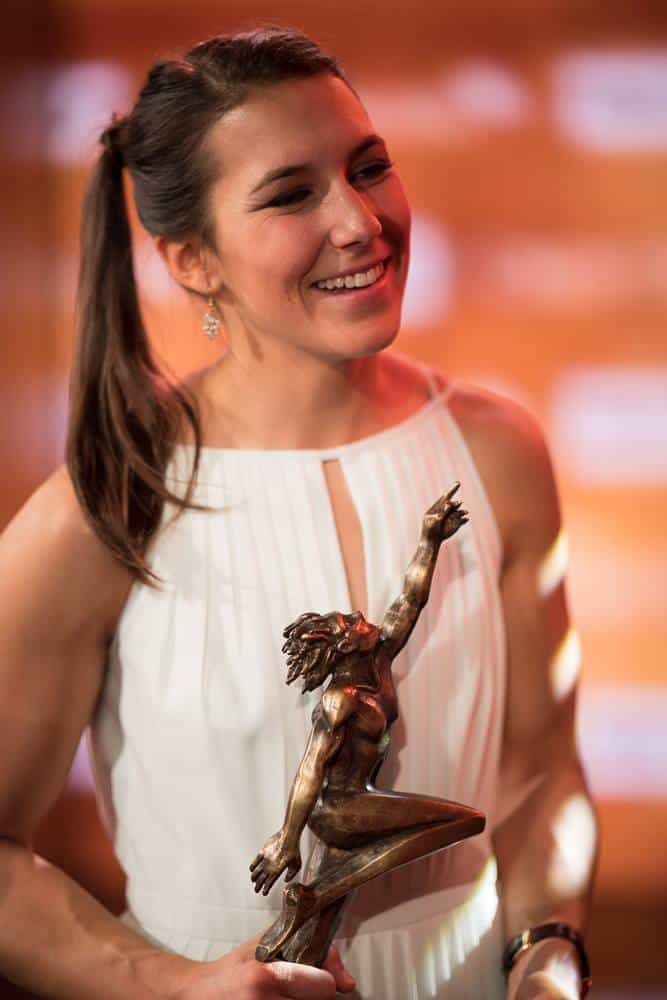 Skier Wendy Holdener won the Sportswoman of the Year award.

Disabled Sportsperson of the Year Award 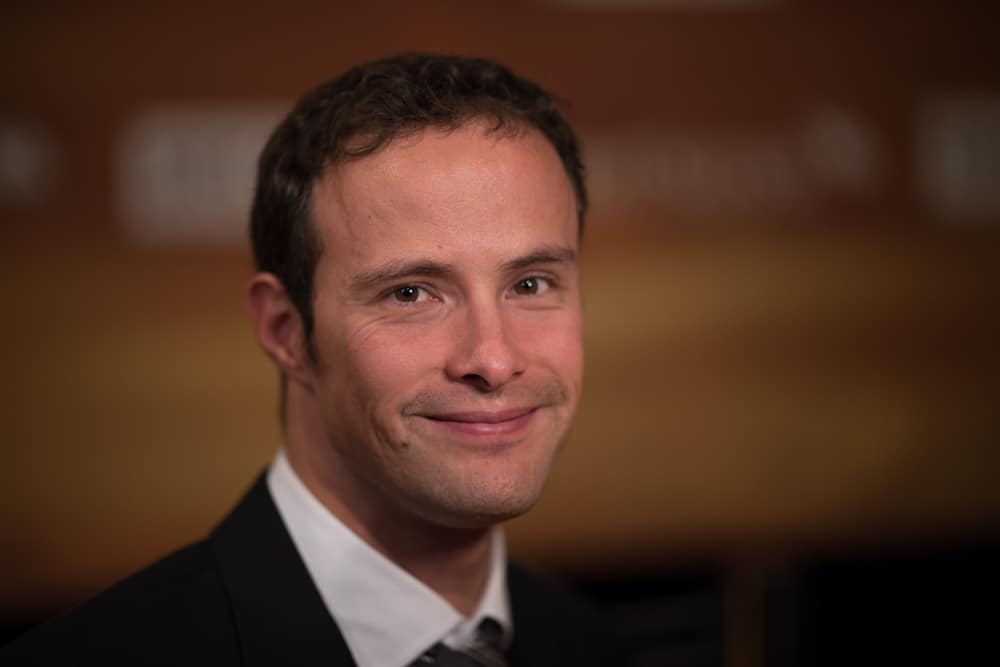 Marcel Hug won the Disabled Sportsperson of the Year.

Newcomer of the Year Award

The Newcomer of the Year Award and it was won by Nico Hischier who wasn’t present at the Awards as he is training in America.

Sports Team of the Year Award 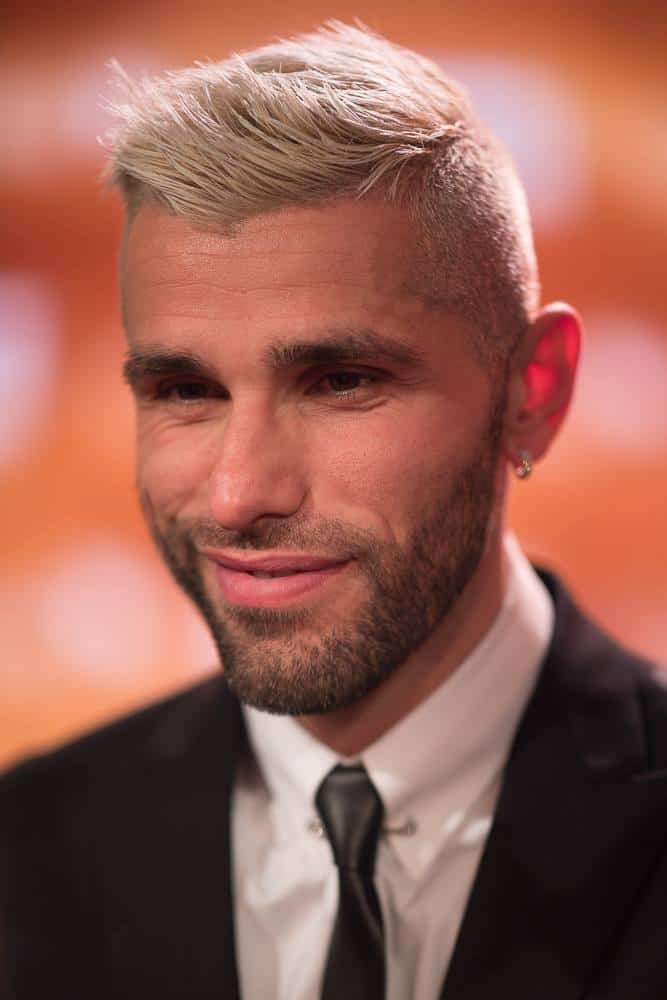 The Swiss A National Football Team won the team award

Trainer of the Year Award 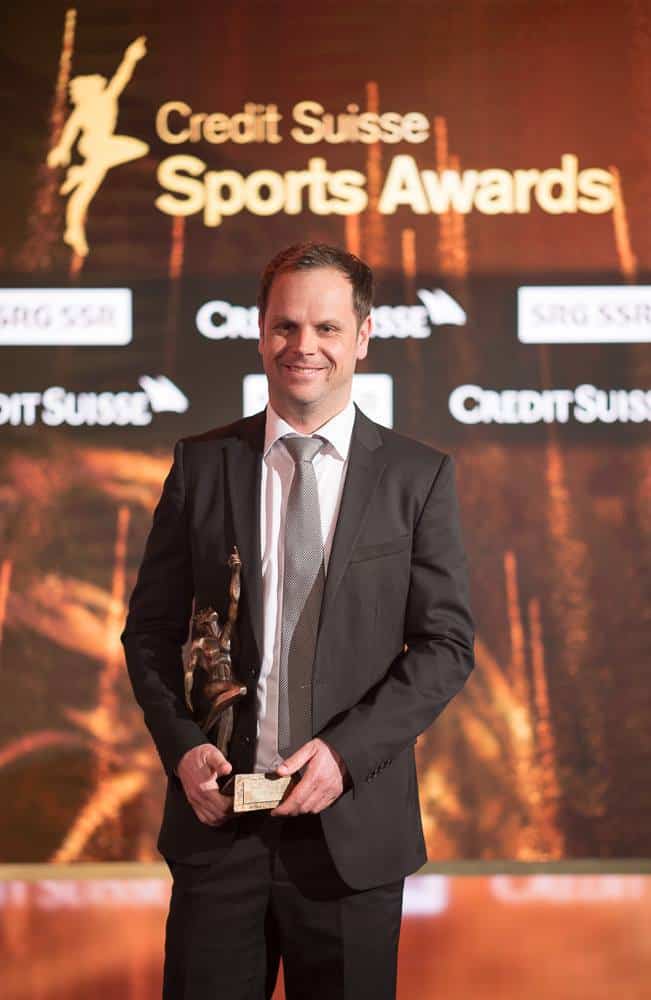 The Trainer of The Year Award was won by Severin Lüthi

Here are some more photos from earlier in the evening. 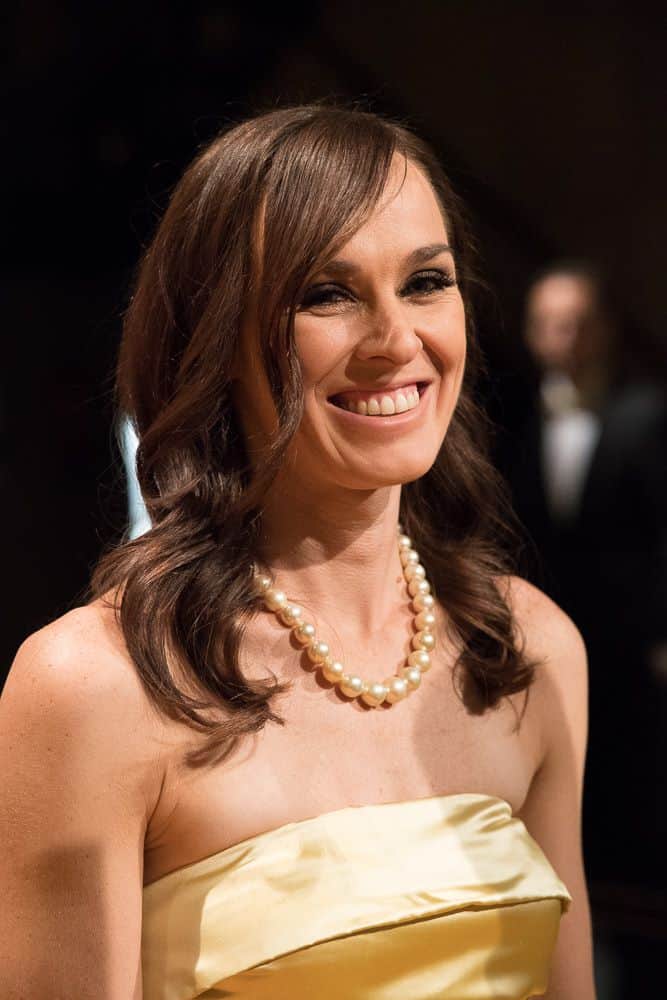 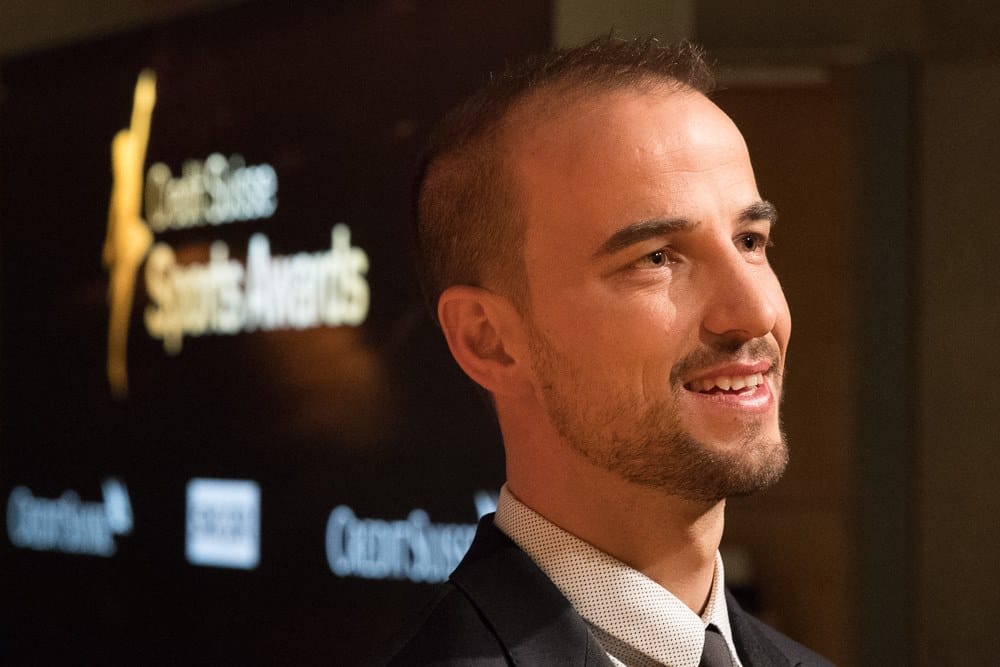 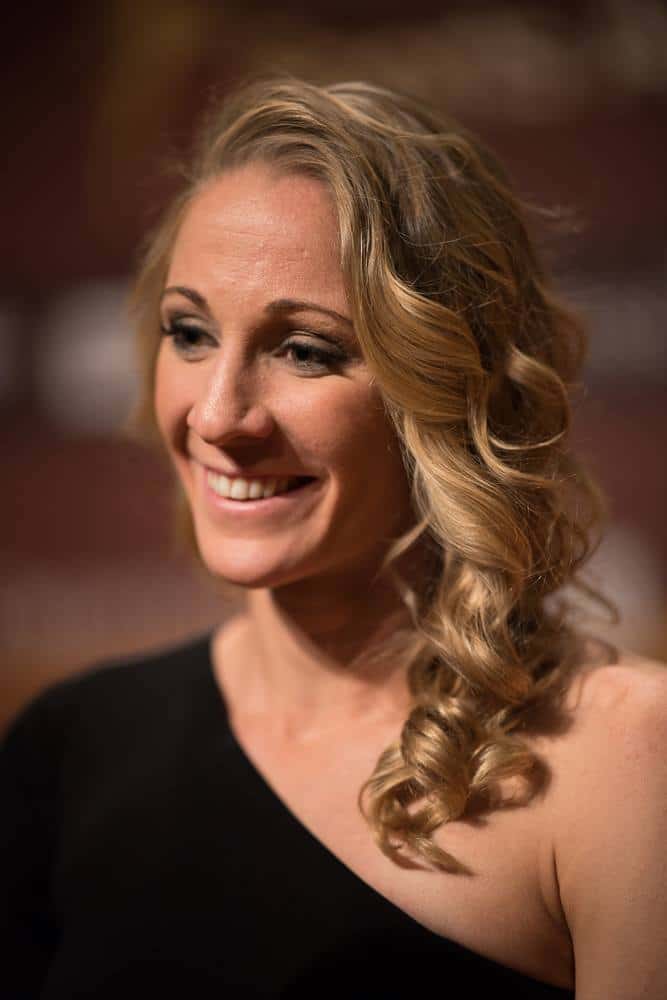 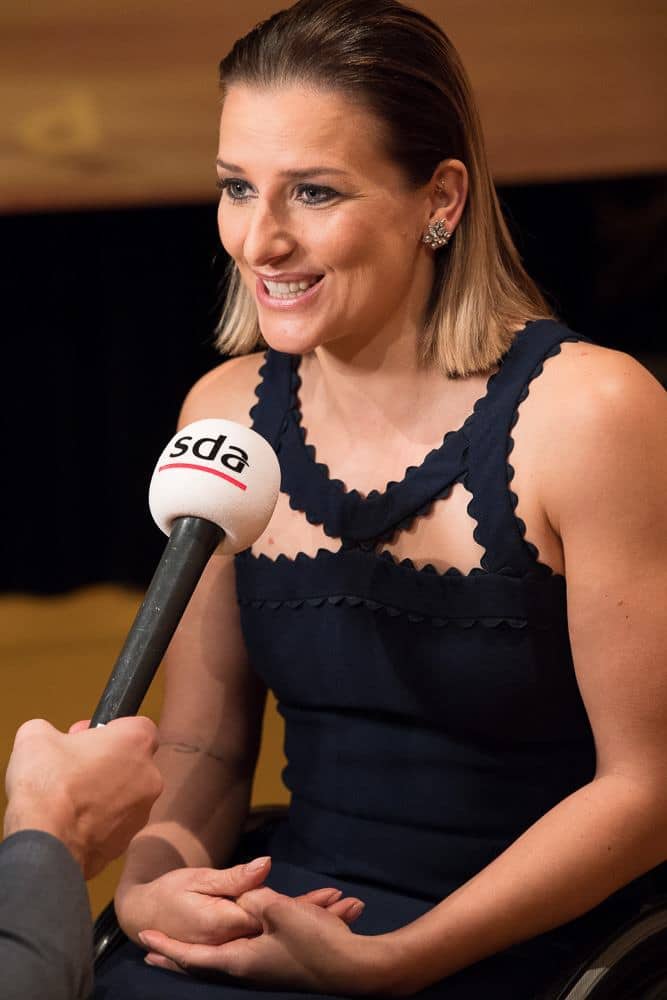 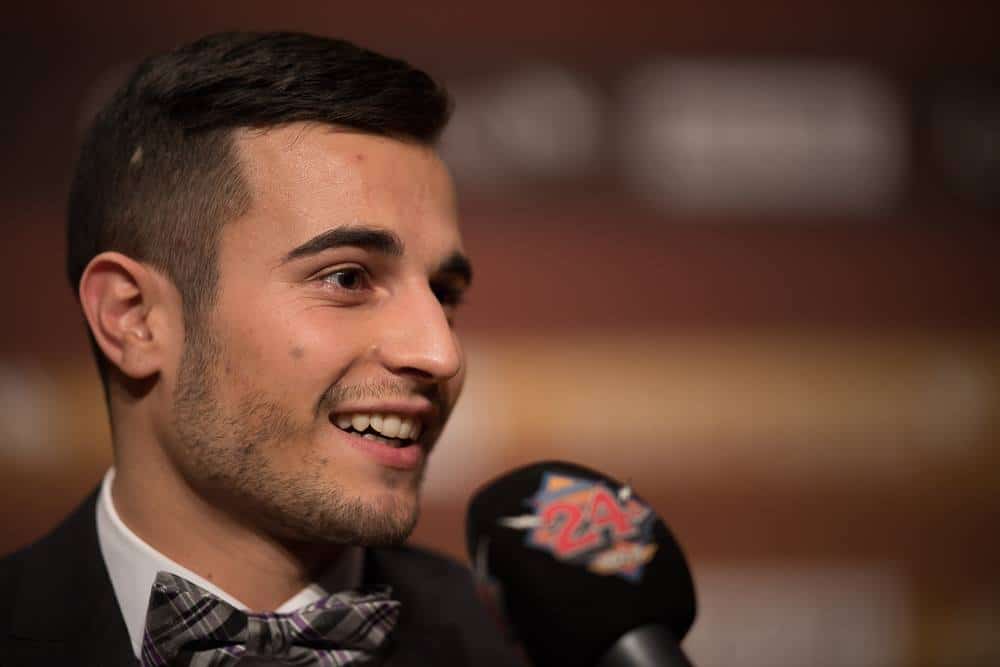 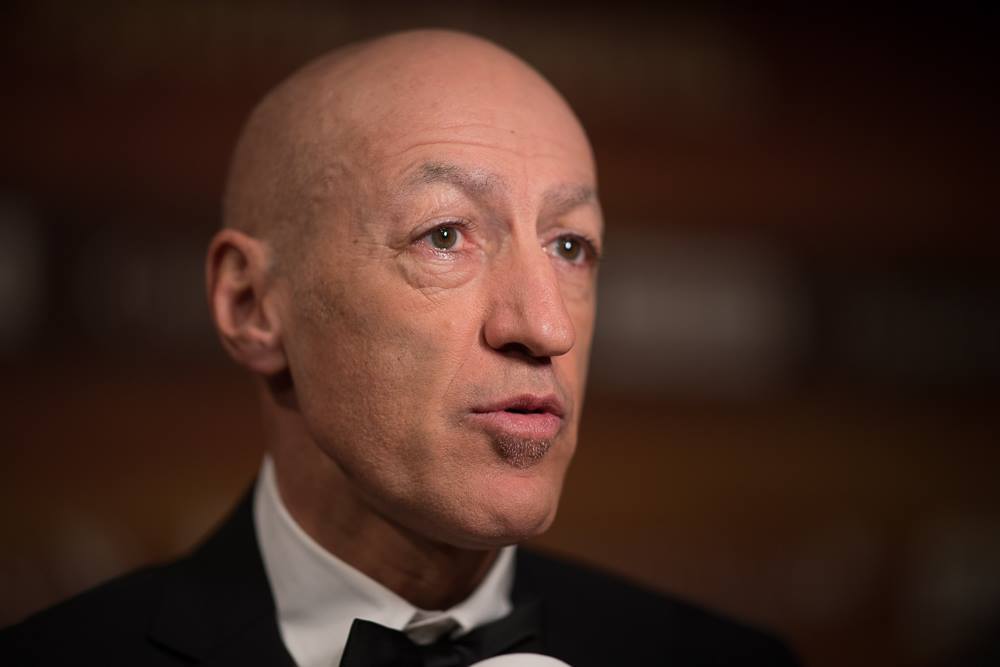 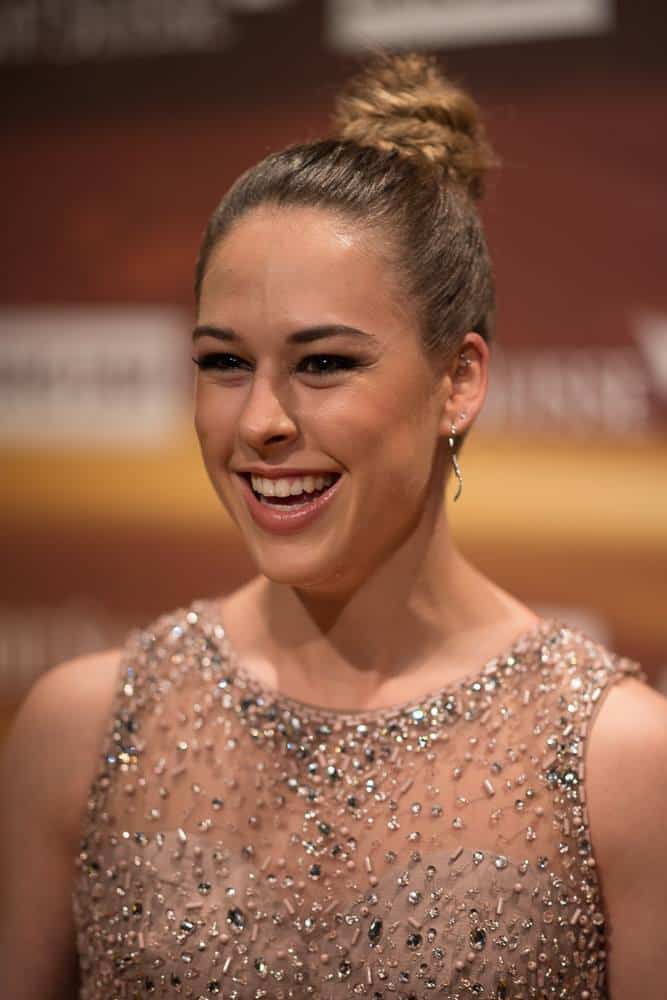 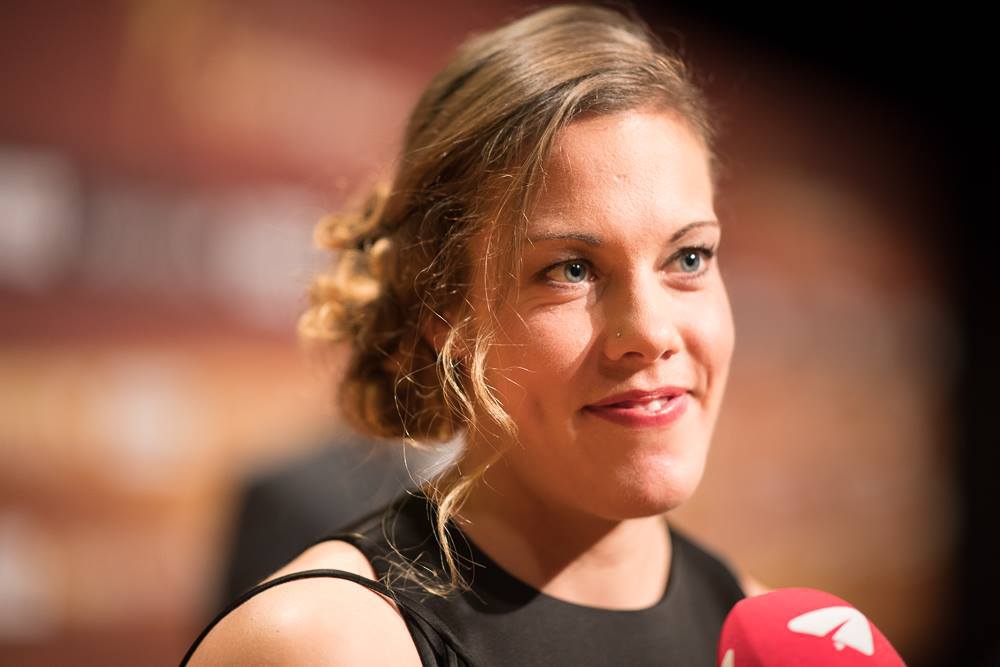 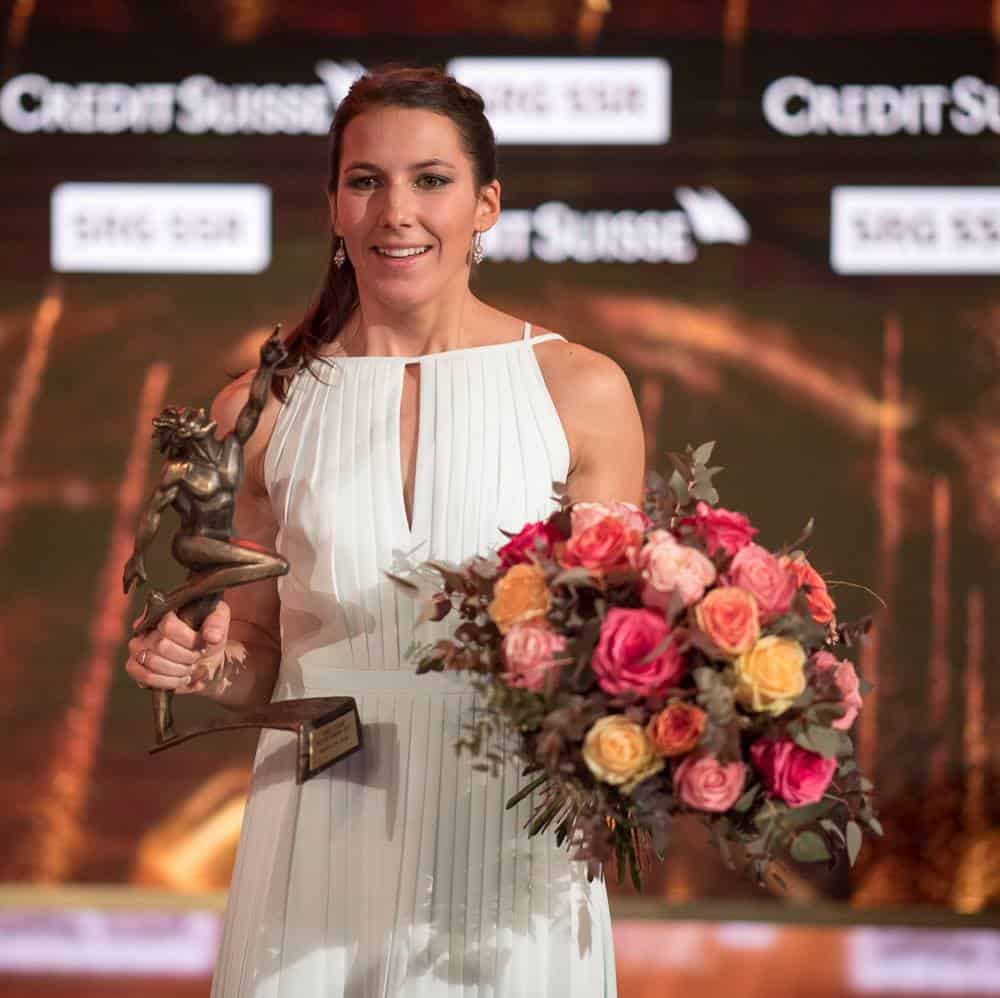 Wendy Holdener Sportswoman of the Year

except for video link shot

SmartWatcher – the precious Gift of Safety and Security

The Tradition of the Swarovski Christmas Tree at Zurich HB

SmartWatcher – the precious Gift of Safety and Security

What’s On in Zurich End of December 2017 Onwards

The Number One Spot For Fine Diamond Jewellery:...

Chilling and swimming by the river in Zurich. This

St Peter‘s Church is one of the icons of Zurich.

Sunset over lake Zurich before the storm. The beau

Jump into the weekend and have fun! Hope you’re