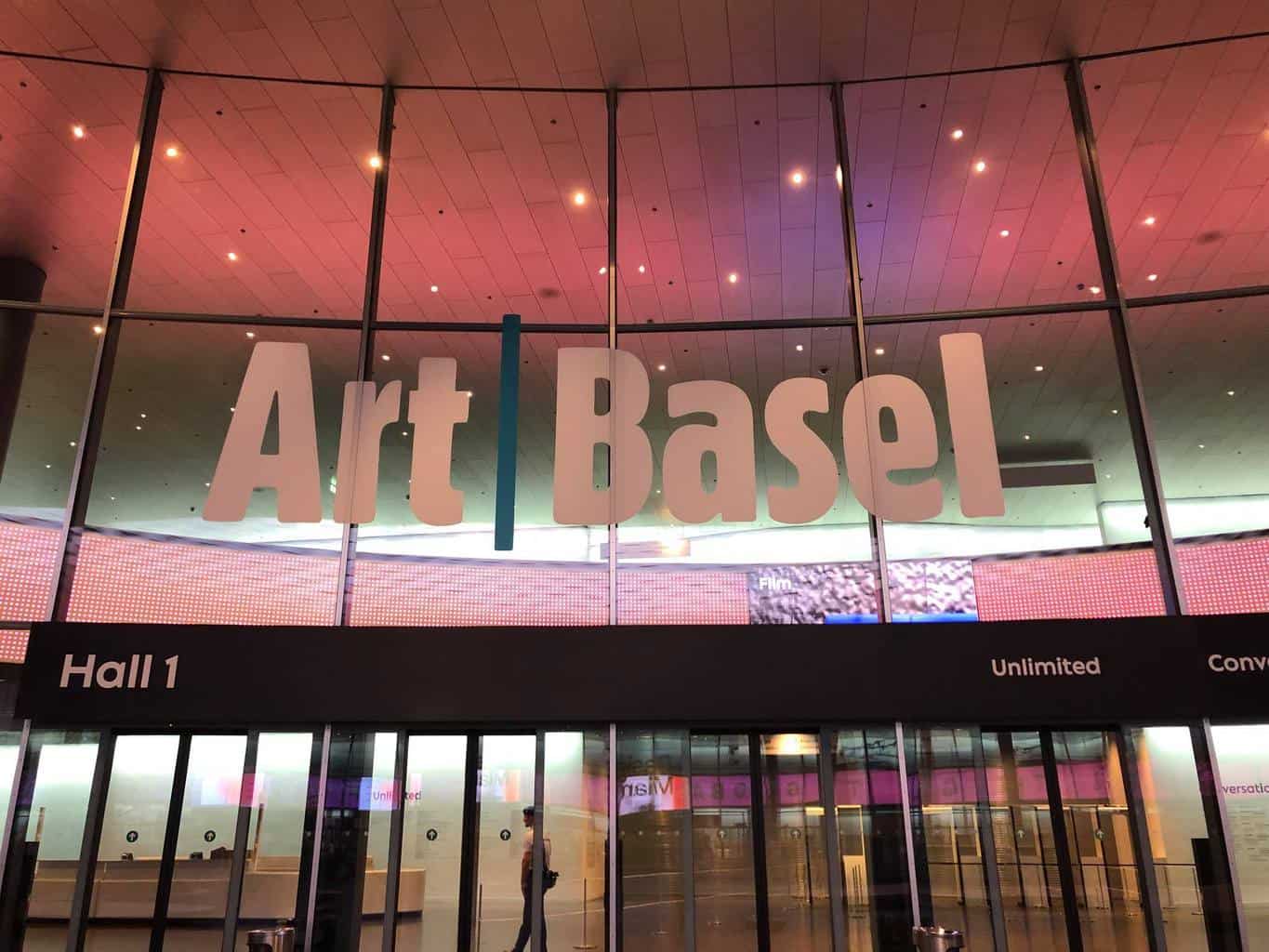 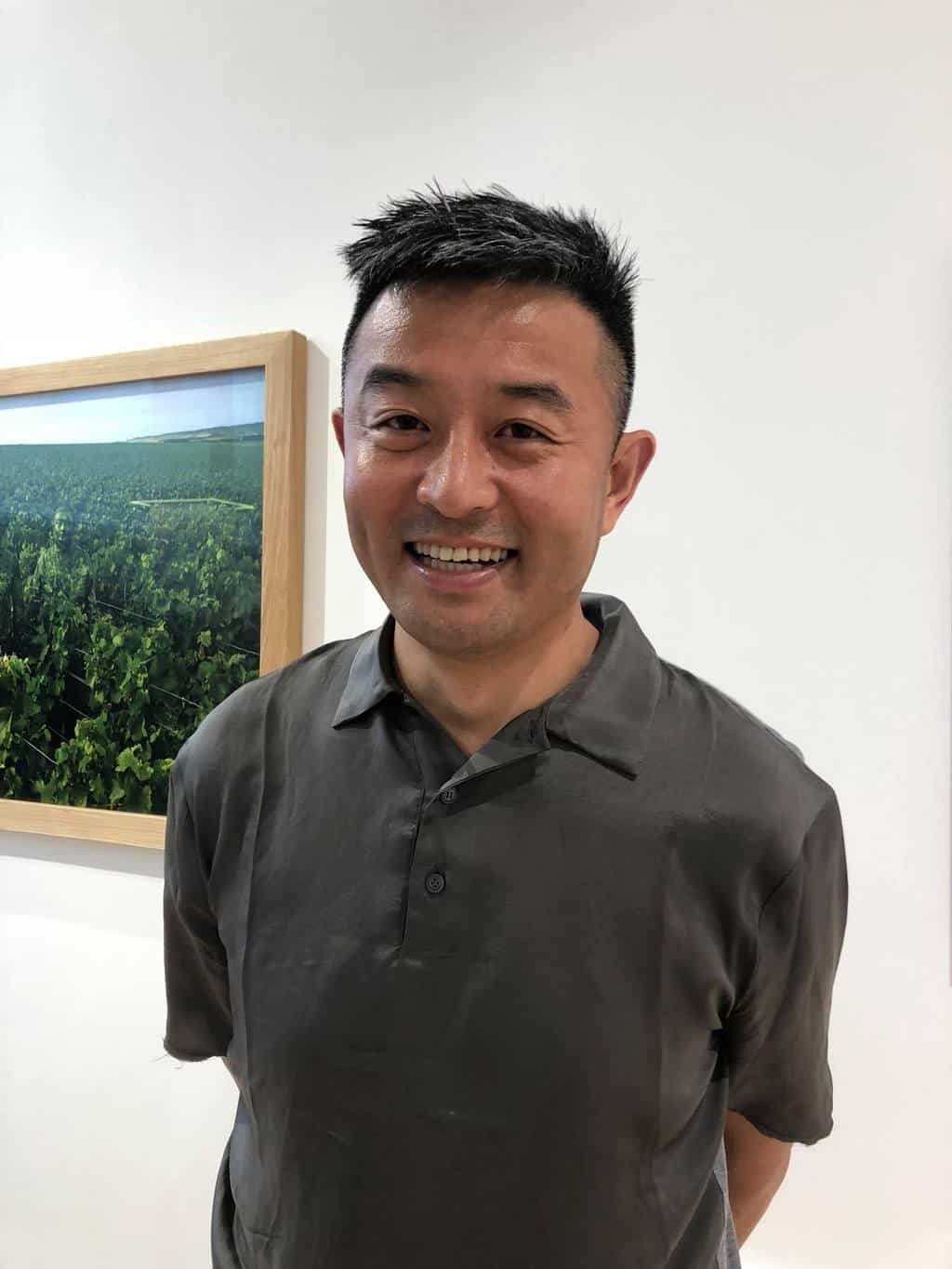 We were thrilled to be invited to Art Basel by Ruinart to meet with their chosen artist for Art Basel 2018. Every year Ruinart teams up with an artist for a collaboration during Art Basel and this year the famous Chinese artist, Liu Bolin, renowned for his pictures featuring “the invisible man”, was selected. 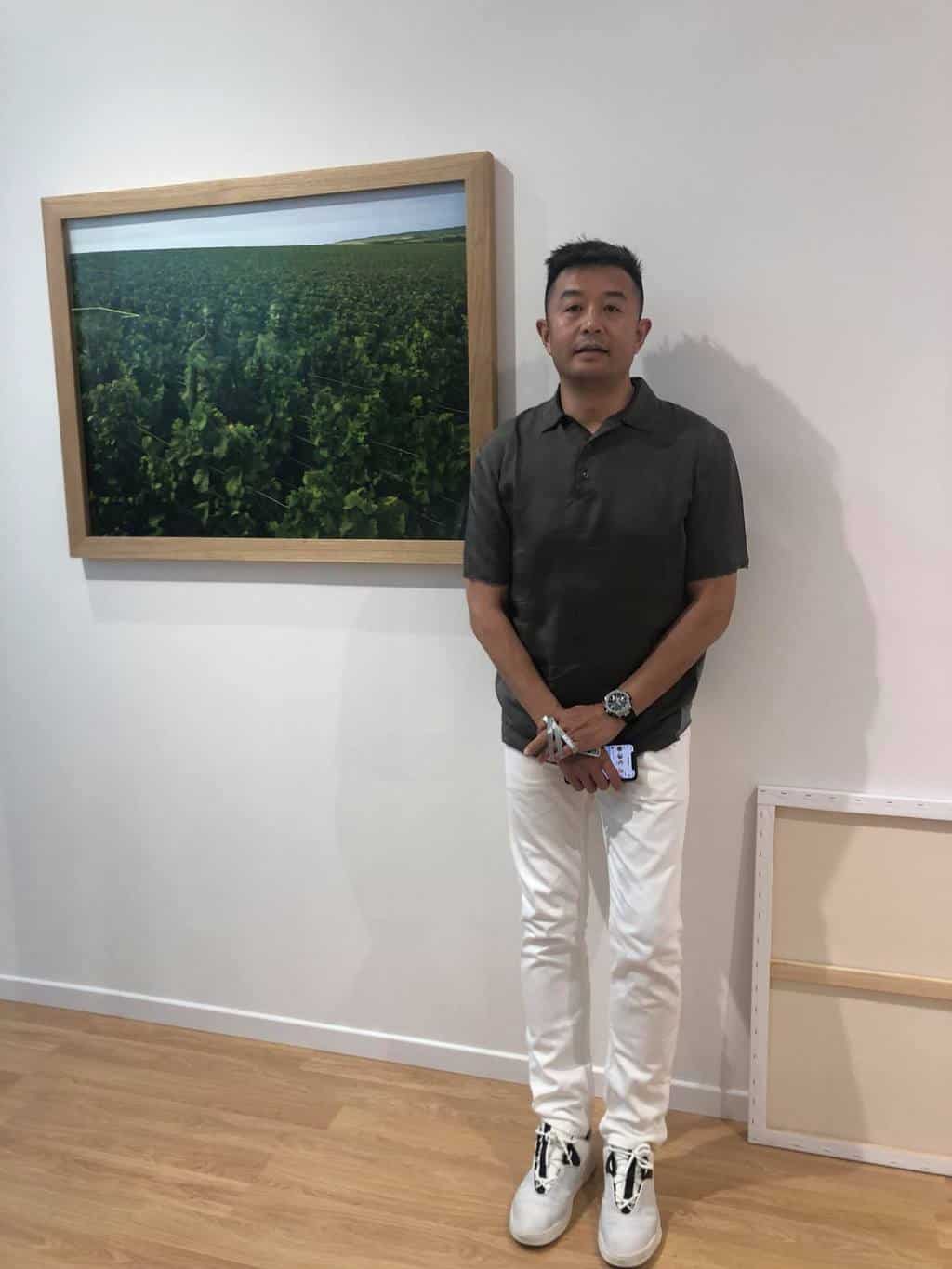 Liu Bolin ws born in China’s Shandong province and has developed an international following as a most sought after artist, performer and photographer. Not only is he a supremely talented artist but he is also a very friendly and likeable person with a great sense of humour. We spoke to him in English and also via his Chinese translator to find out more about what inspires his work and what it was like for him as a fairly avant grade artist, to work with a very classic and traditional brand like Ruinart. 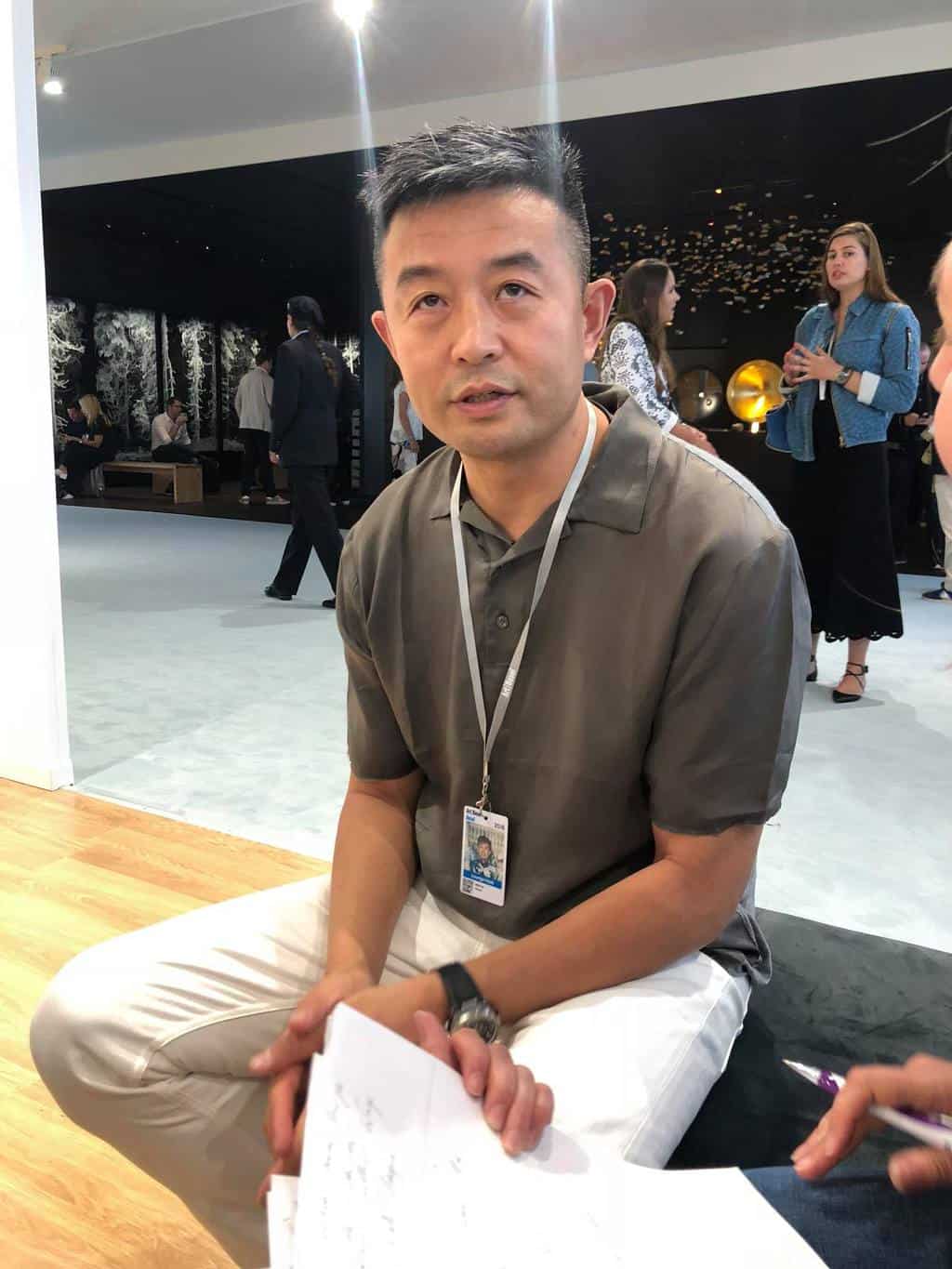 We began by talking about the physical requirements for many of the photo shoots and the fact that Liu features in many of his pictures by being “camouflaged” so that he disappears into his scenery and actually becomes part of it. He becomes the “invisible man”. 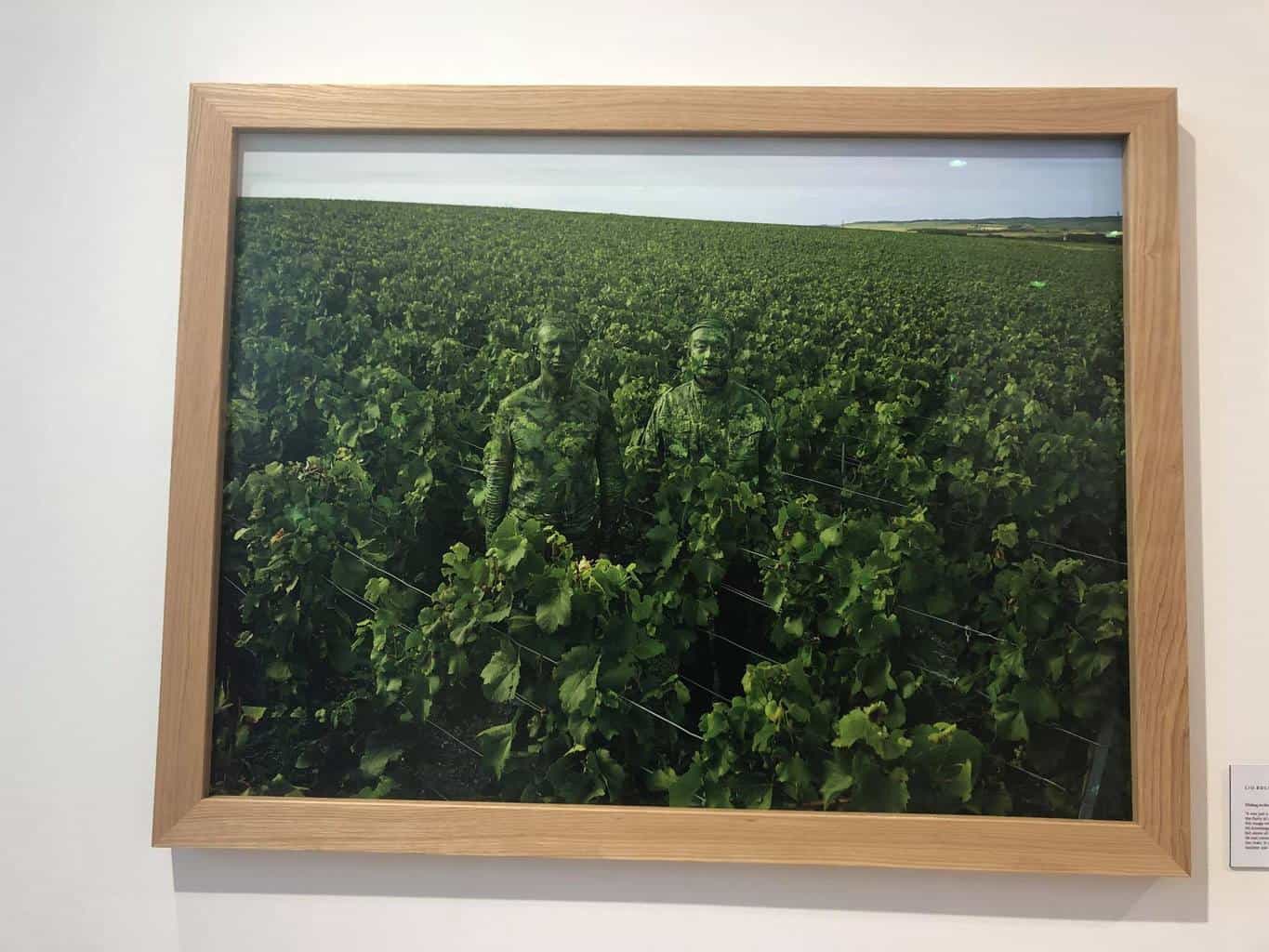 He told us that blending into scenes where there is just one colour (for example the vines here at Ruinart in Reims) was quite straight forward. However, when he is blending into, for example, a more complex scene, such the one shot on the factory floor (see below), where the champagne machinery is all in place, it is far more difficult. 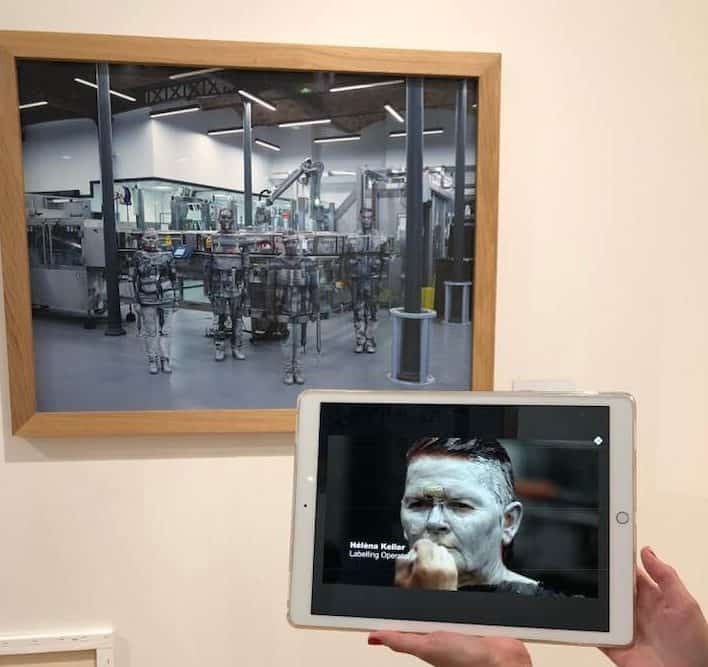 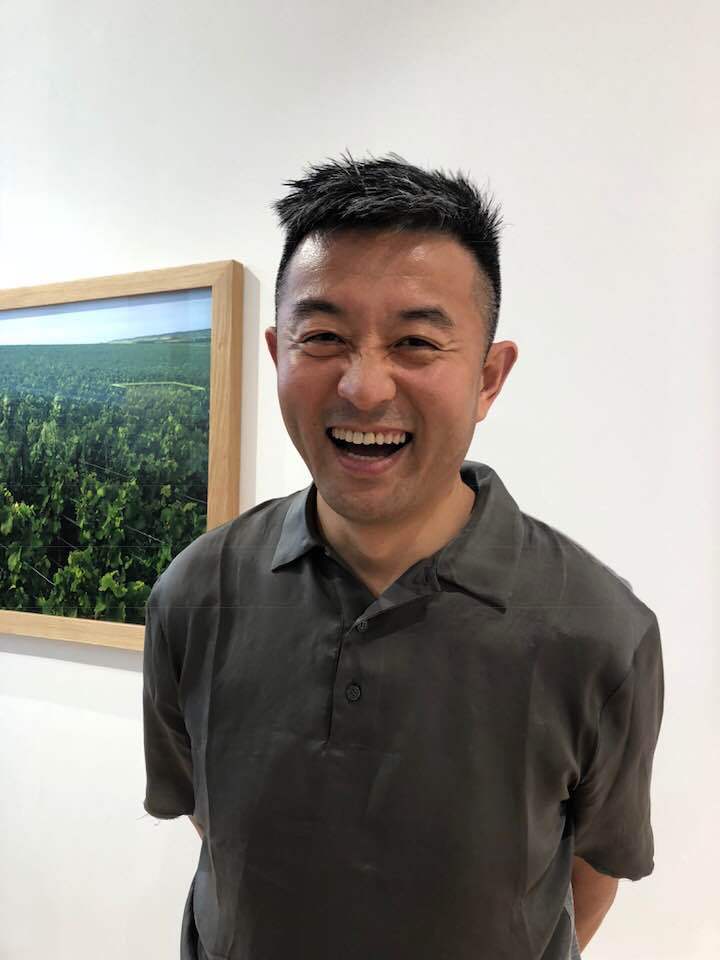 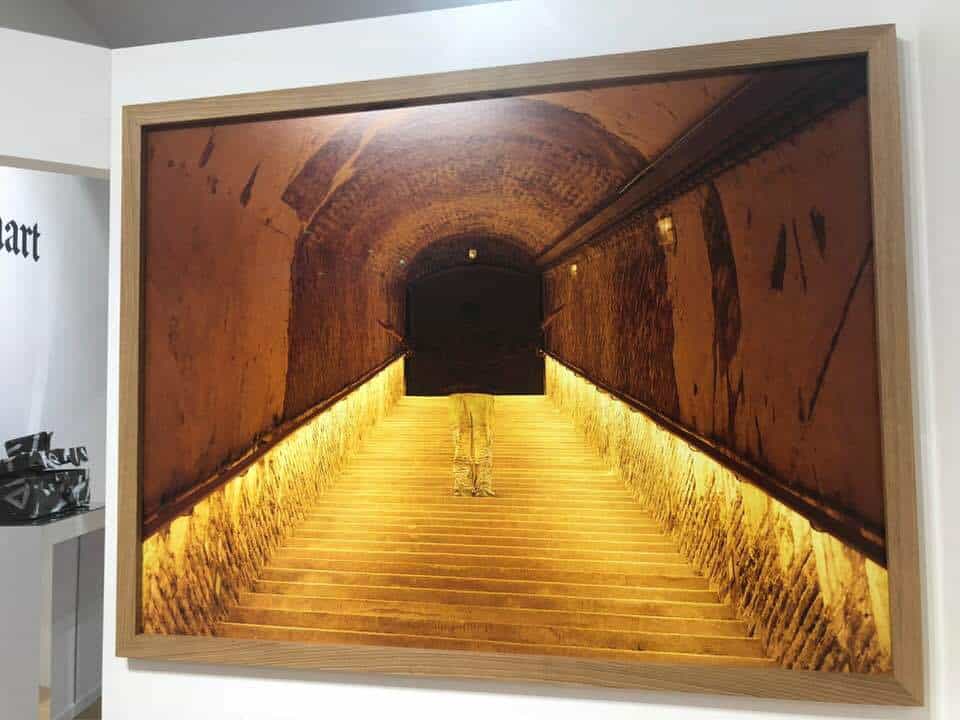 His “costume” or clothes are painted to blend in and at the Ruinart Collectors Lounge at Art Basel a couple of his “camouflage suits” were on display, such as the two shown below. 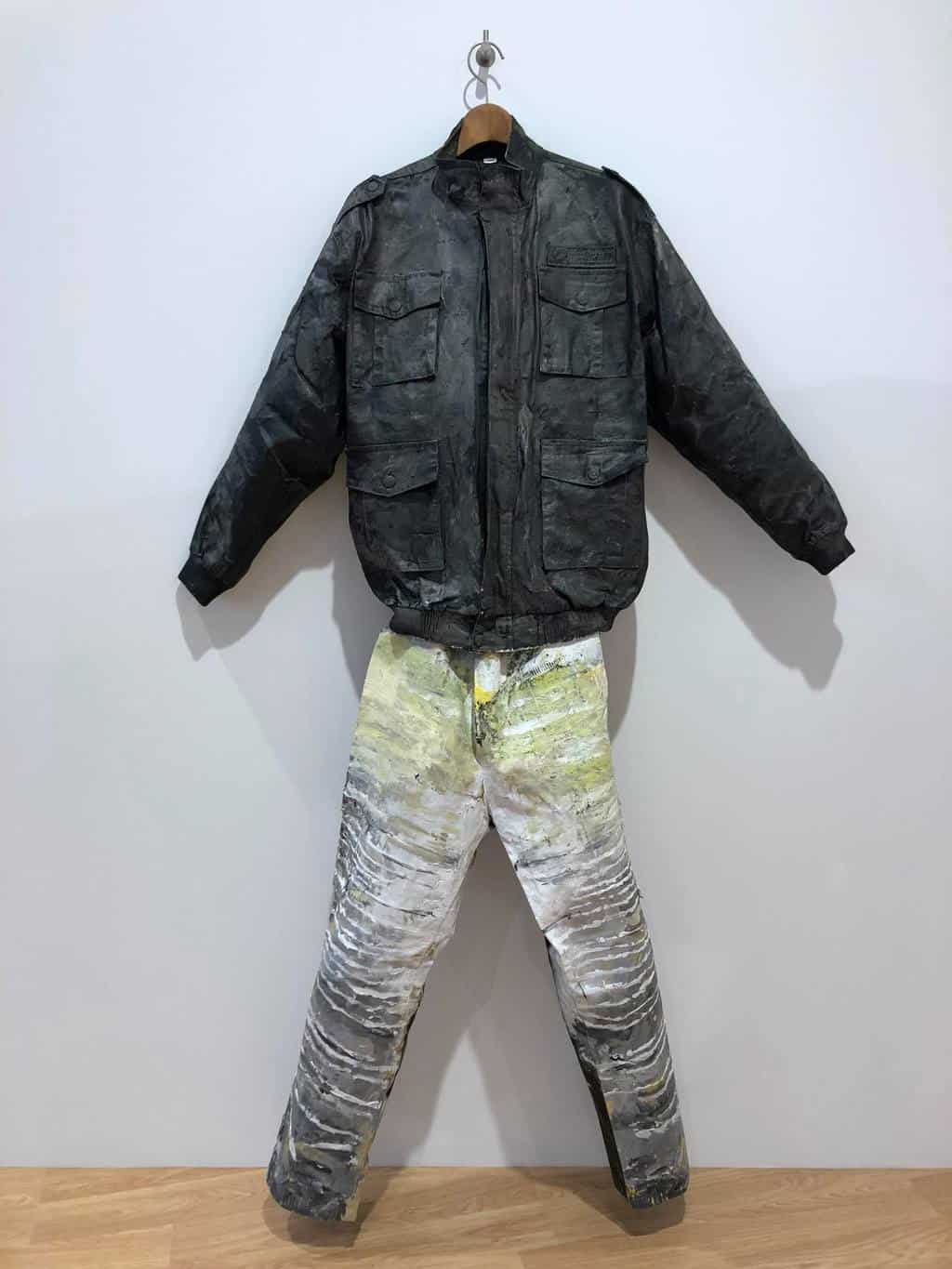 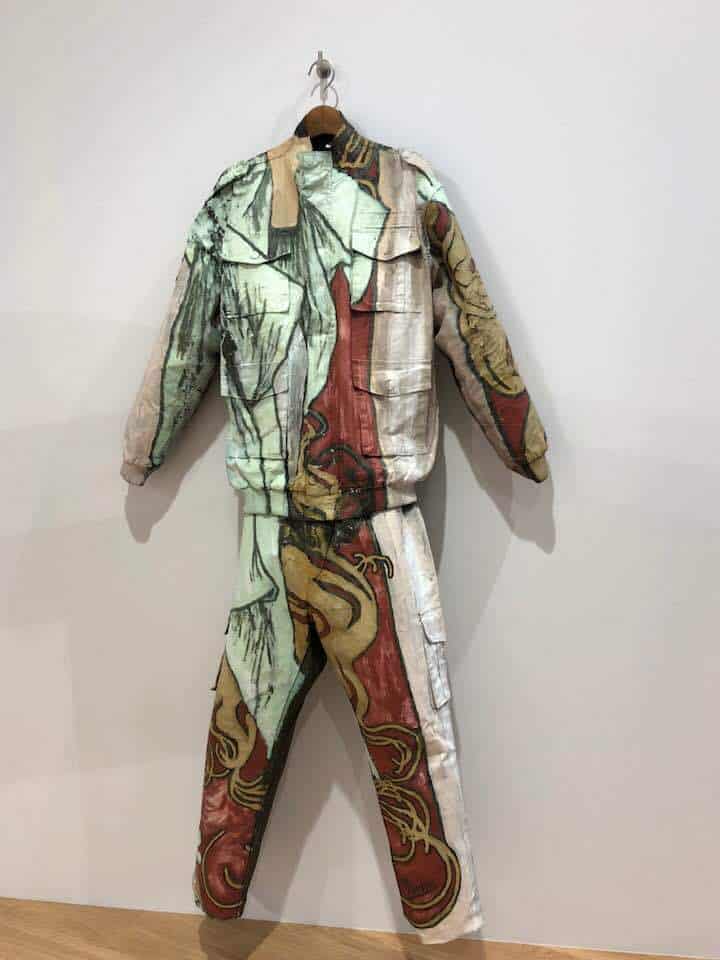 He protects his skin with a kind of mask, which is applied to his face before it is painted – and told us how he also needs to use plenty of moisturiser both before and after his face is painted to keep his skin in good condition. 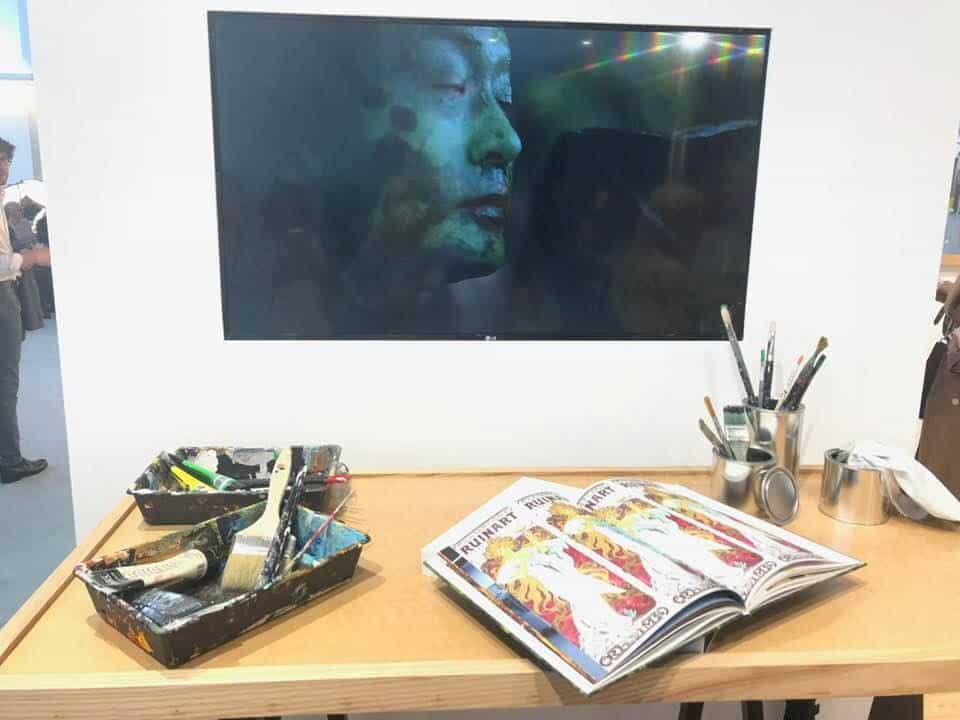 Liu was full of praise for the fact that working with Ruinart he had a complete free rein to choose whatever subject inspired him for the project. He explained to us that when he first visited the “crayères”, or chalk pits where the Ruinart champagne is traditionally allowed to rest and mature he had never seen anything like it and was full of amazement. 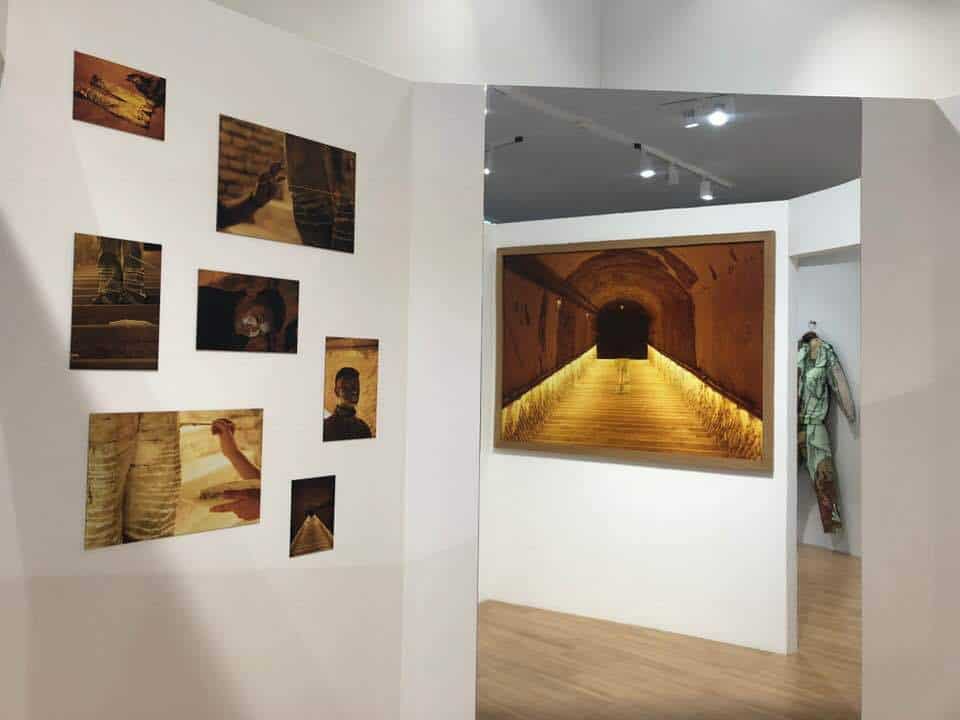 Likewise, meeting the workers on the vineyard was inspirational on a different level and he truly admired the work they put in and the connection they felt to the land and to the vines. He also noticed another synergy between being an artist and making great champagne – it doesn’t happen overnight – it takes time for everything to develop.

Whilst we were there we also met with Ruinart President Frédéric Dufour (pictured below) and were able to take a look at all of the works of art that Liu Bolin had created in partnership with Ruinart. 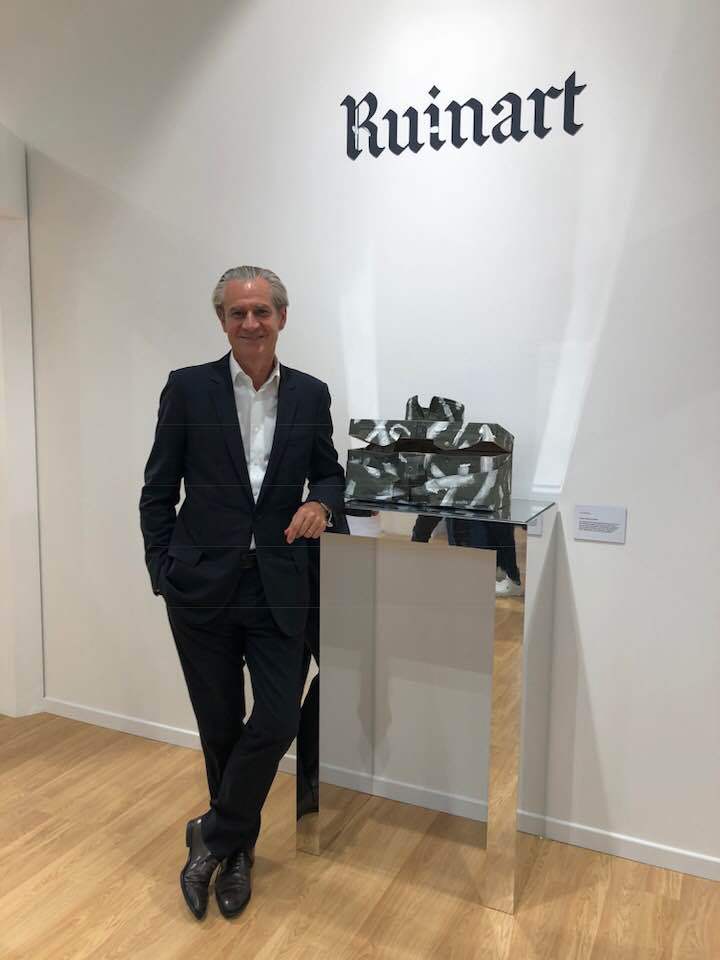 So if you are able to visit the Ruinart Collector’s Lounge whilst at Art Basel, you really must take a look at Liu Bolin’s latest works of art – they are both eye opening and inspirational. 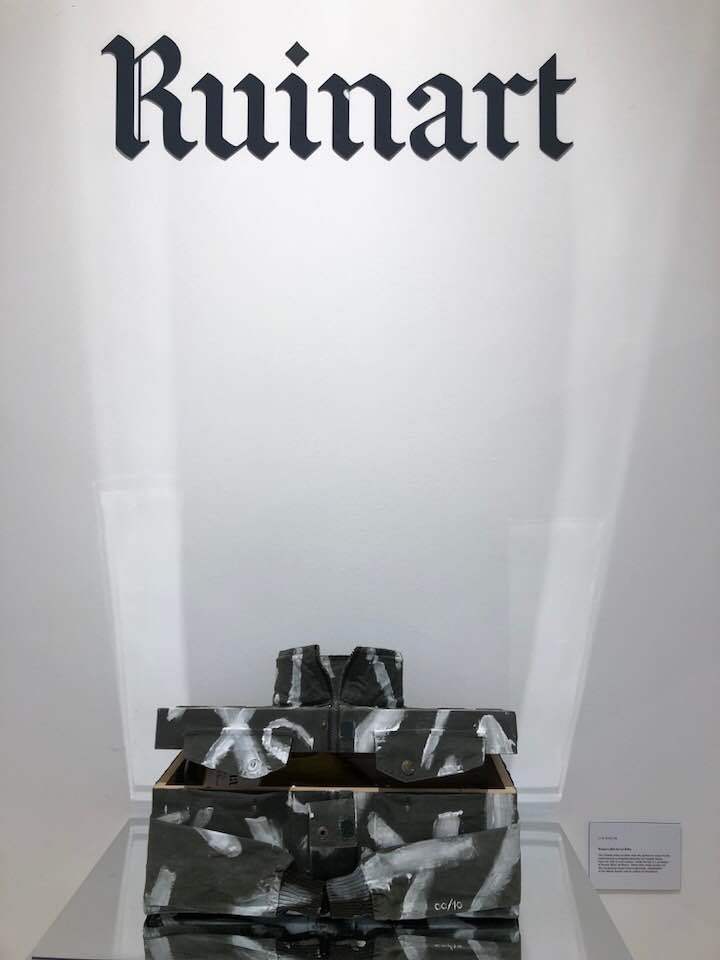 Liu Bolin has had a number of solo international exhibitions at various galleries all over the world including Galerie Paris-Beijing in Paris, Klein Sun Gallery in New York, and Boxart in Verona, Italy, among others. He lives and works in Beijing, China.

Alain Bossé The Kilted Chef Returns to the parkhuus Zurich

What’s On in Zurich And Beyond Late June 2018