The Brunch Train From Zurich 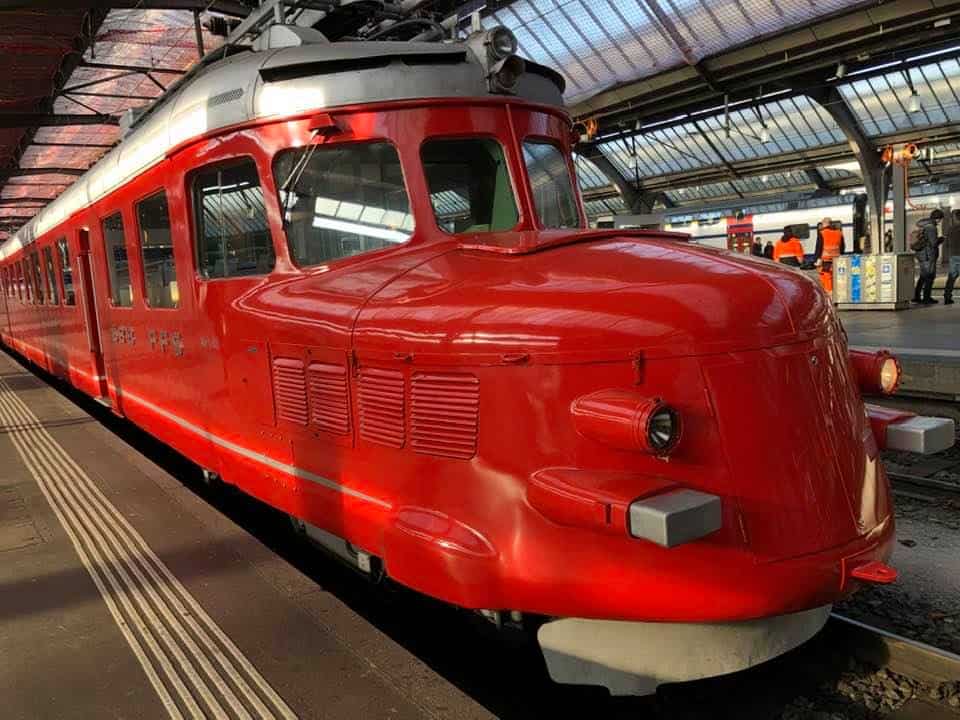 Brunch on The Red Arrow Churchill

Fancy a day trip out and breakfast too? Why not let the train take the strain and travel in style on one of the SBB’s Double Red Arrow trains with breakfast included? Swiss trains are a very civilised way to travel at any time and what could be better than having a relaxed brunch with a view in the very special Red Arrow Churchill? 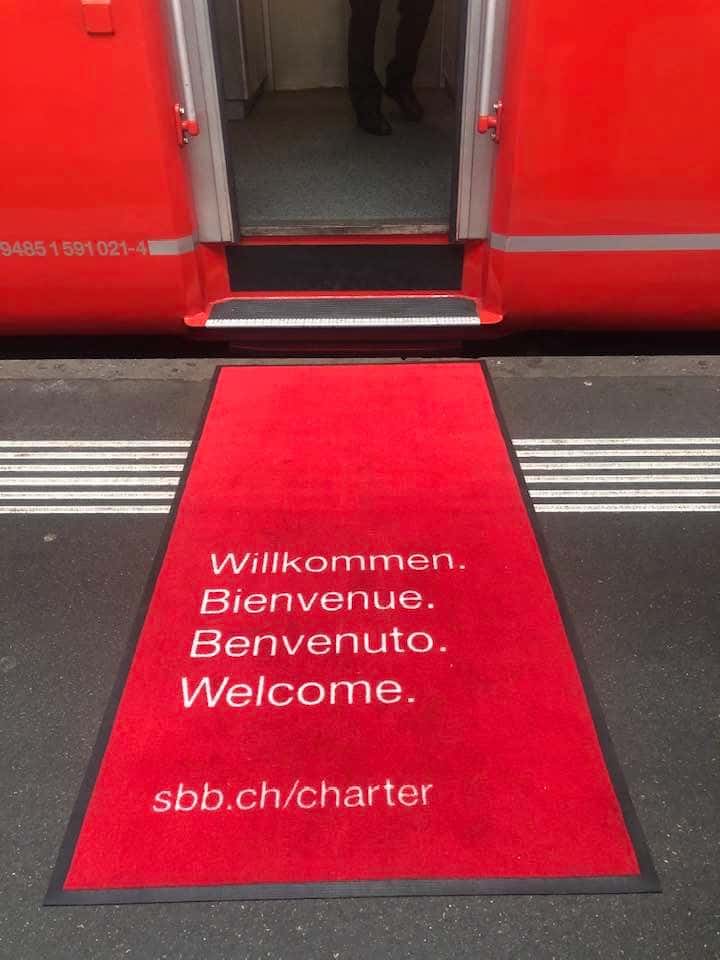 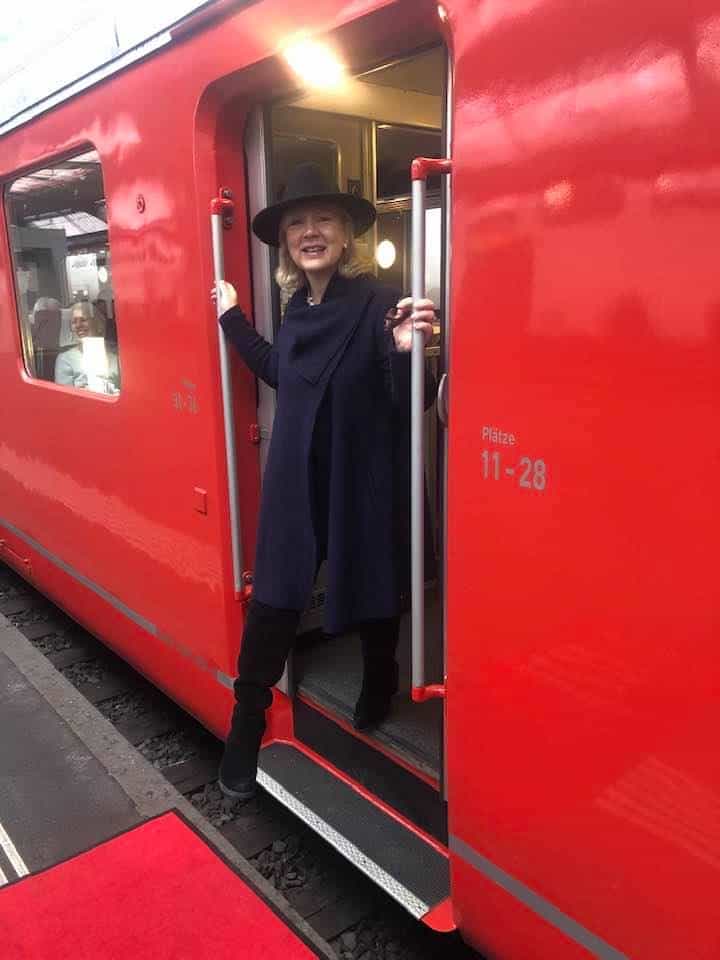 Swiss Federal Railways took delivery of the Red Arrow on 3rd May 1939 and shortly afterwards it was showcased at the 1939 National Exposition (the “Landi”) as an example of Swiss workmanship. 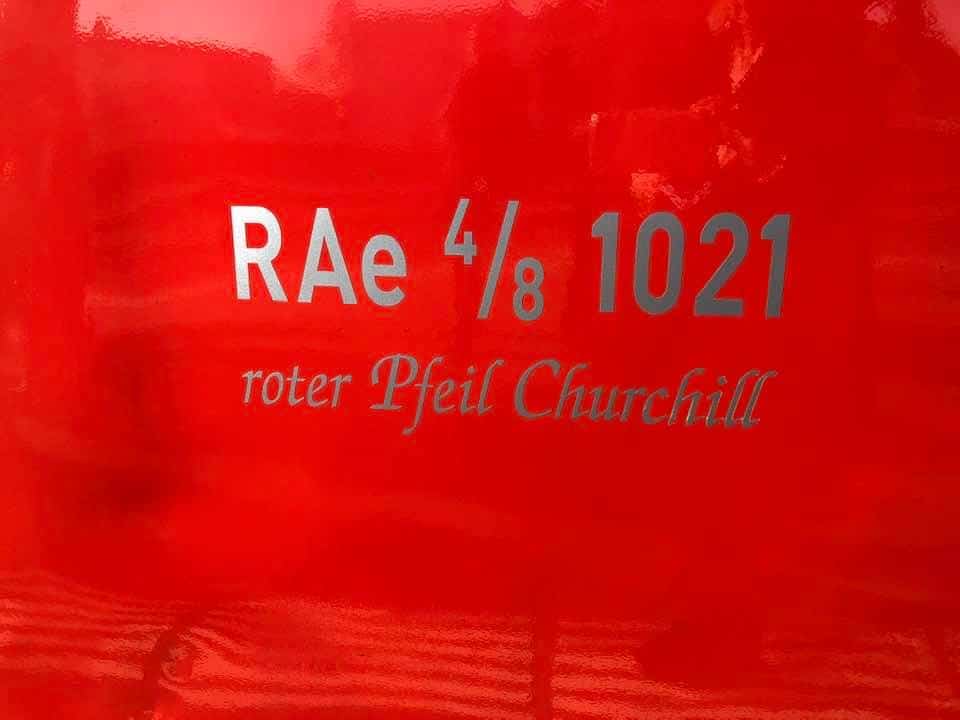 The official name of the train is RAe 4/8 1021 and in German it’s known as the “Roter Pfeil Churchill”. It is SBB’s oldest mainline train still in operation. For many years it was Swiss Railways fastest train with a top speed of 150 km per hour. Nowadays the fastest it travels is around 120 km per hour and it usually cruises around 80 km per hour. 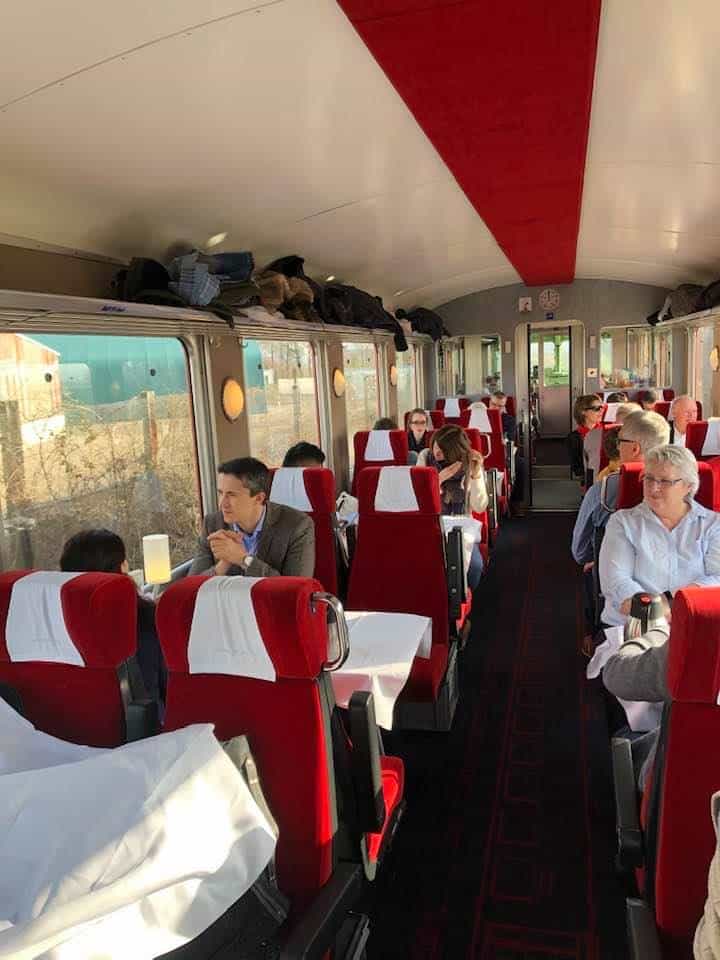 The train has had a chequered history and in 1979 short after a complete overhaul it got badly damaged during a test run in the Gotthard Tunnel. It was deemed unrepairable and sold at scrap value to a private investor. In 1992 it was taken over by the Mittelthurgau Travel Agency who managed to repair it for the commemoration of 150 years of Swiss Railways in 1997. Now back in the SBB fold, it made its second maiden journey on 15th December 2002. 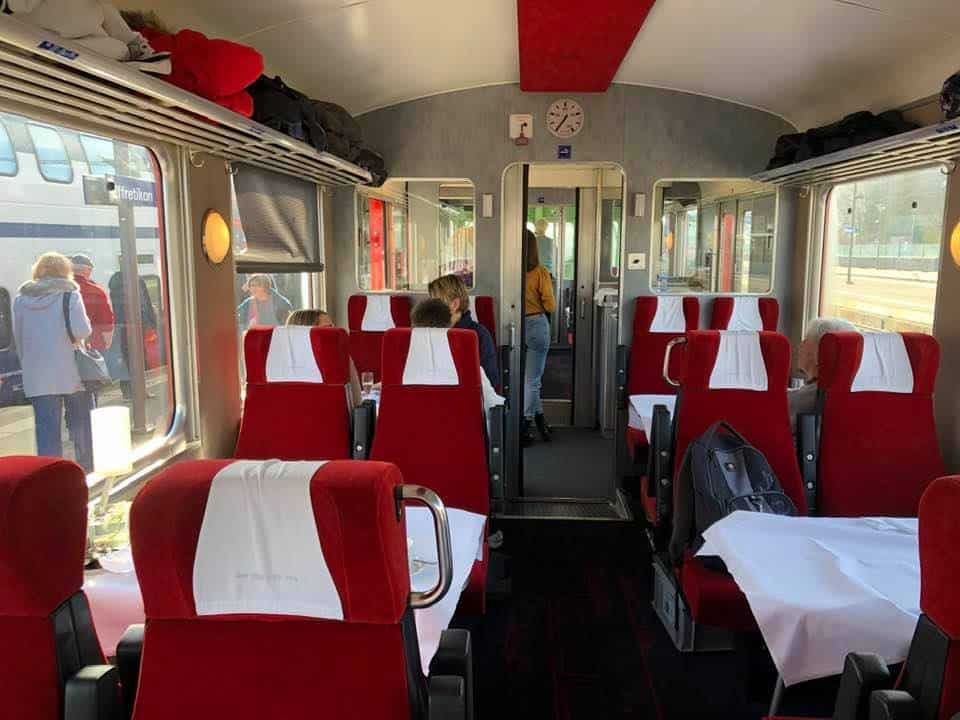 Inside it is kitted out with plush red seats and the tables were laid with white linen tablecloths. 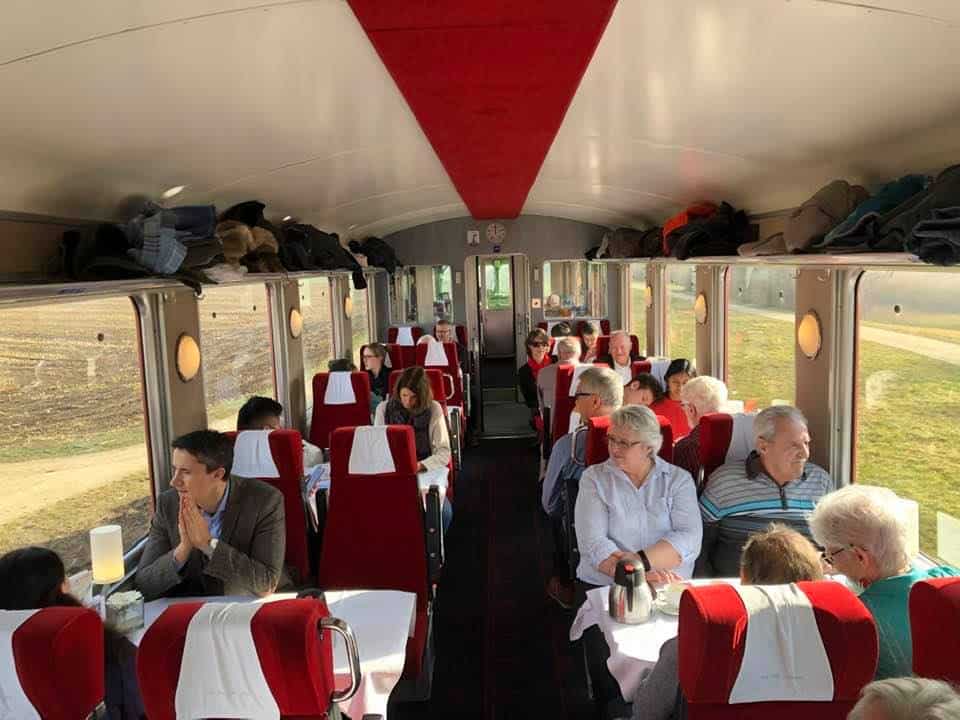 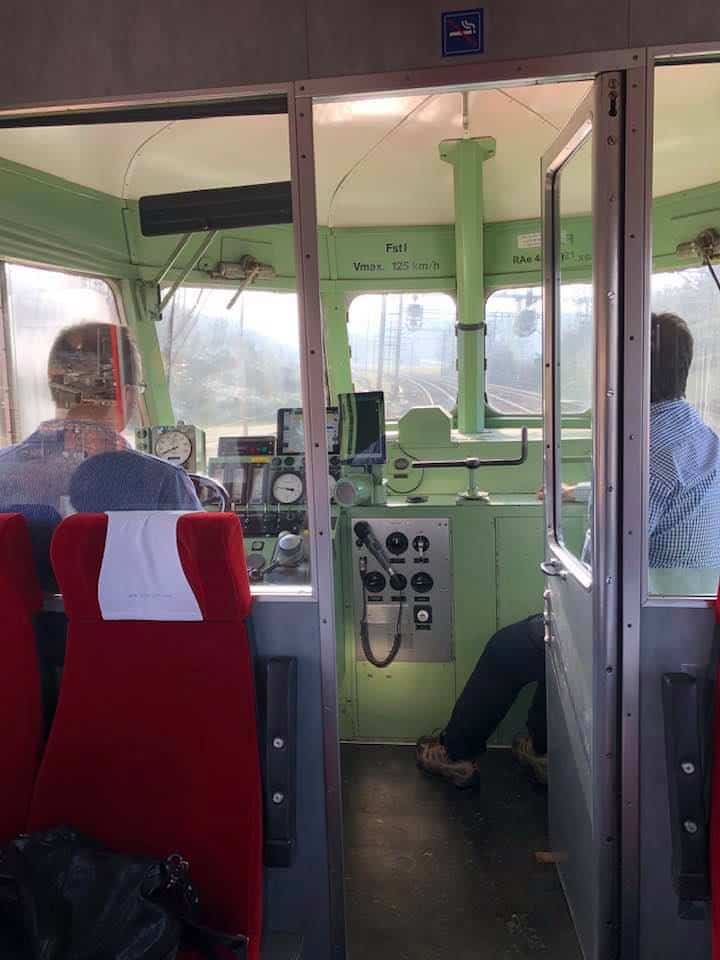 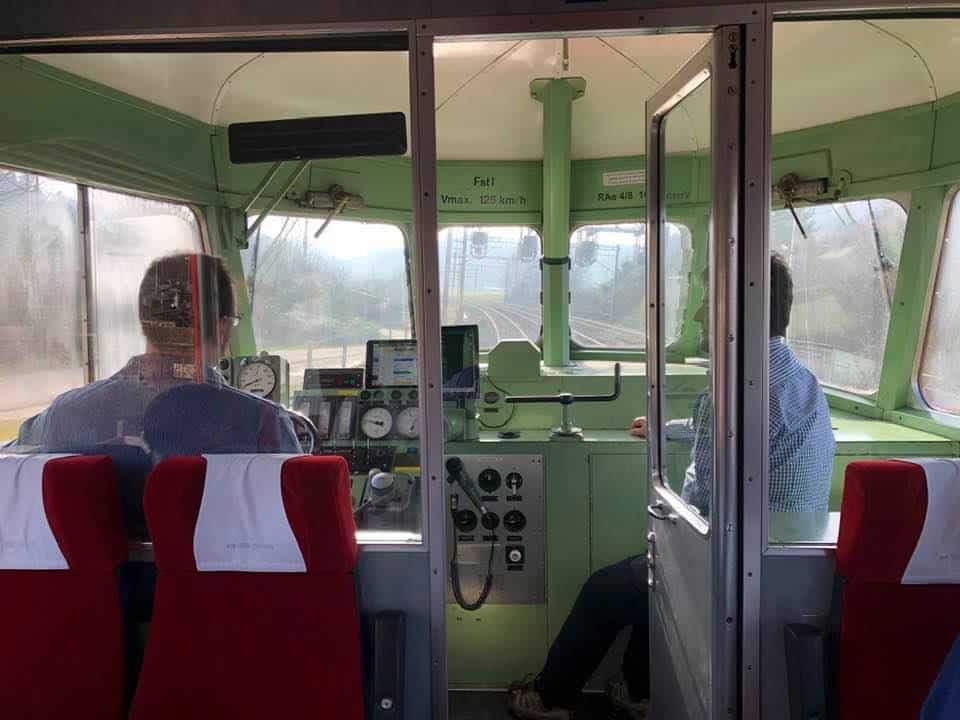 During the journey you’re allowed to visit the driver’s cabin. Inside you see a mixture of the original machinery combined with modern tablets and screens. 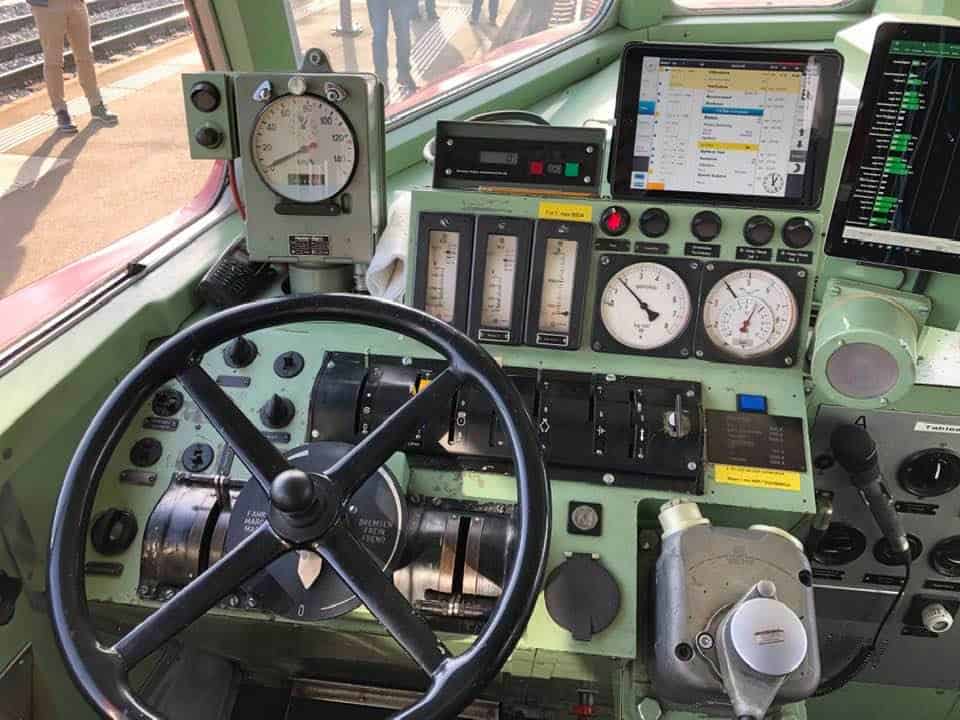 The “Churchill” acquired its legendary nickname after British Prime Minister Sir Winston Churchill travelled through Switzerland on this very locomotive in 1946. Nowadays, the Red Arrow “Churchill” can be hired as a special event train for birthdays, weddings or other occasions. In addition they run special events like Sunday Brunch on certain Sundays throughout the year. 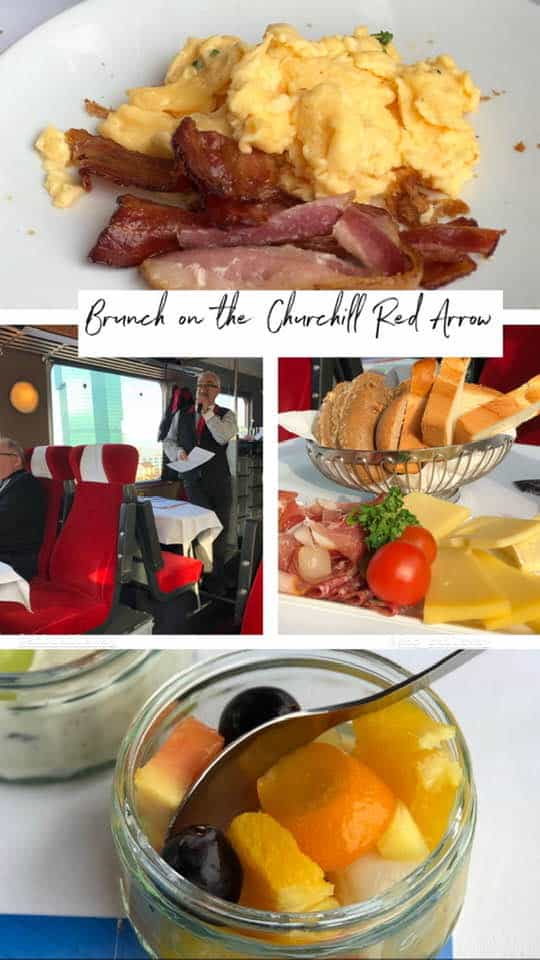 It’s a great way to appreciate the beauty of the landscape and a fun activity to do with friends and family. It’s also a huge privilege to be able to ride a magnificent historic train like the Churchill red Arrow. The day we set off it was a foggy January morning, so the views were not as great as usual, however, later on the fog began to lift and the sun came out. 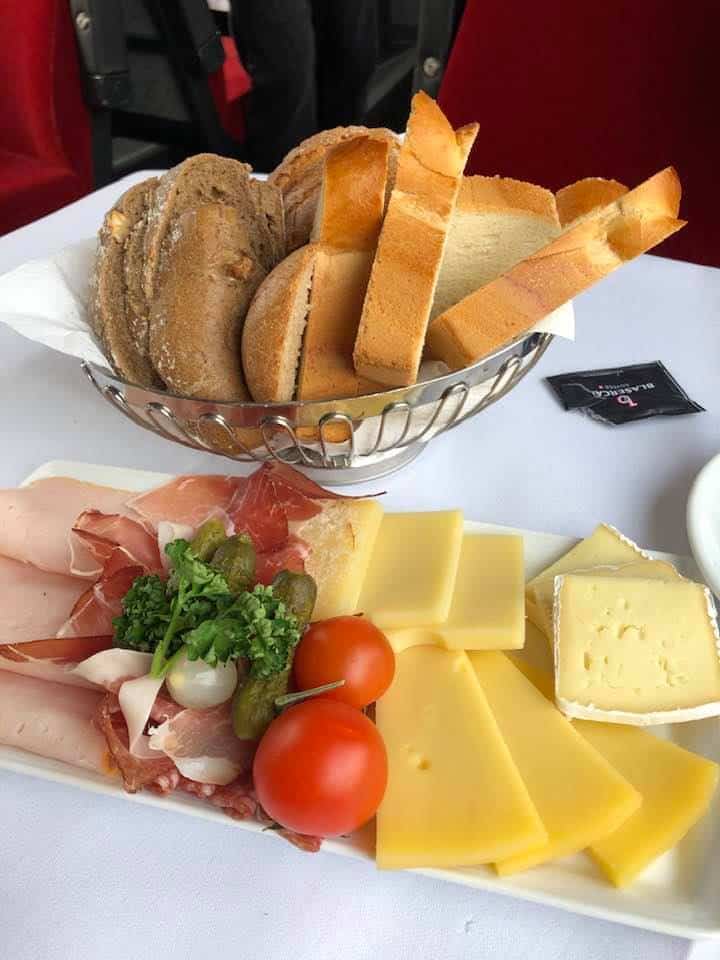 If you would like to experience Brunch on the train, it departs Zurich Hauptbahnhof at 10.15 and after a roundtrip via Winterthur, Frauenfeld, Hauptwil, Gossau and Effretikon, arrives back in Zurich just after 2pm. You get a welcome introductory speech from one of the staff, telling you about the journey and pointing out key pieces of information. 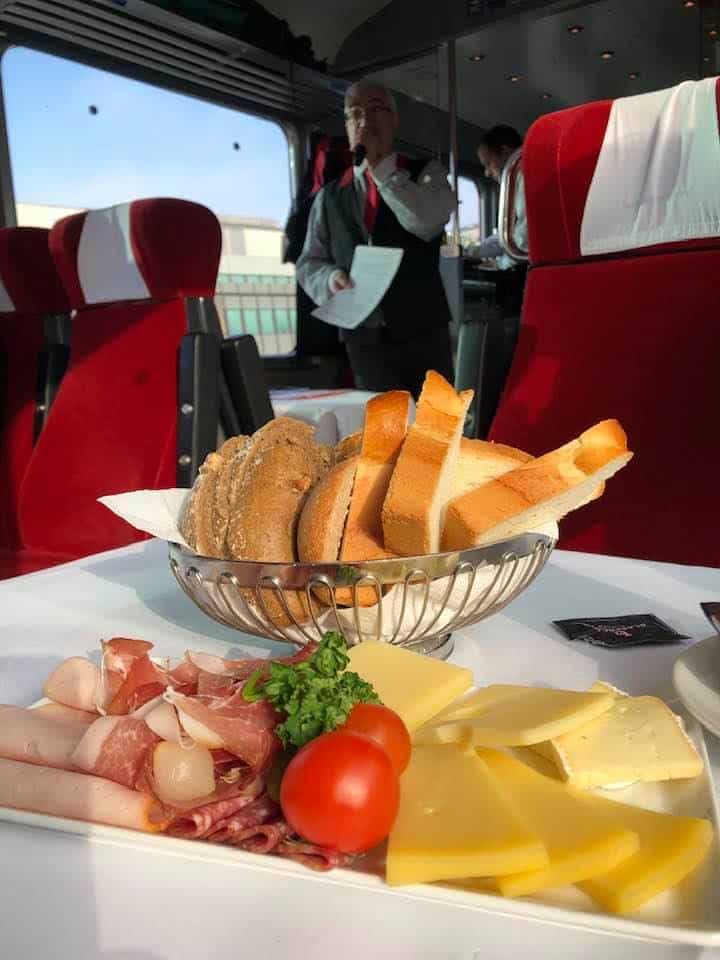 Video: You can see the video of our train journey here

Brunch Onboard the Churchill Red Arrow

The brunch begins as soon as you step on the train with a selections of homemade breads, croissants  Swiss jams and honeys and a pot of coffee. You’re also given a glass of orange juice or water to begin with and there is a selection of Swiss cheese and hams to tuck into. Later on the journey you are served scrambled eggs and bacon followed by a choice of either Birchermuesli or fresh fruit salad. Along the way you can have unlimited coffee, tea and hot chocolate. If you’re feeling in a festive mood you can of course add a glass of Prosecco or wine or something else from the onboard bar. 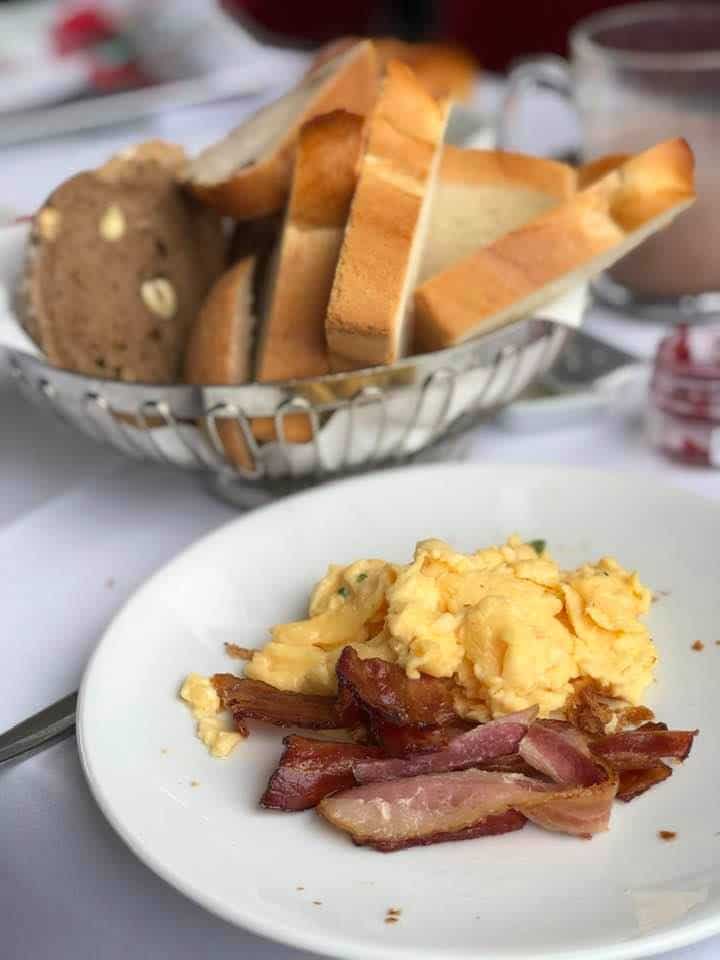 It’s the perfect treat for a birthday or anniversary or special event. There are various dates available throughout the year – see details below.

Brunch on The Red Arrow Churchill 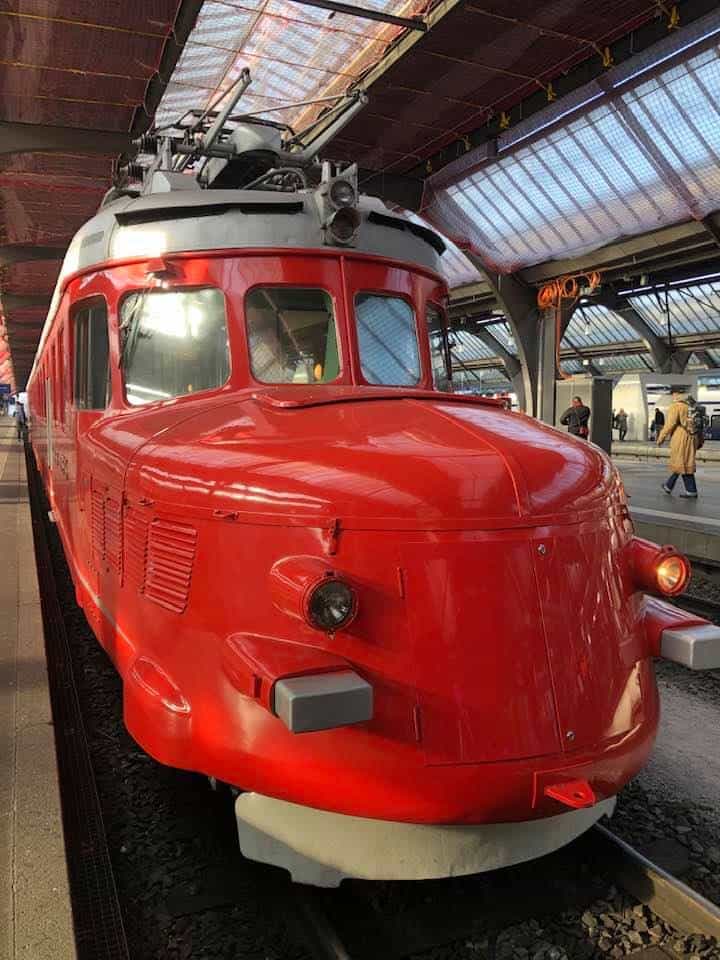 Brunch Dates on the Churchill Red Arrow for 2022:

The RailAway adventure trip “Brunch trip on the Red Arrow” can be booked: 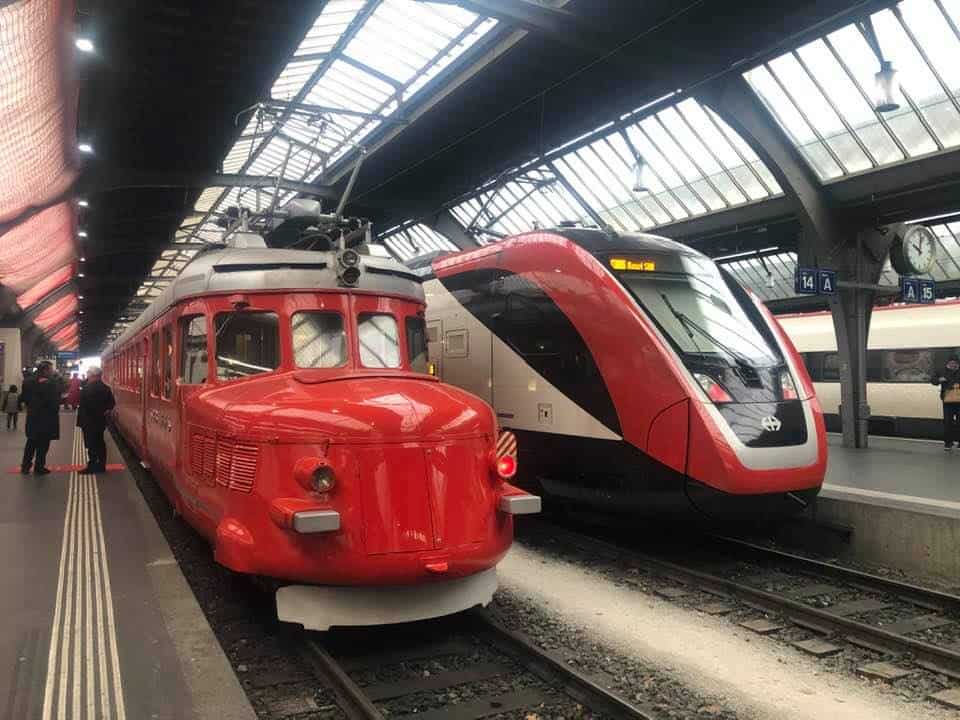 Take a look at our video of the journey here:

For more information about Events in Zurich and beyond please see our What’s On Page or our Home Page or for regular updates subscribe to our blog.

A Day Out Discovering Switzerland on the Bernina Express

A Scenic Journey Through Switzerland on The Bernina Express

What’s On In Zurich Late January 2020