A Trip to The Stunning Chateau de Chillon Montreux 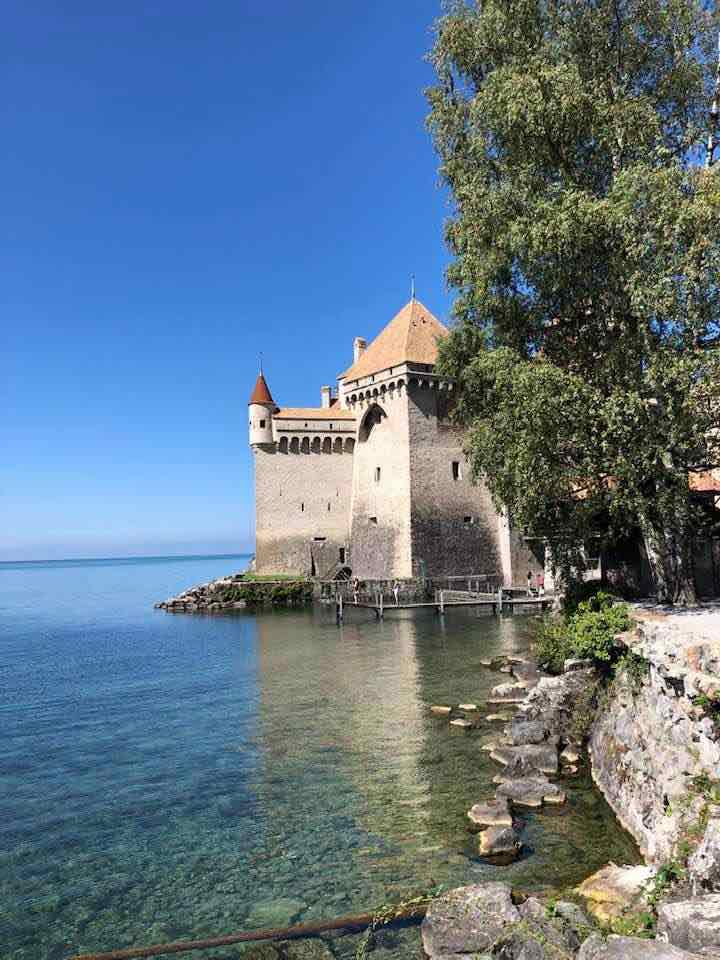 A Trip to the Stunning 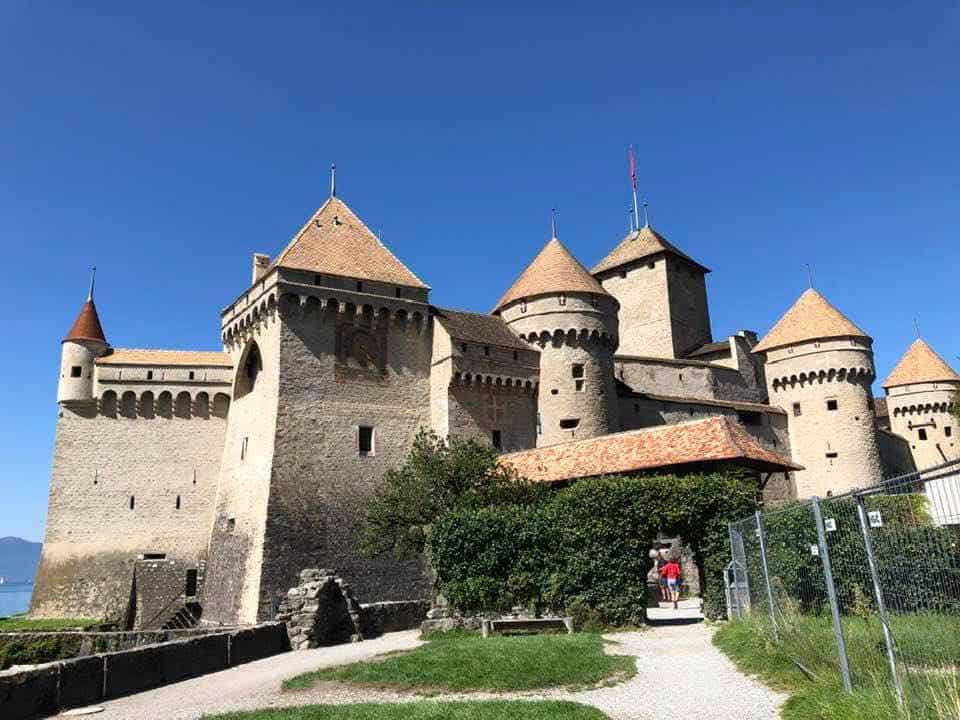 Did you know that the most visited historic monument in Switzerland is Chateau de Chillon? This magnificent castle occupies a strategic position on a rocky island on the shores of Lake Geneva in Veytaux, close to Montreux. Sadly at the moment, due to the Corona crisis we can’t visit it any more, but hopefully once things have got back to normal again it will be back on your Bucket List. 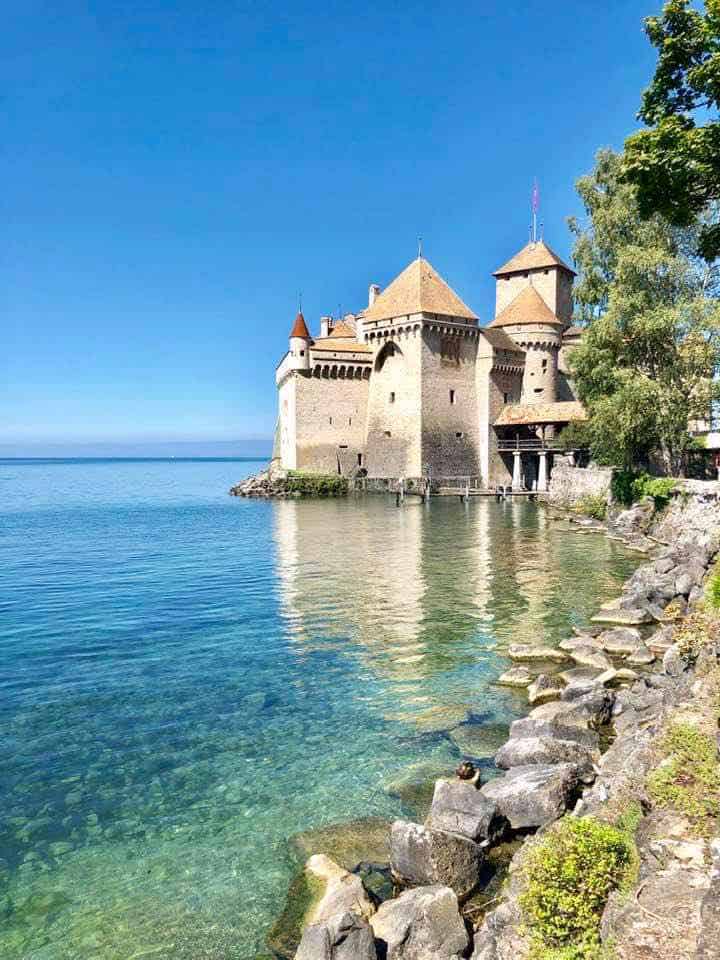 It’s a beautiful place to visit anytime of year and there is so much to see it is impossible to take it all in in one visit. We’ve been to visit several times now, at different times of year, and each time we’ve seen something new. 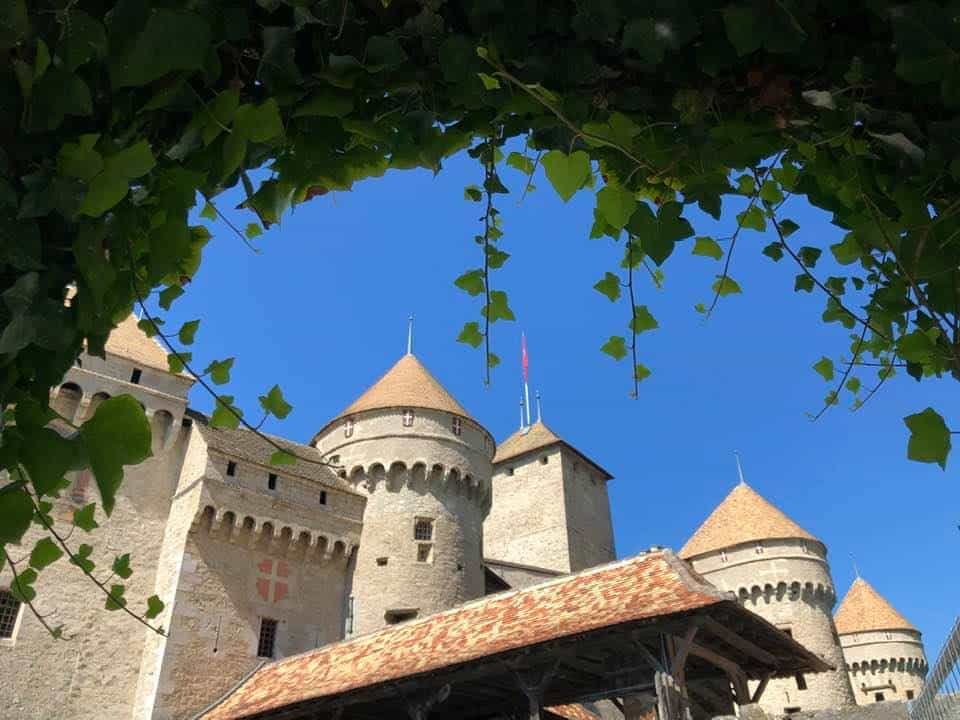 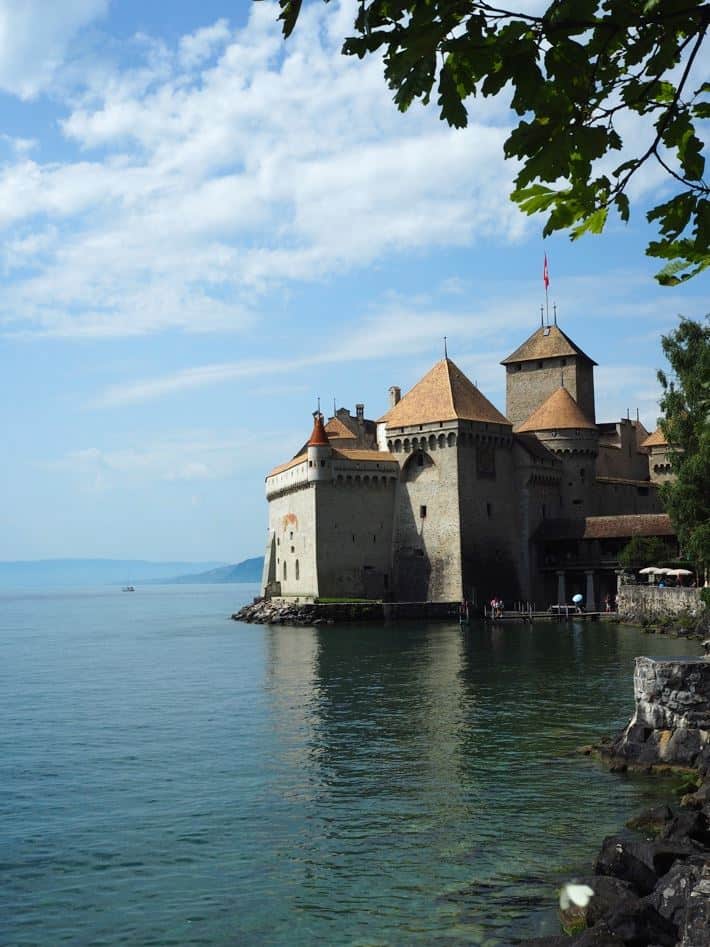 The site of this 13th Century fortress has in fact been occupied since the Bronze Age. Today’s castle is the result of the influence of the Savoys from 12th Century until 1536, the Bernese from 1536 to 1798 and the Vaudoise from 1798 to the current day. 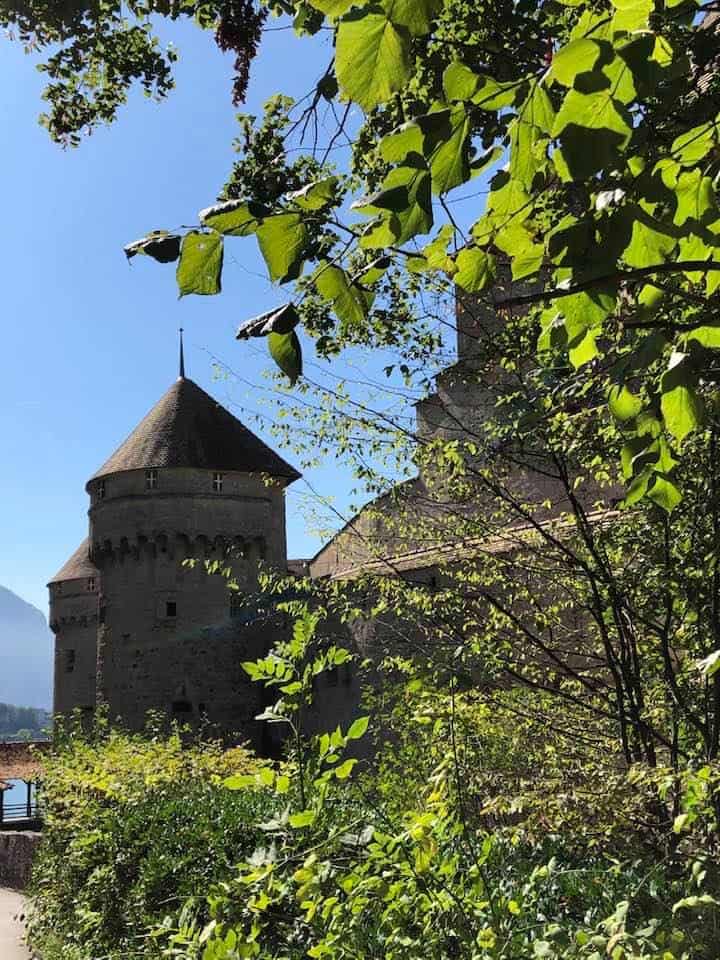 First mentioned in 1150, it was originally controlled by the Counts of Savoy, but over the years the castle fell from favour and in 1536 it was taken over by the Bernese and gradually brought back to life. As the castle is so large, restoration is an ongoing project. 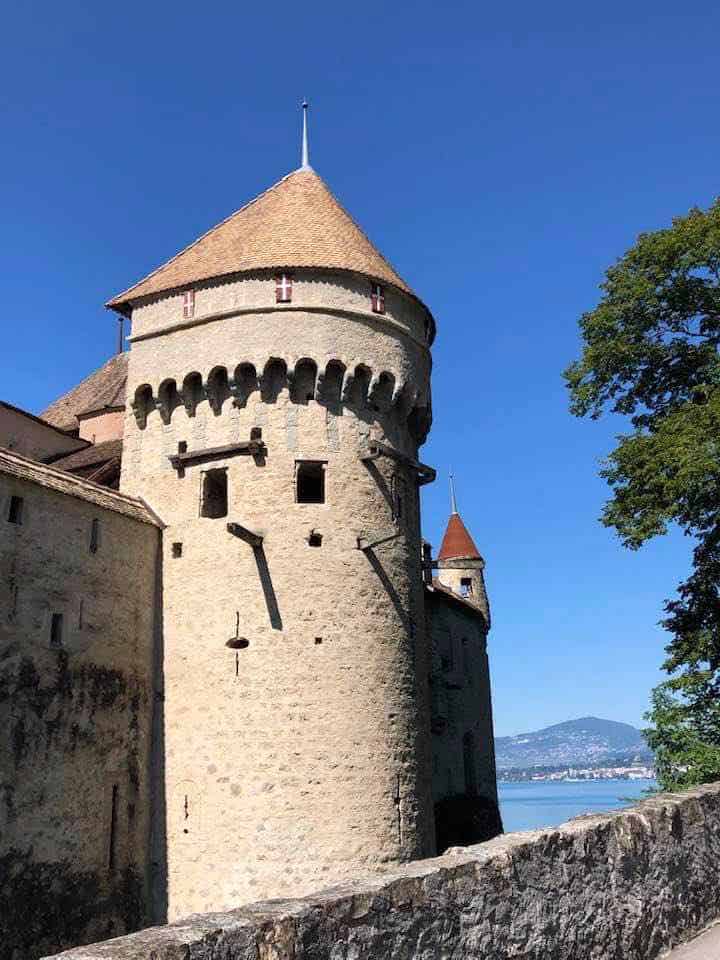 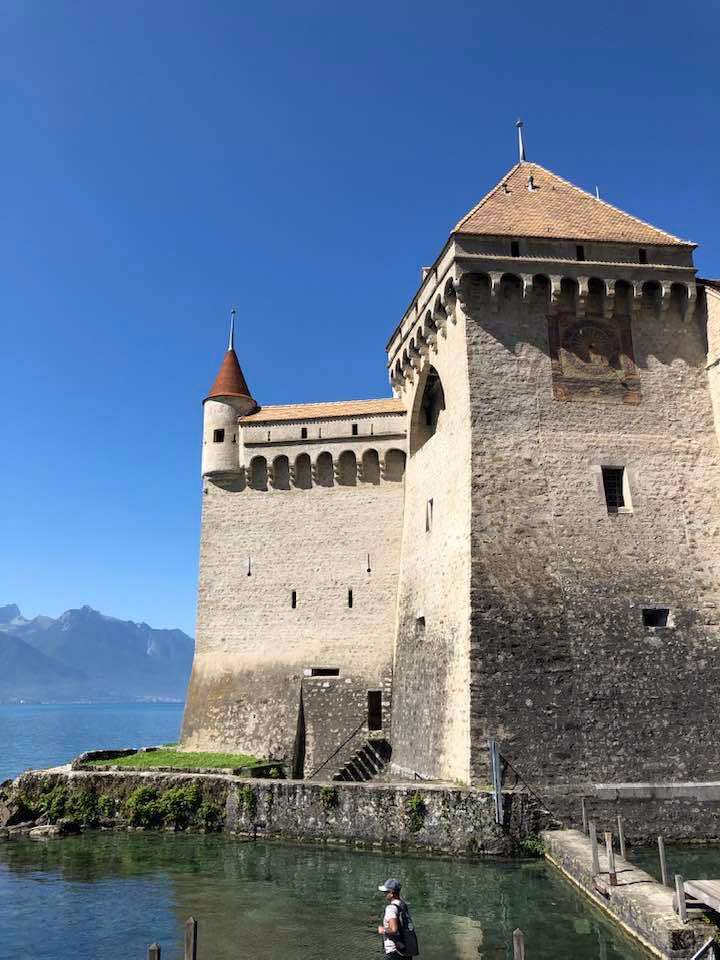 Lots to See Both Inside and Around the Castle 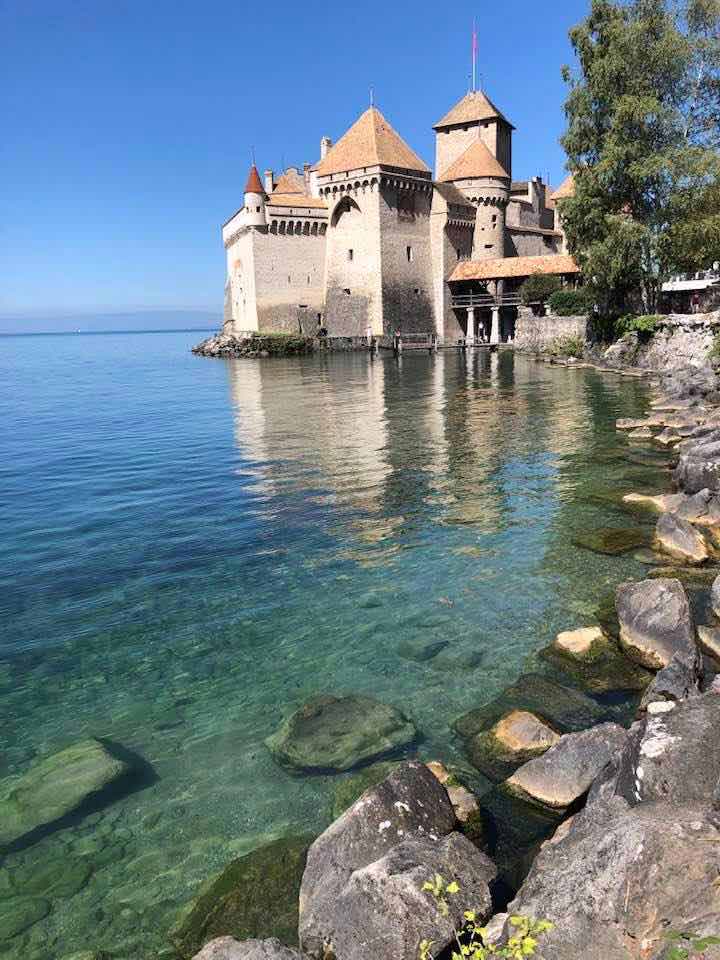 There is plenty to look round and discover including courtyards, towers, dungeons, huge banquet rooms and halls so do leave yourself plenty of time to go round. There are huge open fireplaces, displays of period furniture, artwork (including the frescoes in the Chapel of St Georges) and lots of armaments too. You get stunning views of Lake Geneva from the lead latticed windows and 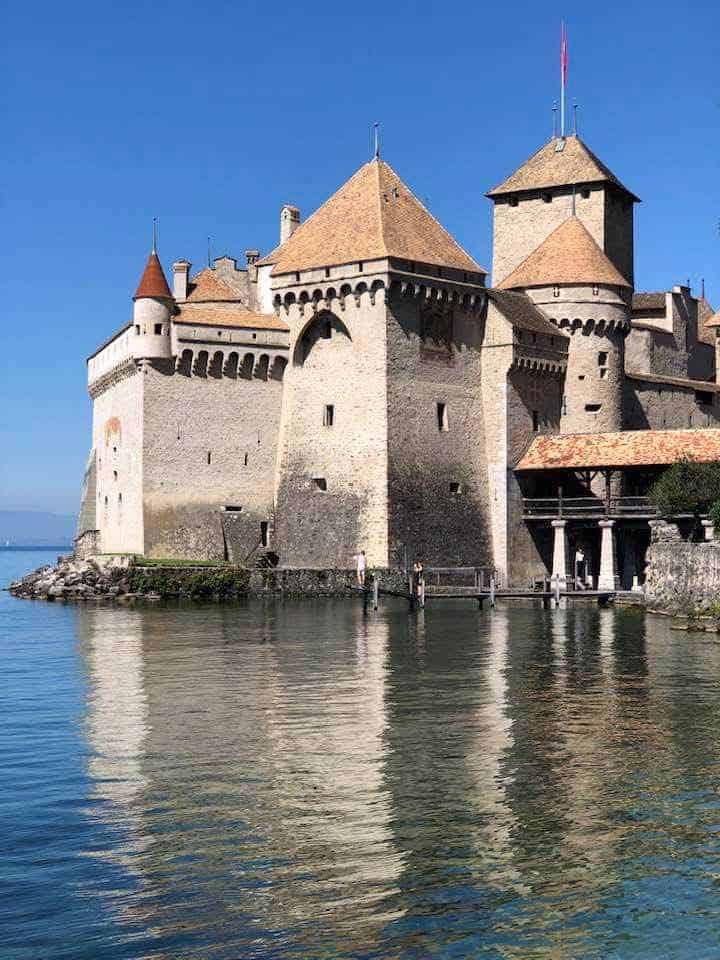 The castle is famed as the location for  Lord Byron’s Poem, The Prisoner of Chillon which is the story of Francois Bonivard a member of the Savoyard family from Geneva who was thrown into the dungeon following a political dispute, and later freed by the Bernese. The poet wrote the poem 300 years after the event, but carved his name into the pillar to which Bonivard was apparently chained.

Chateau de Chillon In The Arts 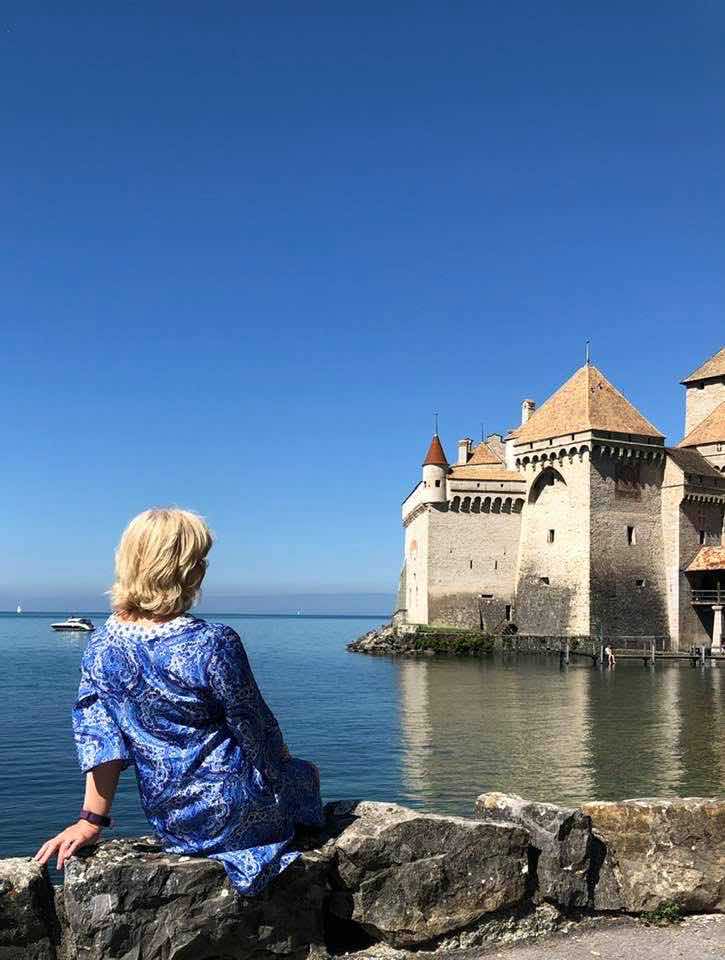 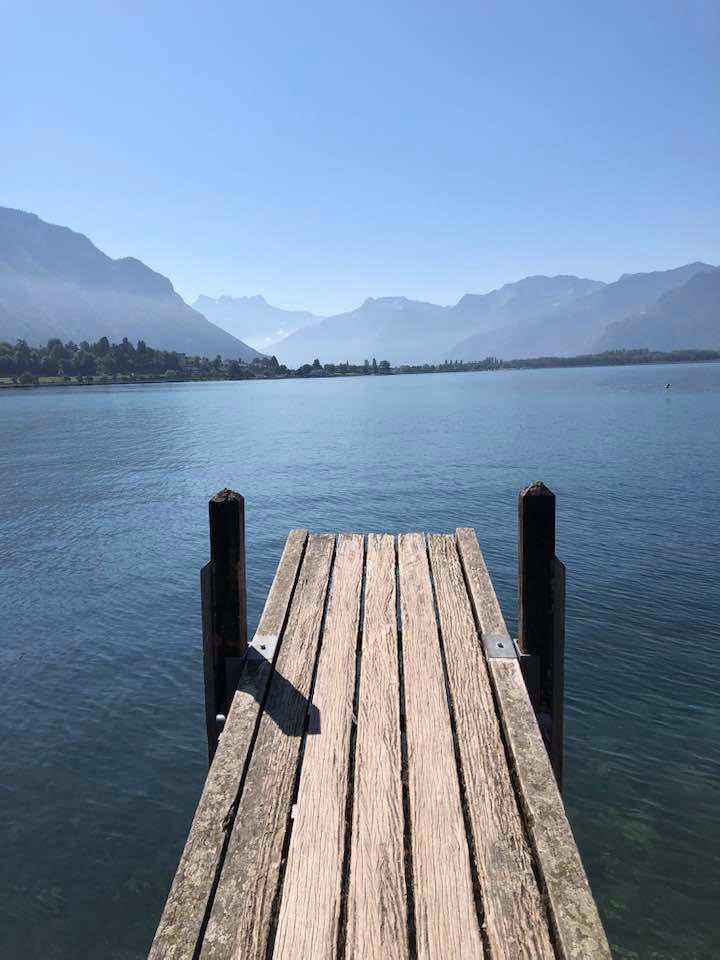 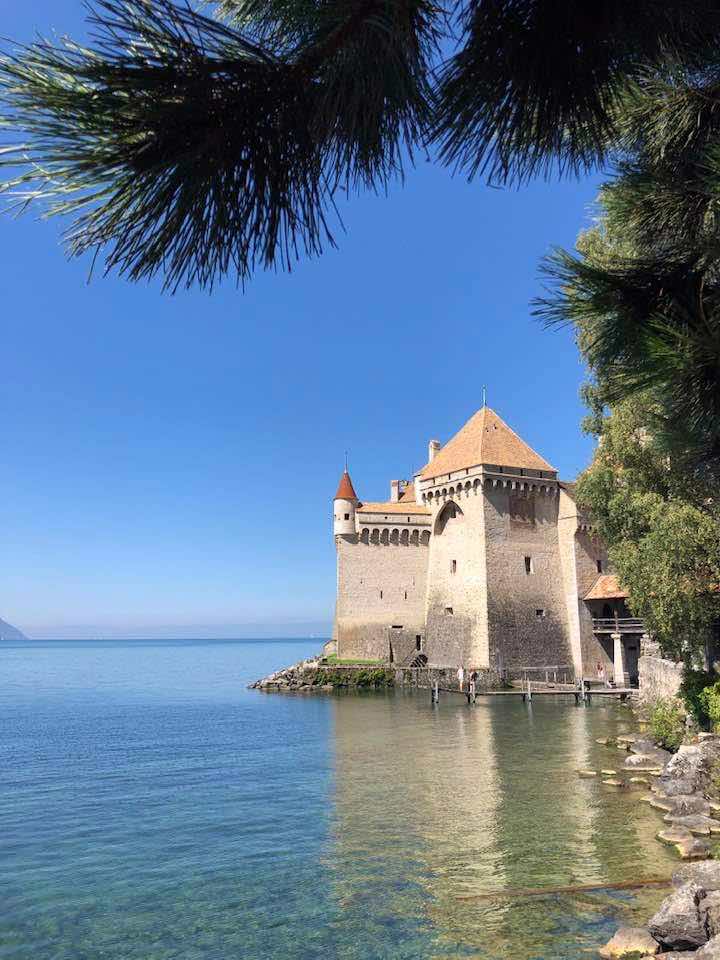 It’s location on the water’s edge is truly idyllic and one of the best views of it is as you approach it from the water on one of the boats or paddle boats which provide regular crossings. 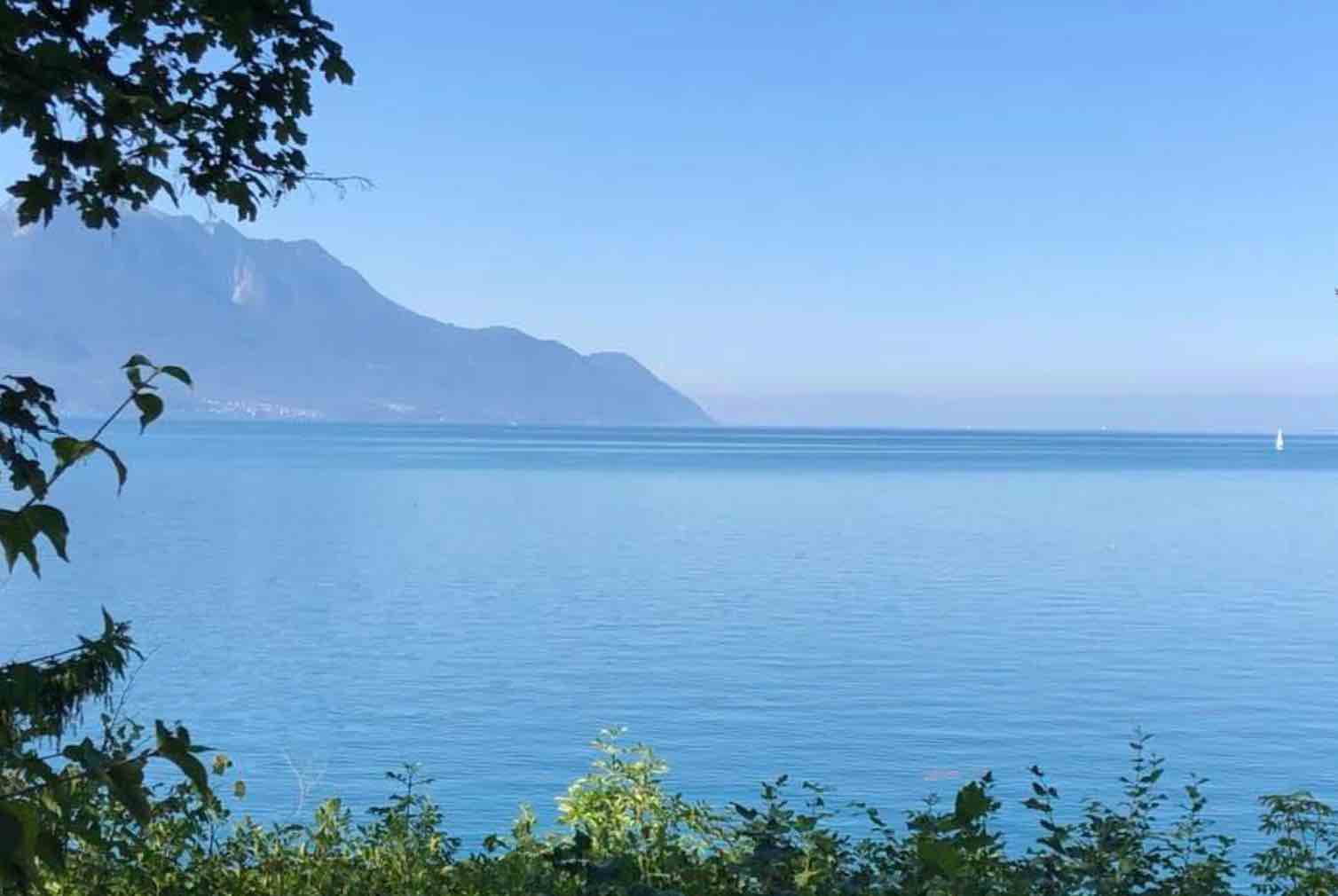 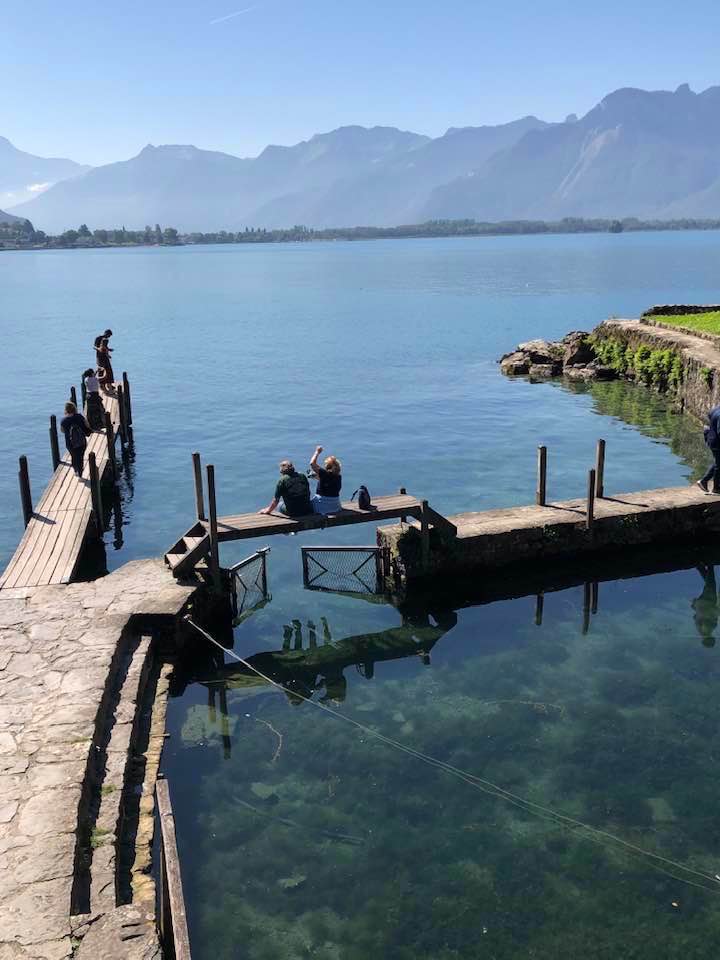 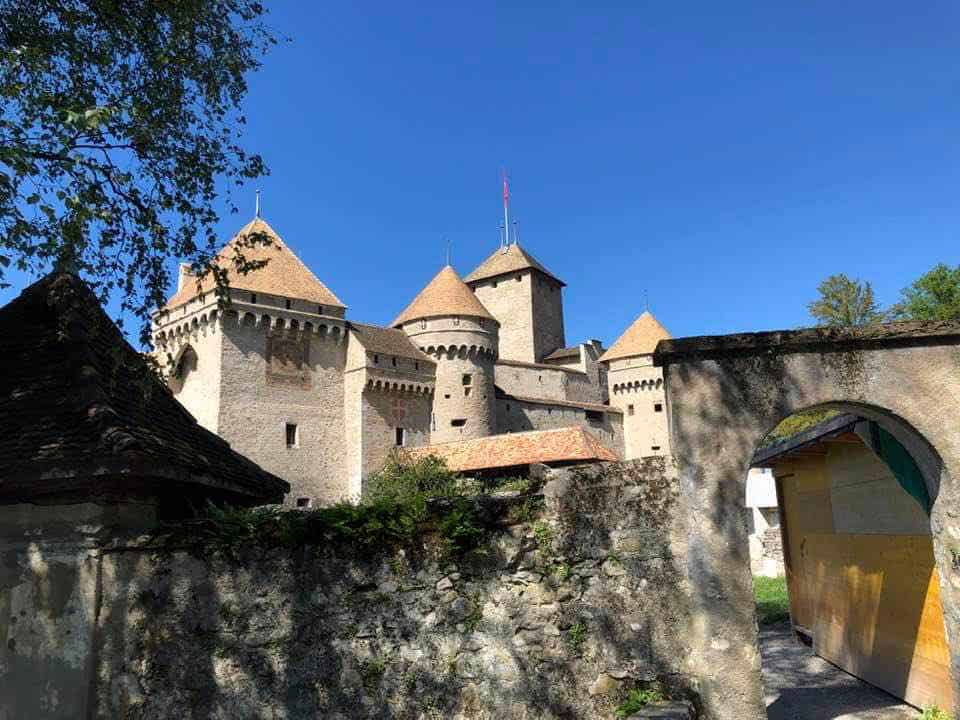 On Foot: Bus: Approximately 40 minutes walk from the centre of Montreux

By Bus: Take the Number 201 bus to the stop directly opposite the Chateau (approximately 10 minutes) 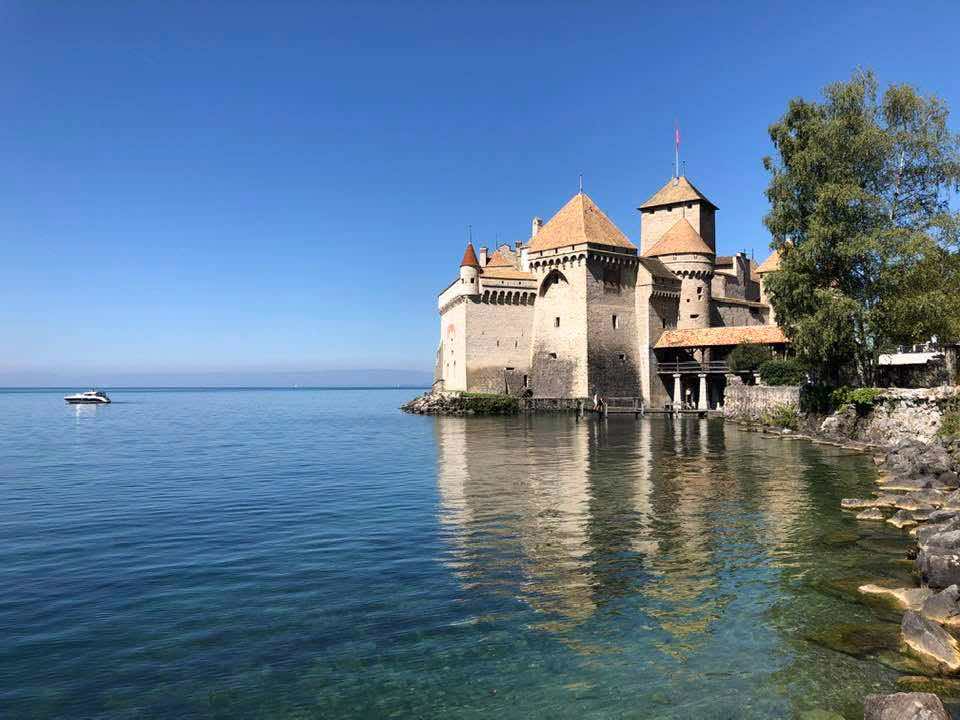 Tel: +41 21 966 89 10
Please note that at the moment it is CLOSED due to the Corona crisis but it is due to open on 1st April 2021. The usual hours are listed below:
Opening Hours:  9am-7pm April – September, 9.30am-6pm March & Ocbtober, 10am-5pm November – February.
Admission: Adult CHF 12.50, Child CHF 6
Guided tours are also available on reservation, at least 2 working days before the requested date
Visit the Chateau de Chillon website here 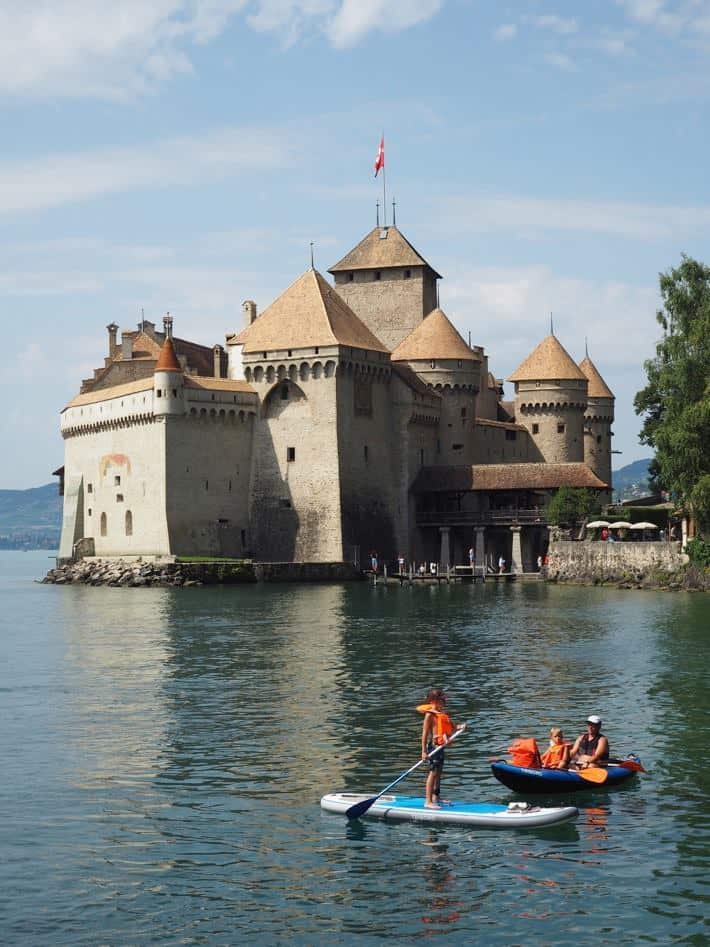 For information about things to do in Zurich and Switzerland please see our Home Page or for regular updates subscribe to the blog.

Top Things to Do in Vevey Switzerland

Enjoy the Magic of Montreux Noël

A Majestic Stay at the Fairmont Le Montreux Palace

What’s On In Zurich Early to Mid December...