The Pilatusbahn – The Steepest Cogwheel Railway in the World 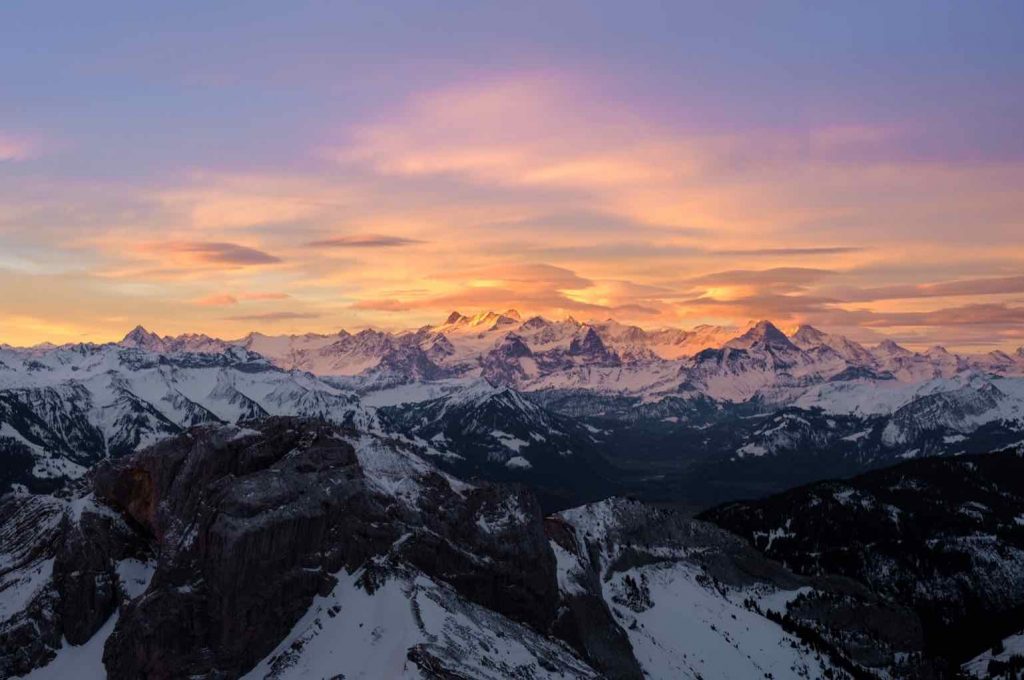 The Steepest Cogwheel Railway in the World 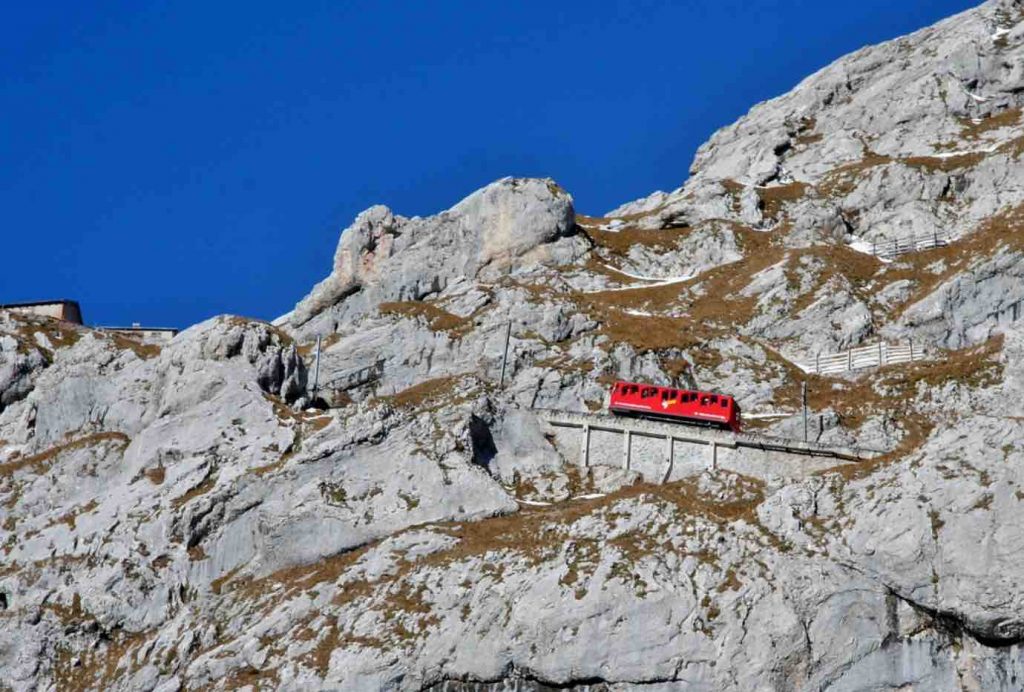 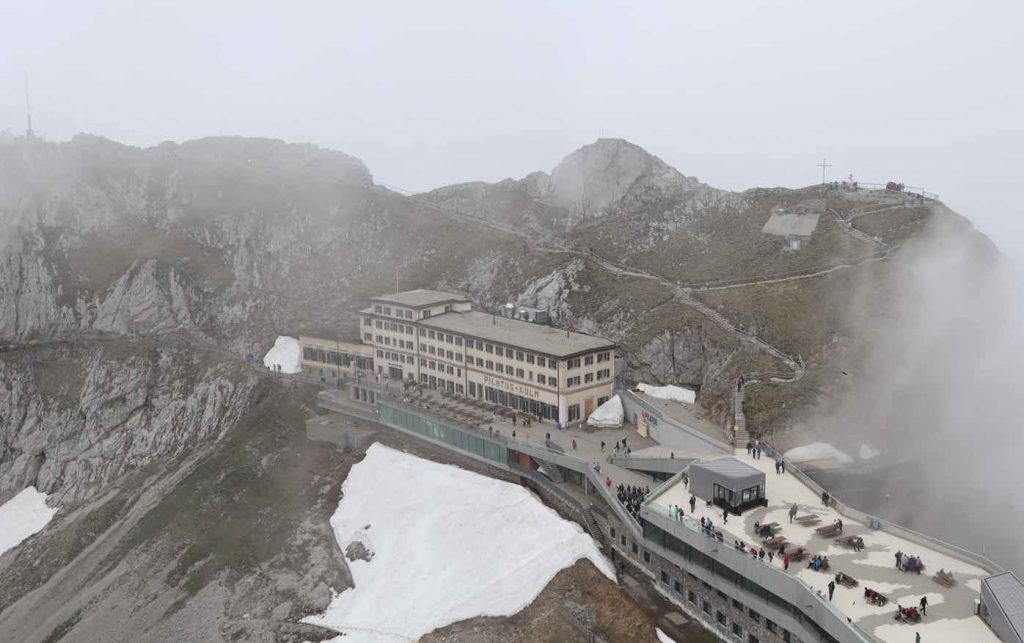 A journey on the Pilatus Railway makes for a great day out as the views from Mount Pilatus are impressive whatever the weather – just try an avoid those times when it is draped in total cloud. We have visited in the depths of Winter when it’s covered with snow and in the height of Summer and several times in between. Each time it offers different views, each beautiful in its own way.

Normally Operates May to November

The Pilatusbahn was originally commissioned as a steam train and has been running electrically since 1937. Popular with tourists and locals alike, it operates from May to November and is capable of transporting up to 340 people per hour. Ascending the mountain of Pilatus, it travels at 9 – 12km per hour, whilst the descent is around 9km per hour downhill. 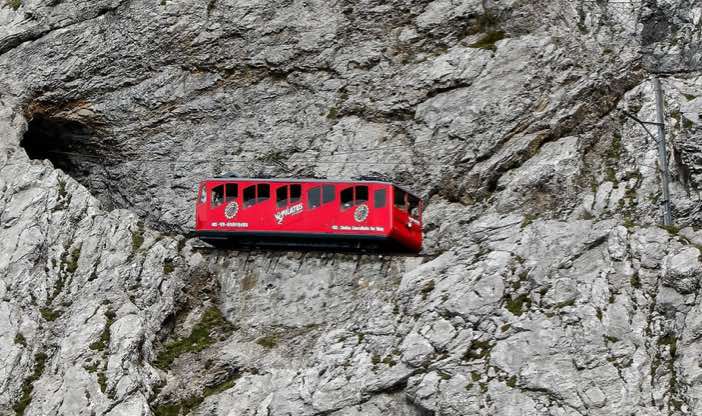 An Early Leader in Mountain Railways

In its first 10 years of operation it transported about 35,000 people to the Hotel Kulm at the top and became extremely popular with people keen to explore the mountain by rail. Spurred on by the success of this railway, Adolf Guyer-Zeller was able to engineer the Jungfrau Railway and many other mountain railway projects took off around this time. 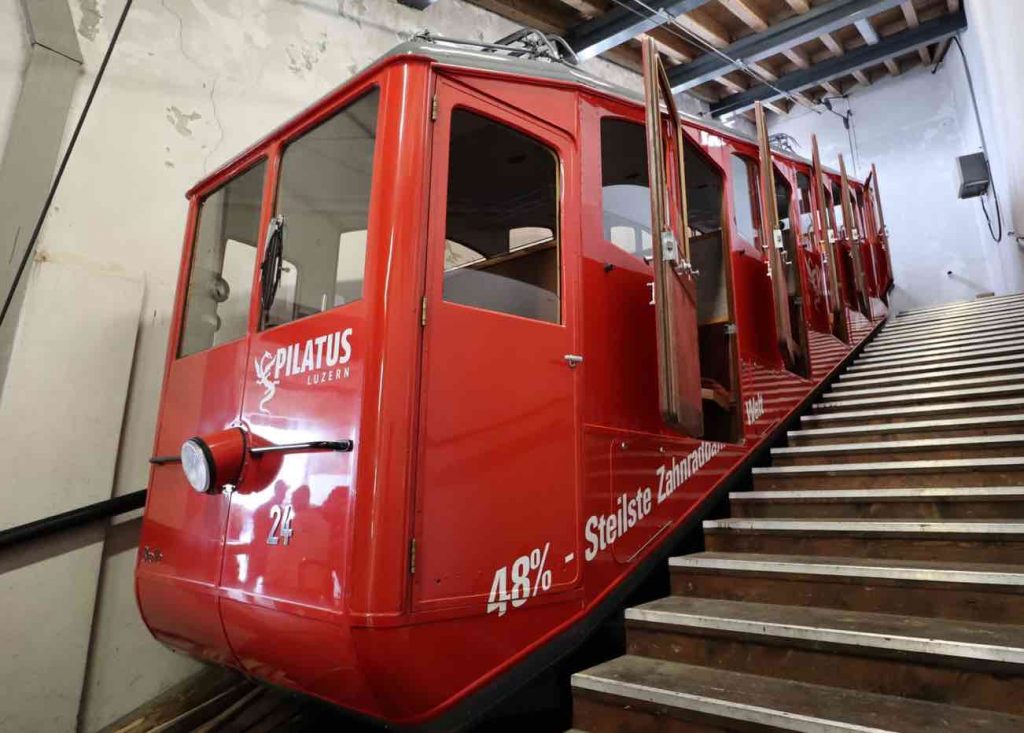 Plenty To Do on Mount Pilatus 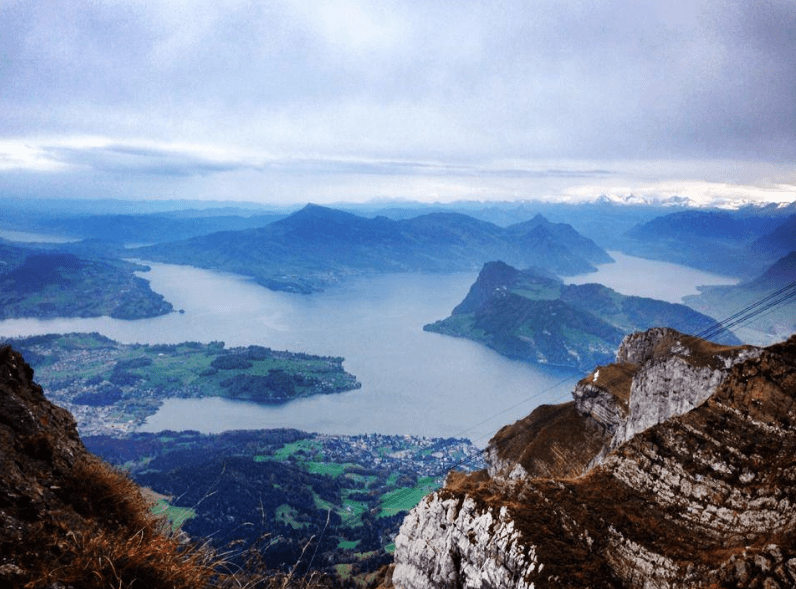 Take a look at one of the trips we took to Mount Pilatus here. At the top of the mountain there is plenty to do with 2 hotels, 5 restaurants, lots of walking and nearby is the largest rope park in Central Switzerland. As the marketeers say, Pilatus offer “2132 possibilities” above sea level.

You begin your journey at the Pilatusbahn station at Alpnachstad where you can purchase your ticket.

For more information about events and things to do in Zurich and beyond please see our What’s On Page or our Home Page or for regular updates subscribe to our blog.

A Day Trip To Mount Rigi

Hiking in Zurich from Uetliberg along the Felsenegg Ridge

Top Things To Do at Christmastime in Baden...