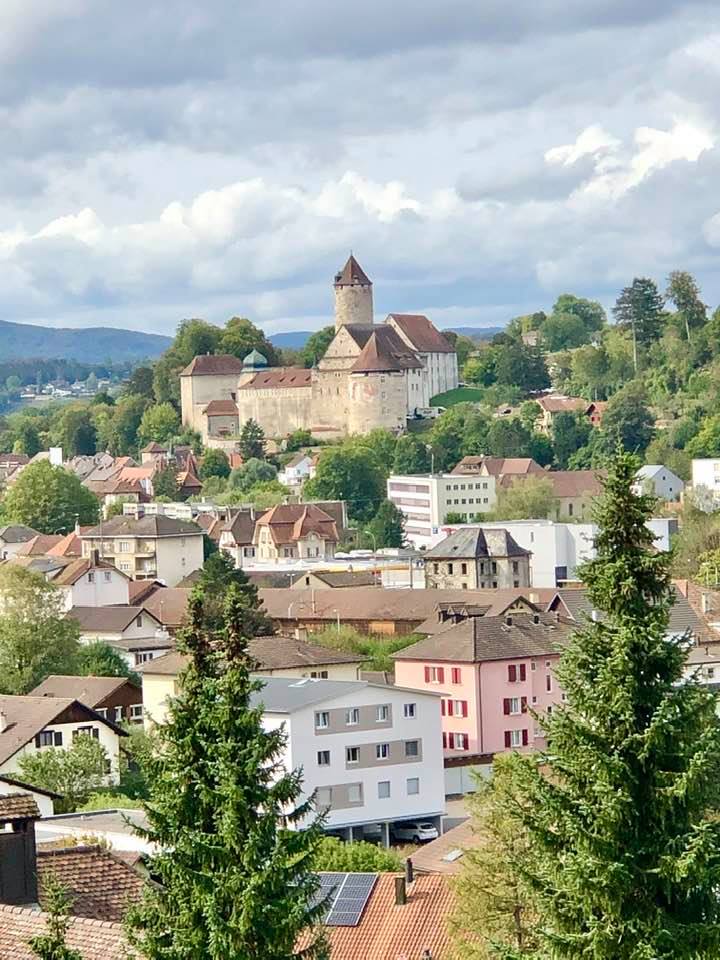 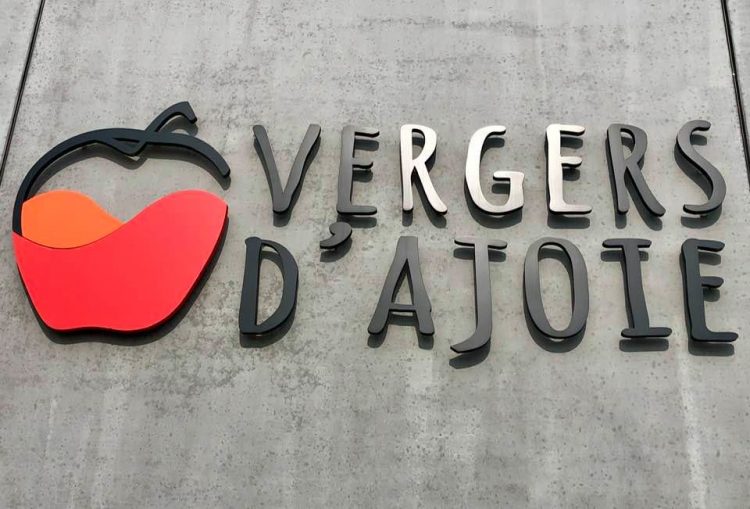 If you’re visiting the Jura region of Switzerland it’s definitely worth taking a trip to the historic town of Porrentruy – see top photo. An interesting excursion whilst there, is a visit to the Vergers D’Ajoie Museum of Fruit & Liqueur Porrentruy, which is suitable for the whole family. 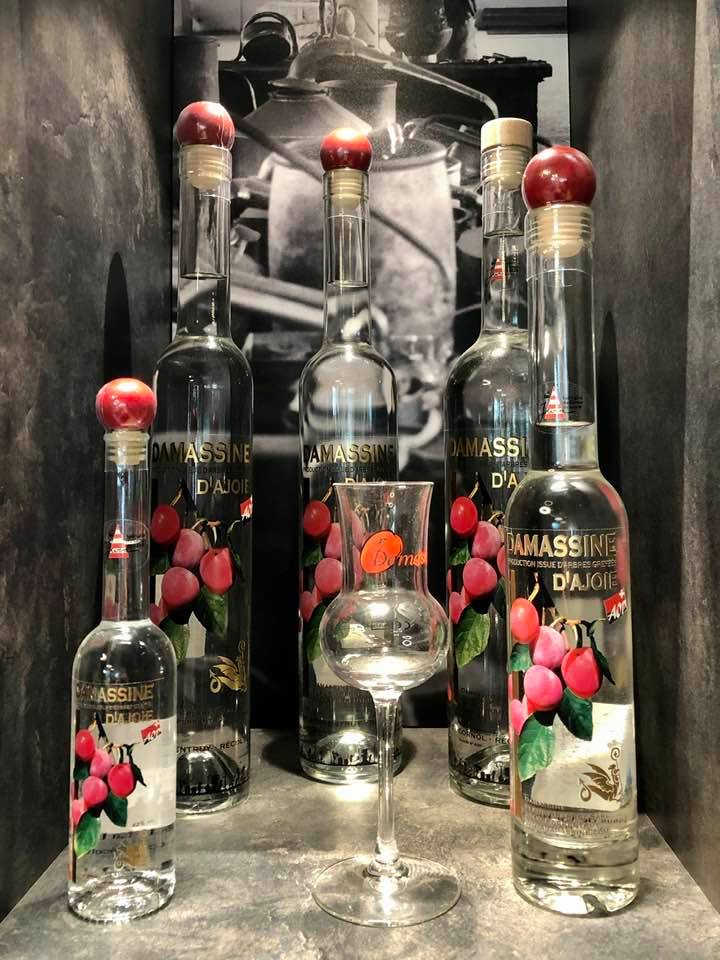 One of the top drinks produced in this region of Jura is Damassine, is a liqueur made from small plums called damascenes, which seem to resemble British “damsons”, small, round, plum-like fruit with a slightly bitter taste. Apparently the name damson comes from Middle English damascene or damsin. They are said to have come from Damascus in Syria originally,  so  it may well be that we are talking about the same fruit. My grandmother was a big fan of damsons – she made damson jam, damson tarts and damson crumbles. However as far I know she didn’t distill them, which is a bit of a pity as the “Damassine Liqueur” they produce here is exceptionally smooth and really quite delicious! 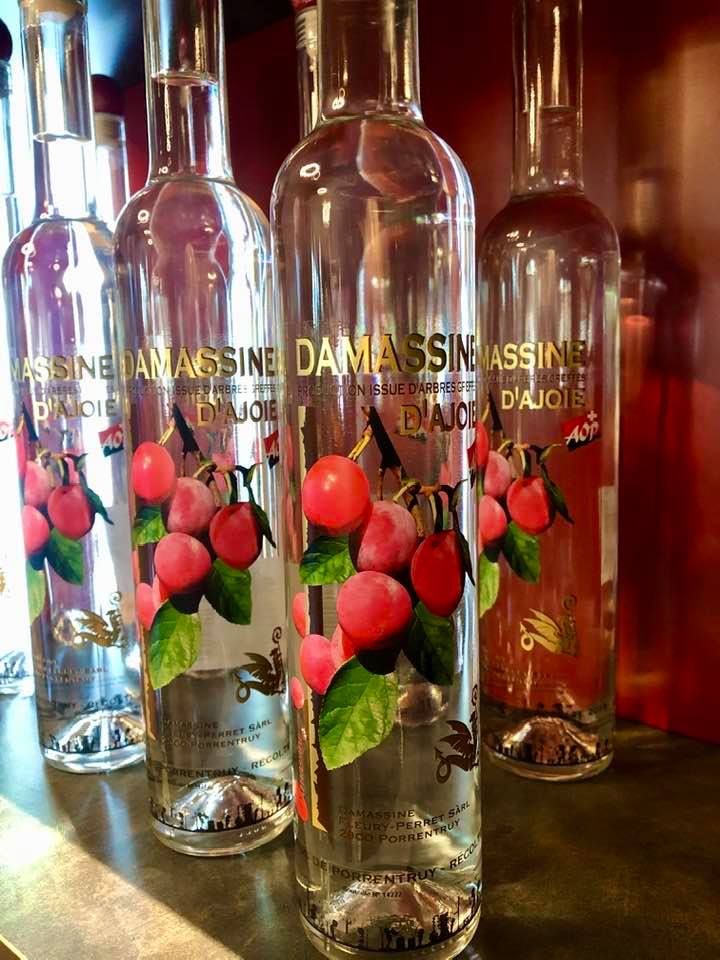 In fact Damassine is the top selling liqueur at the Museum at Ô Vergers d’Ajoie although they do have quite a range of other fruit liqueurs including this one below in the very cool “Matterhorn” bottle which is “Vielle Prune”. 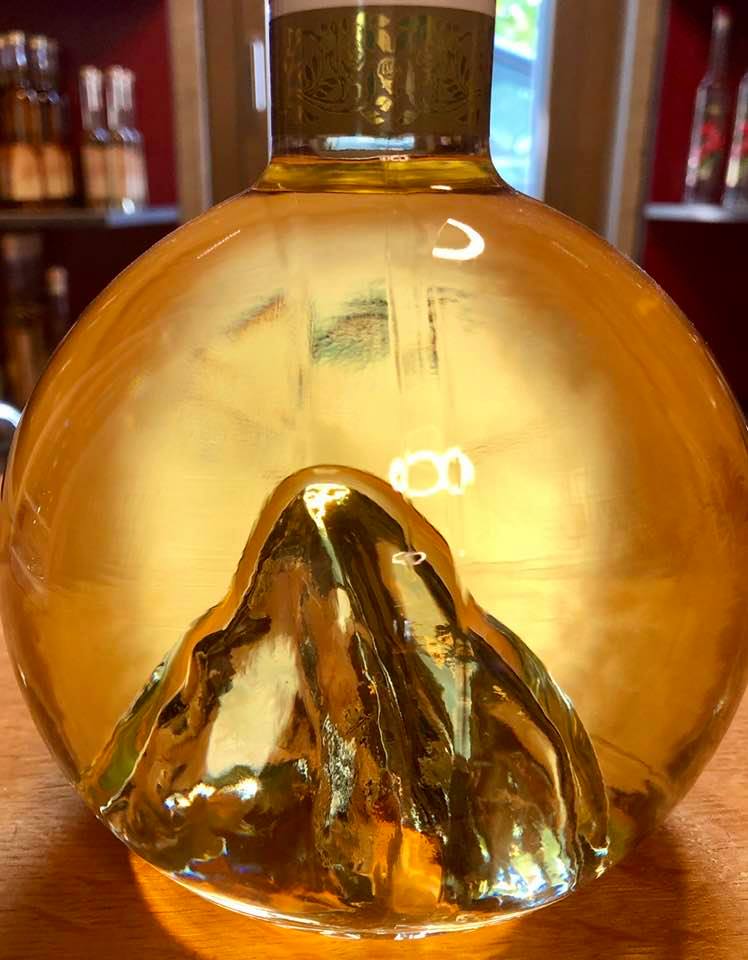 At Ô Vergers d’Ajoie they can tell you all about Damassine AOP (appellation d’origine protégée), and you can taste it too. Incidentally the AOP designation was assigned to Damassine AOP in 2010 and to qualify for this status all the ingredients must be produced in the Jura region.

After harvesting the damascenes by hand during the Summer, the fruit is put into barrels to ferment. The next process is distilling, which needs to take place by 31st December and producers are not allowed to sell Damassine AOP until 11th November in the year following the harvest. 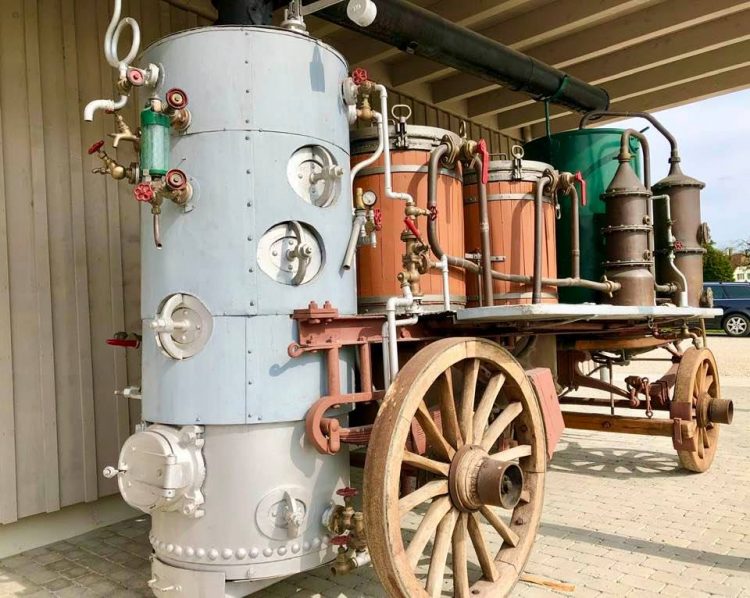 However, when visiting the Ô Vergers d’Ajoie you must visit the museum which is educational and fun and suitable for all the family.

Tour of The Museum

The Ô Vergers d’Ajoie Museum opened in 2018 and has plenty of games and toys to keep young children entertained and and it is Switzerland’s only museum of fruit and distillation. We met the manager, Fred Lachat, who gave us a tour of the museum. We began with a very interesting film which explained all the ups and downs of the history of alcohol and distilling the Damassine fruit in the region. 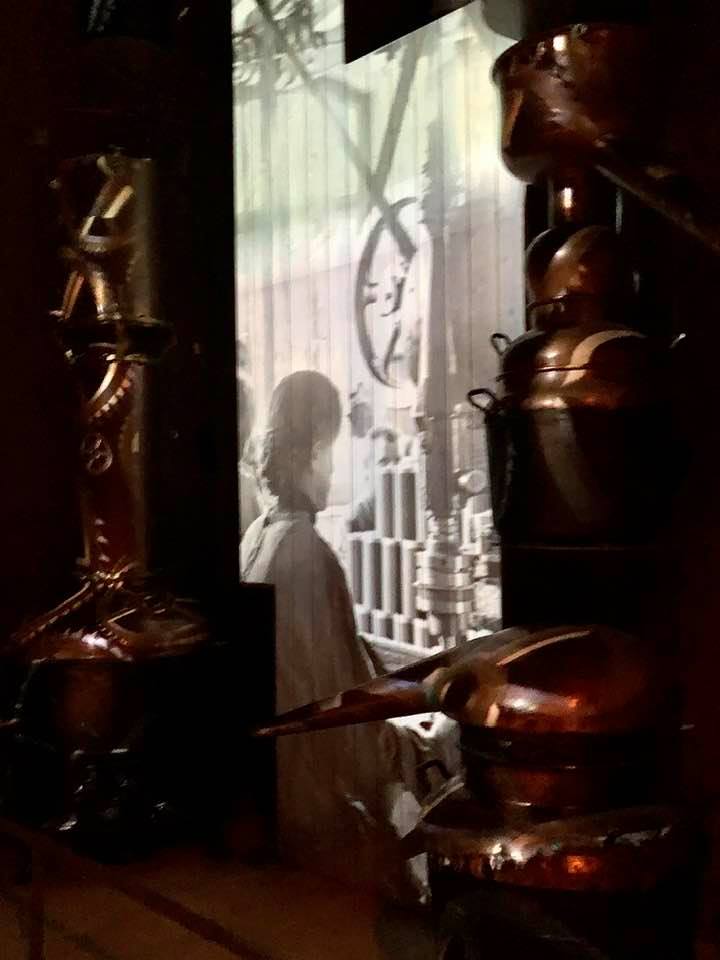 It’s very entertaining with lots of cartoons and some original footage but it tells the turbulent history of the making of the damascene liqueur over the centuries. At one point many families throughout the region owned a still and made their own home made brews. Seeing the increase in alcoholism and various other problems, the Swiss Alcohol Board (SAB) stepped in and introduced strict regulations. As a result people who wanted to distill were made to apply for a licence and if they were unable to comply with the new conditions, their stills were taken away. Luckily many of the stills were stored carefully and are now on display at the Museum Ô Vergers d’Ajoie, both inside and outside. 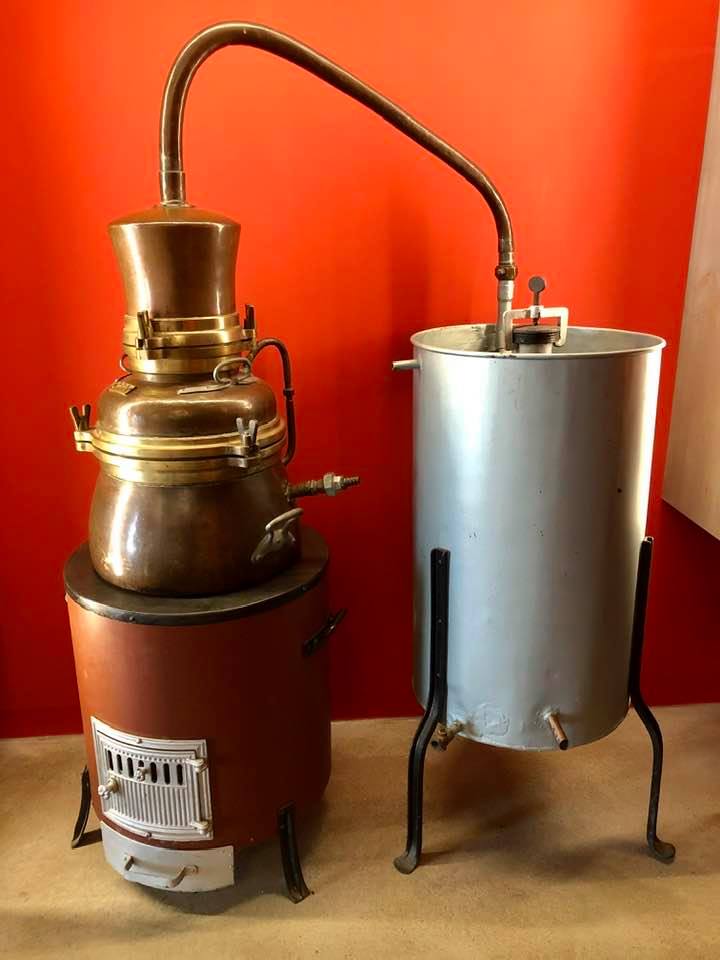 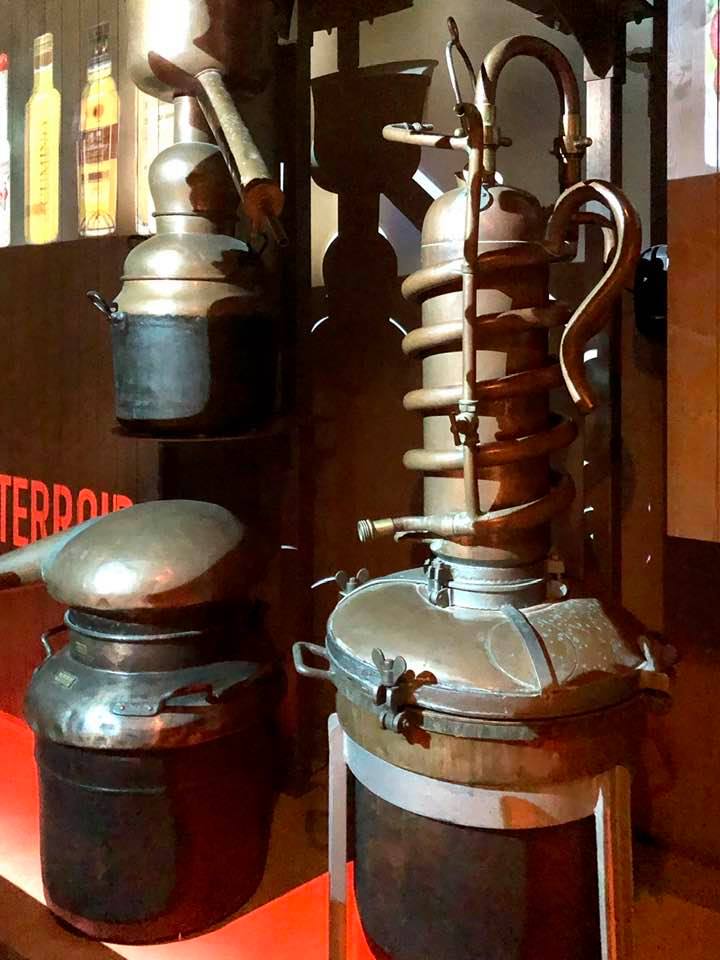 As you walk around the museum there are plenty of boards giving you information about various fruits and their origins. Did you know, for example that many common fruits like apples and pears actually originated in Asia and were brought to Europe by priests? 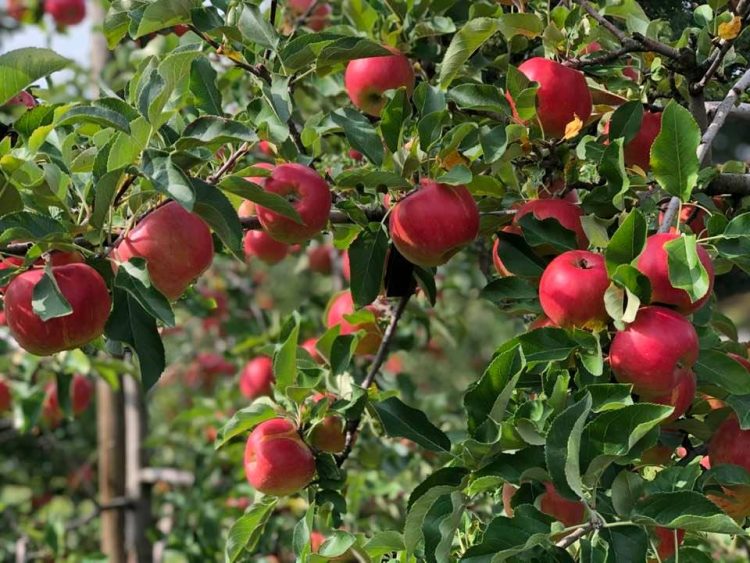 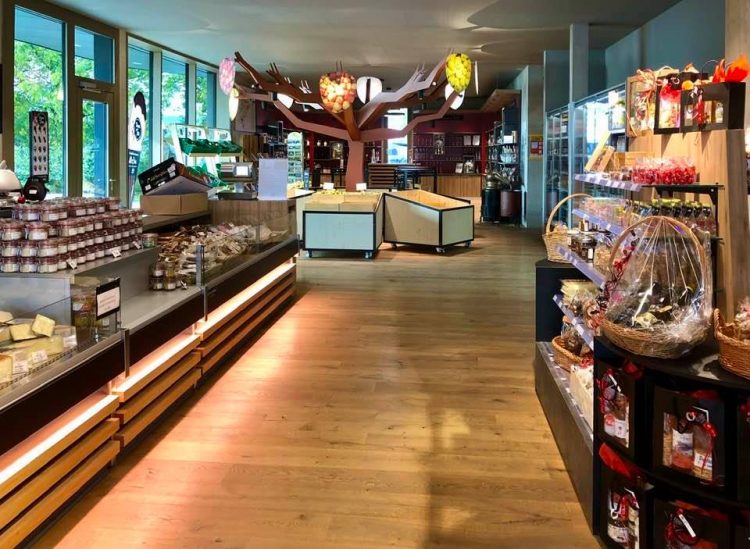 Do check to the Halle ô Gourmandies at Ô Vergers d’Ajoie before you leave as there is a huge range of fresh locally produced regional foods from the Jura. In addition, there is a wide selection of fruit-based liqueurs, including, of course, Damassine AOP,  and many more. It’s definitely worth stocking up on delicious, fresh local delicacies here. 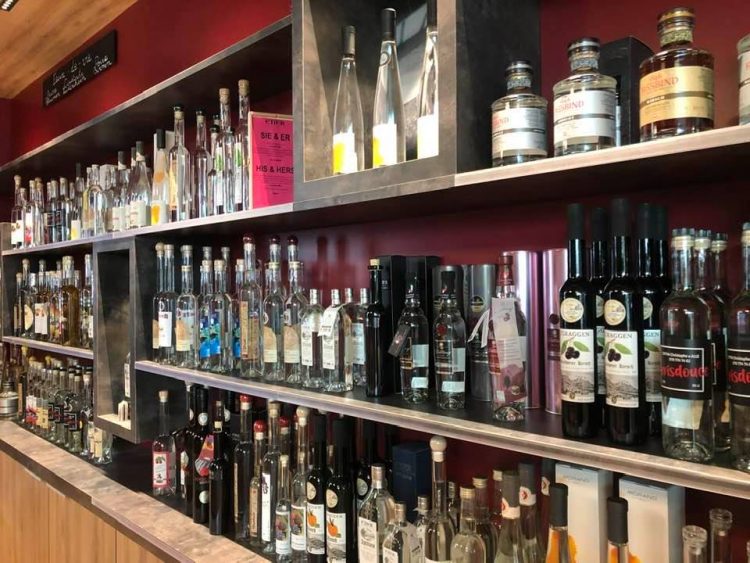 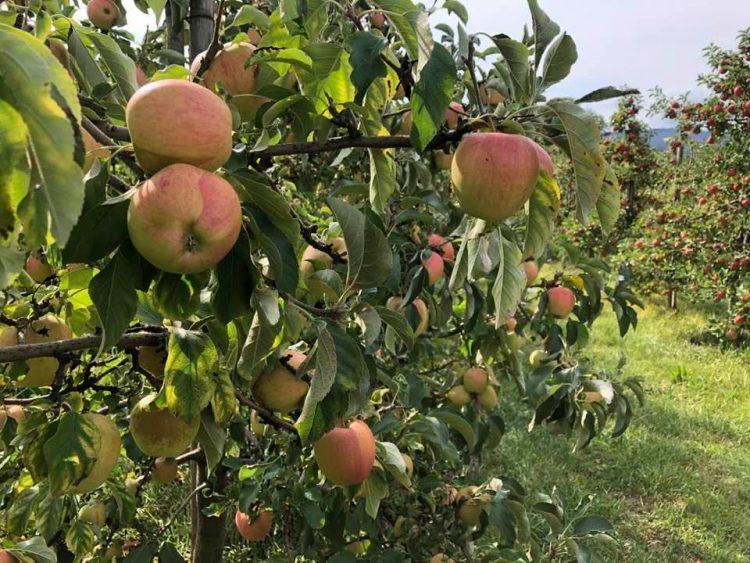 The orchards are directly across the road from the museum and when I was there I could see rows and rows of apple trees loaded with fruit which were ripening in the sunshine. 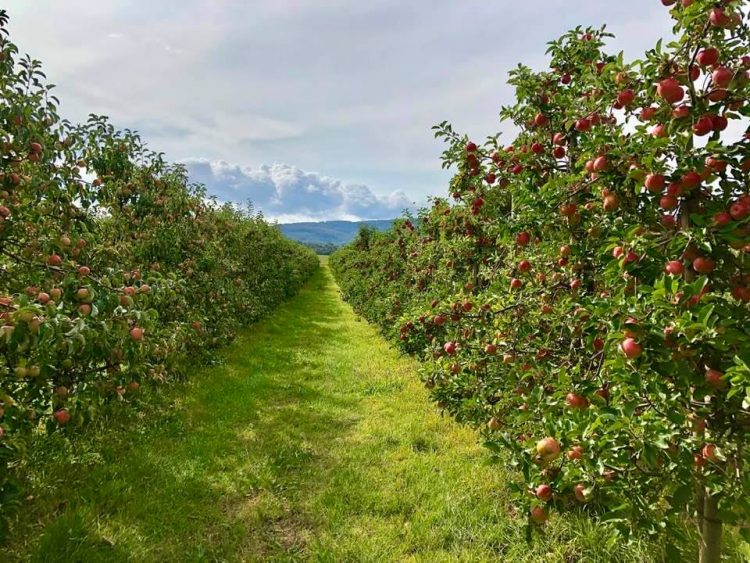 So if you are in the area, or fancy visiting this beautiful region, do stop by and take a look. There is also an outdoor children’s play area at the front of the museum. 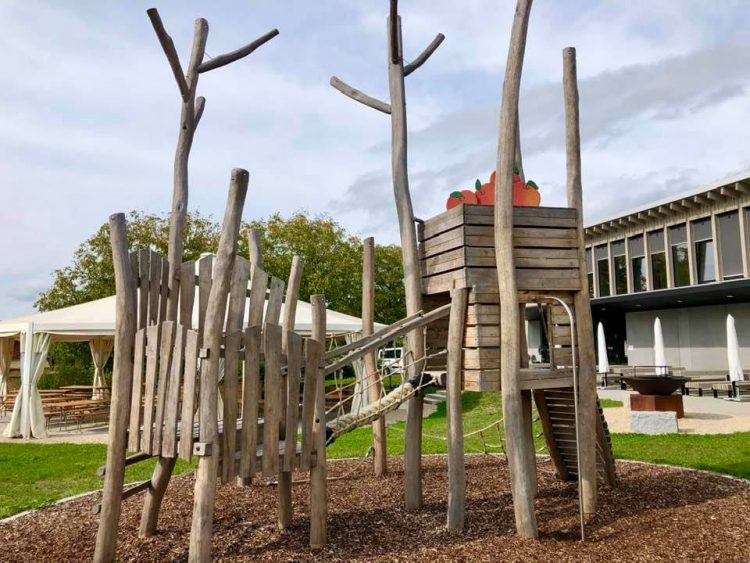 Allow approximately one hour to visit the museum.

Please note everything in the Museum is in French and German and most, but not all things are translated into English too.

How to get there:

By Foot – From Porrentruy about 15 minutes along the Sentier de la Damassine. 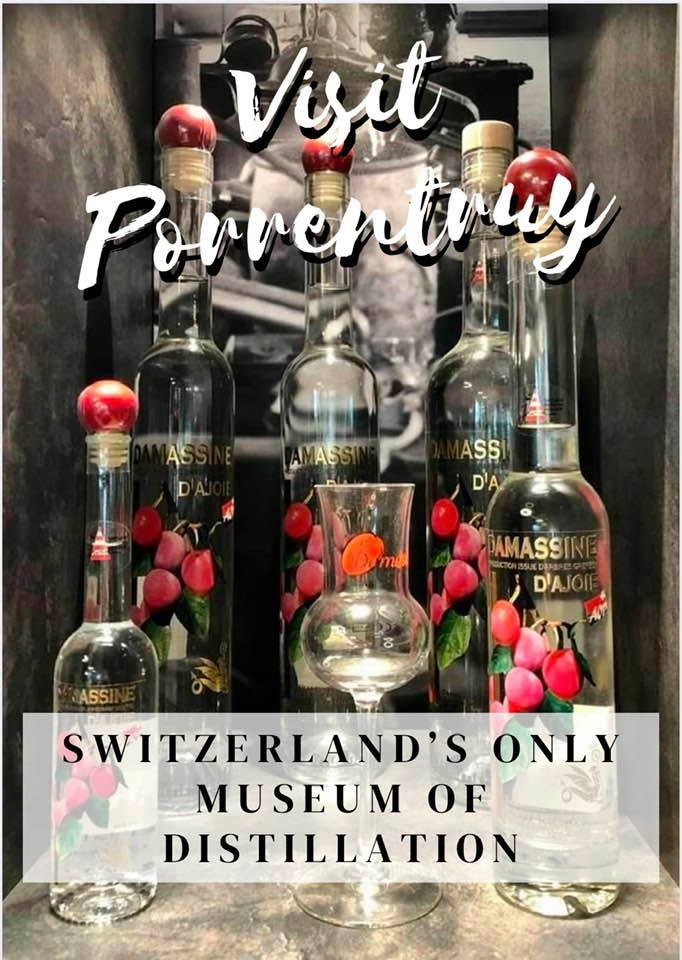