‘Cause Life is Better with Movies 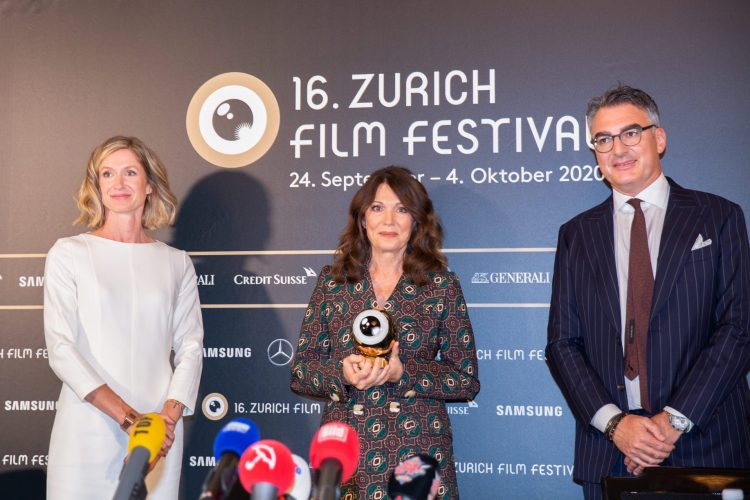 Elka Mayer, Iris Berben and Christian Jungen at the Press Conference for the 16th edition of the Zurich Film Festival

With so many cultural events having been cancelled or postponed in Zurich this year, it is wonderful to know that the Zurich Film Festival will be taking place from 24th September – 4th October. With a new crew at the ZFF helm, Christian Jungen and Elke Mayer, the 16th edition of Zurich Film festival program was presented to the media at the Baur au Lac Hotel. 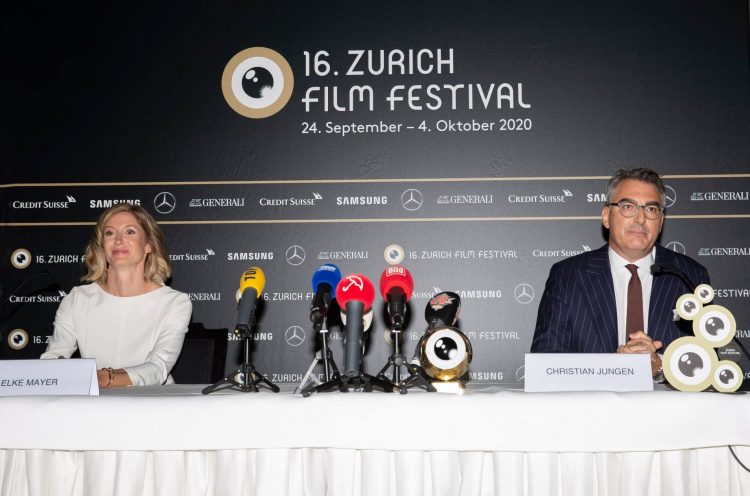 At the conference, legendary German actor Iris Berben was photographed with the Golden Eye award which had been presented to her the evening before, for her contribution to the industry. Looking extremely youthful, the actor who celebrated her 70th birthday in August, paid tribute to the ZFF organisers for their courage in going ahead with the festival. Other international recipients of the Golden Eye wards include German actor Til Schweiger, the French actors Juliette Binoche and Maïwenn and British Oscar winner Olivia Colman – along with Swiss filmmaker Rolf Lyssy. 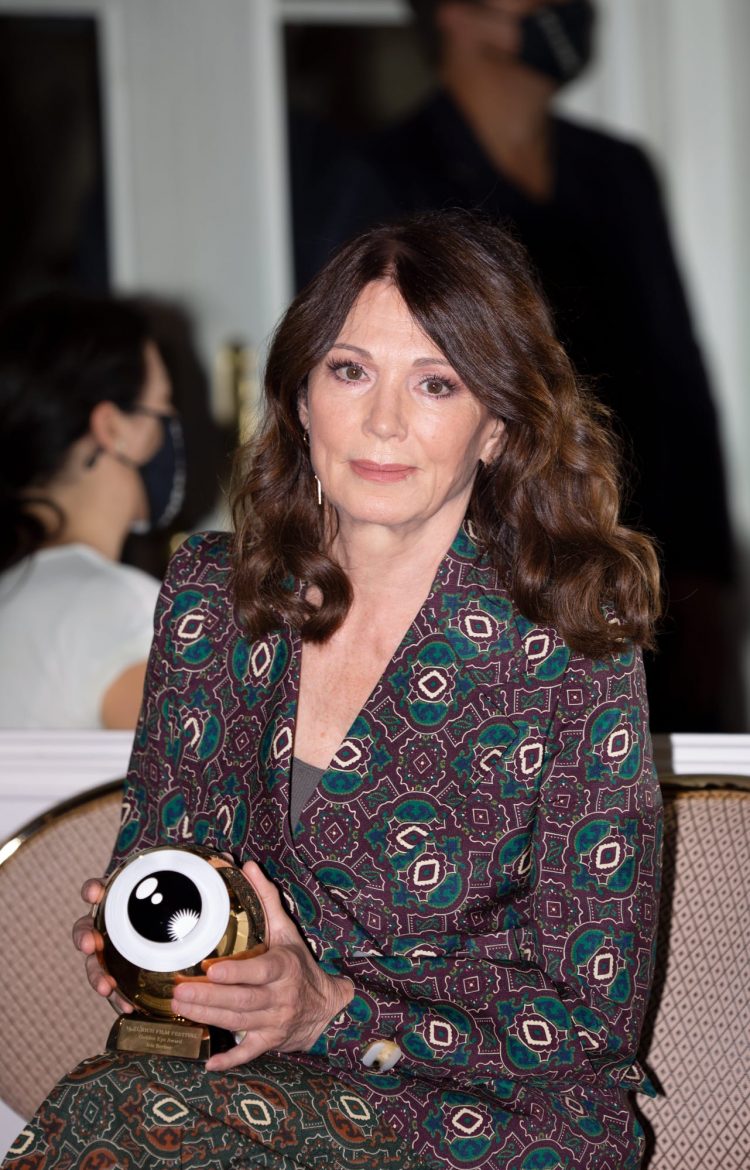 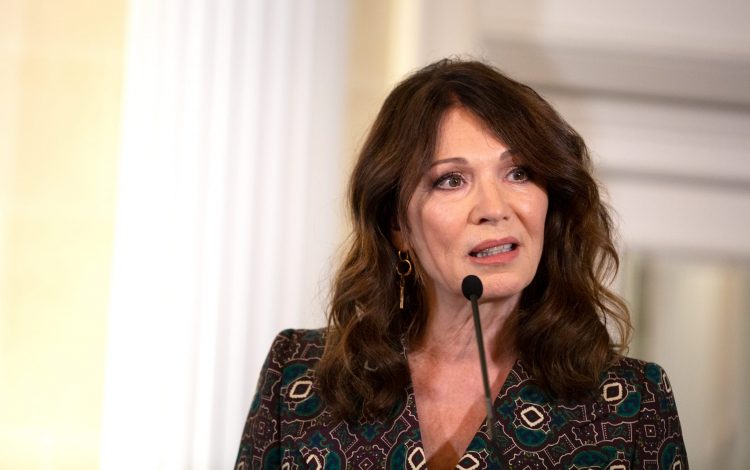 Iris Berben’s latest film, Das Unwort, will be screened at the festival on October 2nd. She was originally due to collect her award on 2nd October, but as she is shooting a film in Greece this would not be possible due to the quarantine restrictions.

This year there will be 165 films from 47 different countries. In fact 23 of them will be premieres – which is an increase on last year. Furthermore, 11 of them will be international premieres and 4 will be European premieres. The 16th edition will also feature more competition entries by women and the country which is guest of honour this year is France.

The full programme is now available to view on zff.com and all Tickets are available to purchase from Monday, 14th September from 12 noon.

In order to make ZFF 2020 as safe as possible, the organisers have implemented a series of measure which include the wearing of masks inside the cinemas, a free seat between different parties in the cinemas and all visitors will be required to leave their contact details for each event attended. As much as is possible, will be done online. There will be no big parties at the start of the event and no Award Party at the end. You can see full details of the COVID measures here.

Christian Jungen stressed at the press conference how important it was for the film industry to be optimistic and to have the ZFF as a “real” festival this year and not to cancel or hold a virtual event.

The opening film at this year’s Zurich Film Festival will be My Wonderful Wanda directed by Bettina Oberli and it is the first time that the opening film has been directed by a female director. The film was shot in a lakeside villa in Stäfa, on the shores of Lake Zurich.

The Gala programme includes several films which are tipped for the Oscars such as The Father, The Truffle Hunters, One Night in Miami, Nomadland  and the The Courier with Benedict Cumberbatch.

The Zurich Film Festival will be the world’s first film festival to take place physically, with a full program during the corona crisis.

Where: Various Locations in Zurich

With Photos by Carmen Sirboiu

Tutankhamun – His Tomb and His Treasures at Halle 622 Zurich

Simply Zurich Exhibition – All You Ever Wanted To Know About Zurich

Simply Zurich Exhibition – All You Ever Wanted To Know About Zurich

What’s On In Zurich Late September 2021

Humans. Carved in Stone. Exhibition at the Landesmuseum...