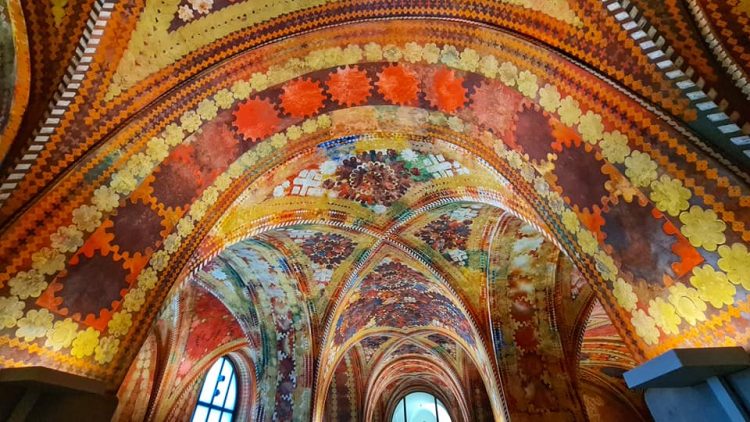 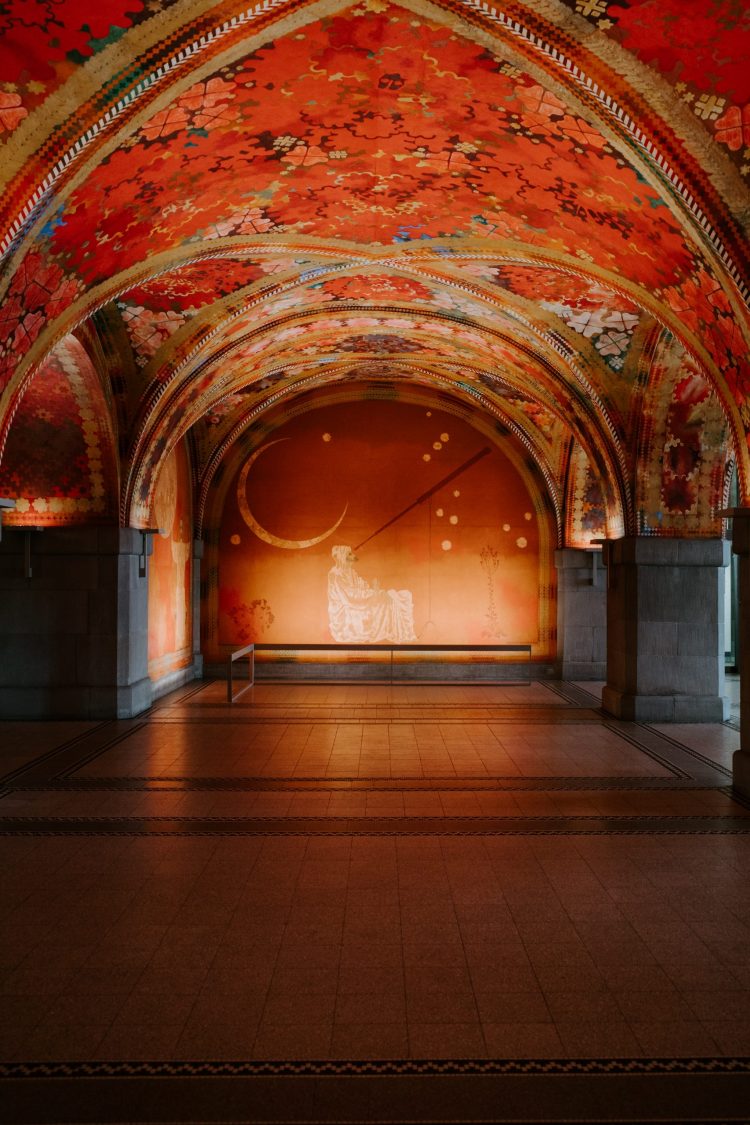 Probably the Most Beautiful Police Station Entrance in the World

Did you know that Zurich boasts (probably) the most beautiful police station entrance hall in the world? It’s all thanks to the Swiss painter Augustino Giacometti and a contest that was held in 1922 to find an artist to decorate what had previously been the ceiling of the cellar in a former orphanage. The work is now considered to be of Swiss national importance. 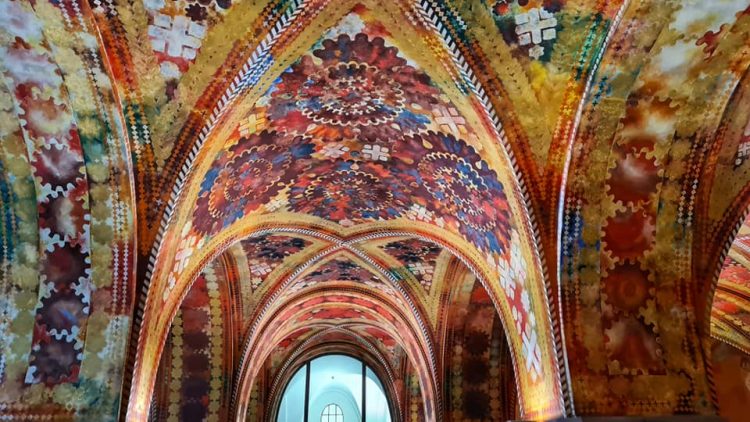 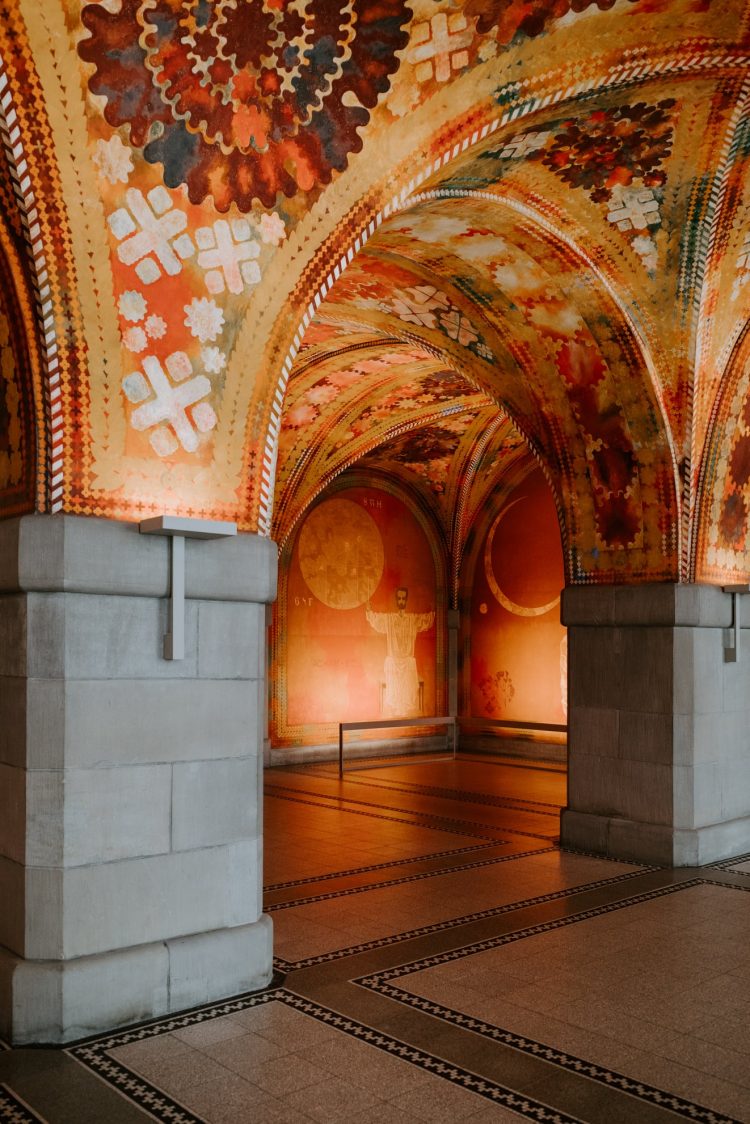 Zurich architect Gustav Gull (the brains behind the Swiss National Museum) was in charge of the project to convert the orphanage, and in order to save space, the vaulted ceiling was to be transformed into the entrance area. Augusto Giacometti (1877–1947) won the contest with his beautiful design using al fresco and al secco techniques. The painting took place between 1922 and 1926 with ornamental floral and geometric patterns in vivid warm red and orange colours. On the walls you can see pictures of men at work, including stone masons, carpenters, astronomers and magicians. 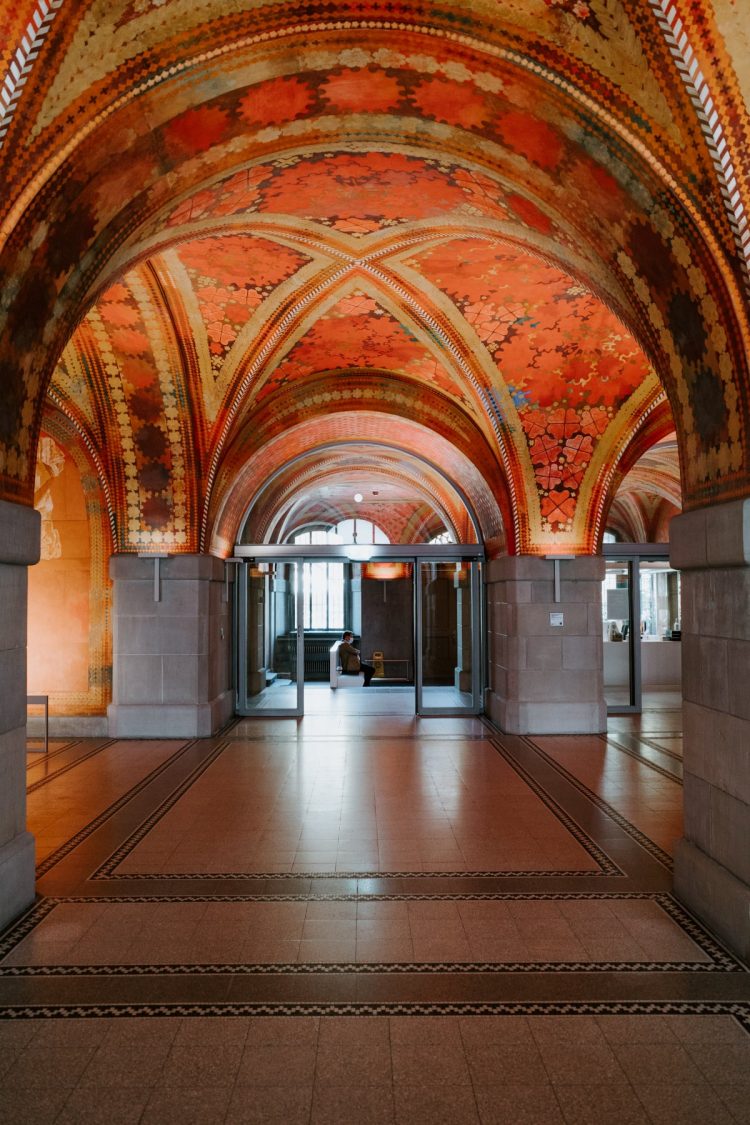 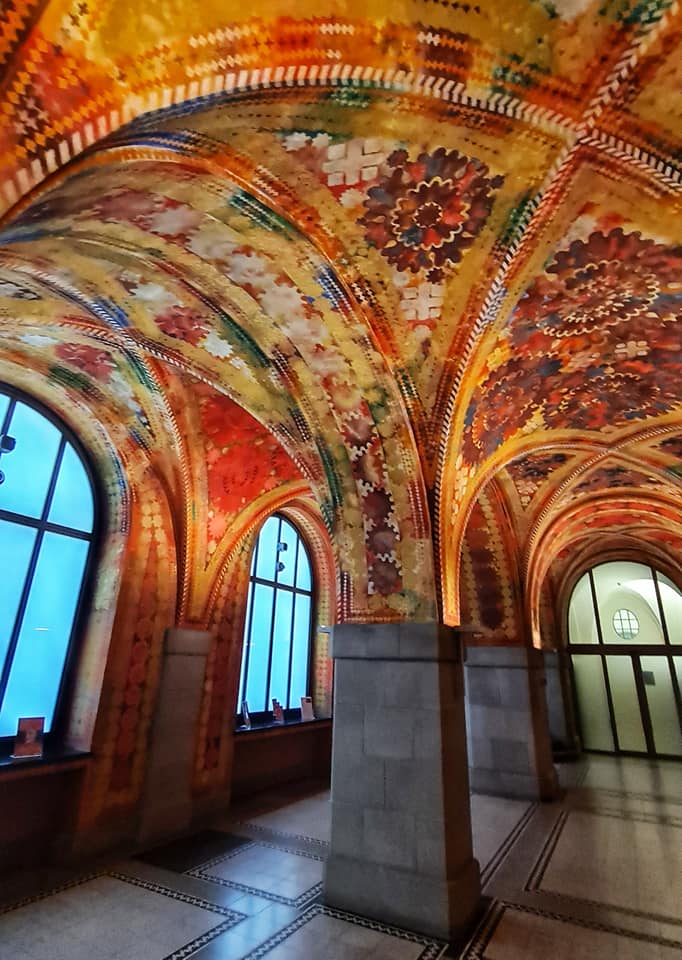 In 2019 the Blüemlihalle underwent an extensive restoration and can now once again be viewed in its full glory. The Giacometti Hall is also known as the “Blüemlihalle” due to the fact that the design features so many flowers. 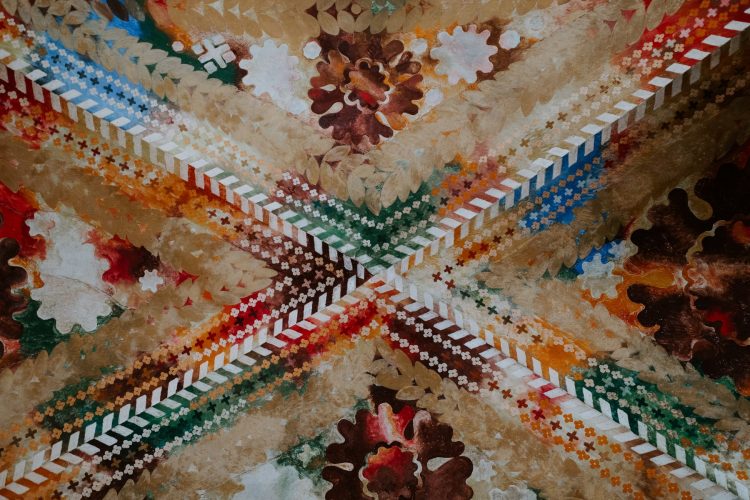 Augusto Giacometti Creator of the Blüemlihalle

Zurich artist Augusto Giacometti (1877–1947) came from the celebrated Giacometti artistic family, which numbers Giovanni Giacometti and sculptor Alberto Giacometti amongst its members. Augustino went on to create the choir windows in the Grossmünster in 1933, as well as the stained-glass window in the Fraumünster in 1945. 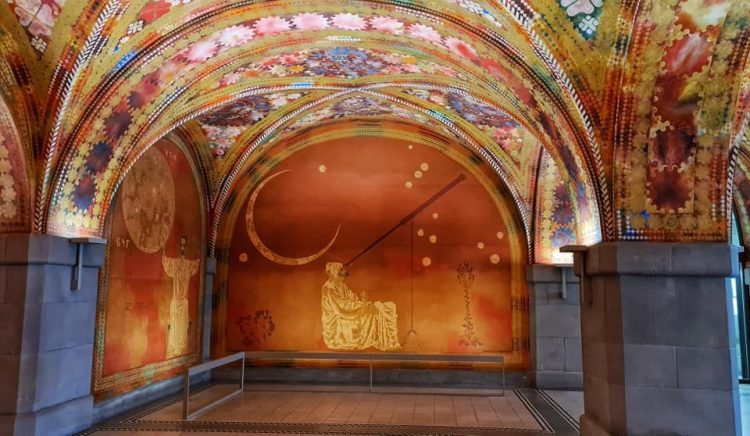 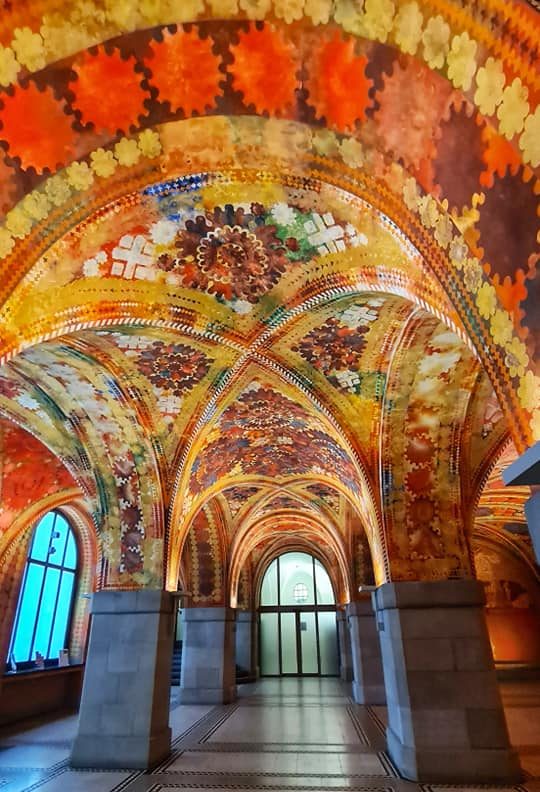 Photos: Photos only by prior arrangement

Visiting the Botanical Garden of the University of Zurich

Guide To Restaurants With Outdoor Terraces in Zurich

Take a Ride on the UBS Polybahn Funicular...

A Trip To Paxmal The Amazing Peace Monument...

Top Things To Do In Morges When Visiting...

The Beautiful Rose Filled Fountains of Zurich for...