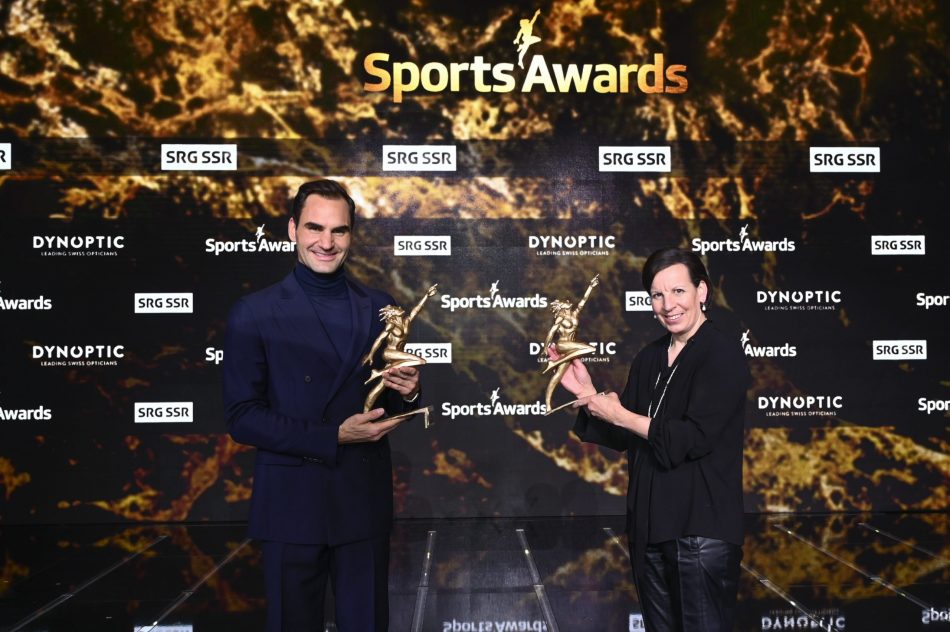 The Top Swiss Sportspeople from the Past 70 Years 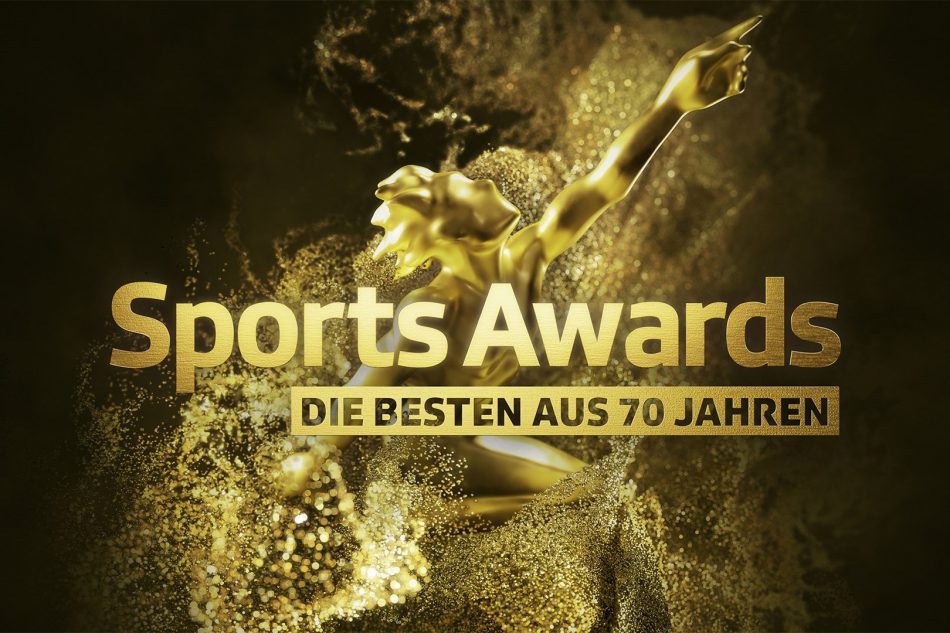 As with everything this year, the Swiss the annual Swiss Sports Awards took place in a different manner. The Awards have been held annually since 1950, but the pandemic changed the whole format. This year the winners were selected not for the year 2020, but the overall best sports people from the past 70 years. A jury of 120 former award winners, along with the television audience voted in the contest.

Roger Federer – Best Swiss Sportsman From The Past 70 Years 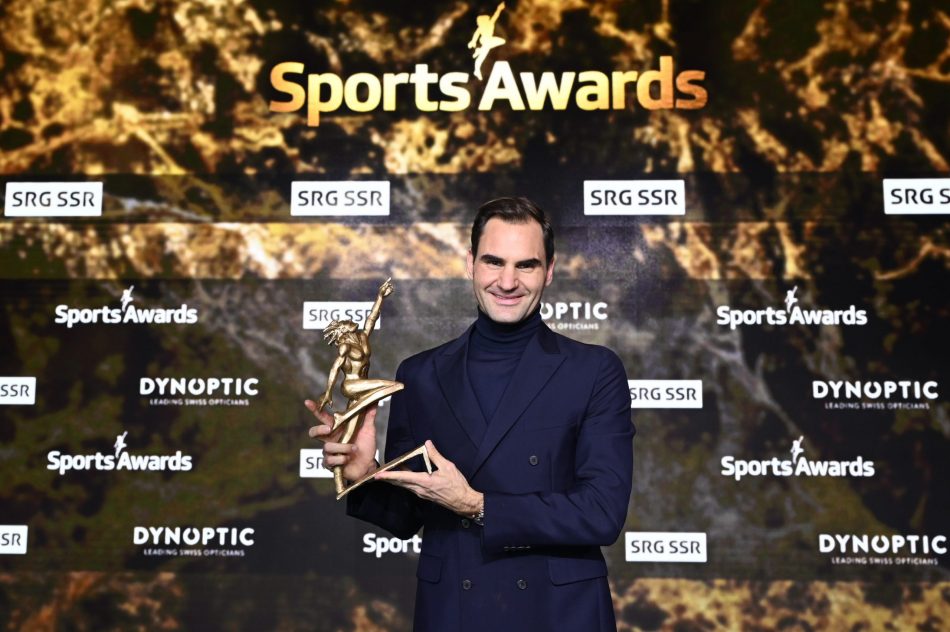 Roger Federer,  Switzerland’s 39-year-old tennis star was in attendance. The seven time “Swiss Sportsman of the Year” talked about the exceptional year, during which he has also undergone two knee operations and been away from competition since the Australian Open in January. Of course it was no surprise that the winner of 20 grand slam titles would win the overall trophy for “Swiss Sportsman of the past 70 years.” Federer has been Switzerland’s biggest sports star for two decades and is probably Switzerland’s best known sportsman. He received 49.1% of the votes. Cross-country skier Dario Cologna came second with 12.8% of the votes and downhill skier Pirmin Zurbriggen was third with 11.9% of the vote.

Vreni Schneider – Best Swiss Sports Woman From The Past 70 Years 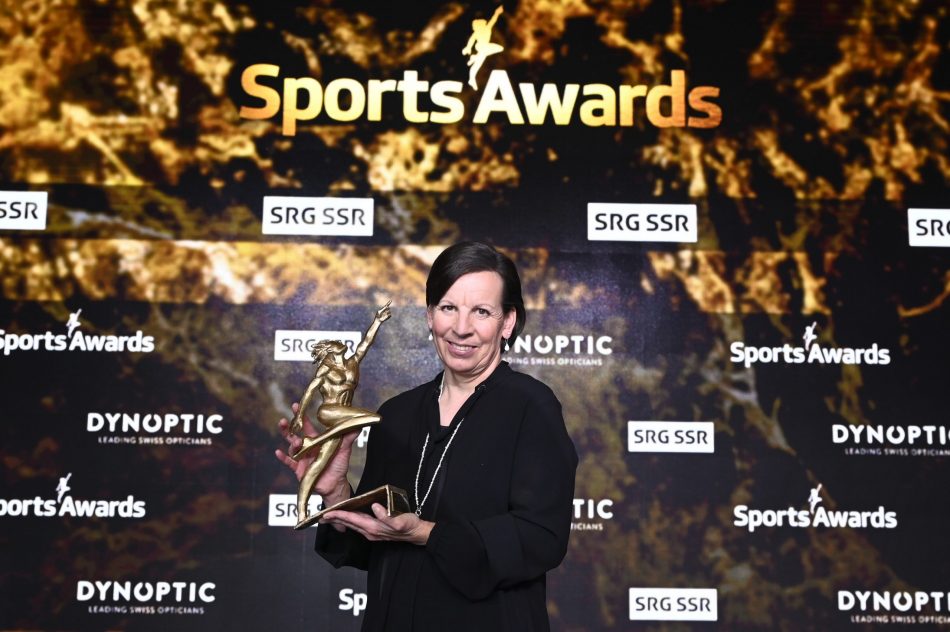 Vreni Schneider, famously known as ‘Golden Vreni’ was chosen as the best sports woman and received over 40% of all votes. Fellow skier Erika Reymond-Hess came second with 15.9% and Simone Niggli-Luder, third with 15.4%.

From 1988 until her retirement in 1995 “Golden Vreni” won the title of “Swiss Sportswoman of the Year” a record five times. In all she won three World Cup titles and three Olympic gold medals and to this day remains Switzerland’s most successful female skier. She now runs a ski and snowboard school and a sport equipment shop in her home village of Elm. 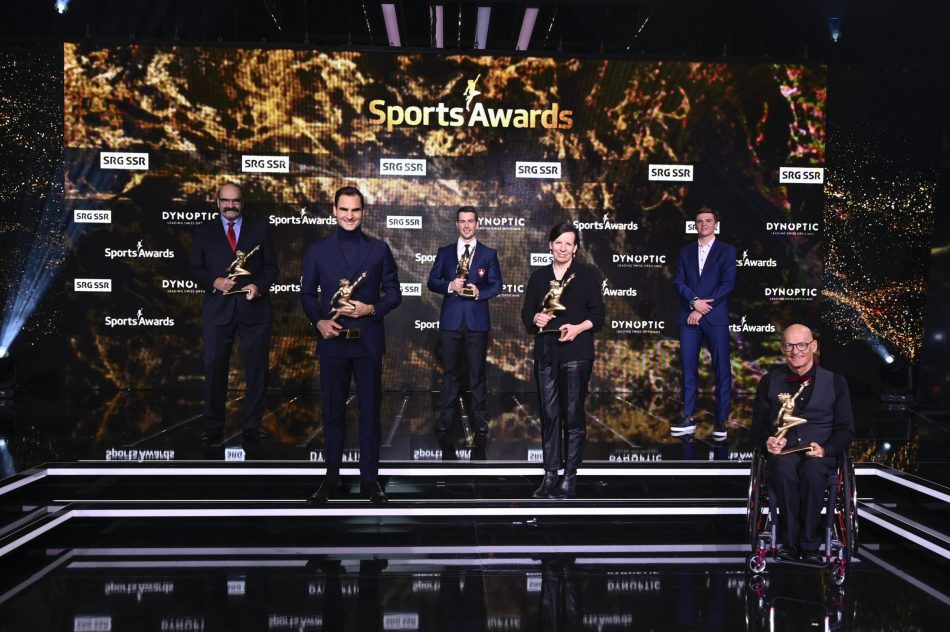 Jean-Pierre Egger, 77,  was named Best Coach and Heinz Frei Best Paralympic athlete of all time. Frei, 62, was a pioneer of wheelchair racing and won 15 gold medals at the Paralympics. In 1987 he became the first Swiss disabled athlete of the year and up till 2009 he won a further nine awards.

For full details of all the winners, including all the team awards, please visit the SRF Website (in German) here.

Next Swiss Sports Awards in 2021

The next SRF Swiss Sports Awards will take place on Sunday 12th December 2021 at 8.05pm.

The New Flexity Tram in Zurich

What’s On In Zurich Mid to End of December 2020

James Blunt On Tour In Switzerland With Art...

This evening in Zurich by the Herzbaracke floating

Who is looking forward to the Lucy Christmas light

The nights are drawing in and in just one week the

One of my favourite Winter places in Zürich opene

About last night! The amazing @s.pellegrinosapori 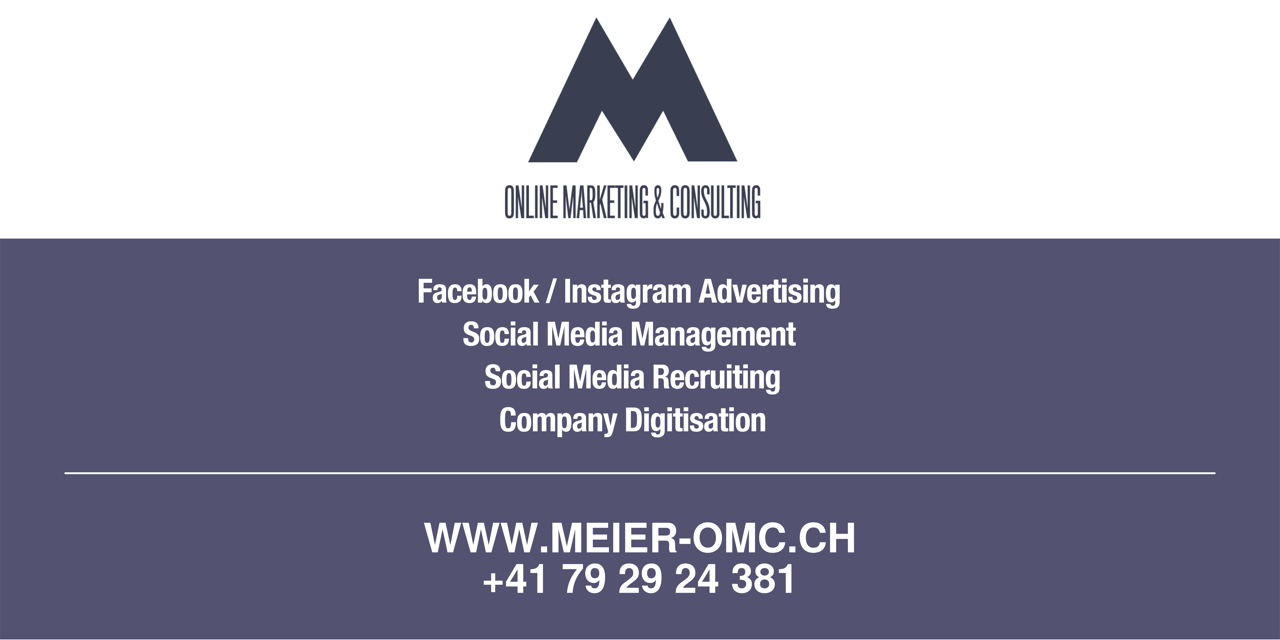