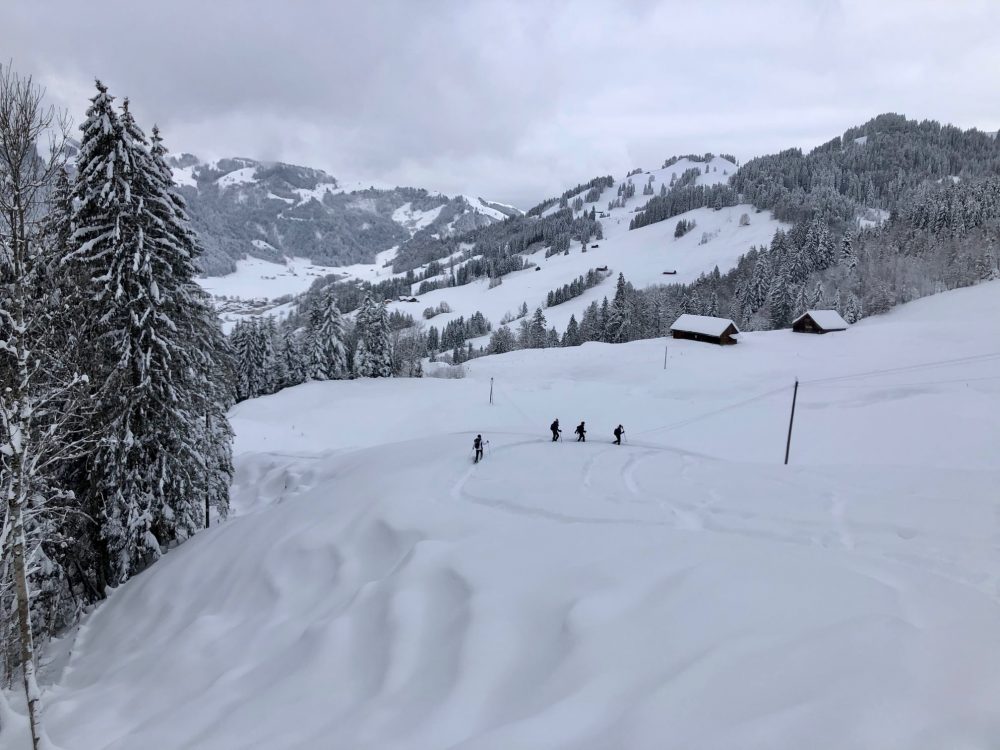 This is a great snowshoe trail for beginners or those who are looking for an easy half day trip from Zurich. It is a varied route taking in open valley and woods and has only a relatively short climb (approximately 200m) and yet gives great views over the Sihlsee and surrounding hills. 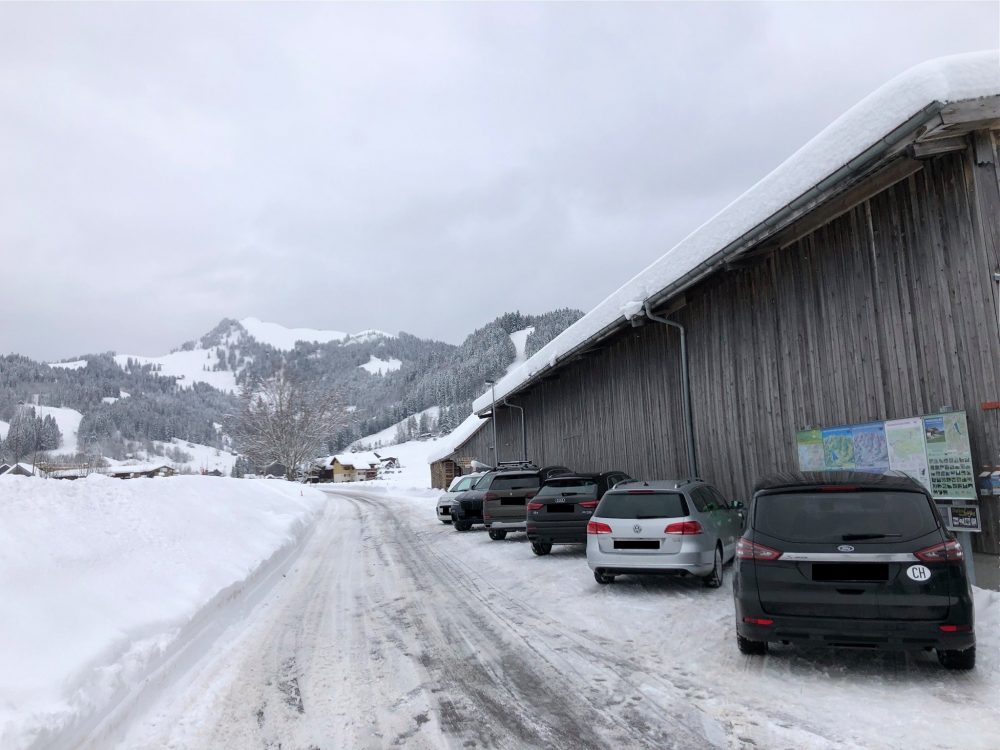 Limited parking is available in front of a barn in Euthal, on the corner of Obereuthalerstrasse and Weisstannenstrasse – see directions here. 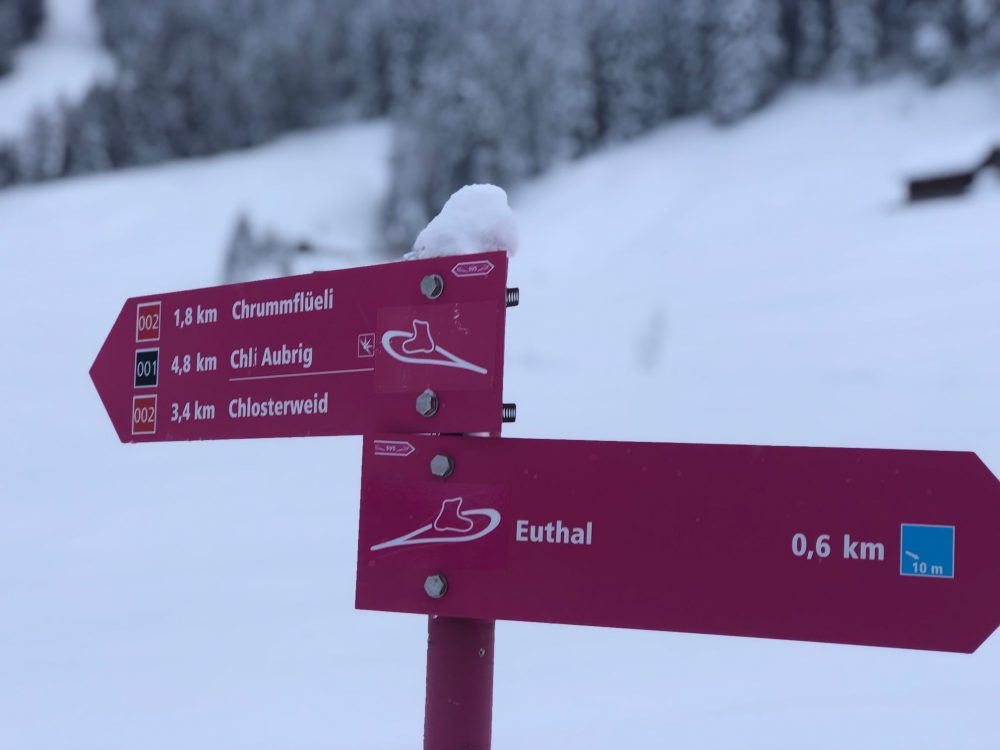 The snowshoe route starts off running parallel to Weisstannenstrasse before striking left and heading up through the valley. The route is reasonably well signposted and indeed relatively popular so there may well be snowshoe tracks as well as signposts to follow.

You cross the river Eubach on a bridge before following the river quite a way up through the woods. 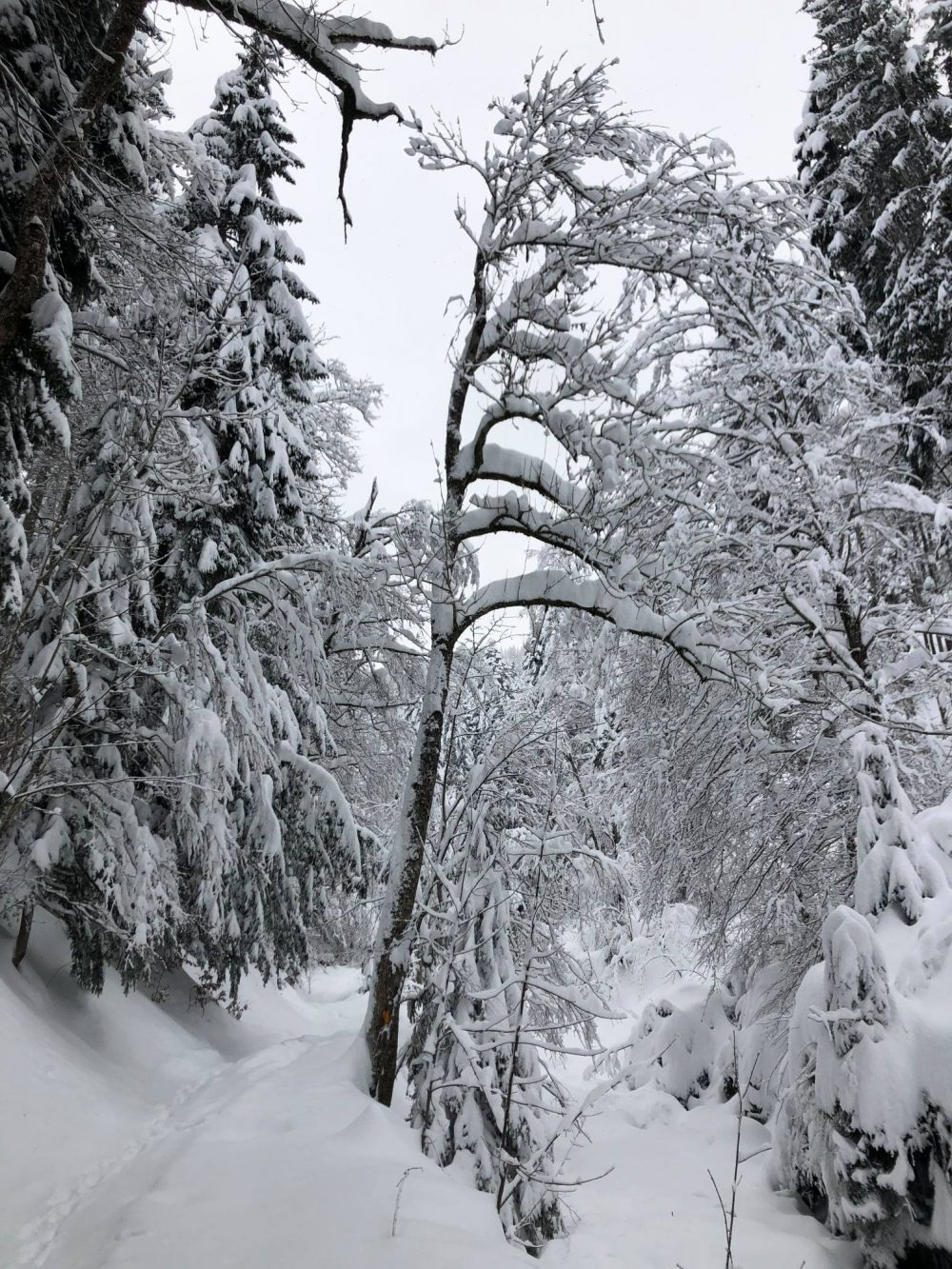 Wild animals live in the woods and a sign reminds you to keep calm and stick to the marked route in order to disturb the animals as little as possible. 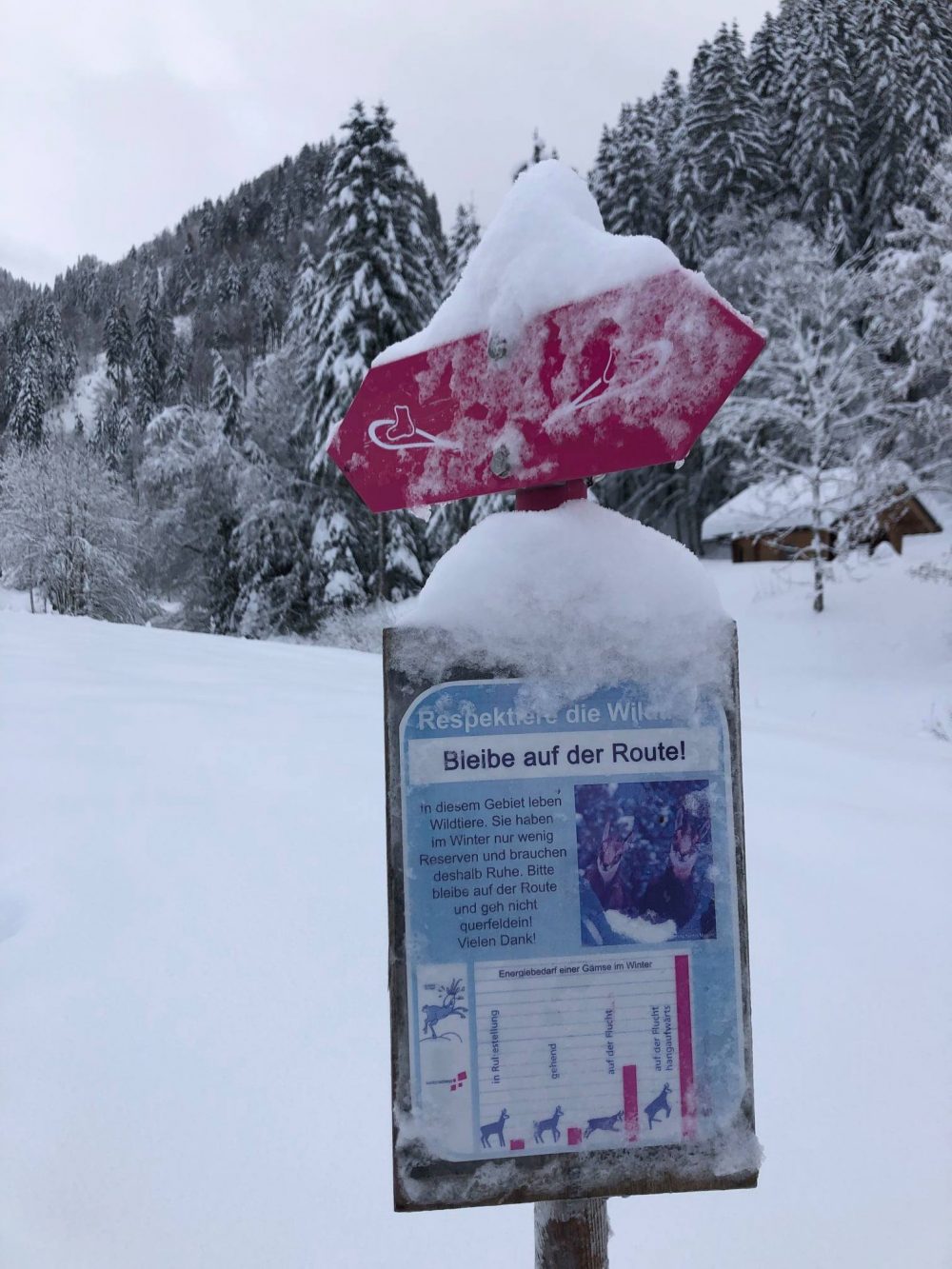 The path climbs steadily in the woods and you eventually reach a junction. One snowshoe route continues straight ahead, eventually leading to the summit of Chli Aubrig. Leave that for another day and turn left. 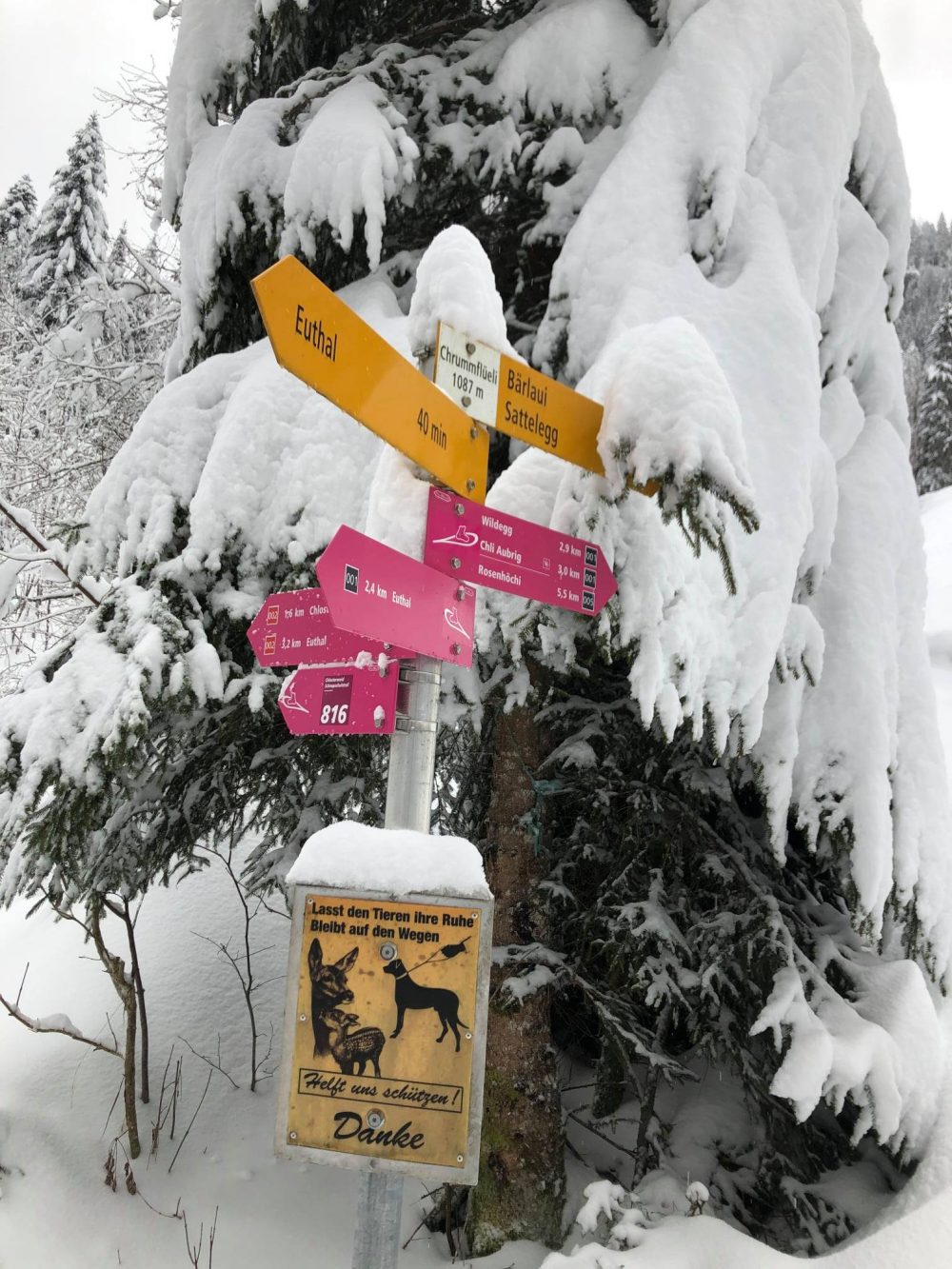 By now you have made most of the ascent and after a few more turns and a little more climb you reach a wonderful view point of the Sihl valley below you. 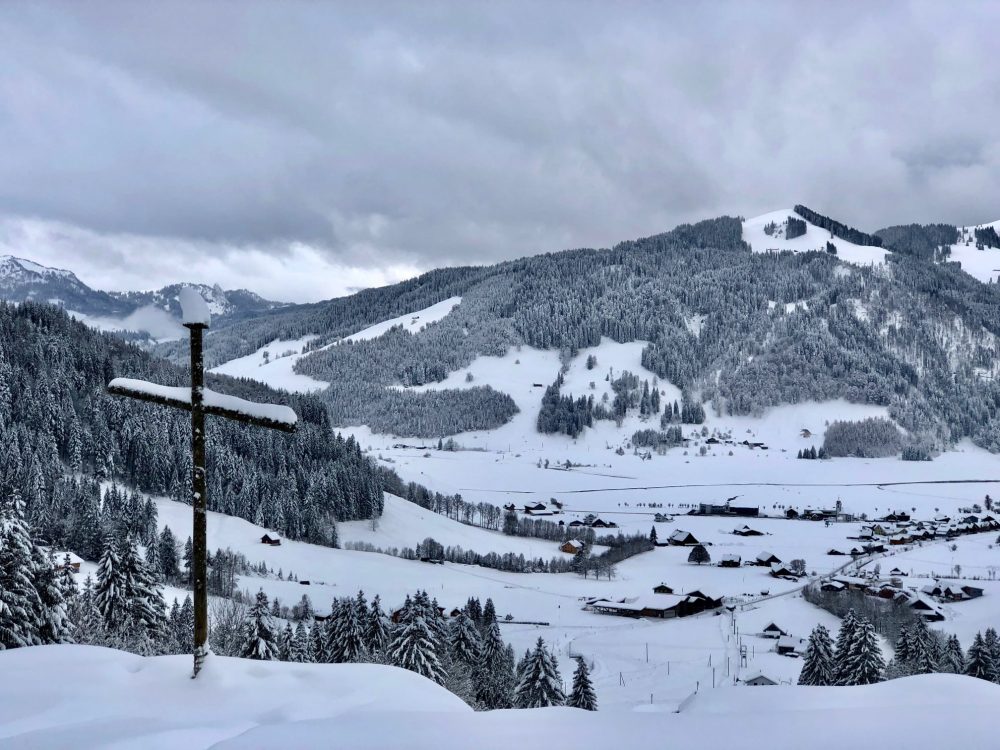 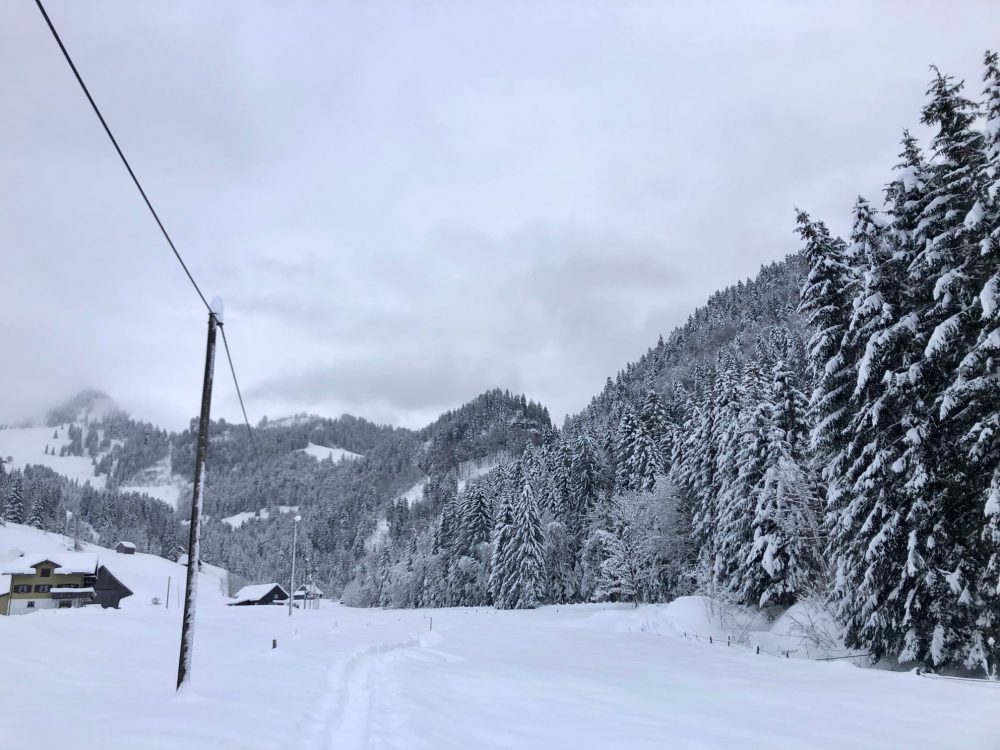 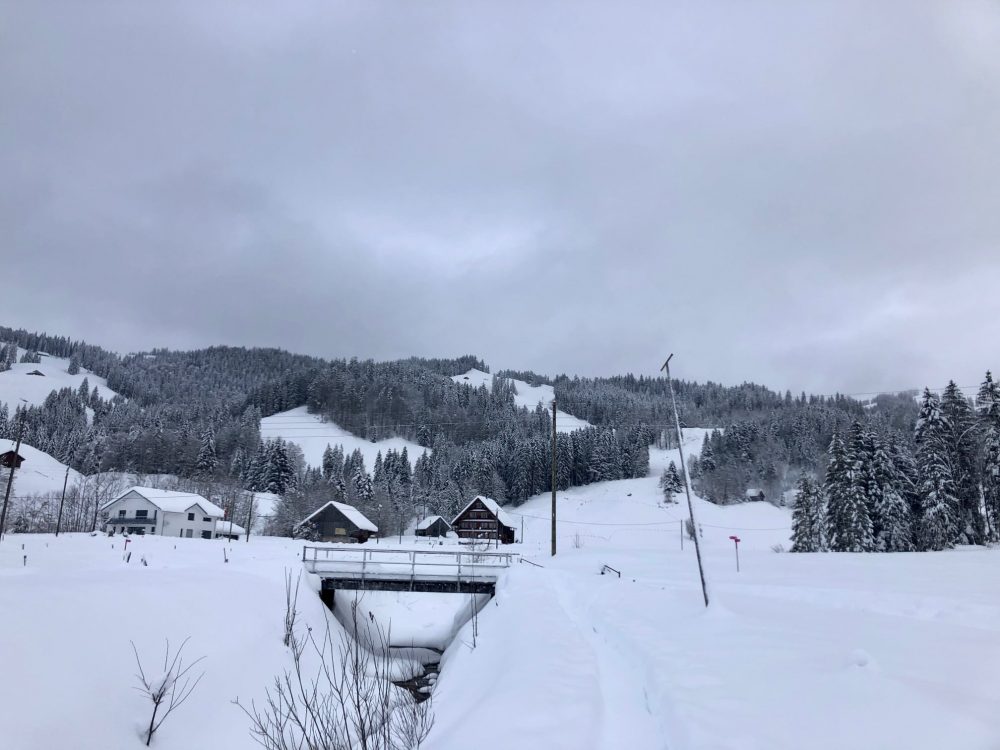 Now you start your descent, initially steep before reaching some cowsheds and a cross. From here the path leads back down to another stream and the outskirts of Euthal. You cross the Eubach on the same bridge and retrace your steps to the carpark. 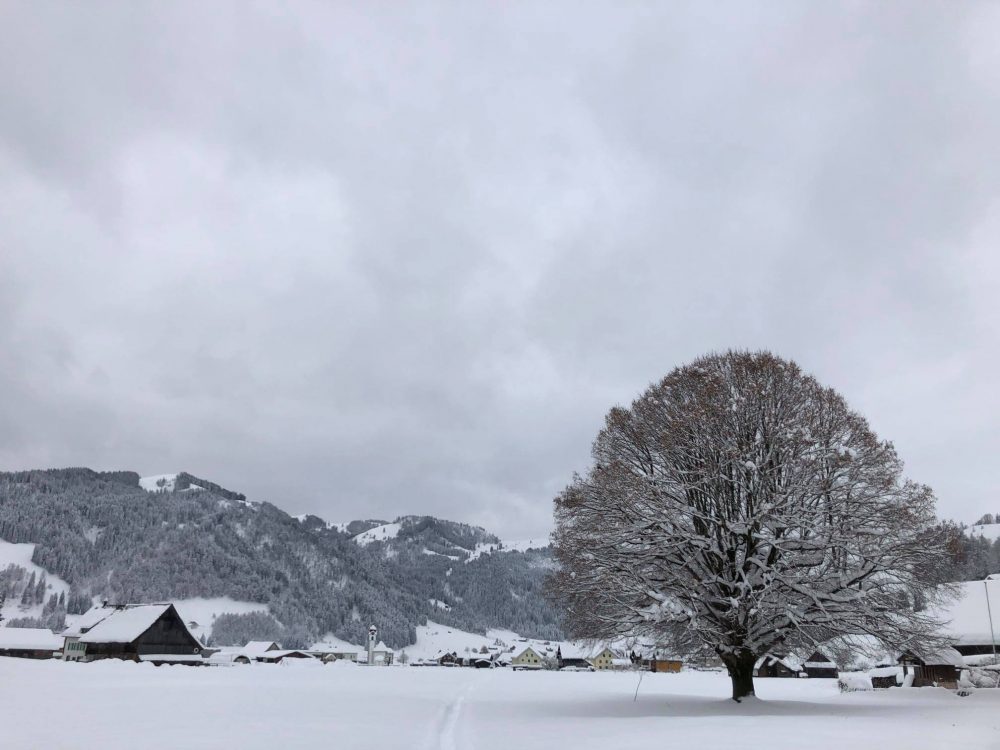 There are a number of other routes signposted from the same starting point. One is to Chli Aubrig which is strenuous (740m ascent/descent and 10km). Another route takes you up the hills to the south for a loop around Chalberstock and Stockrain (500m and 8km).

You can see the route on SwitzerlandMobility here.

See the Map from SchwitzerlandMobility here: 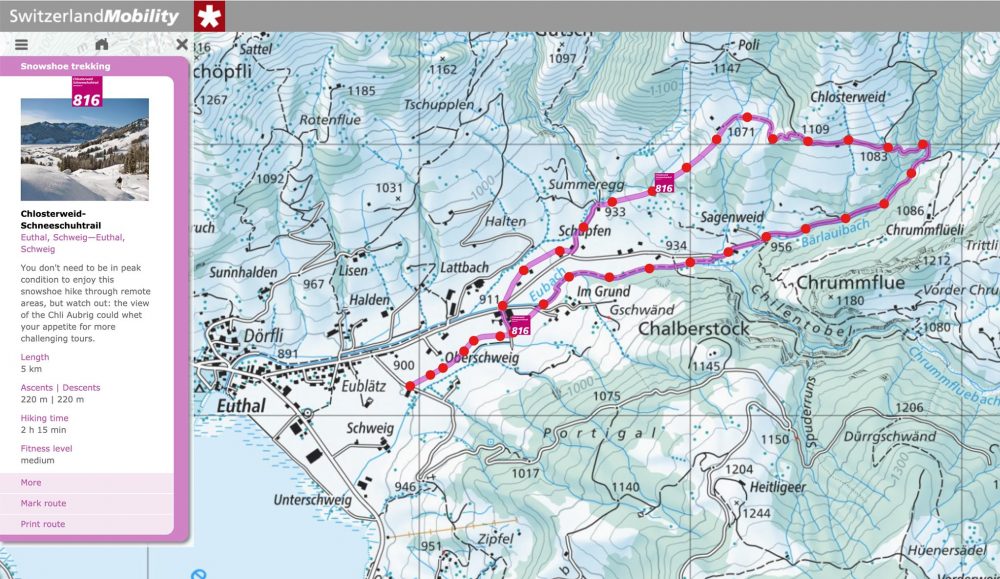 Other Snowshoe Hikes you may be interested in going on include:  Ibergeregg, Hemberg and Braunwald.

What’s On In Zurich Mid to Late January 2021