The Beautiful Swiss Alpine Lake & Mountains at Seealpsee in The Snow

The Beautiful Swiss Alpine Lake & Mountains at Seealpsee in The Snow 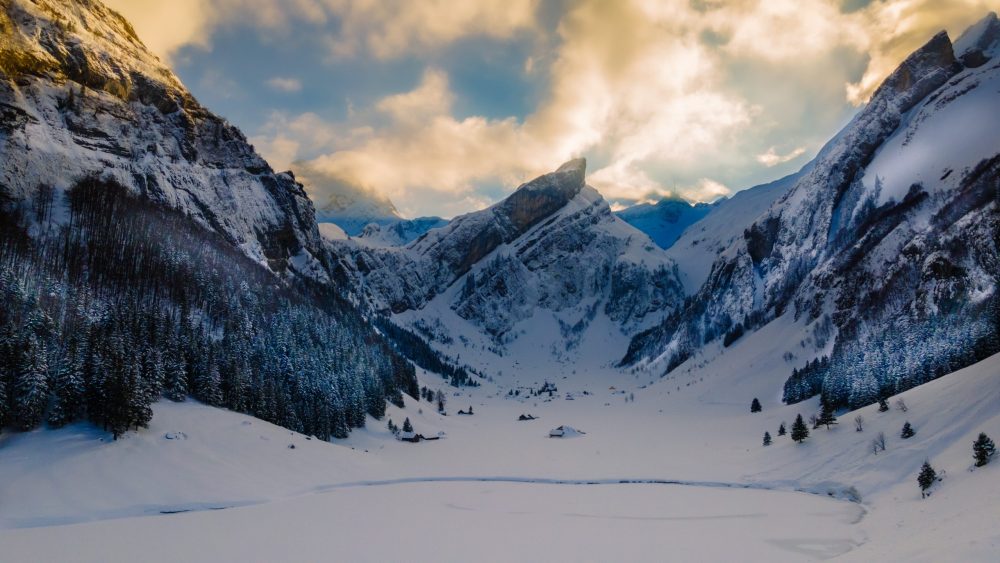 Seealpsee and the Alpstein mountains

If you’re a lover of beautiful mountains and lakes then the area around Seealpsee and the Alpstein mountains in Appenzell should definitely be on your bucketlist. This alpine lake is located at 1,143 metres above sea level, and is surrounded by majestic mountains. Occupying an idyllic location, it is justifiably, one of the most popular destinations in Switzerland. By car it takes around 2 hours to get to from Zurich – and by train you alight at Wasserauen, where you begin your hike.

Most people tend to visit it in the Summer or Autumn when the meadows are green. Intrepid photographer Sebastian Andrei, however, decided to visit it in March, when the snow was still knee deep. The trail which would normally take around just under and hour, took significantly longer and the temperature was -9 degrees celsius!

However, as you can see, Sebastian managed to get some great photos of the alpine scenery at Golden Hour – before going back down the mountain as darkness descended! 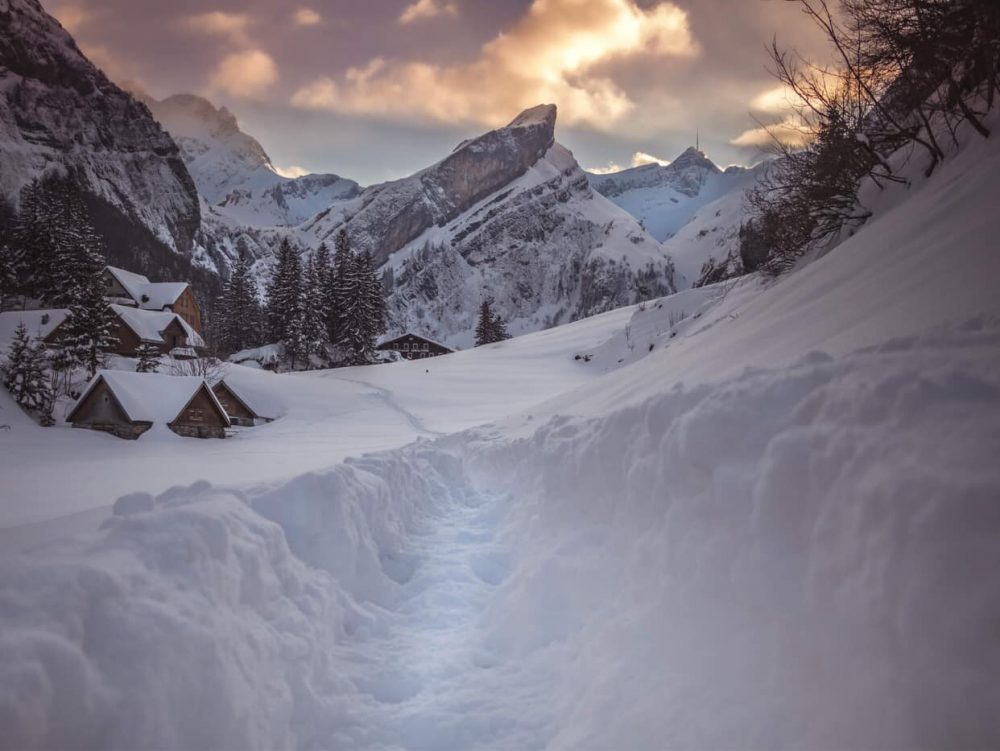 The sun glinting off the mountains is absolutely stunning as you can see in this drone shot. 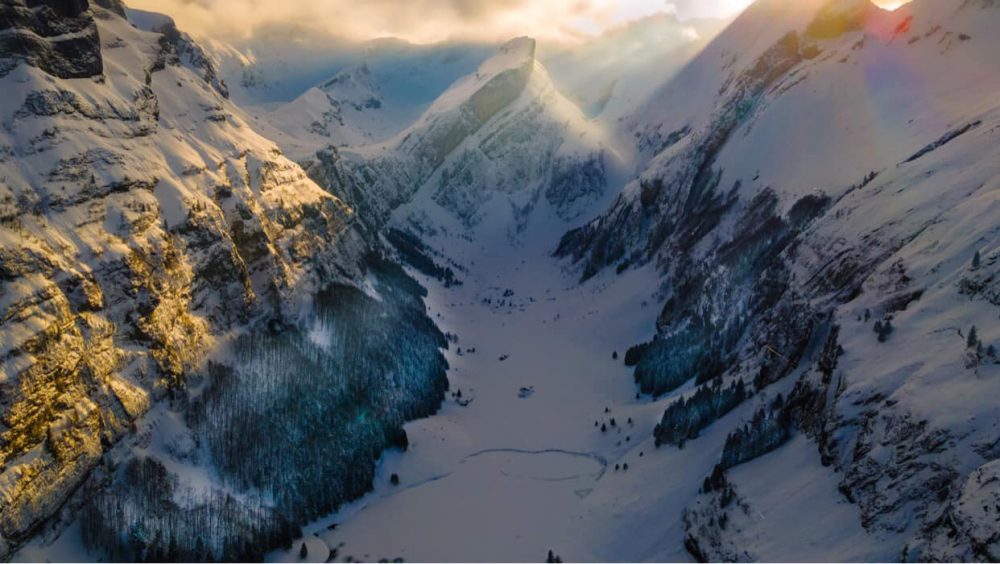 There was even some local wildlife enjoying the scenery, also knee deep in snow! 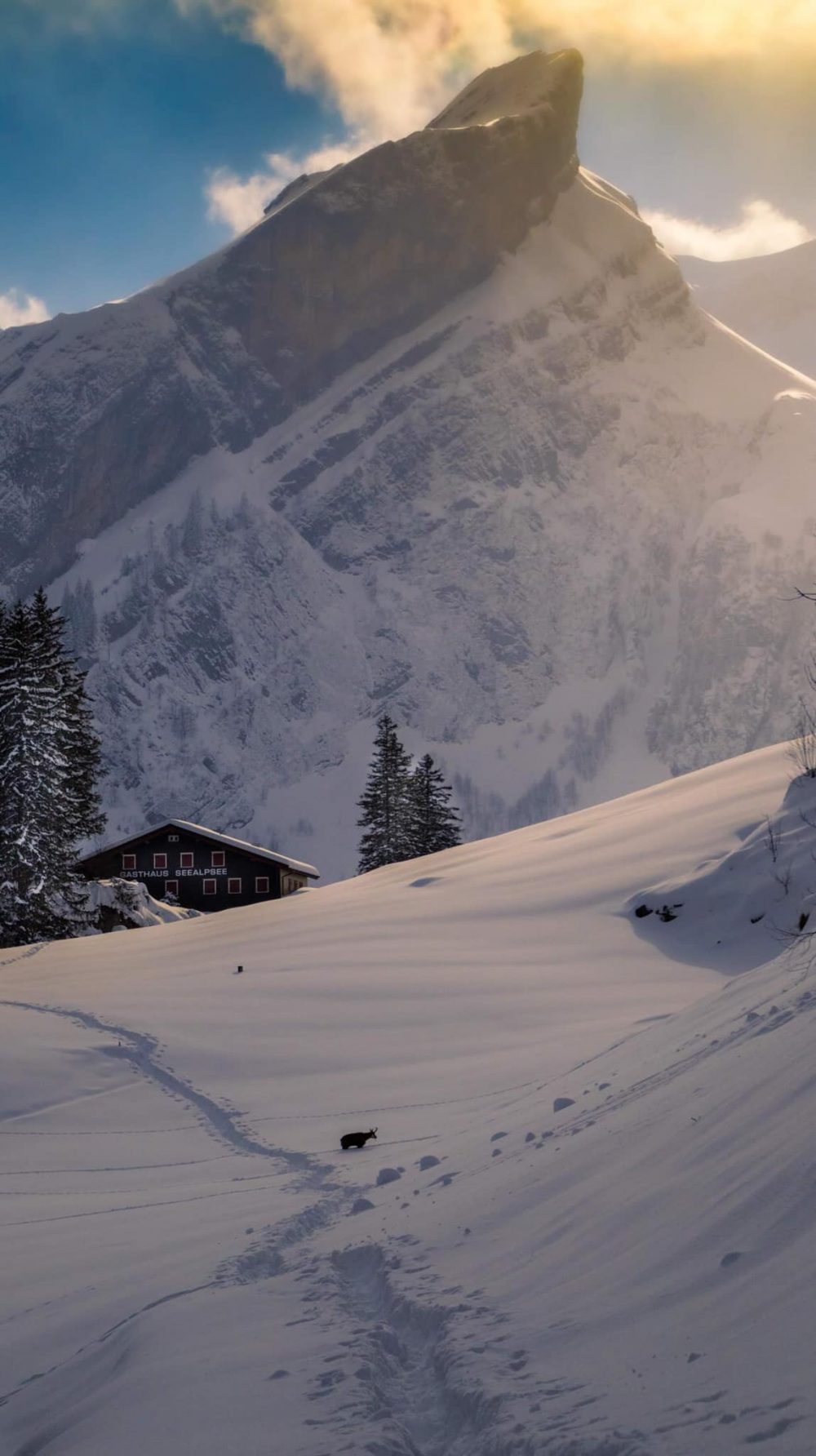 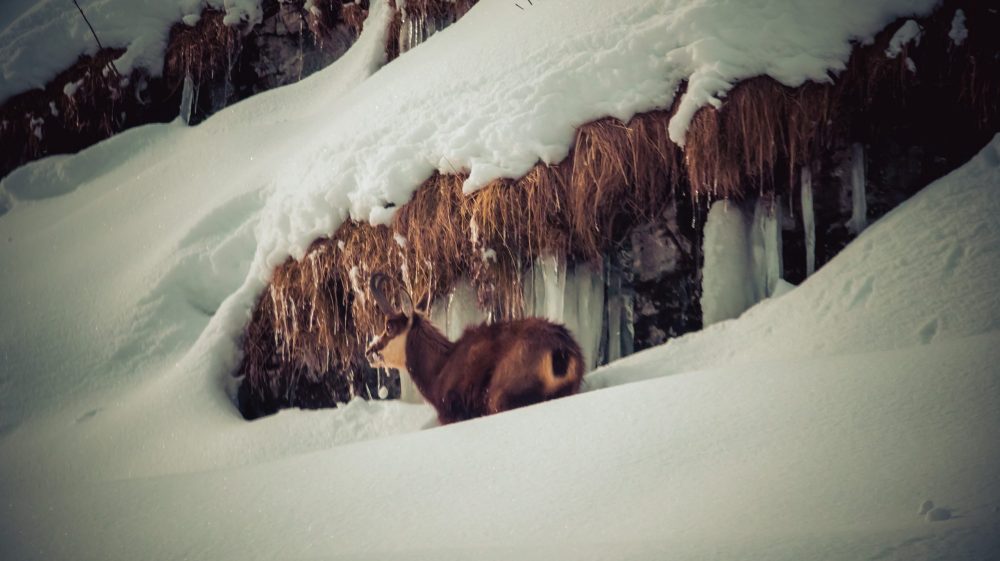 If you’re thinking of visiting in the Summer there are quite a few trails in this area. You can see a selection in the information section at the foot of this article. 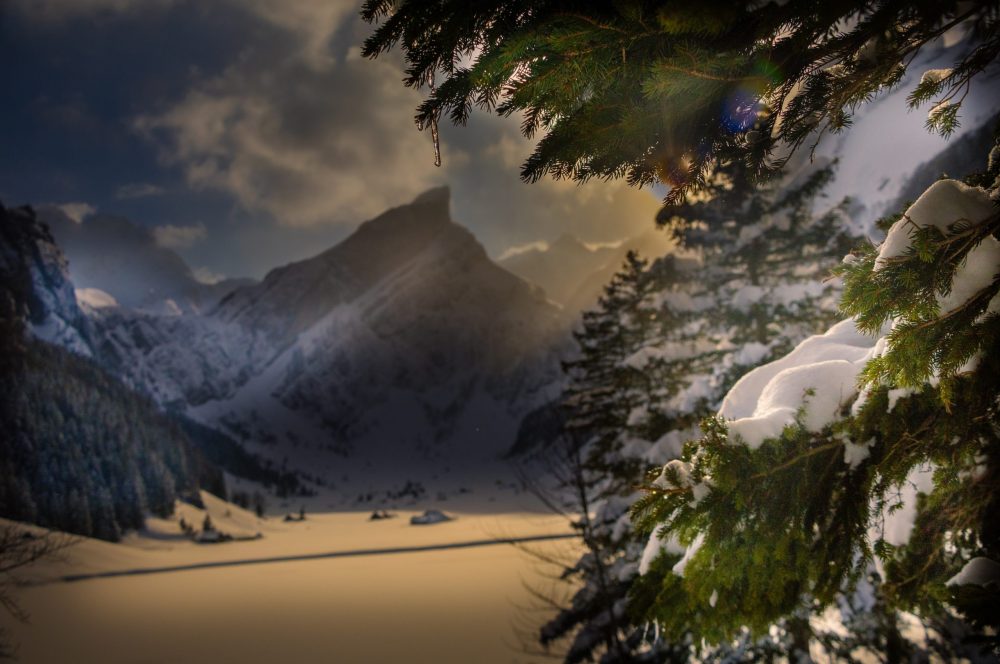 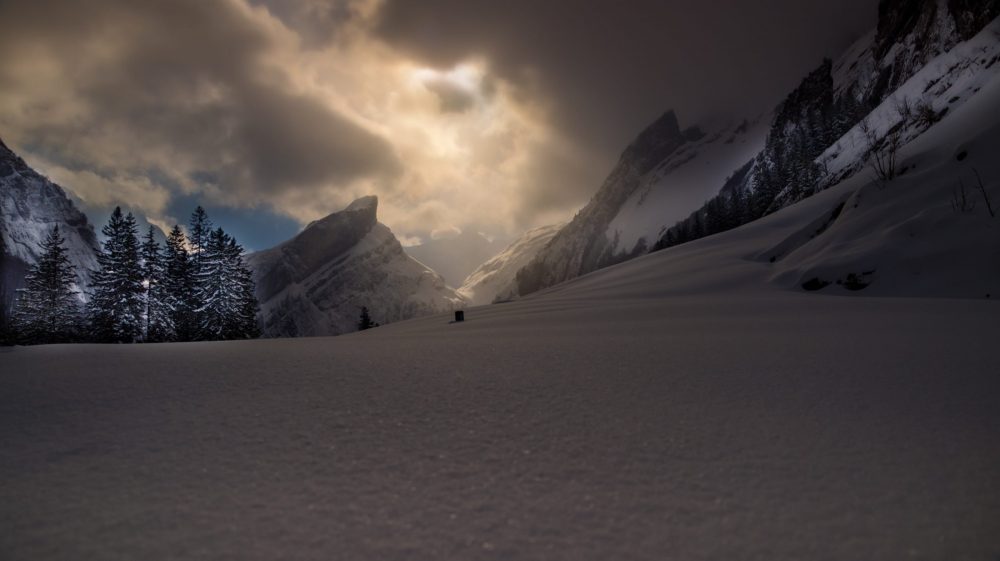 In late Spring, Summer and Autumn Seealpsee can be reached in under an hour by foot from the train station Wasserauen, where the Appenzeller Bahnen, stops. All routes are signposted with “Wanderwege” and there is also a steep but  beautiful path leading to the famous Aescher Berghaus at Ebenalp through a cave and past the Wildkirchli.

1) In July 2009 and again in 2010, the Seealpseelake turned red due to a high density of the algae Tovellia sanguinea, which thrives well in nutrient-poor cold water lakes at altitudes over 1000 metres.
2) You can see a picture of the view over the Seealpsee towards Säntis  on the label of the popular Appenzeller beer “Quöllfrisch”.

Wasserauen is the nearest station – see on Google maps here.

For more information on the Äscher Berghaus in Ebenalp see here.

All photos by Photographer Sebastian Andrei.

Rigi Queen Of The Mountains

Get Creative This Easter With Your Lindt Gold Bunny!

Reflections of the Grossmünster church at golden