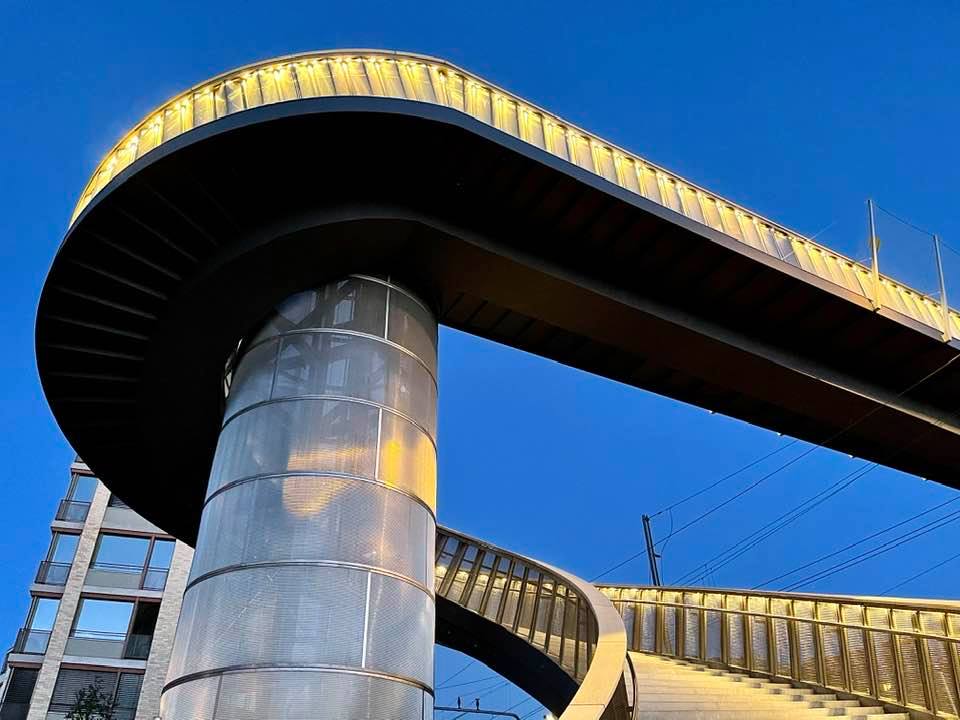 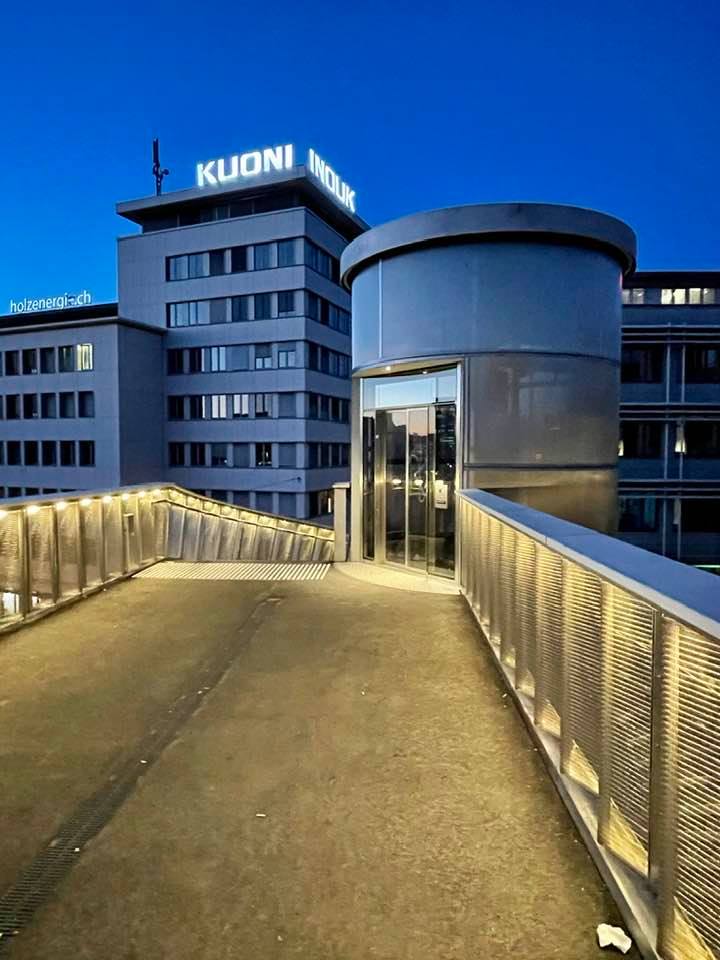 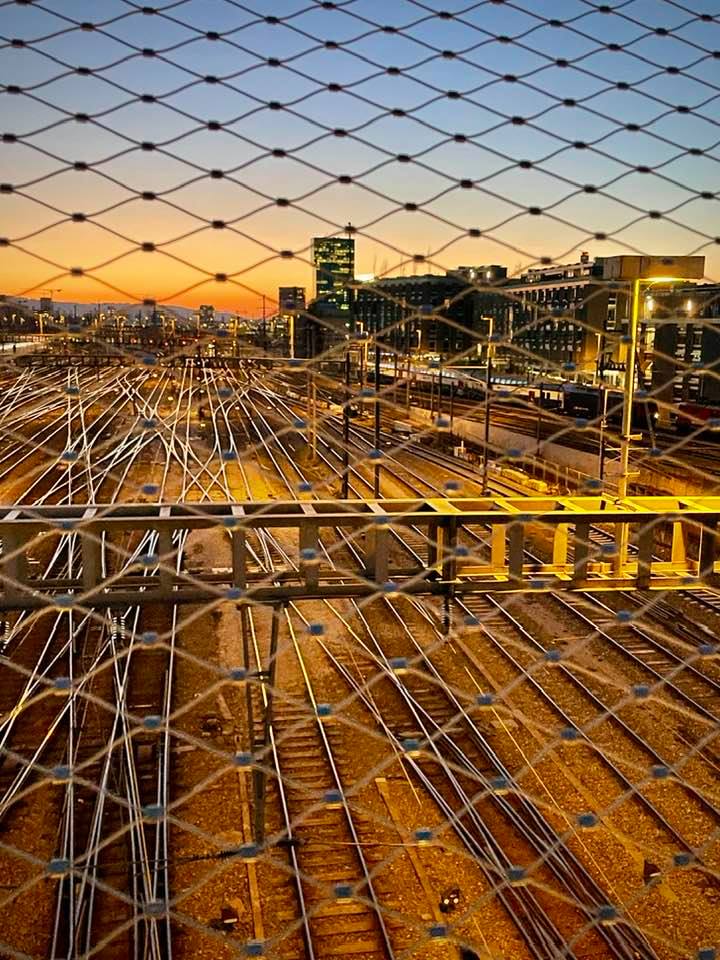 There’s an impressive new footbridge in Zurich which reaches across over the railways tracks not far from Zurich main station. It’s called the Negrellisteg and it was opened on 26th March 2021 after 18 months construction. 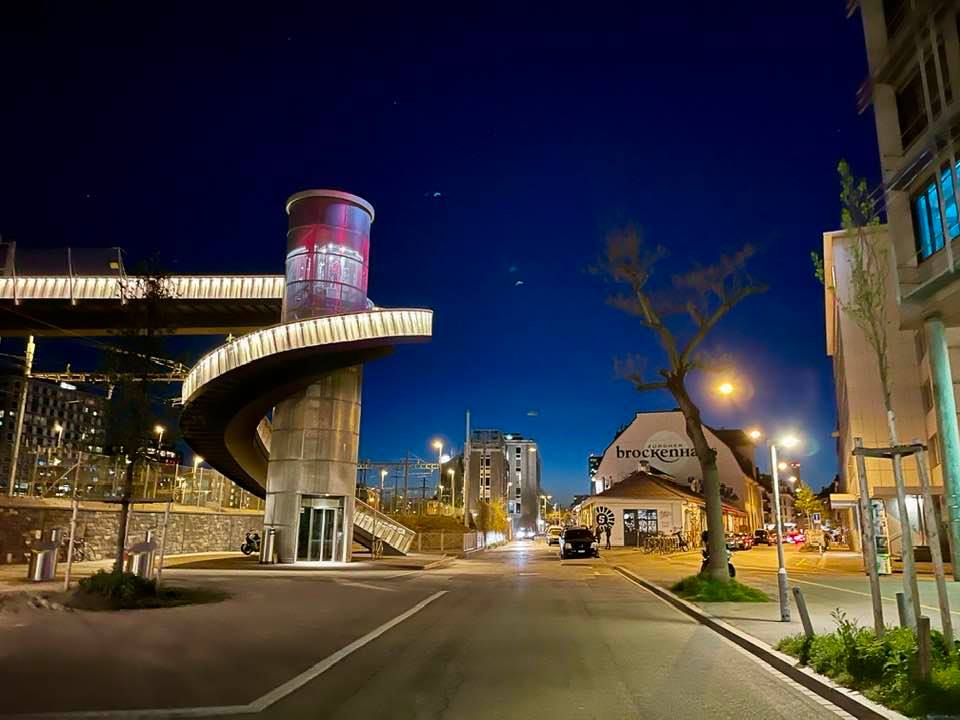 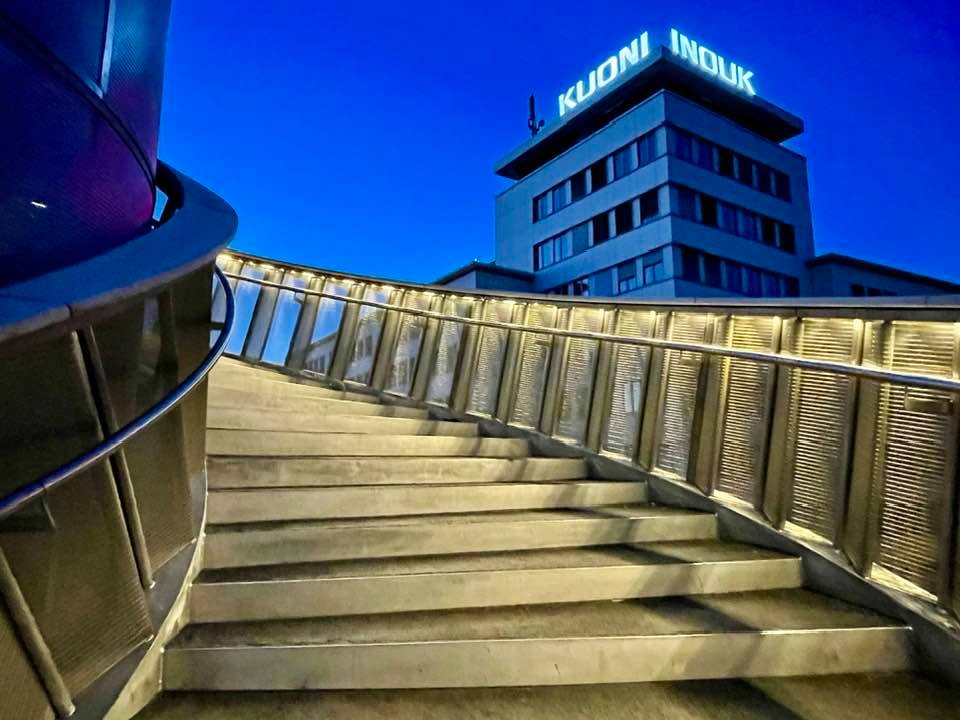 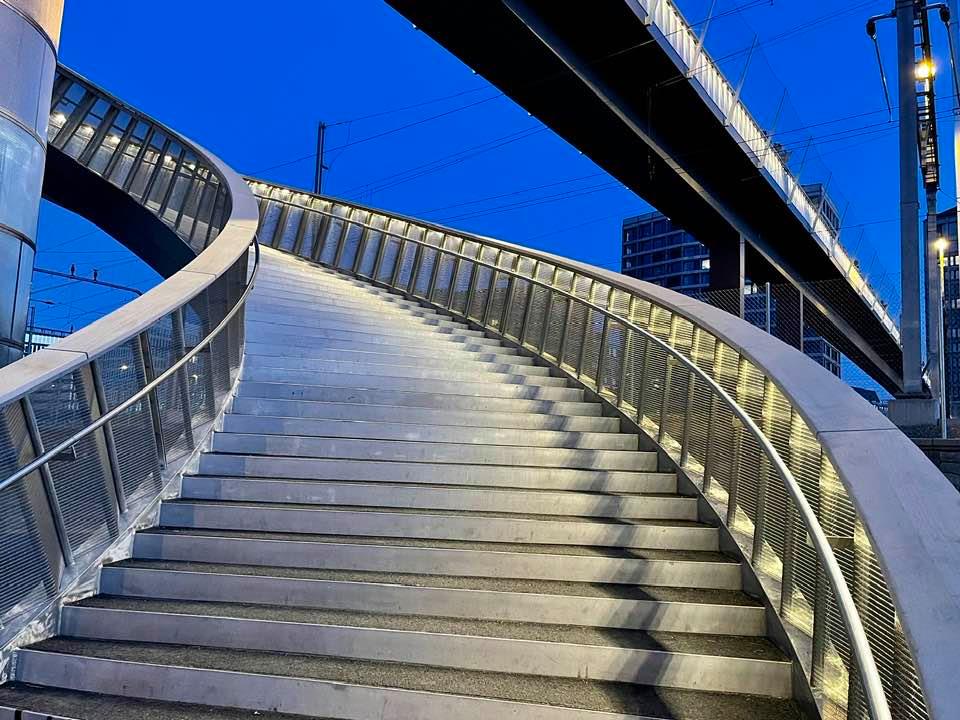 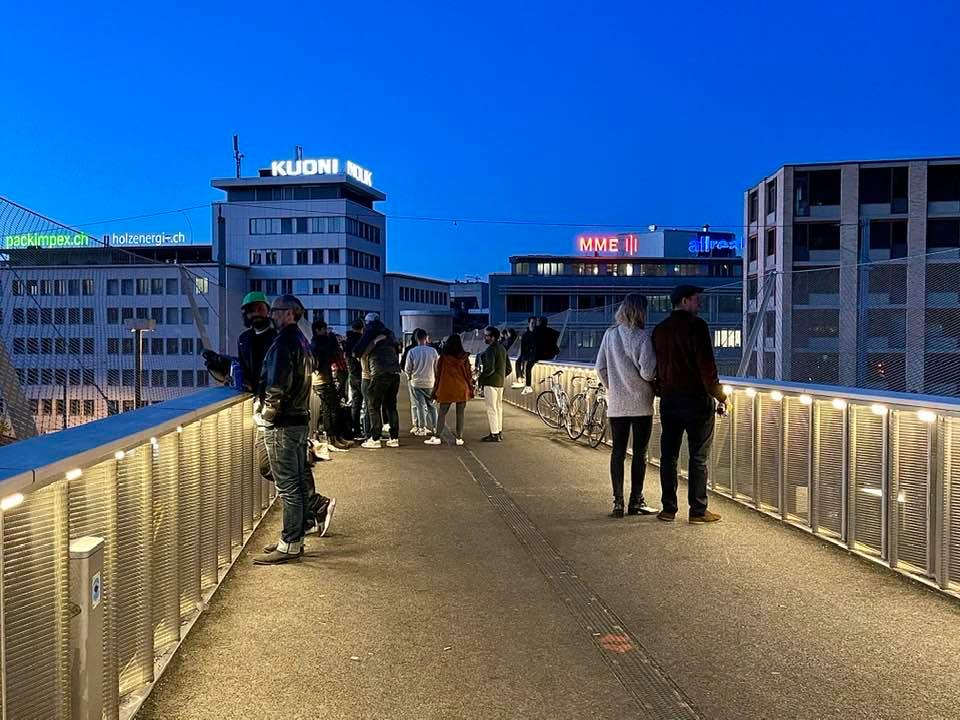 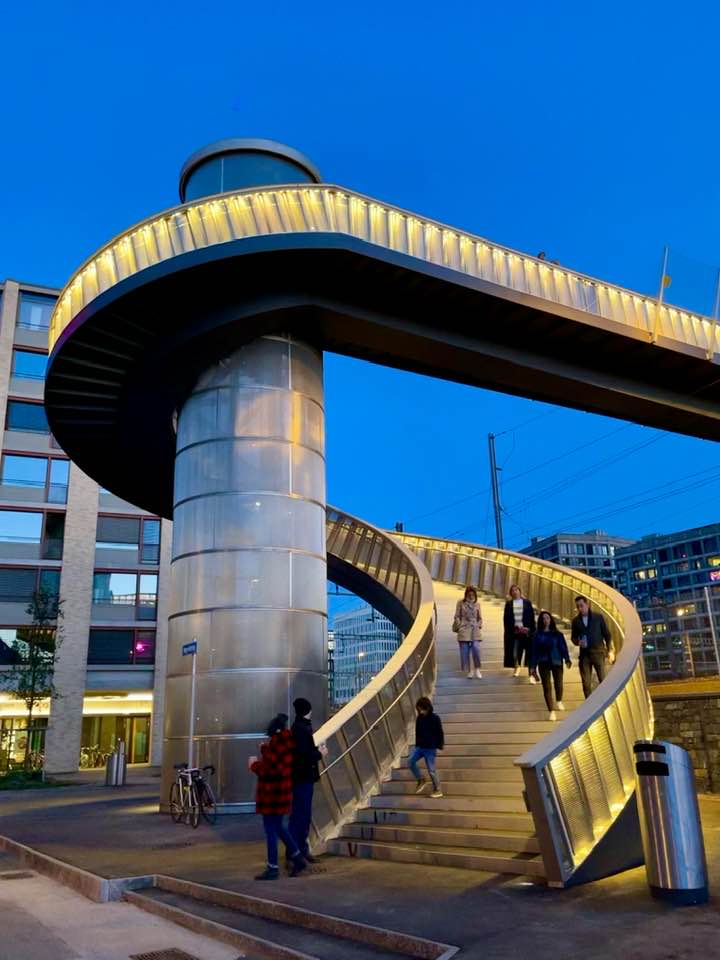 It is named after the railway pioneer Alois von Negrelli. who lived from 1799 till 1858. Negrelli was famous for being the engineer of the first Swiss railway line which ran from Zurich to Baden, which was known as the “Spanish Brötli train”. 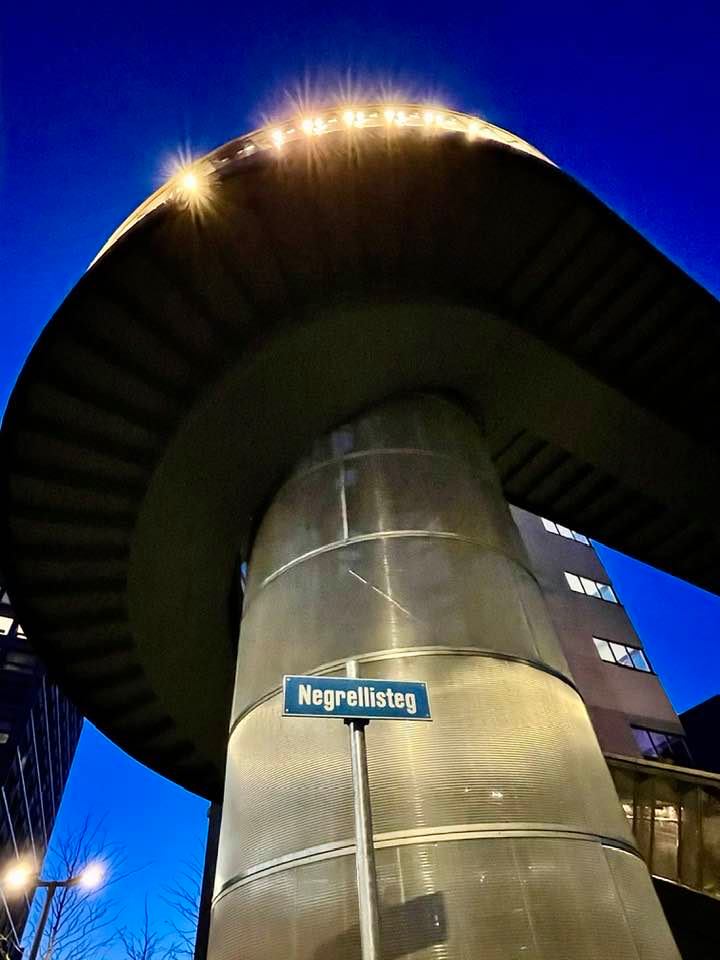 The bridge is a pedestrian bridge and it connects Kreis 4 and Kreis 5 making it easier, quicker and safer to get from Gustav-Gull-Platz to Zollstrasse and Klingenstrasse. The 160-metre long walkway has few support which give it the impression of “floating” above the railway.  It’s a shortcut for many and in the evening it is a great place to watch the sunset. It is also affectionally known by locals as “the longest bar” due to its popularity. 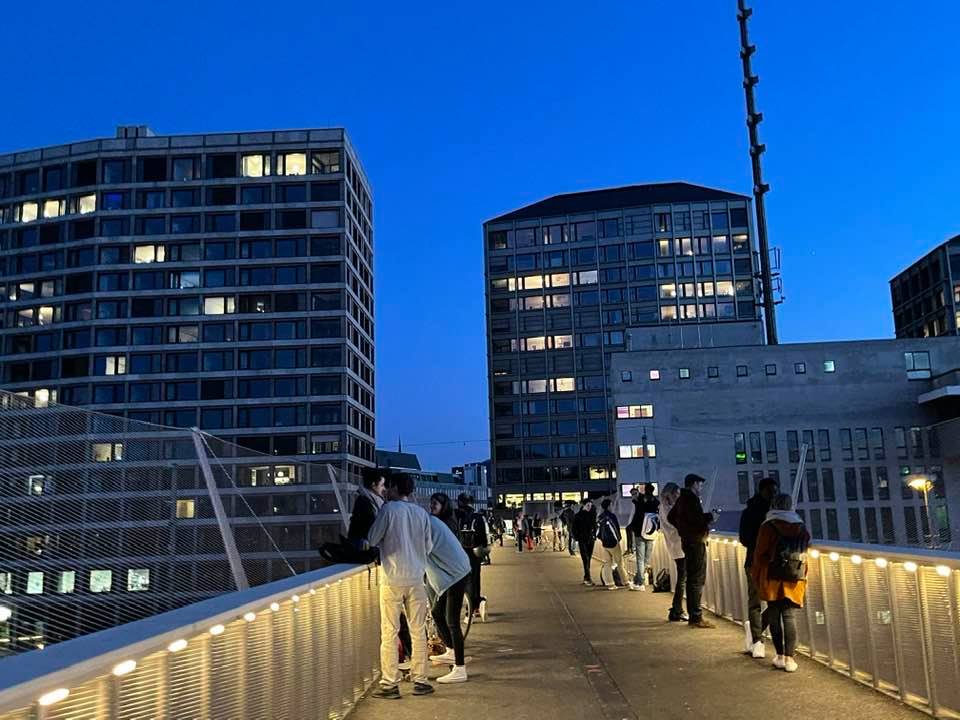 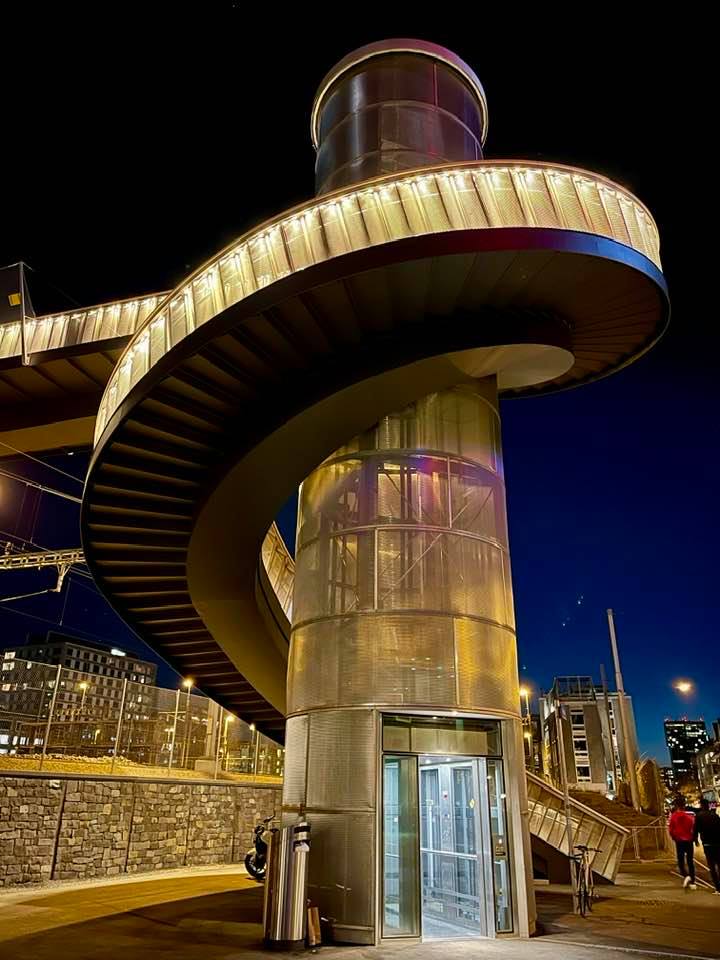 On both sides the stairs and exits are constructed in a striking spiral shape around the round lift towers. 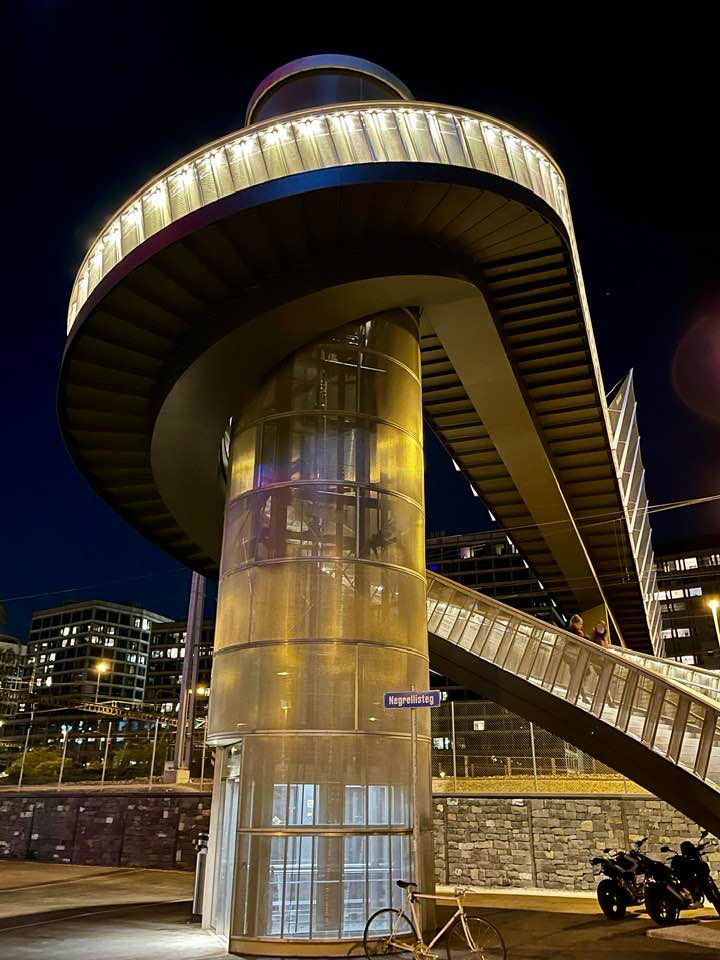 The steel bridge costs around 11 million francs to build and the bridge was designed by ARGE Negrelli. 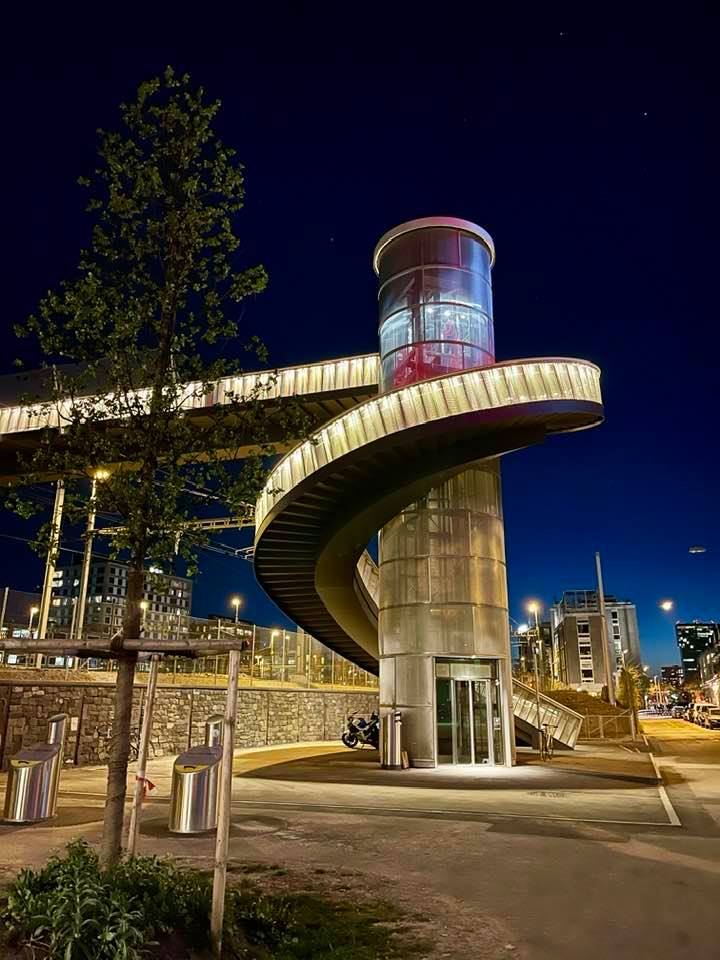 At night it is illuminated, something which is a part of the City of Zurich’s” Lumière plan” to bring the city alight. 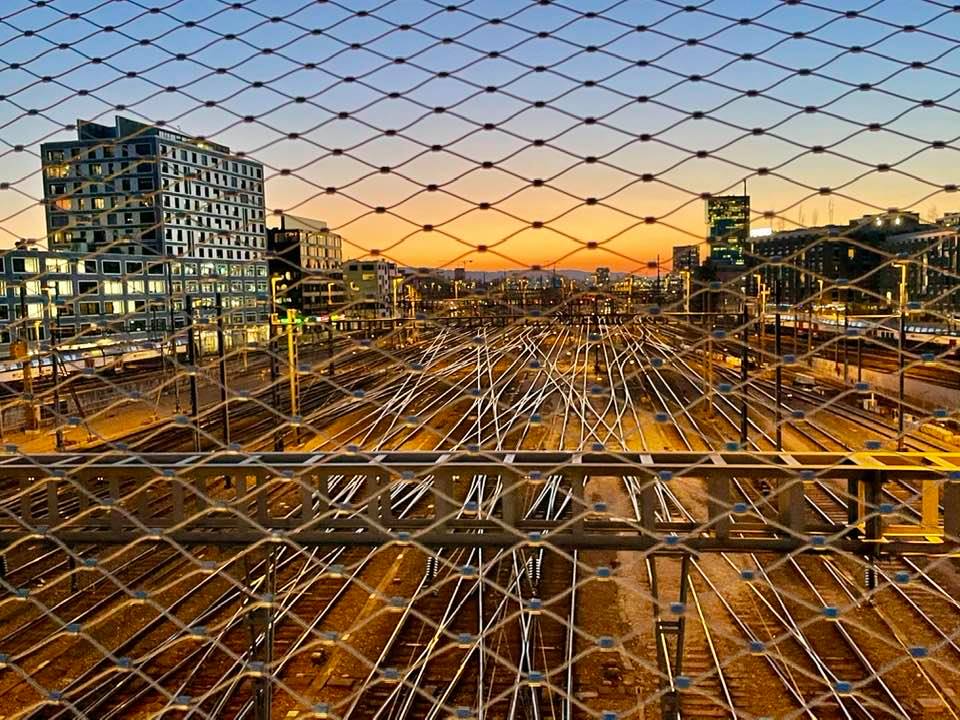 Visiting the Botanical Garden of the University of Zurich

What’s On In Zurich End of April 2021 Onwards

What’s On in Zurich Early to Mid September...

Zurich Film Festival is Back for its 17th...

What To Do In Zurich Beginning of September...

What To Do In Zurich End of August...

A splash of colour the other week strolling home t

Views of the Wasserkirche and the Grossmünster in

Killing time at Zurich airport whilst getting a PC