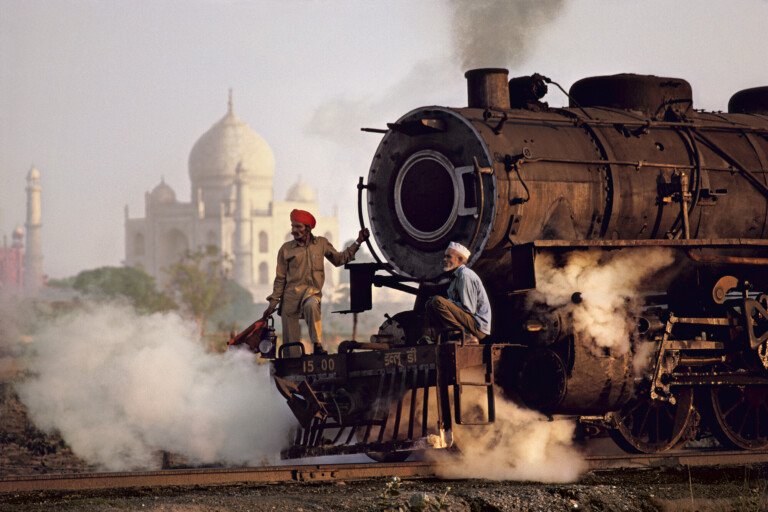 “Just the simple fact of traveling and exploring in depth different cultures brings me joy and boundless energy.”

There’s a fascinating new exhibition coming up in Zurich – the World of Steve McCurry at the MAAG Halle Zurich. Beginning on 24th June, the exhibition features the work of award winning photographer Steve McCurry. Probably one of the most famous photographers this century, McCurry is best known for his iconic portrait of the Afghan Girl which captured the imagination of so many. Over the years his photos have provided inspiration for young and old alike and each one portrays a complex world of experiences and emotions. 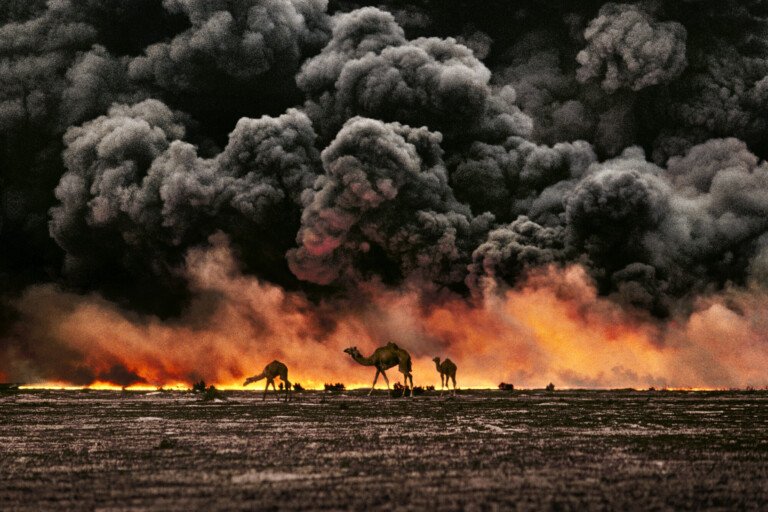 The Exhibition at the MAAG Halle Zurich

The exhibition shows McCurry’s lifetime achievements and the audio guide which accompanies your visit is narrated by McCurry himself. The exhibition is one of the most extensive exhibitions of his work featuring 140 large format photos and it provides an extraordinary retrospective of his most famous images from his long career. The exhibition begins with a series of black and white photos taken by Steve McCurry between 1979 and 1980 during his first reportage in Afghanistan.

It then takes you on an extensive journey across the world of Steve McCurry. You travel with his images from Afghanistan to India, from South-East Asia to Africa, from Cuba to the United States and from Brazil to Italy. Each one telling a story, and so rich and full of emotion. 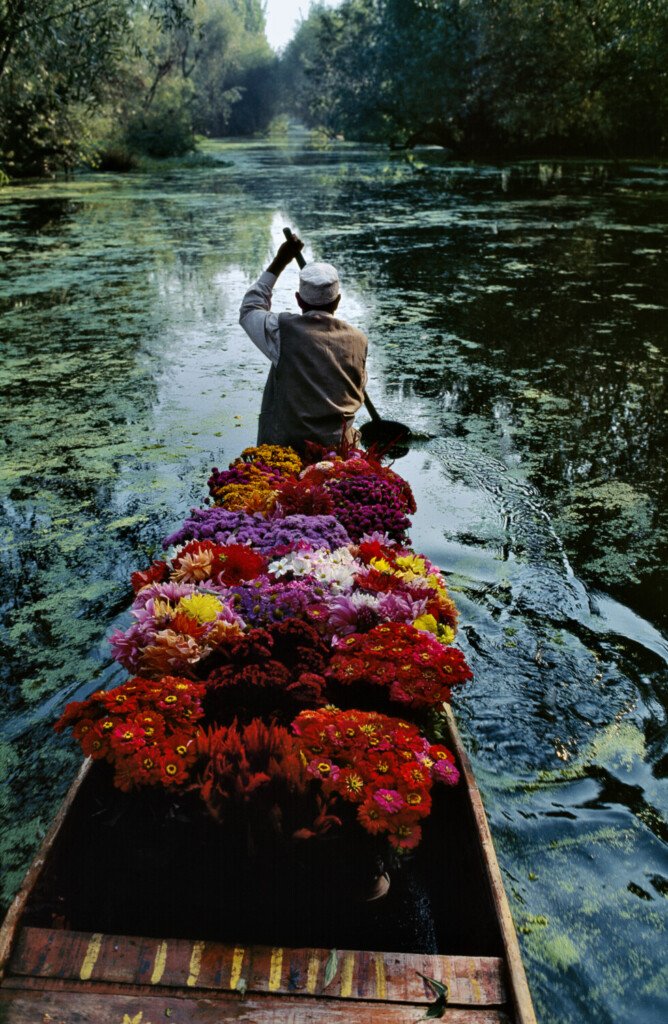 It was on a later visit in 1984 to the Peshawar refugee camp in Pakistan, when he shot his iconic photograph of the Afghan girl with the emerald eyes. This legendary portrait went around the world. The photo is exhibited along with one he shot 17 years later, when he tracked down the same young woman,  Sharbat Gula, after a long search. 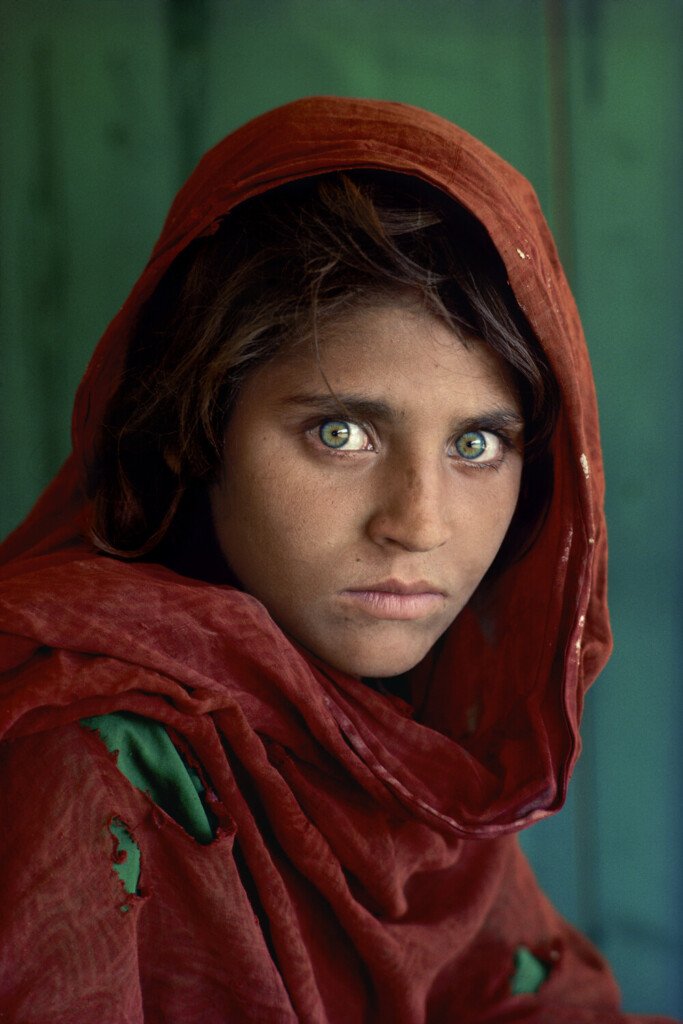 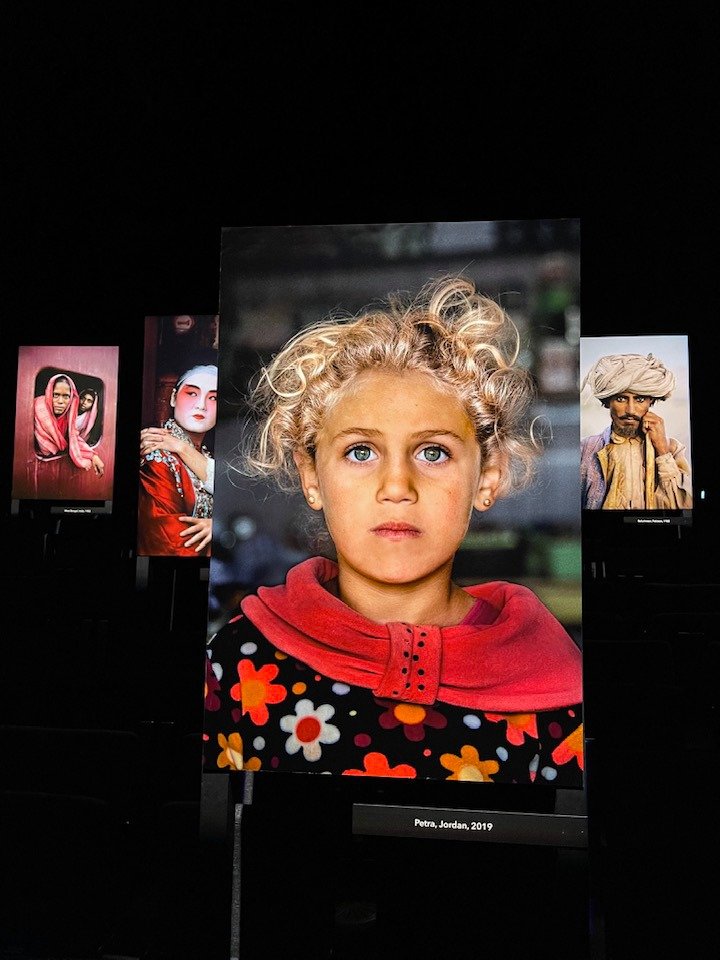 The exhibition is taking place at the MAAG Halle Zurich and as well as the audio guide (in a choice of languages) to accompany you as you look at the pictures, there are also a couple of videos to watch. In the videos Steve McCurry explains how he became a photographer and he reflects over a life spent in photography. 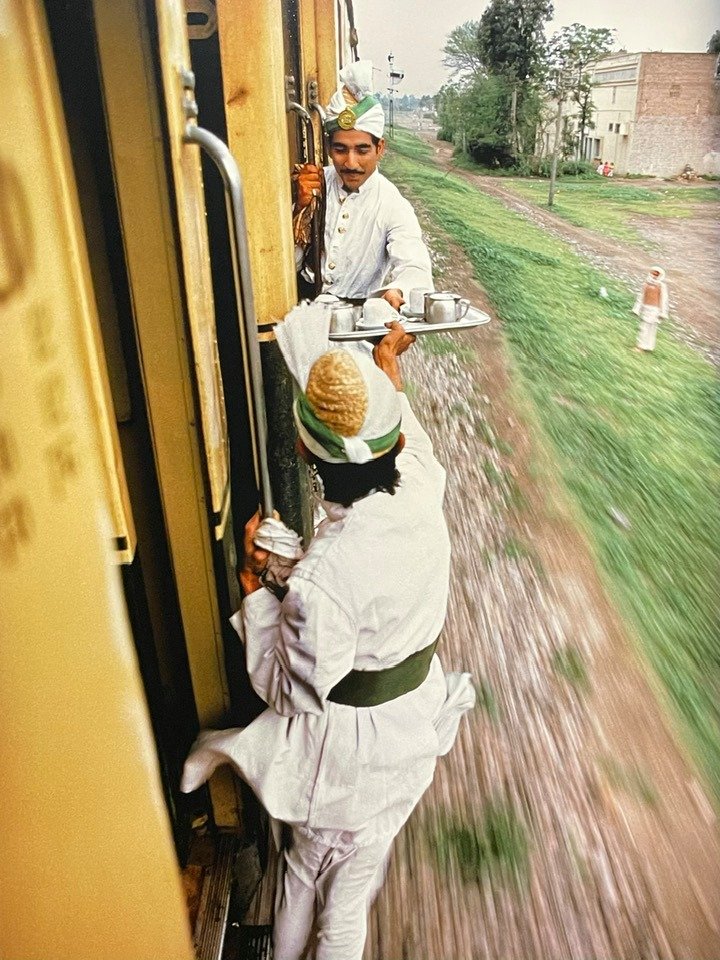 Here are a few impressions from the exhibition. Or you can watch our short video here. 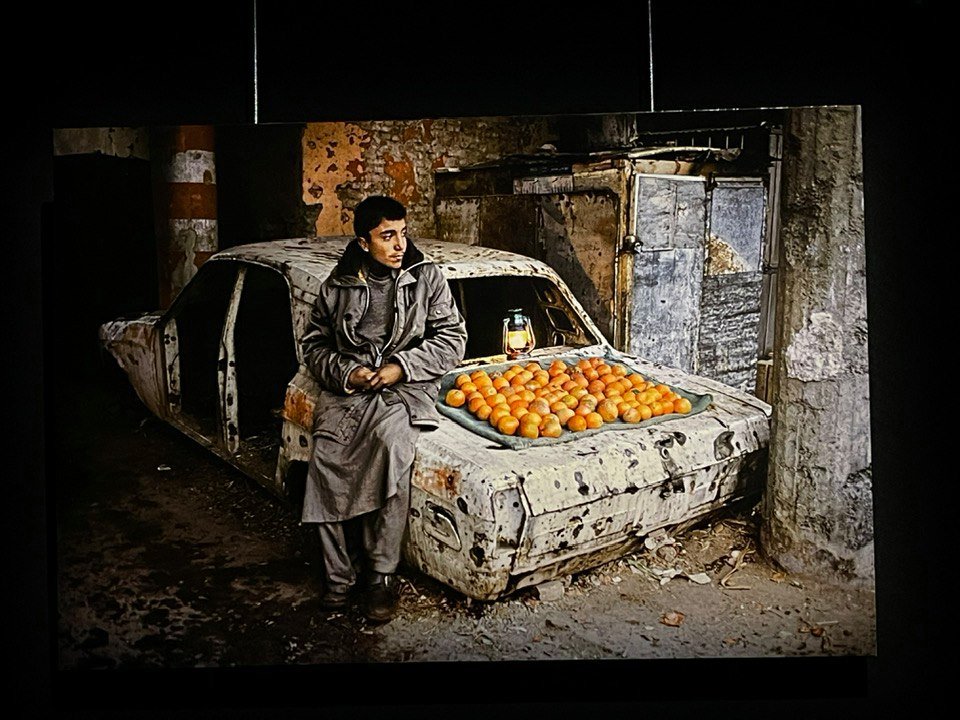 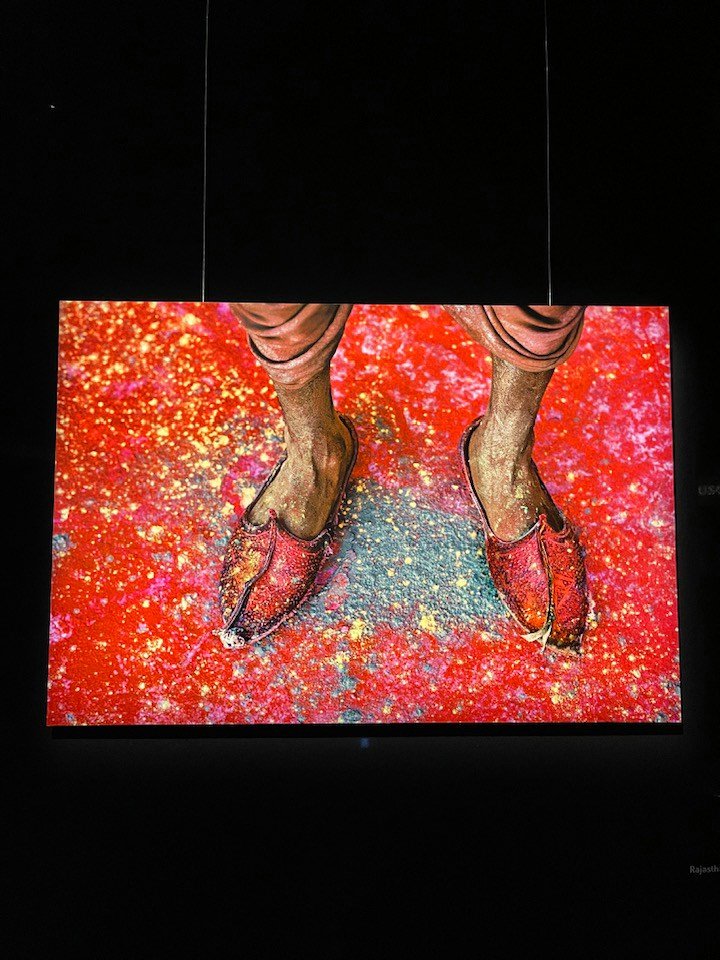 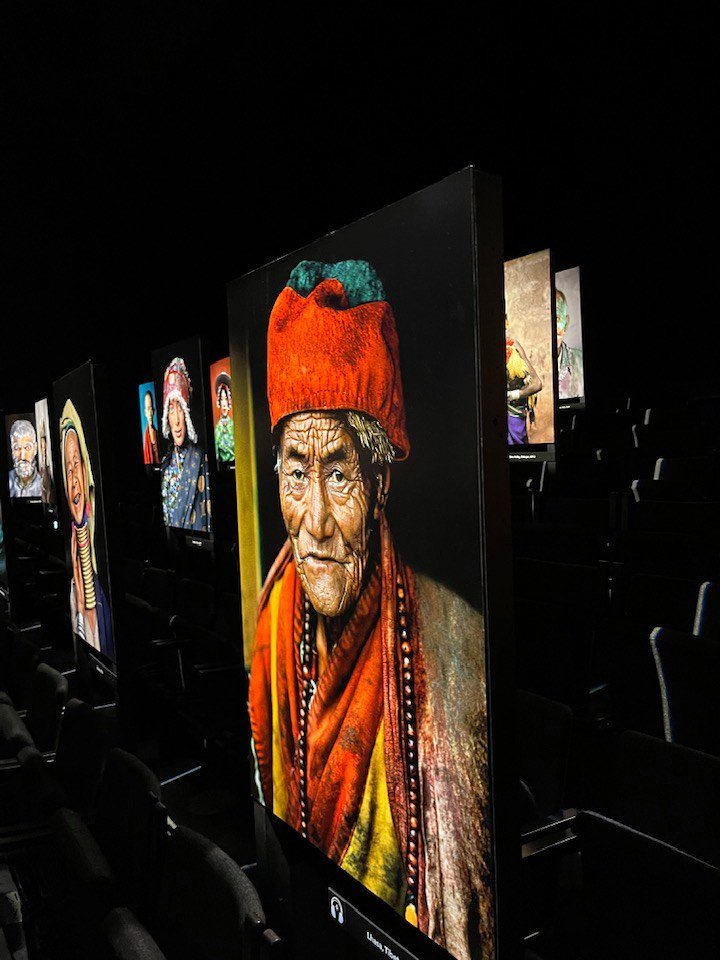 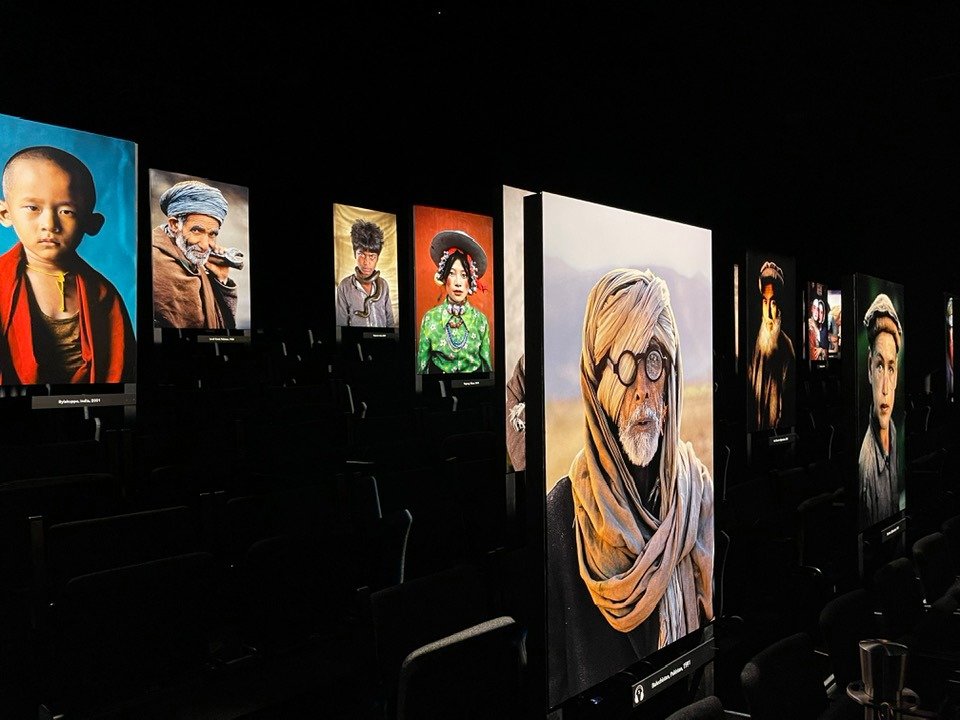 The photographs cover a huge range of countries and diverse subjects and I really enjoyed my visit. Tip: there is so much to see that you need to allow at lest an hour and a half if you want to see everything.

Steve McCurry was born in a suburb of Philadelphia, Pennsylvania, and after studying film at Pennsylvania State University, he began working for a local newspaper. McCurry made many trips to India and it was in Pakistan that he met a group of refugees from Afghanistan, who smuggled him into their country, as the Russian Invasion began closing the country to all western journalists. McCurry went on to bring to the world the first images of the conflict in Afghanistan, and the human face of the reality.

McCurry has earned some of the most prestigious awards in the photographic industry, including the Robert Capa Gold Medal, National Press Photographers Award, as well as an unprecedented four first prize awards from the World Press Photo contest. The Minister of French Culture appointed McCurry a “Knight of the Order of Arts and Letters” and the Royal Photographic Society in London have awarded him the “Centenary Medal for Lifetime Achievement”.

See a short video of the exhibition here:

Tickets can always be booked for admission on the half and full hour. The visiting time of the exhibition is unlimited.

Prices in CHF including audio guide:

As always, please DO NOT buy tickets from ViaGoGo!

Have a Fun Time at the WOW Museum Zurich

FORFITSAKE: The Expat-Friendly Fitness Hub on a Mission to Change the World