A Wine Trip From Hotel Schweizerhof To Landolt Vineyards in Zurich 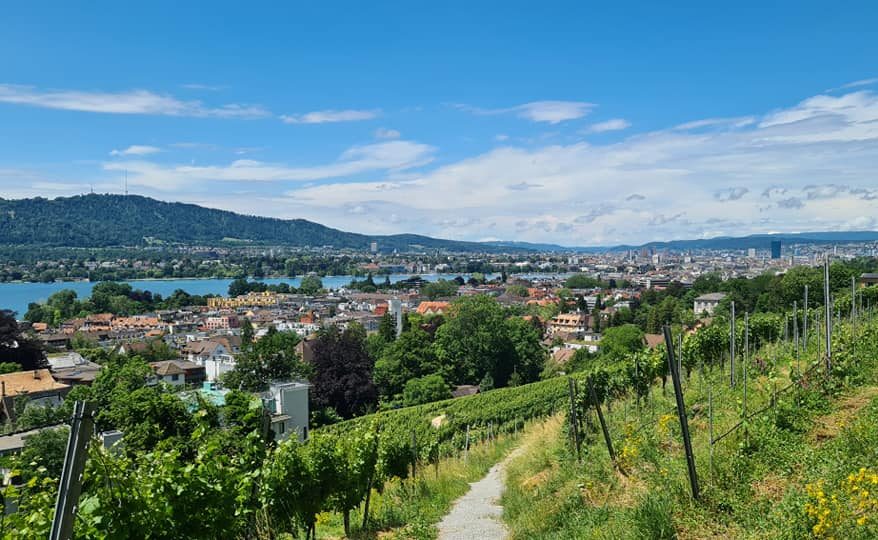 A Trip From Hotel Schweizerhof To Landolt Vineyards in Zurich 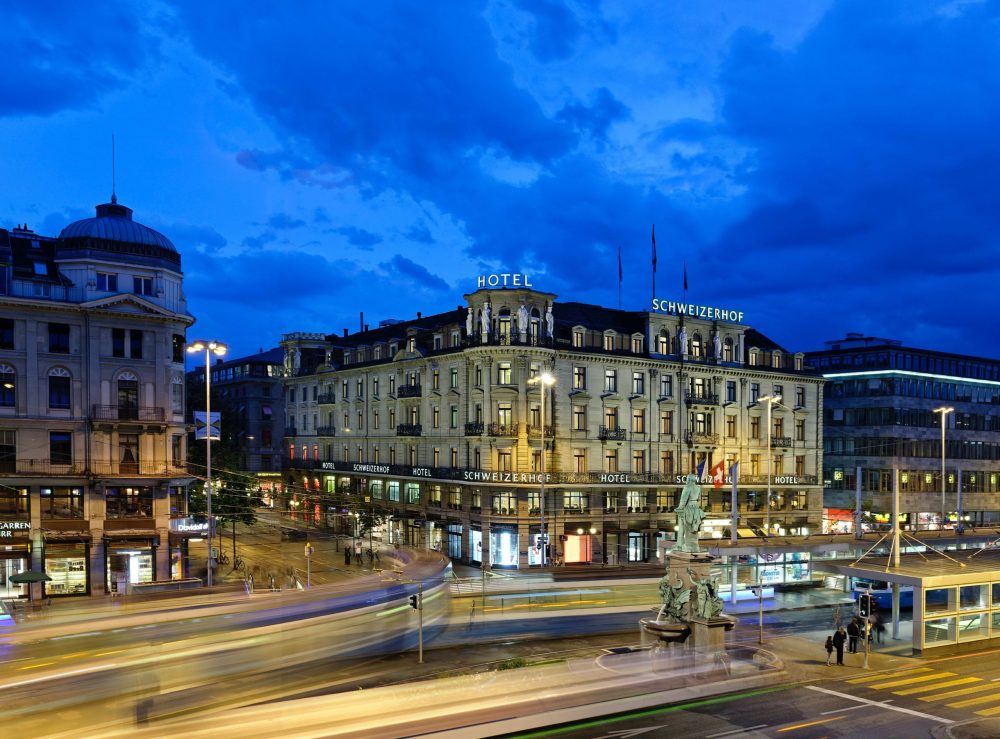 The other day we went on a trip from Hotel Schweizerhof in Zurich to visit the Landolt Vineyards which are located on the Sonnenberg near Hottingen, on the hillside high above Tiefenbrunnen. It’s one of the trips which is offered to guests of the hotel and it is a wonderful excursion to a lesser known part of the city. 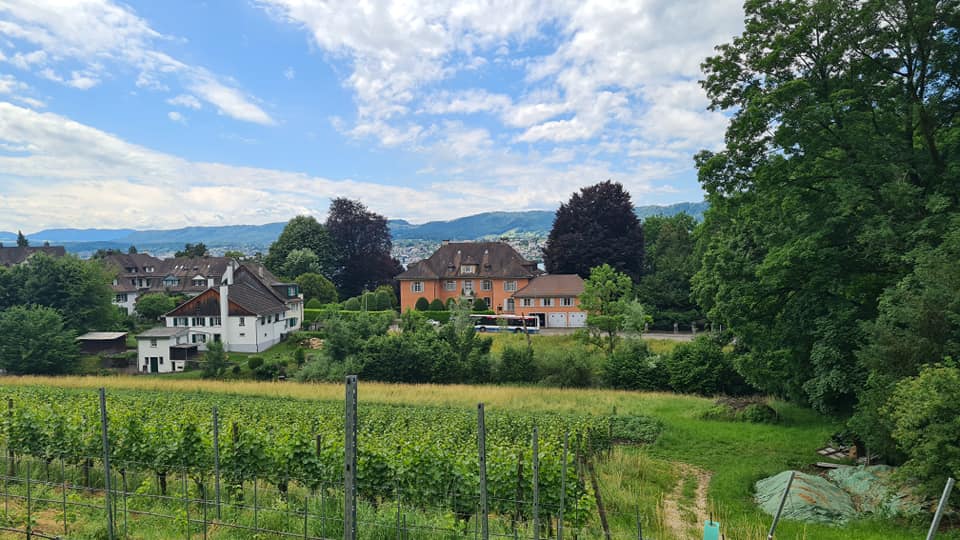 Before setting off we met at the bar of the very historic and impressive hotel with the hotel’s General Manager, Andreas Stockli. After having a light refreshment he gave us a quick guided tour of the building. We visited one of the hotel suites (the Dufour suite) on the 5th floor. 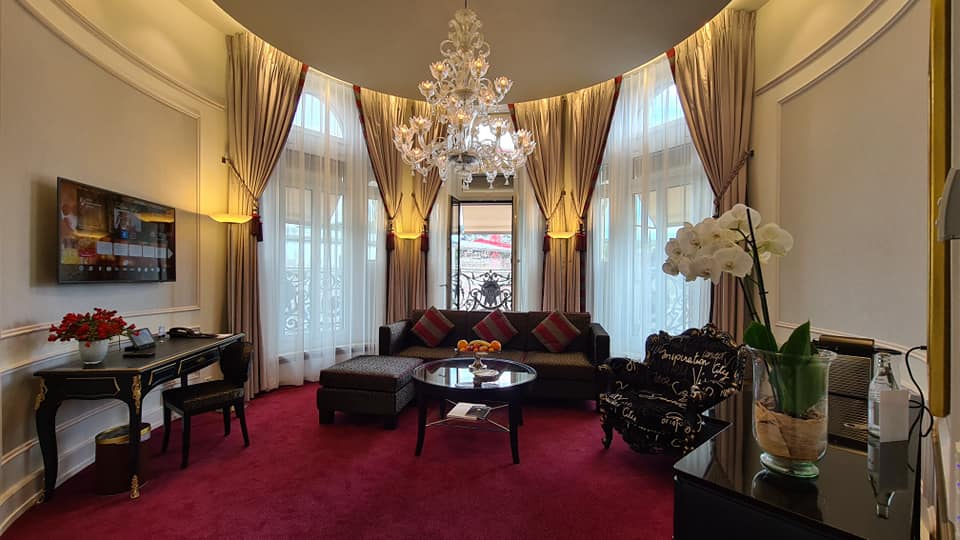 Decorated with chandeliers, fresh flower arrangements with many original features, the rooms had all been recently decorated. 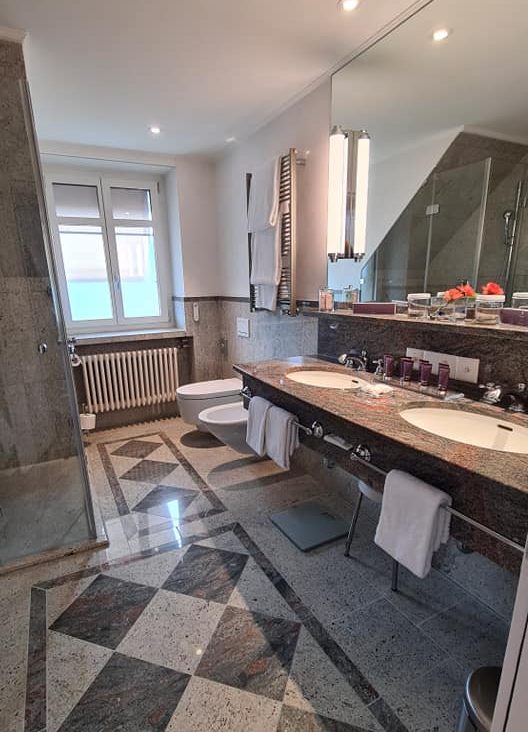 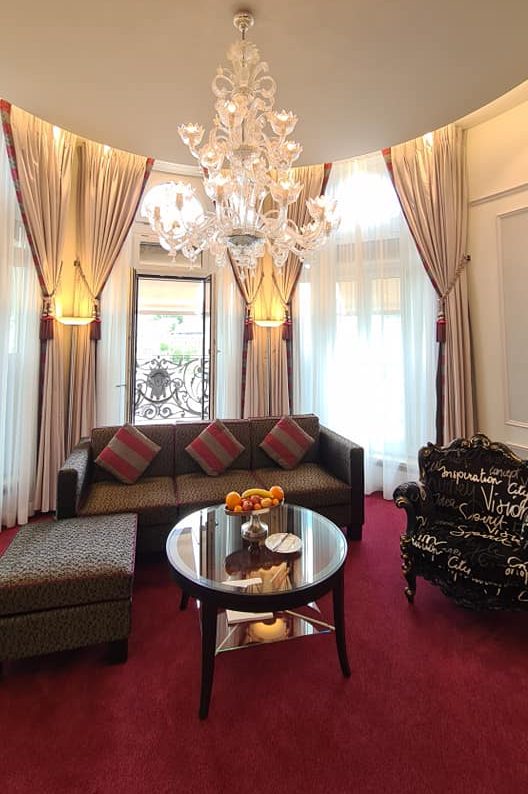 I was really impressed by the stunning views towards Zurich Hauptbahnhof and Bahnhofstrasse. You’re so close to the centre of Zurich you almost feel as if you can touch the station! 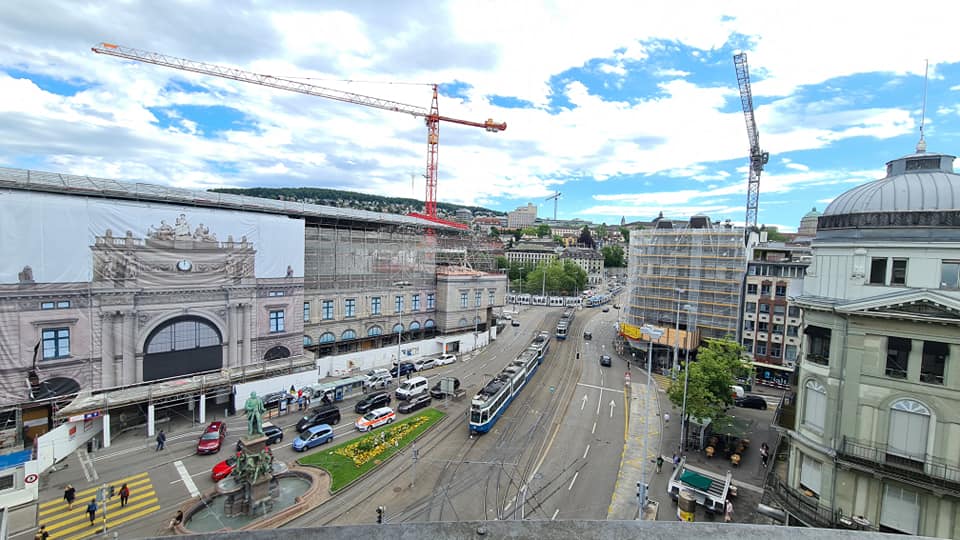 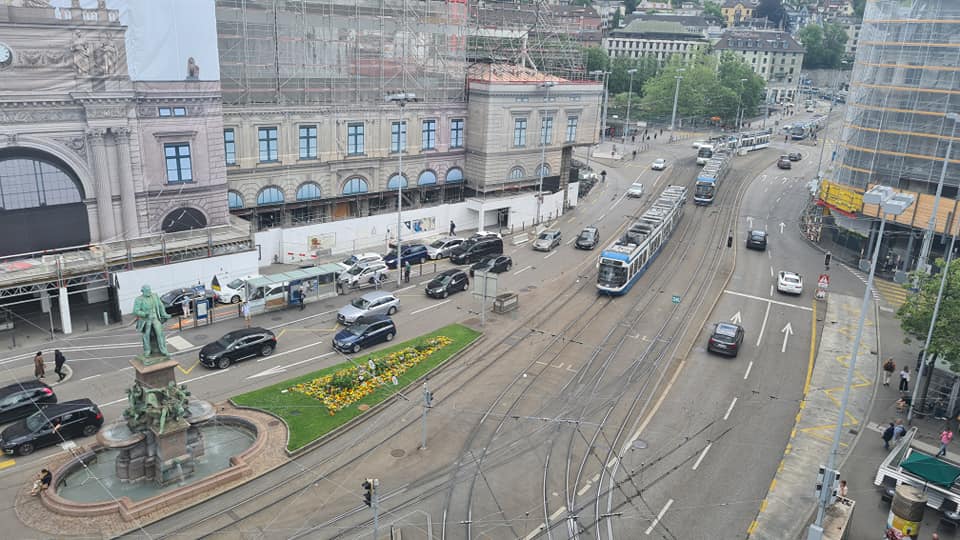 Next we went by minibus the short journey to the Landolt Vineyards where we going to sample some of the Landolt wines and have lunch. 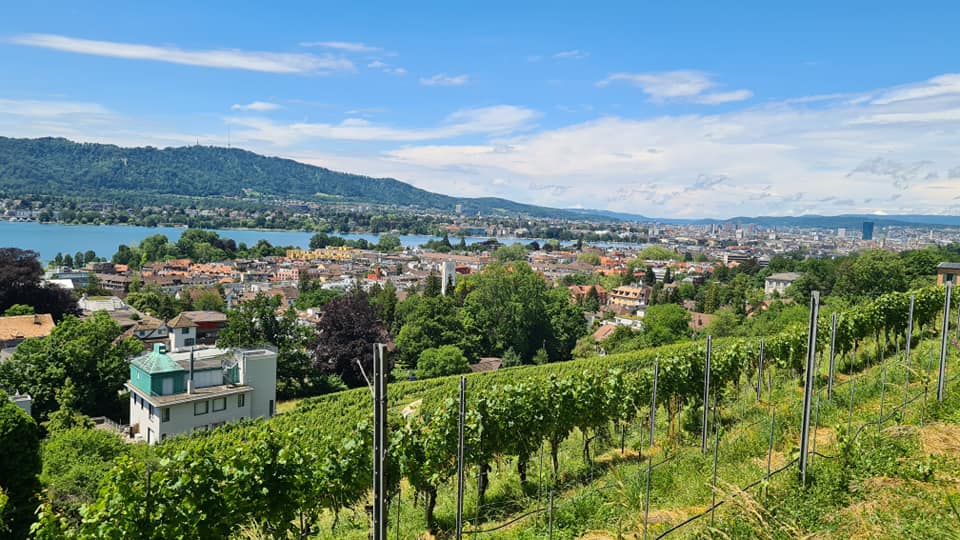 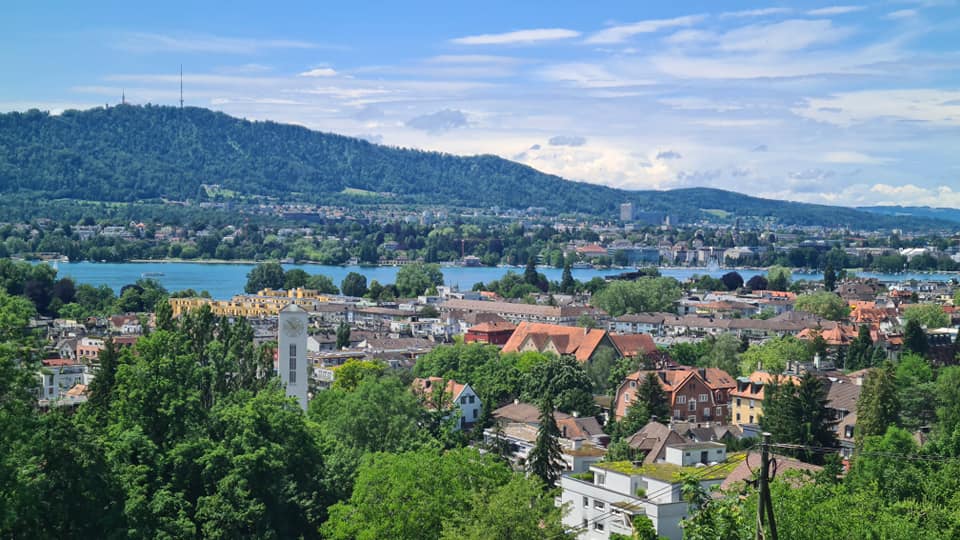 After exploring the vineyard and getting to know more about the wines which are grown in this beautiful location above the city, it was time to sample! 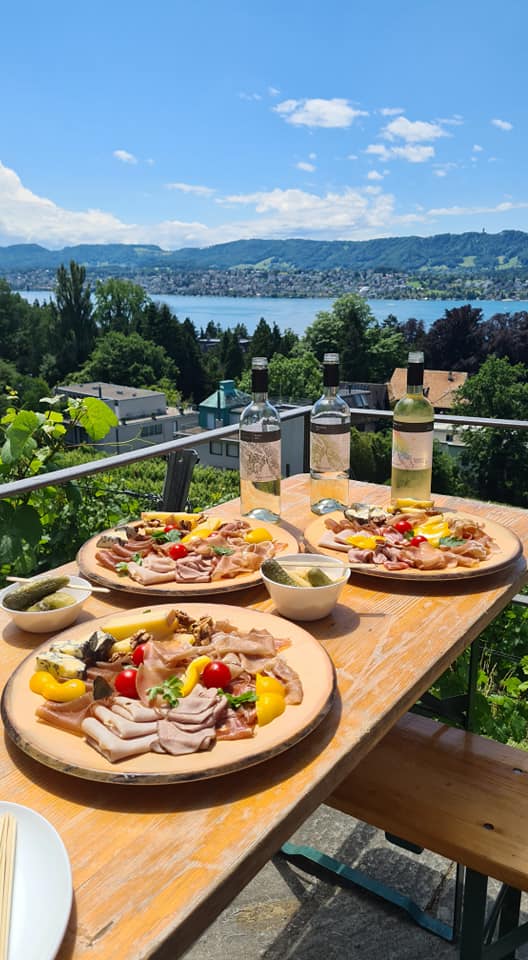 The wines were accompanied by a beautiful spread consisting of a delicious selection of fresh local meats and cheeses and fruits in the small cabin with breathtaking views over the city and the lake. 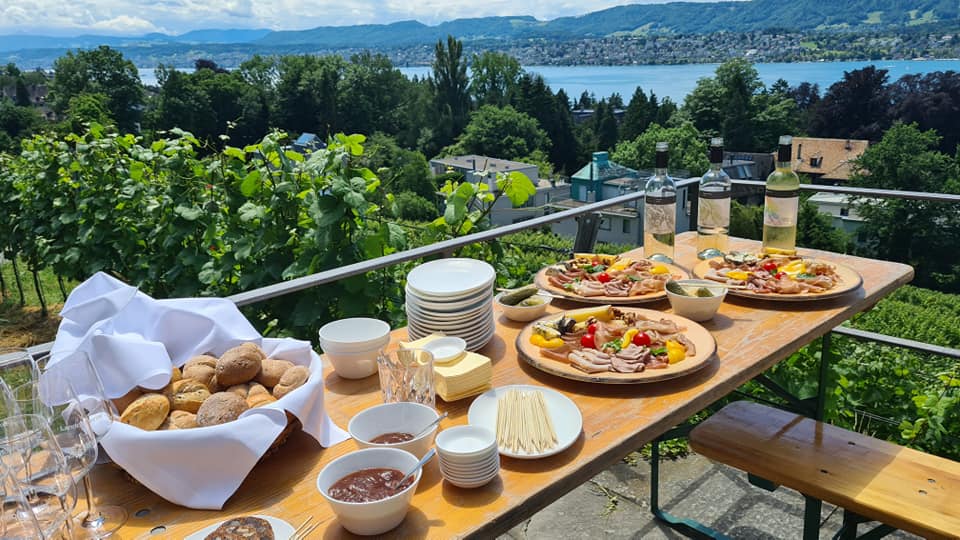 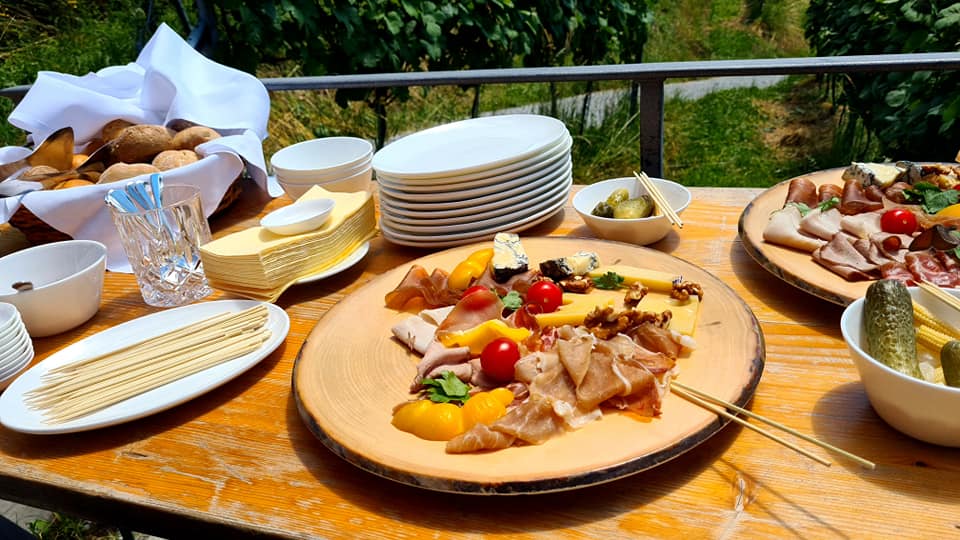 Marc Landolt, who took over the wine business from his father and uncle presented three different wines: G’mischter Satz, Kerner, and Rauschling. 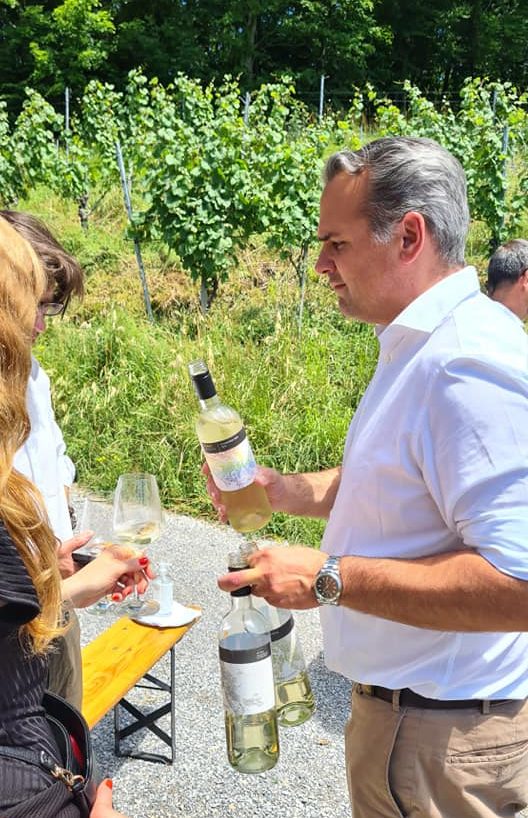 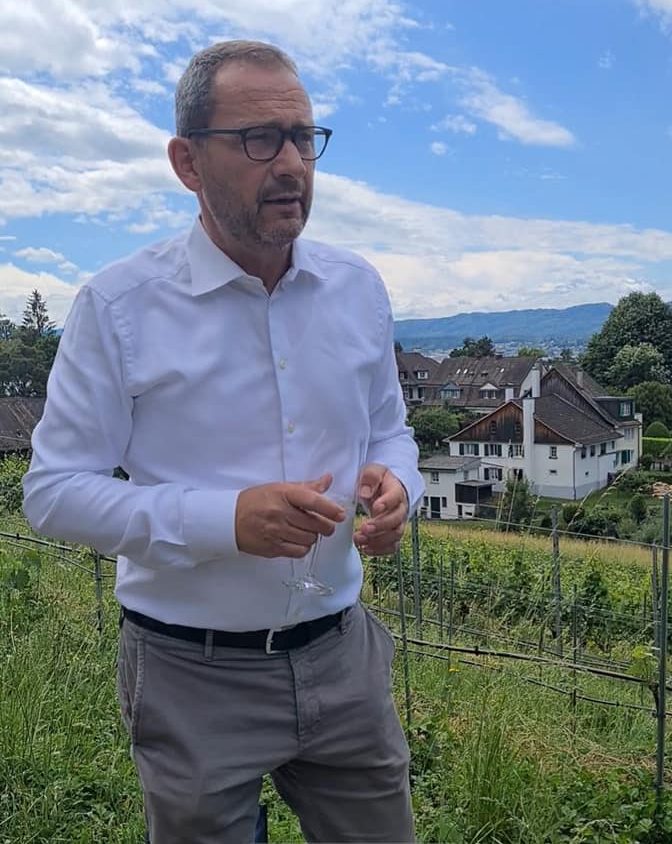 This year Marc Landolt will celebrate his 30th anniversary in the company on 1st September 2021. Marc also spoke about the history of the vineyard, the wine tastings and private events that can be organized at the little house in the midst of the vines. 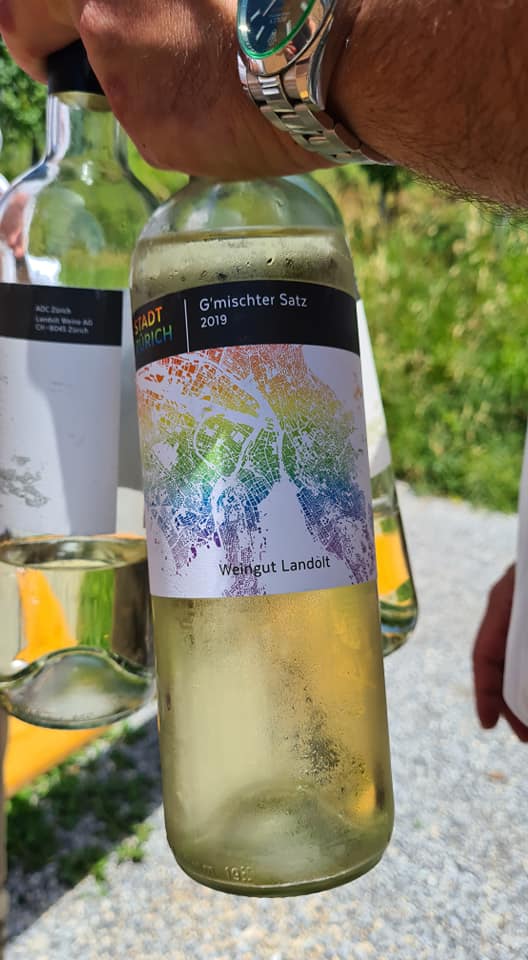 Later we tasted two more red wines, Pinot Noir and Merlot. One of them was 1834 Merlot Zweigelt – voted Zurich city best wine (92 points) by Falstaff magazine. It was such a fun excursion and something that you wouldn’t think possible in a city known more for banking and insurance than for its wine, (which still remains a bit of a hidden treasure)!

The Hotel Schweizerhof arranges many events for its guests, not just excursions, but also live bands playing in the hotel bar. Of course, if you live in Zurich already you might prefer to enjoy this trip as part of a “Staycation” right in the centre of town. Whay not contact the hotel to find out more? 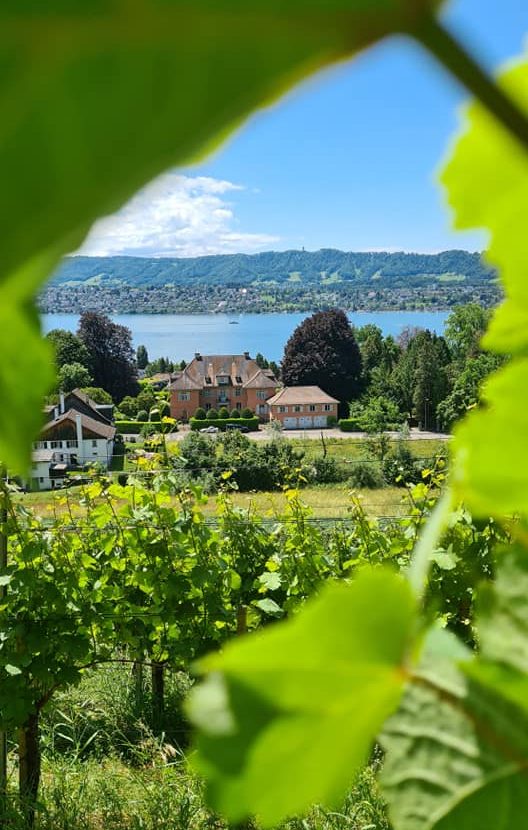