If you’re interested in cycling you were probably following the Tour de Suisse as it began in Küsnacht just outside Zurich. The race took place in extremely hot and sunny conditions and photographer Geoff Pegler was there to capture the action! 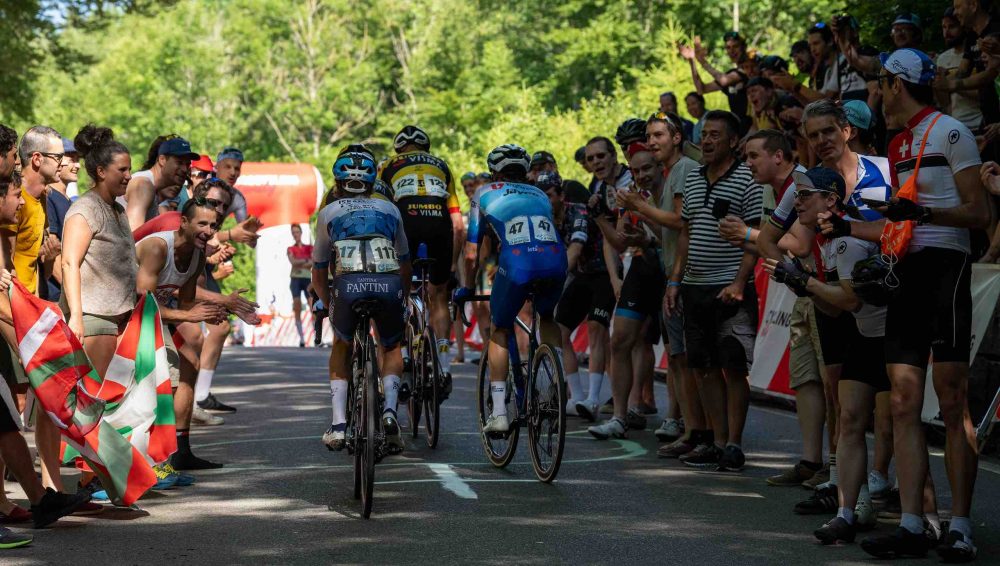 Like the Tour de France bike race, the Tour de Suisse consists of a number of “stages”. This first “stage” which began in Küsnacht was won, not by a Swiss rider as you might expect, but by a Brit! 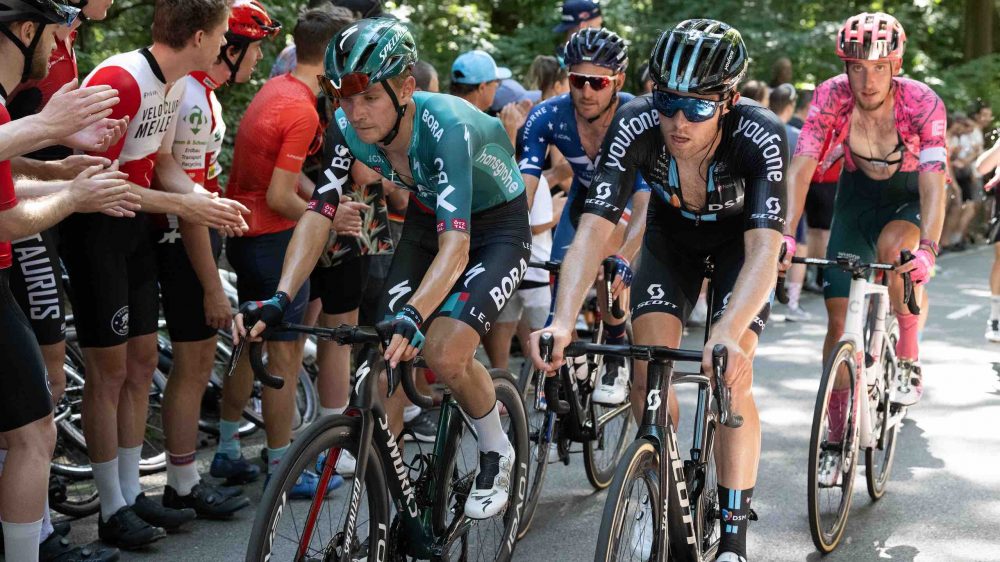 Yes, British rider Stephen Williams of Team Bahrain Victorious won the fantastic Tour opener overpowering all the favourites in the sprint of the 15-strong leading group. The Swiss were simply unable to catch up! 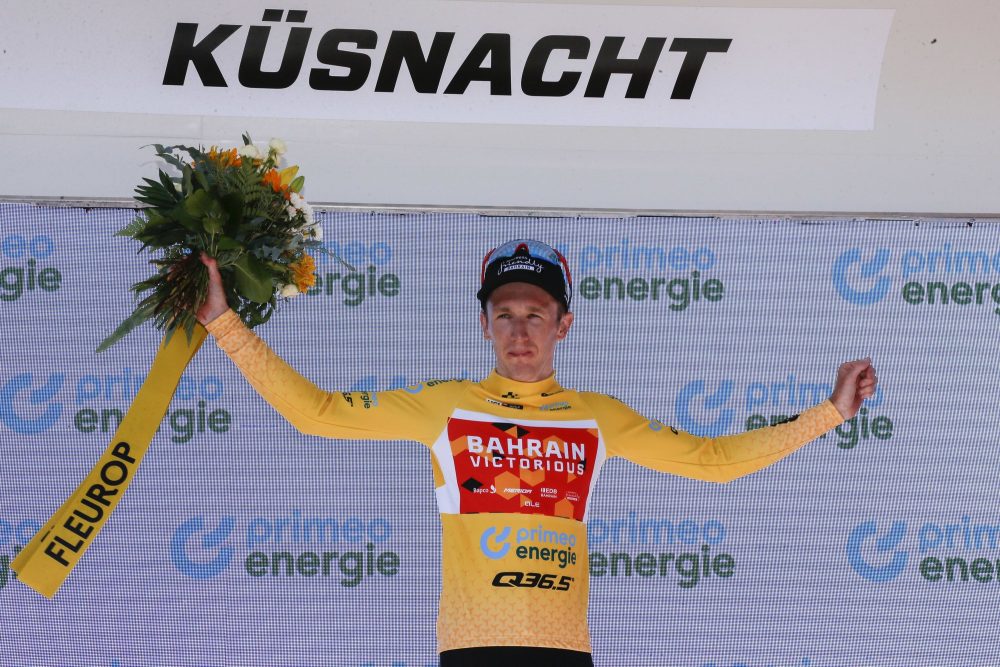 Afterwards Stephen Williams proclaimed “I’m just as surprised as everyone else”. However, he did say that he always believed he was in with a chance to win the stage: “I knew I could stay with the group. At the end I was slightly trapped but managed to find a gap and sprint to victory.” 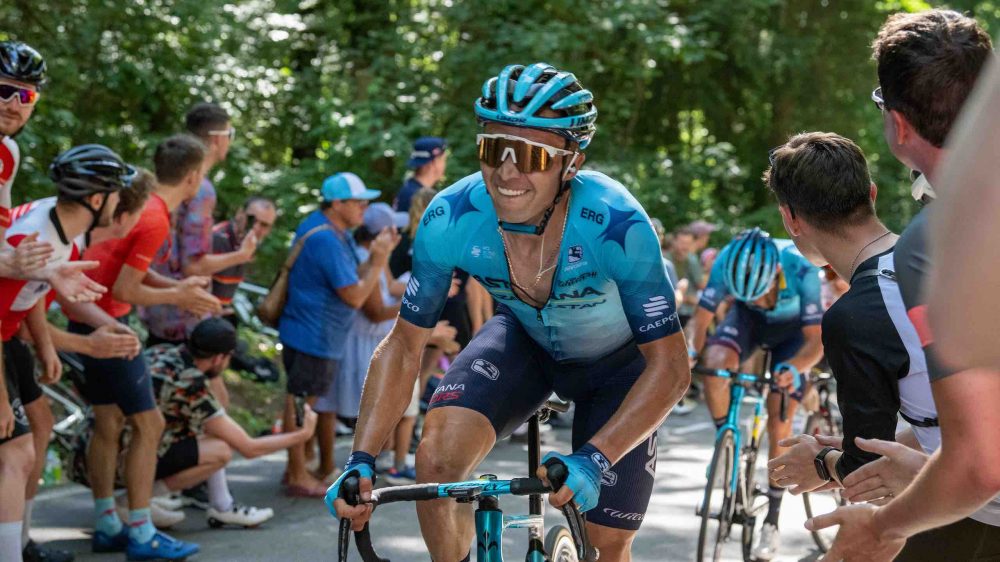 The Swiss were slow to perform on the first day of the Tour which made four circuits of Küsnacht. Hot favourite to win, Gino Mäder, was dropped on the last climb after losing 51 seconds. Marc Hirschi only made 4th place and Stefan Küng came in seventh. 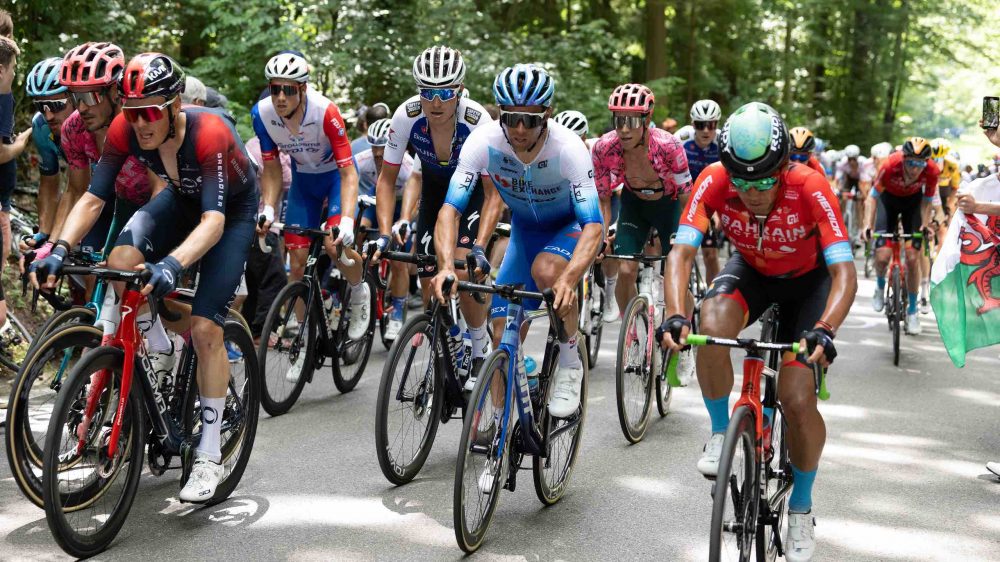 The race started according to plan. After a few kilometres, a seven-man leading group broke away. Among them were two Swiss riders, Simon Vitzthum (Swiss Cycling) and Johan Jacobs (Movistar Team). At best they led the peloton by four minutes but at the beginning of the last lap they were caught. On the final climb, the Küsnachter Berg, it became a battle between the mountain and classic specialists. The Belgian Remco Evenepoel attacked several times but could not break away. Eventually the 15-man leading group sprinted to the line with the British rider Stephen Williams victorious. 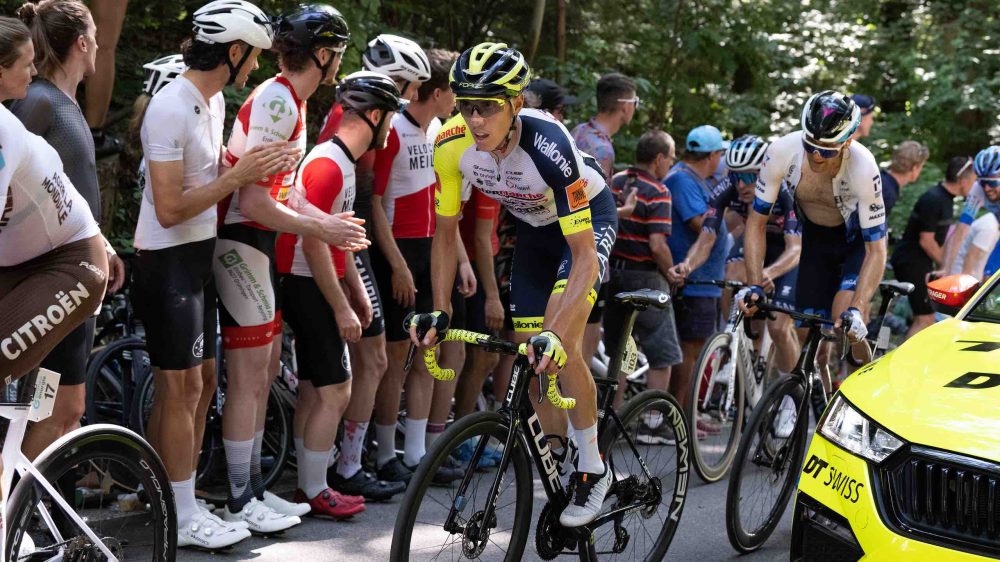 Stage 2 will go from Küsnacht ZH to Aesch in Basel via Kloten, Brugg, Liestal.  Swiss cyclist Silvan Dillier says that “The stage runs practically through my training ground,” – so he should have a real advantage with this hilly section!

The Stages of The Tour de Suisse are as follows:

With thanks to photographer Geoff Pegler for the photographs

A Wonderful TukTuk Tour by Taxibike to The Geneva Vineyards

What Is the Frauenstreik on 14th June in Switzerland?