What Is the Frauenstreik on 14th June in Switzerland?

What Is The Frauenstreik on 14th June in Switzerland ? 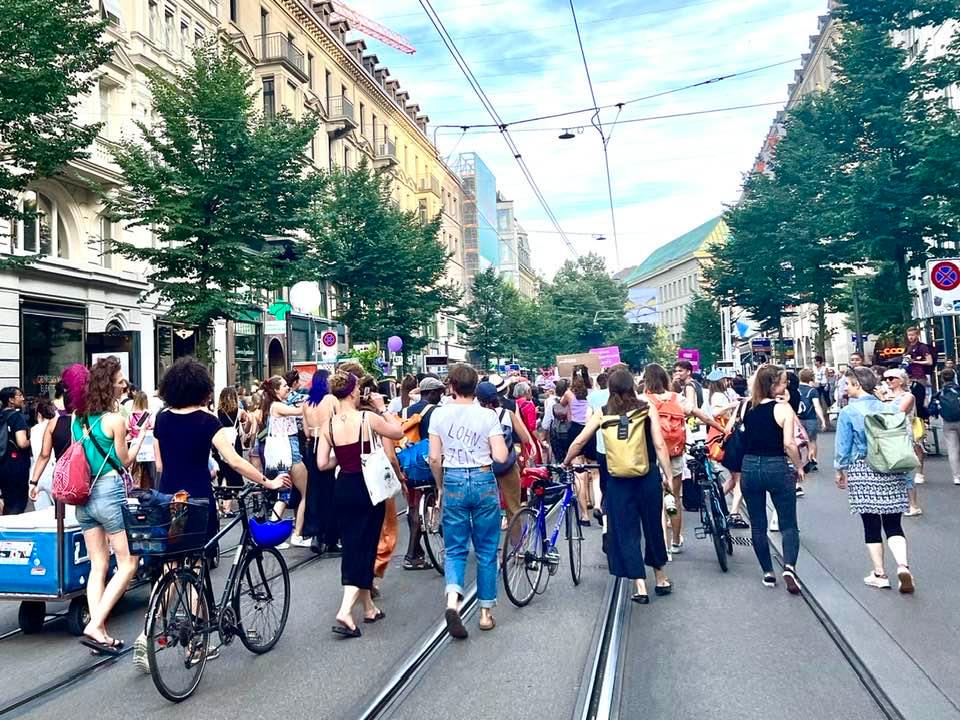 The Frauenstreik takes place every year on 14th June. The reason behind this, is that on 14th June 1991, Swiss women laid down their work to demonstrate the nation’s dependency on women’s work. This was the very first “Frauenstreik” or women’s strike. Today some women may “strike” on this day, but many prefer to highlight the situation by marching in the main cities of Switzerland to draw attention to gender inequality. You can see an Instagram Reel of the march in Zurich here.

Even today there is still a marked difference in earning power between men and women, not to mention in the distribution of childcare duties and responsibilities. In order to highlight the gender inequality that still exists between the sexes, the “Frauenstreik” women’s marches take place all across Switzerland on this day.

Another historical issue highlighting the gender disparity has been women’s right to vote in Switzerland. Depending on the Canton in which they lived, the majority of Swiss women only got the vote in 1971 and 1972, except for those living in Appenzell who had to wait until 1991! Thus it was only in April 1991 that all Swiss women could vote at both cantonal and federal levels.

Photos of The Frauenstreik Zurich 2022 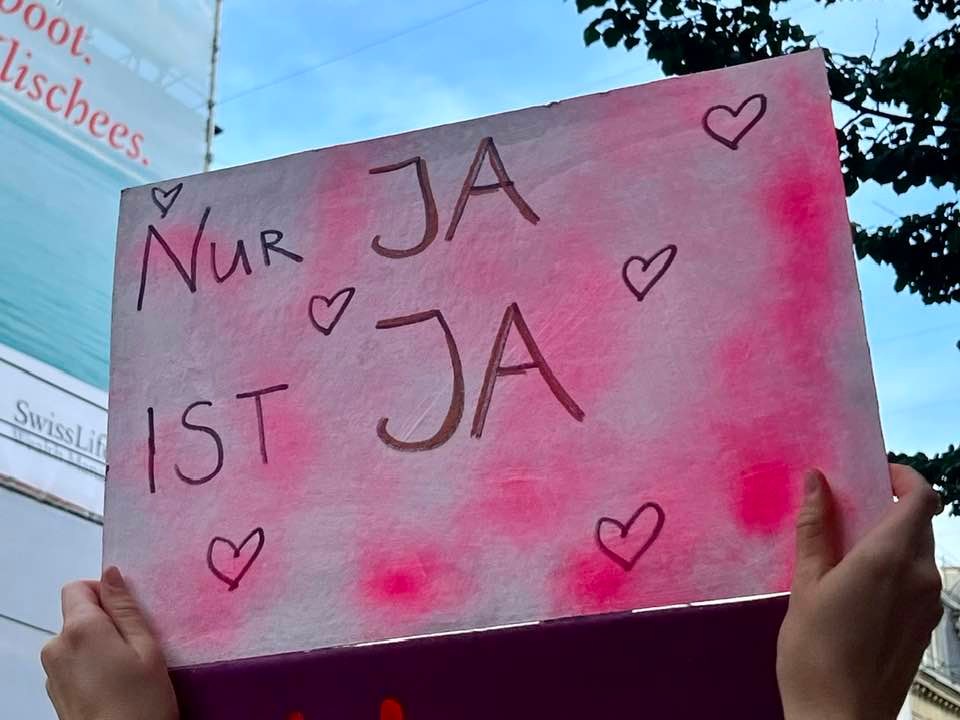 In 2020 and 2021 the Frauenstreik didn’t take place due to the pandemic. However, you can see some photos here of the last Franuenstreik in Zurich in 2019.

We have also captured some photos the 2022 Frauenstreik in case you missed it. You can also see an Instagram Reel of the march here. 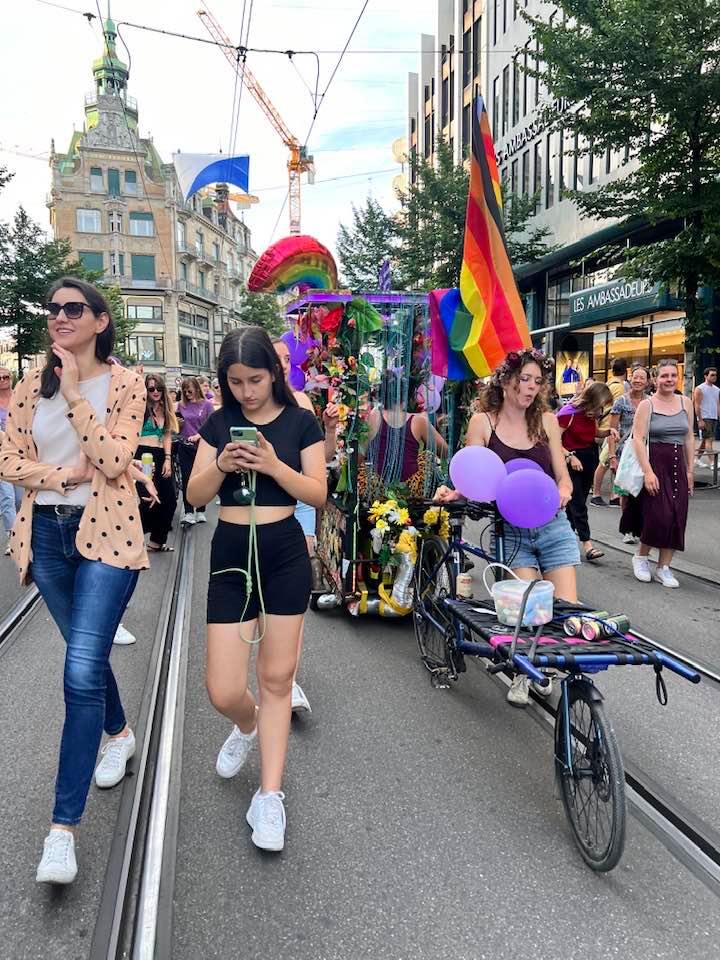 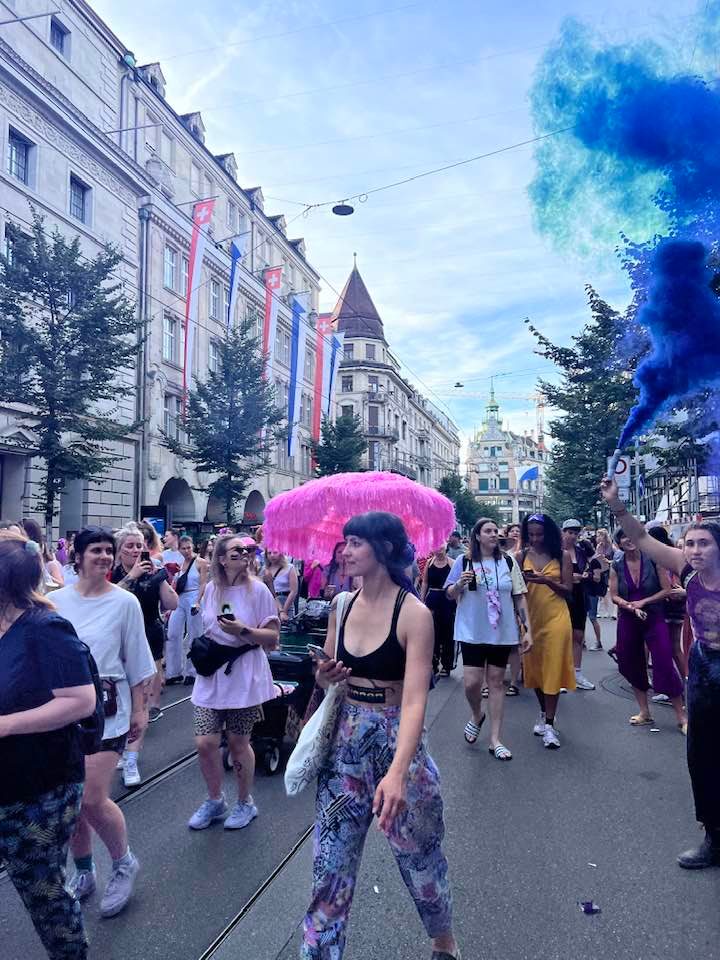 The 2022 Frauenstreik in Zurich took place in a peaceful and good humoured manner as the march went along the river Limmat, through the city and even down Bahnhofstrasse. Known as the “purple wave” due to the colour adopted by the Frauenstreik there people walking, skating, biking and pushing prams and strollers. There were banners, posters, music and speeches. It was a colourful affair with plenty of purple of course, quite a smattering of pink and rainbow colours too. June is Pride month and on Saturday 18th June the Zurich Pride Eventwill be taking place in Zurich. 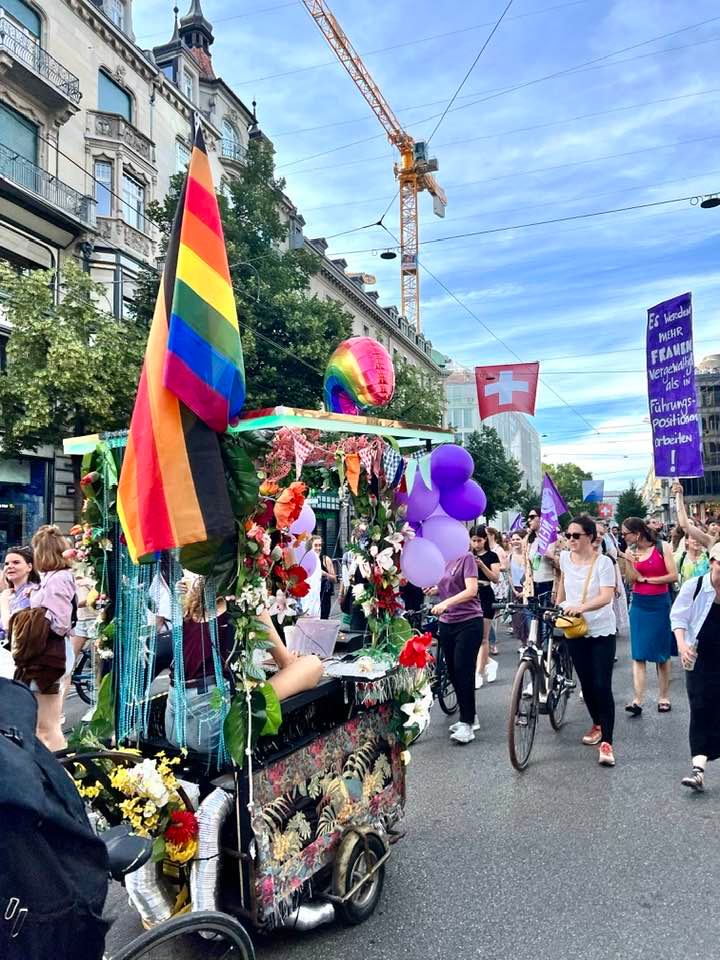 Women Still Fighting For Their Rights 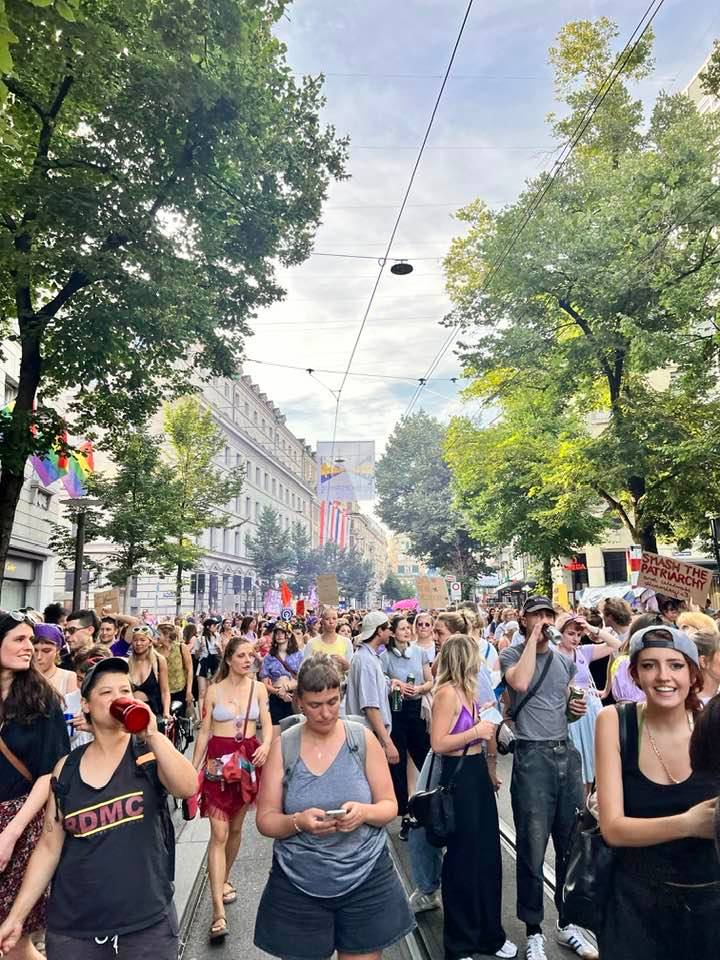 Sadly there has been little progress since the last Frauenstreik in 2019 and some say that the disparity in pay is even worse now than it was then. Other key issues women want to highlight include the need for improved childcare facilities, for more women in top jobs and in politics and addressing the individual taxation of married couples and the consent laws. Another hot topic is the proposed plan to increase the retirement age for women which angers many. 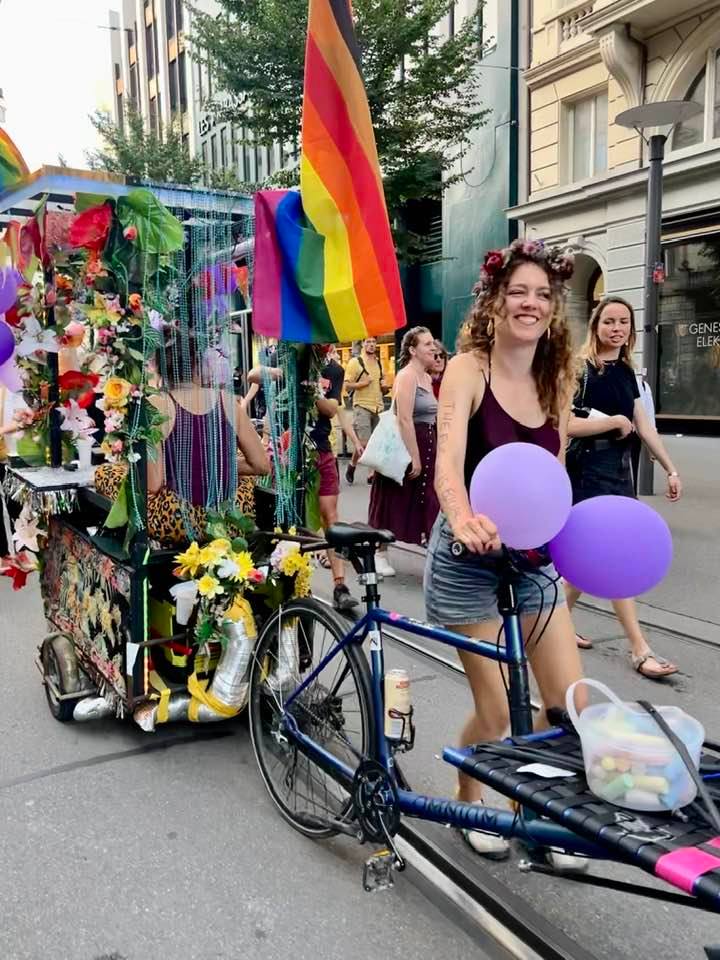 The Frauenstreik Takes Place All Across Switzerland

There were events in numerous cities across Switzerland, with most, but not all, starting around 6pm. Cities where there were demonstrations include Berne, Basel, Chur, Fribourg, Geneva, Lausanne, Lucerne, Winterthur, Zug and of course Zurich.

You can find out more about the Frauenstreik Switzerland initiatives here.