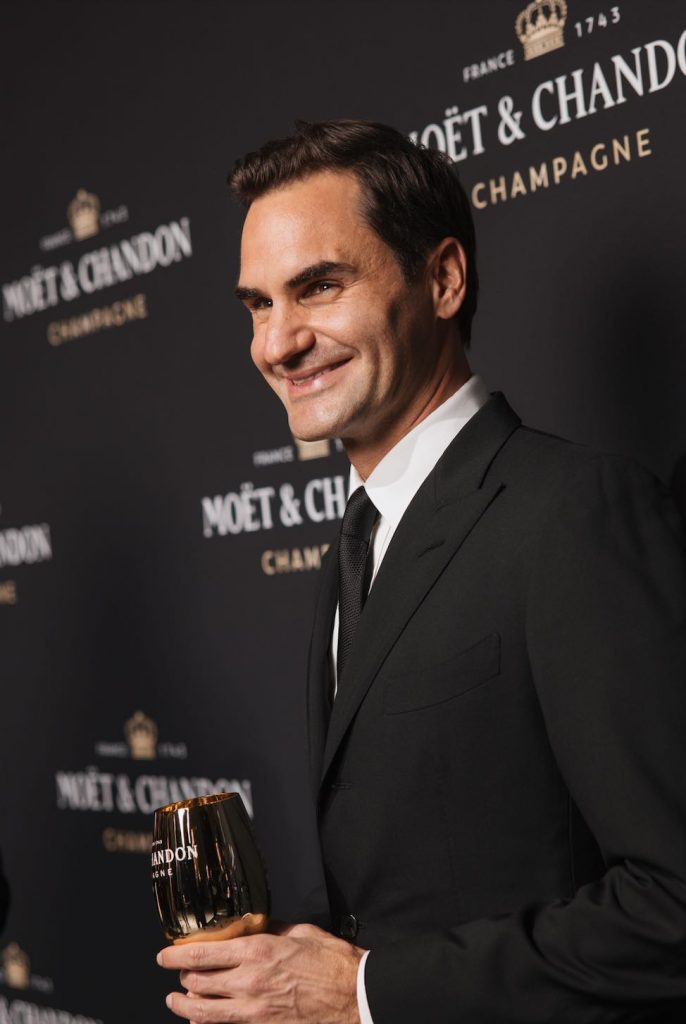 This year Moët & Chandon Effervescence held a number of Effervescence parties at over 20 iconic cities throughout the world including Berlin, Paris, New York and Zurich. I  was lucky enough to be invited to the one in Zurich which took place at the Kunsthaus in the run up to Christmas. Roger Federer was at the Effervescence in his role as Moët & Chandon brand ambassador, and significantly, to raise money for his charity, the Roger Federer Foundation. In addition his mother, Lynette, and Janine Handel, CEO of the foundation, were also present. Many Zurich personalities including film director Pierre Bonnard, Christa Rigozzi and Kristina Bazan also attended this sparkling event. 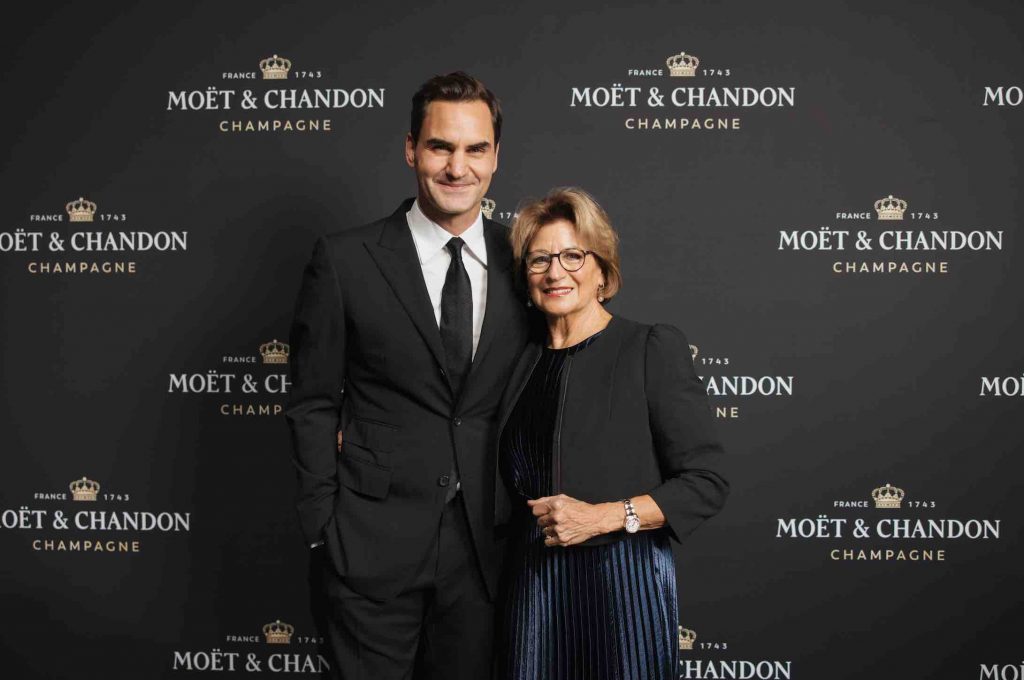 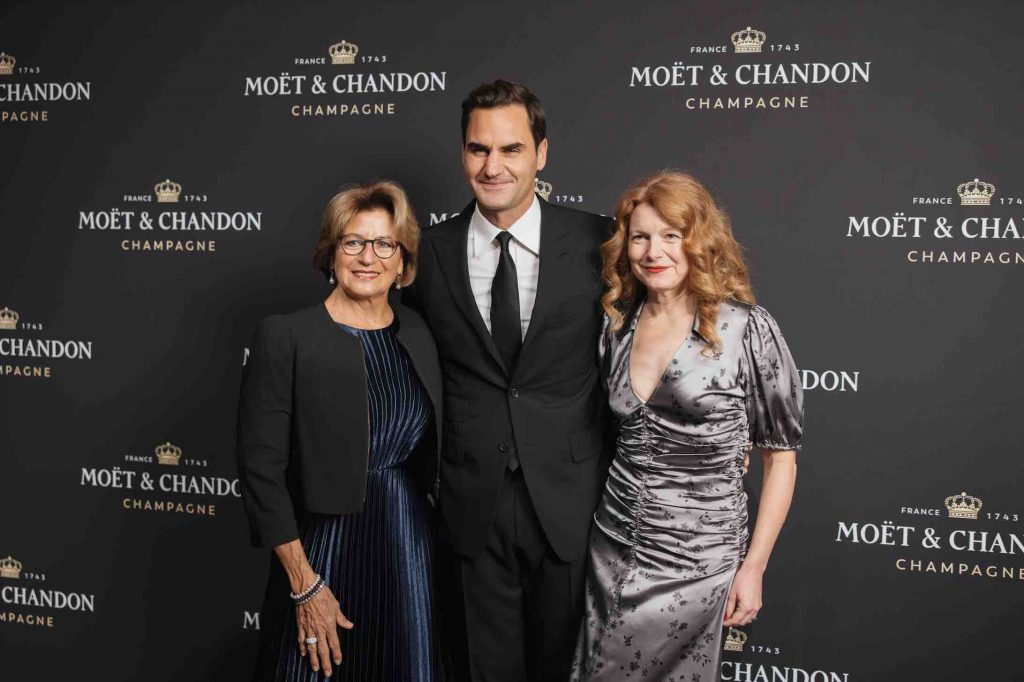 Moët & Chandon’s “Toast for a Cause”

In fact Moët ‘s “Toast for a Cause”,  its international charitable initiative, organised a silent auction during the course of the evening. 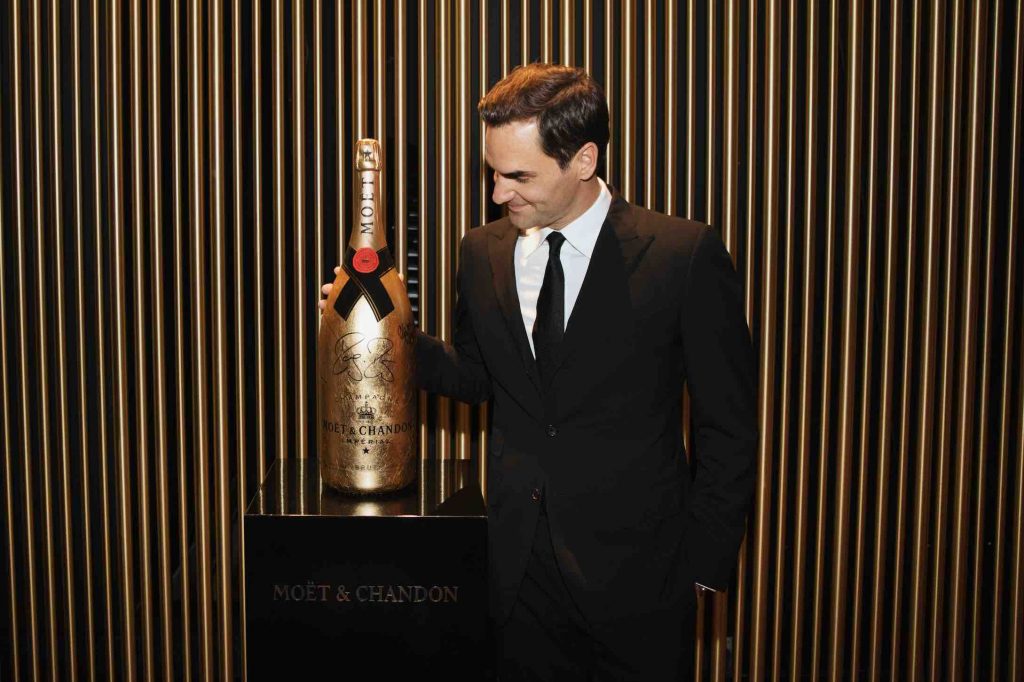 A golden Methuselah bottle of champagne was the prize and it had been signed by Roger Federer, as well as  actors Charlotte Gainsbourg and Rebel Wilson during the Zurich Film Festival. All the proceeds of this auction are being donated to the Roger Federer Foundation.

The new wing of the Kunsthaus had been transformed into a glamorous party area and the dining tables looked magnificent. During the Apéro, Roger Federer made a short speech and said “One day I would like my name to be known more for what the foundation has achieved than for my sporting titles”.

Afterwards there was a wonderful and amazingly delicious sit-down dinner. During the course of the evening we had performances from a variety of Swiss singers and performers including  such as DJ FIONA, Lea Lu, Baschi as well as Carlos Leal and DJ Morgan Mesple. 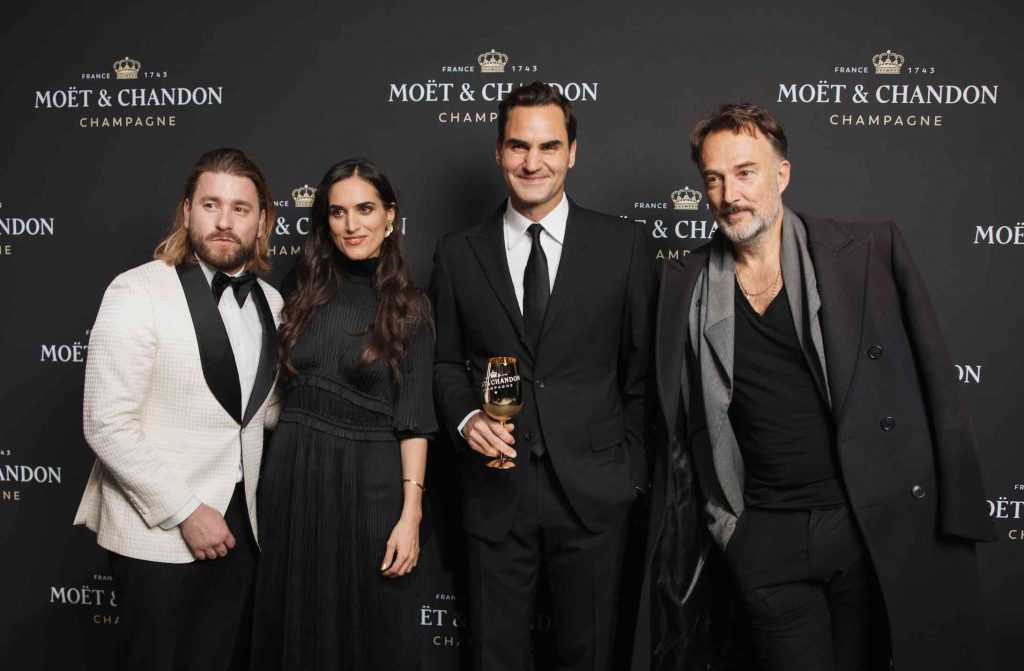 To rapturous applause Carlos Leal sang his first live performance since 2015, with a rousing interpretation of his aptly named latest song, “Champagne”. It was very apt as during the course of the evening we had the opportunity to taste the latest Moët & Chandon 2015 Vintage champagne which was excellent!

Zurich Art Museum was abuzz with life at the Effervescence party and the atmosphere was electric. This dazzling event was a great support for Roger Federer‘s foundation and one of the many philanthropic works that Maison Moët & Chandon is involved in supporting. 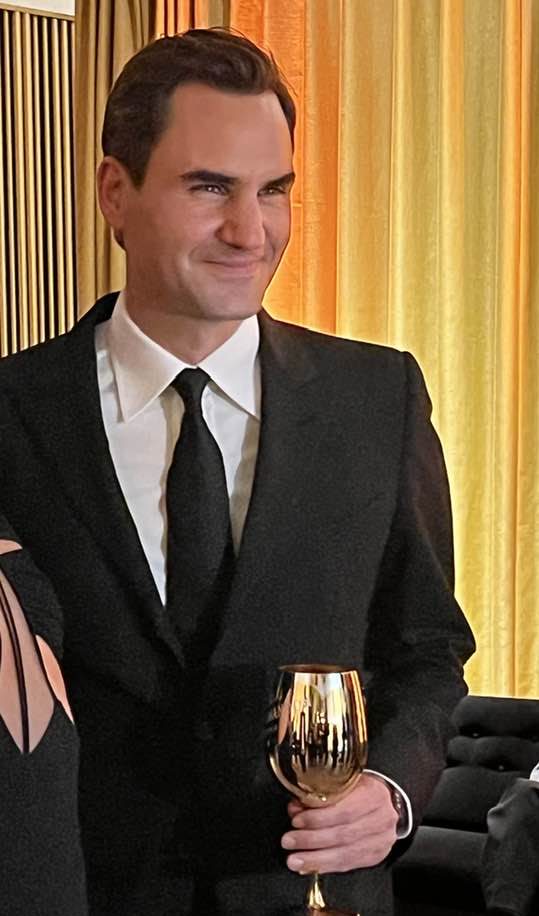 Instagram Reel Of Some of the Highlights of the Evening

See some of the moments from the evening in this short Instagram Reel:

You can find out more about Möet Chandon Champagnes here

You can find out more about the Roger Federer Foundation here

The New Winter Village at The Chedi Andermatt

8 Cool Cafes In Zurich Worth A Visit

What’s On In Zurich Beginning of January 2023

What’s On In Zurich Beginning of January 2023