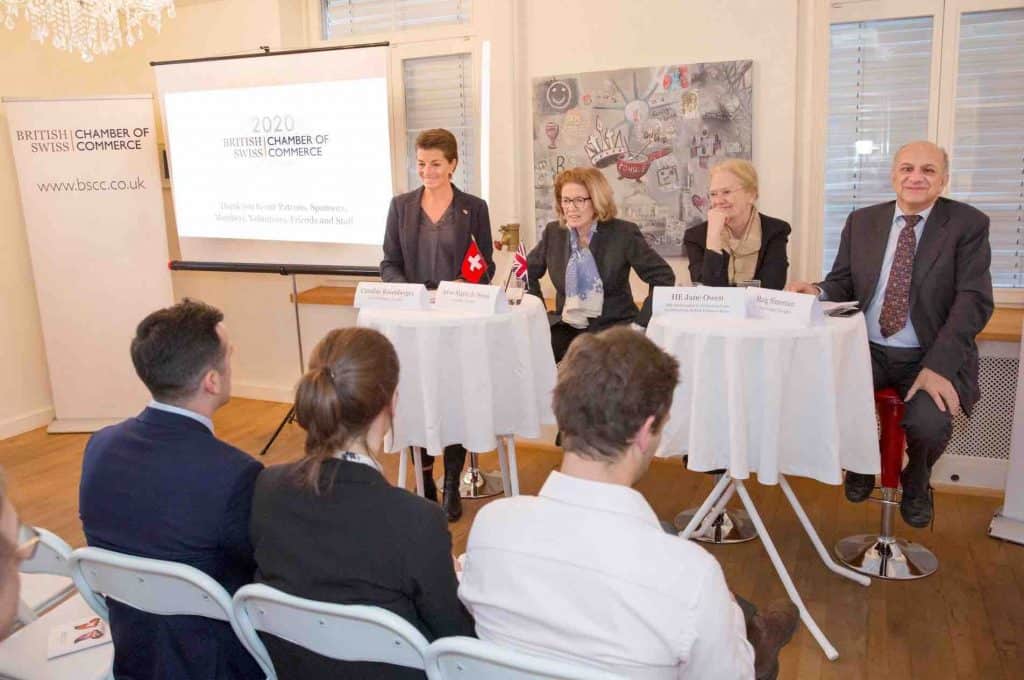 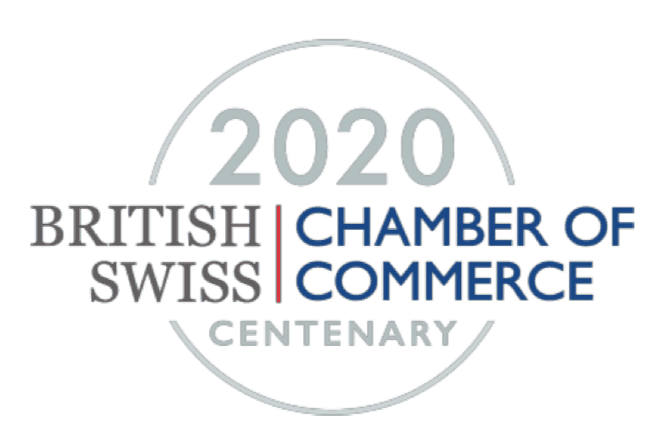 The British-Swiss Chamber of Commerce is celebrating its 100th Anniversary. It is in fact the largest British Chamber of Commerce in Europe with more than 500 members. Although it was originally founded in Basel in 1920, the head office is now in Zurich and it is made up of eight Chapters across Switzerland, Liechtenstein and London.

As a politically neutral and non-profit organisation it is supported by many of the biggest and most well known companies in Britain and Switzerland. It is a platform to stimulate bilateral trade and investment and the BSCC helps its members understand the significance of bilateral political and business developments. 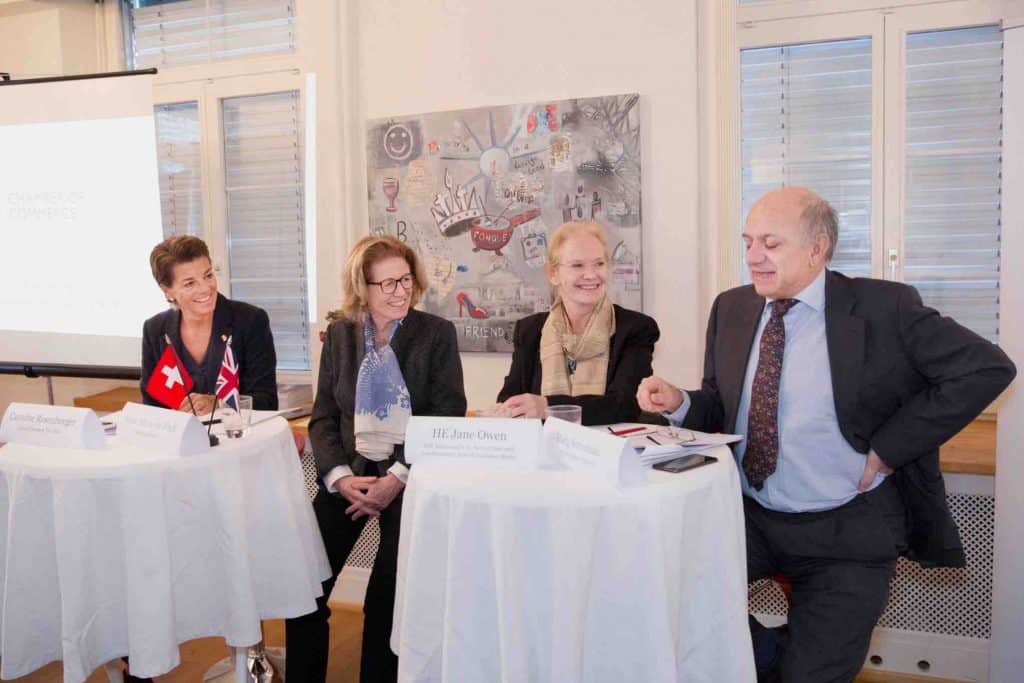 At a press conference in Zurich, British Ambassador to Switzerland, Jane Owen, commented on how relevant the BSCC is as “THE source of information for members about news and analysis on Anglo-Swiss trade”. Haig Simonian, BSCC vice president added that ‘The imminence of Brexit and its impact on Anglo-Swiss relations has made the BSCC more important than ever’. 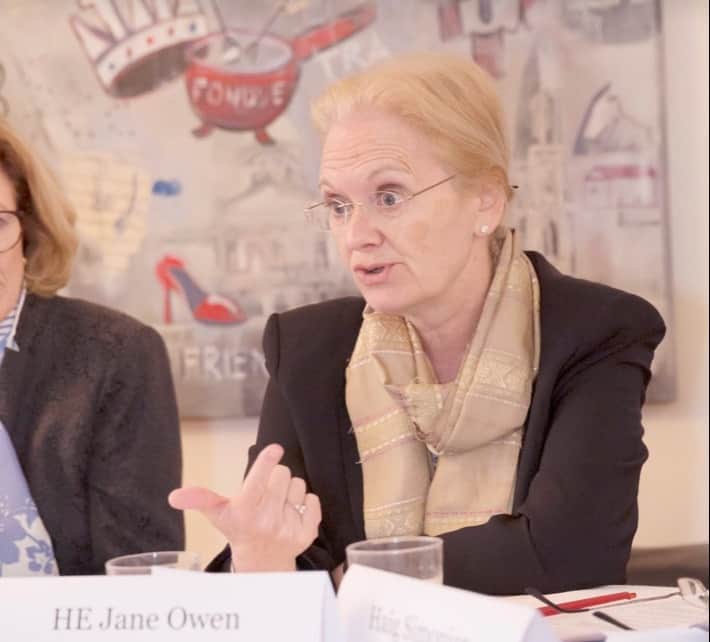 ‘The BSCC helps members understand the significance of bilateral political and business developments. The new bilateral agreement between Switzerland and the UK, coming into effect at the end of 2020 is particularly welcome, as it will underpin today’s CHF 38 billion bilateral trade relationship and prepare the ground for the future”.

Anne-Marie de Weck, the BSCC president, commented that the BSCC had outstanding Member Satisfaction with the latest survey revealing that 94 per cent of members were either very satisfied, or satisfied, with the organisation..

Caroline Rosenberger, BSCC General Manager added that ‘The BSCC is much more than just an event platform’, and that ‘The Chamber is above all a politically neutral think tank co-ordinating an international network’. 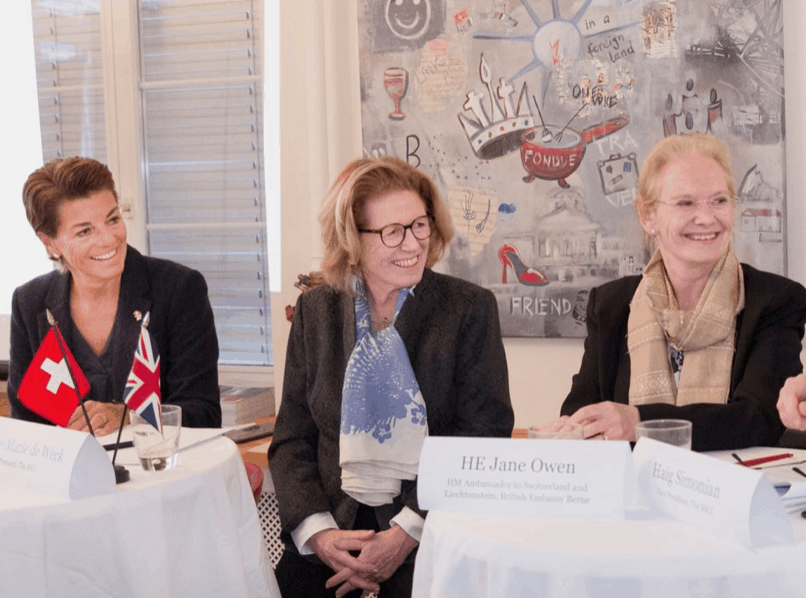 To celebrate its anniversary the BSCC will be organising Gala Dinners in London, Geneva and Zurich this year and will also be showing a series of short films about its history and activities, as well as running more than 100 annual events. Furthermore the Chamber will also host Federal Councillor Karin Keller-Sutter as guest of honour at its AGM in Bern in June.

Want to Study for an MBA? Find out all about it in Zurich