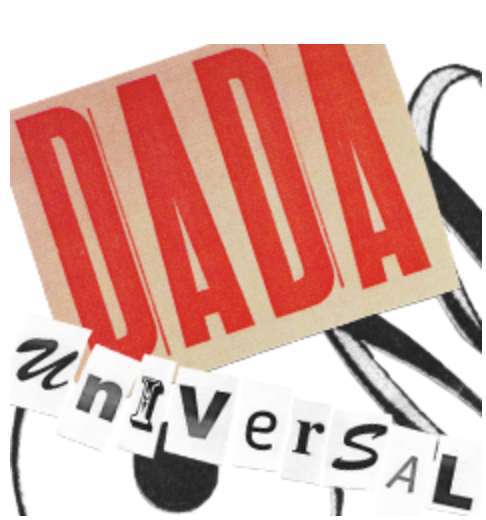 “Dada Universal” –  it’s certainly true! Dada is everywhere in Zurich right now as the city of its birth celebrates it’s centenary.  Clive went to visit the exhibition on Dada at the Landesmuseum and here’s what he discovered …

The Dada Universal exhibition at the Swiss National Museum in Zurich is fascinating and disturbing at the same time. It is supposed to be. The movement itself, celebrated here and in other events throughout Zurich on its 100th anniversary, was founded in the famous Cabaret Voltaire in the Niederdorf and stood for a protest movement, primarily against the horror and senselessness of the First World War, but by extension against western culture and, even further, against language. 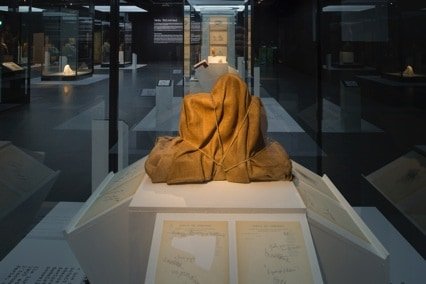 This, however, is more than just an exhibition of key works in that movement; the fact that it is staged in the Swiss National Museum also makes a point about history. Dada had its roots in the avant-garde, and particularly from artists living in France and Romania. It was an international movement and its influence sent shock-waves through the 20th century, with influences on Surrealism, Pop Art, the 1968 Paris demonstrations, the Punk movement and the street protests in Zurich in 1980. 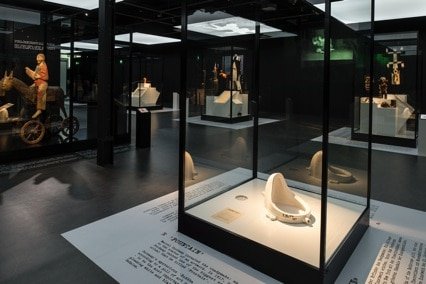 Exhibited here are key works from the Dada period: Marcel Duchamp’s “Fountain”, from 1917, regarded by some art historians as the most important work of art of the 20th century. There is the rarely displayed “Hopi Indian Costume” from Sophie Tauber-Arp, who is featured on the Swiss 20 franc note. There are collages and line drawings from Hugo Ball and Erwin Blumenfeld and objects such as the bicycle wheel and an army cape of a French First World War soldier and film from Man Ray.

As co-curator Juri Steiner explains, this is not a traditional exhibition where the observer follows a formal ‘route’; it is more like a pin-ball machine experience where you bounce from one exhibit to another and try to make sense of a this representation of a point in history that made no sense at all – as one visitor said, “The exhibition left me with more questions to ask than answered”.

You can begin with the word ‘DaDa’ itself: was it derived from Tristan Tzara’s habit of nodding and saying “Da! Da!”, in his native Romanian? Or was it randomly chosen by pushing a letter opener, a tool of the collagist, into a French dictionary? There it was found to point to the colloquial word for a rocking horse: ‘Dada’

Robert Desnos, the surrealist poet, was asked in 1924, what would remain of Dada. He replied “Nothing but bananas”.

The exhibition runs until the 28th March of this year.

Children up to 16 years: free

Please see an article about Dada at the Cabaret Voltaire here.

With thanks to Clive Greaves for the article.

MuDA – the Museum of Digital Art in Zurich

What’s On In Zurich Mid To End June...