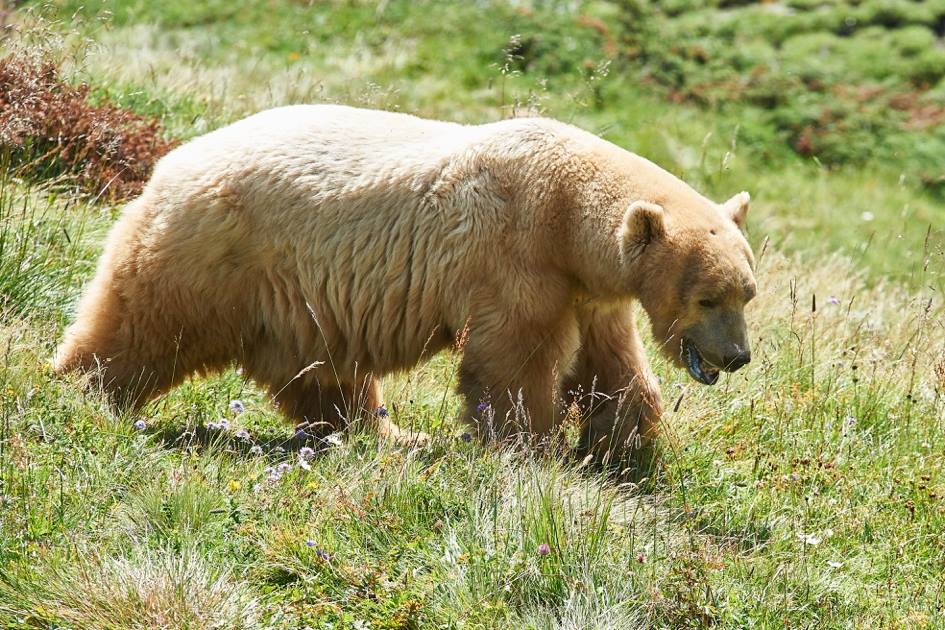 Did you know that the town of Arosa has bears? After rescuing a Serbian bear, Napa, from a circus in Serbia in 2018, he was joined some months later by two further bears, Meimo and Amelia. Once again these two bears had been rescued from appalling conditions, this time in Albania. All three bears are now living happily in the Alpine idyll of Arosa. In time, more bears will follow and this is all thanks to the work of Vier Pfoten animal charity and the Arosa Bear Sanctuary in Graubünden..

Napa is is half brown bear and half polar bear. After being born in a zoo 12 years ago he was sold to the Corona Circus in Srbobran, Serbia. Thanks to the intervention of Vier Pfoten animal protection foundation and the Serbian government he was set free and on 3rd July 2018 he moved to his new home in Arosa.

From Serbia to Swiss Alpine Pastures

The 350 kilo bear’s journey to the Arosa Bear Sanctuary in Switzerland took 28 hours. To get to his destination 1800 m high in the mountains in Arosa, Napa was transported by cable car. Meimo and Amelia arrived in Arosa in Spring 2019.

At the Arosa Bears Foundation the bears share a 2.8 hectare enclosure where they have the freedom to roam and explore. 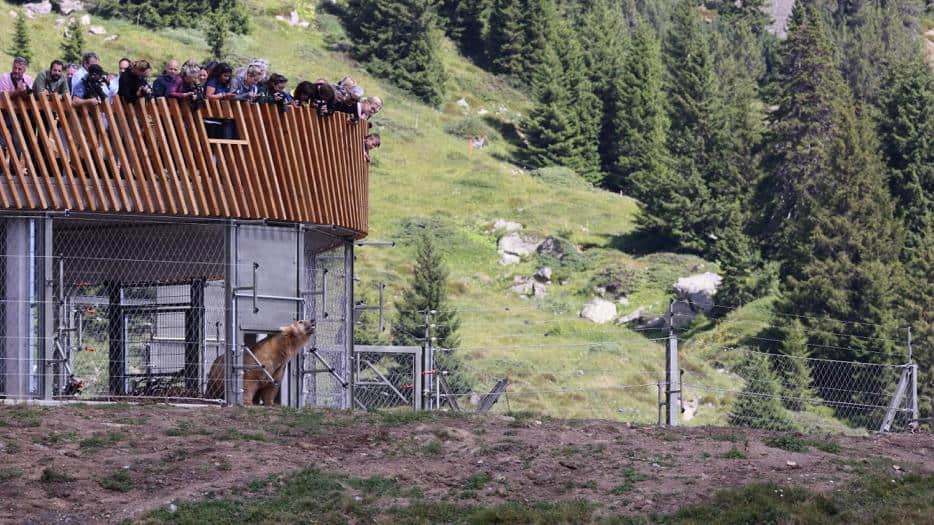 The organisation estimates that it will cost around CHF 600,000 annually to run the sanctuary and they are hoping for around 20 – 30,000 visitors per year. A trip to the Bear Sanctuary enables you to support the sanctuary and there is a visitor platform so that you can view the bears, as well as an adventure playground, mini-golf and the “Weisshorn bear photo point”.

Prices For the Arosa Bear Sanctuary

** incl. the gondola ride to the Weisshorn middle station there and back

*** additional gondola ride to the Weisshorn peak there and back

If you are a hotel guest stying in Arosa, please present your Arosa Card at the Arosa cable car ticket shop or the Arosa Tourist Office.

See more photos of all three bears in our article here. 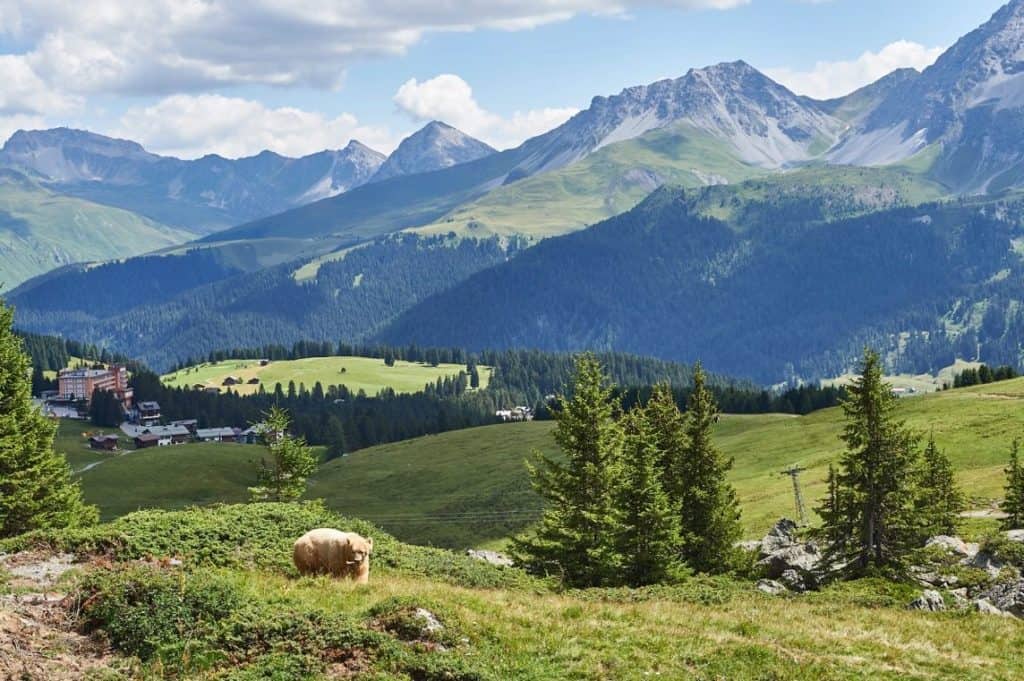 A Wonderful Trip to the Jungfraujoch Top Of Europe

Carona – a Hidden Gem in the Ticino