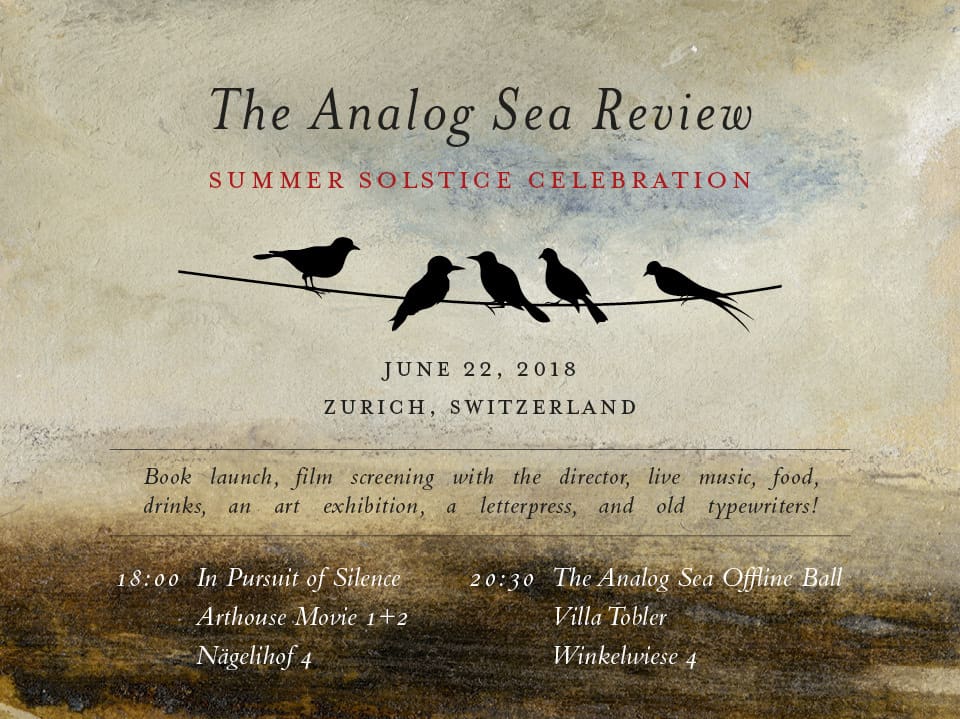 Included in the ticket is not just an exclusive screening of American film director’s award-winning film, “In Pursuit of Silence” but also a party at the Villa Tobler in Zurich – which includes food, drinks and live music. A total bargain!

The film is followed by a Q&A with the director and Analog Sea Editors which takes place directly after the film at Arthouse Movie 1+2. After that it’s off to “The Analog Sea Offline Ball”, at Villa Tobler, where apart from being spoilt by the lovely food and drinks you will also get the opportunity to have a go on a letterpress and various old typewriters.

It promises to be a fabulous and very unique event – so don’t miss the opportunity to attend. Limited tickets available at this very exceptional price of CHF 40 which include everything!

What: Film “In Pursuit of Silence” at Arthouse Movie 1+2, Nägelihof 48001 Zurich + Party at Villa Tobler with Food and Drinks

SwissCovid App – Have You Downloaded It?

Congratulations Jonathan and to all those who contributed to this unique opportunity. We look forward to more creative endeavors from Analog Sea.