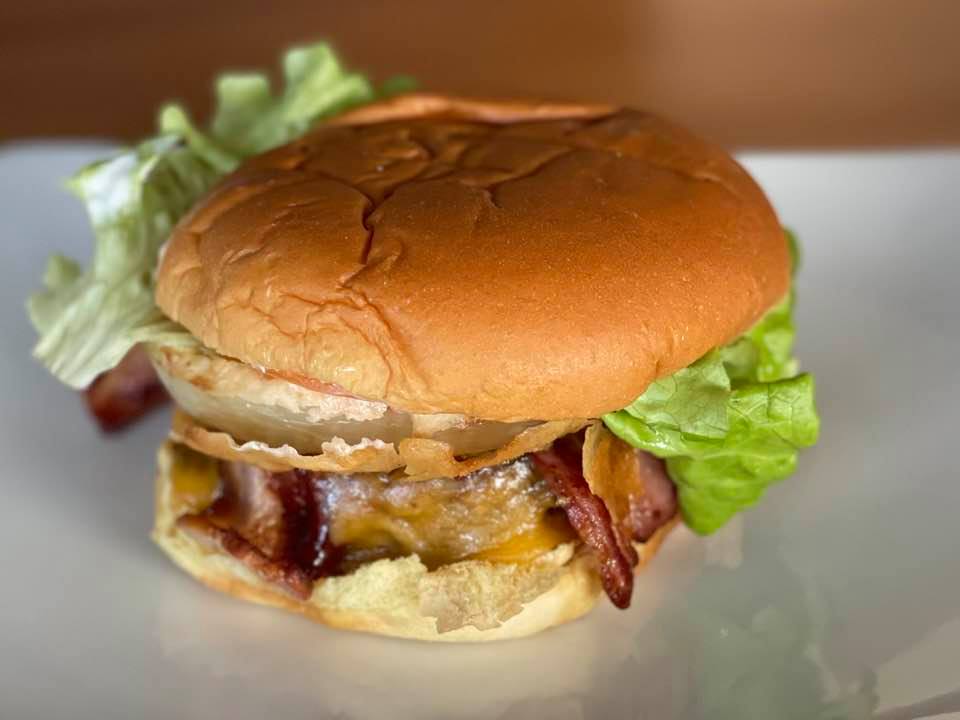 Black Tap is known for its craft beers, its burgers and its monumental “Crazy Shakes”. There are “Black Tap” branches all over the world, in New York, Bahrain, Dubai, Las Vegas, Geneva – and now there is one in Zurich too. Although, as I write all restaurants are closed due to the pandemic, thanks to Smood.ch you can either arrange for your Black Tap Burger to be delivered to your home or office (if you live with their delivery zone) or you can order online and pick up at their restaurant at Werdmüheplatz. 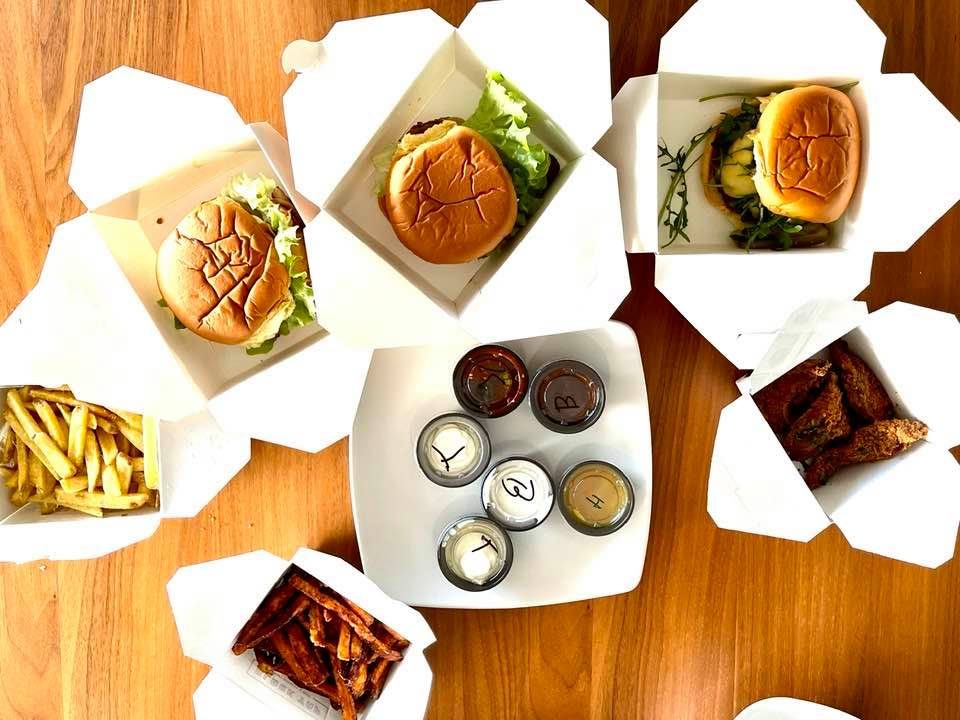 We arranged to pick up our order which consisted of a Truffle Burger, a Mexican, and a vegan version of the “Old Fashioned” burger along with some chicken tender. We also had a side order of sweet potato fries and truffle fries. The burgers came with a generous range of different sauces. 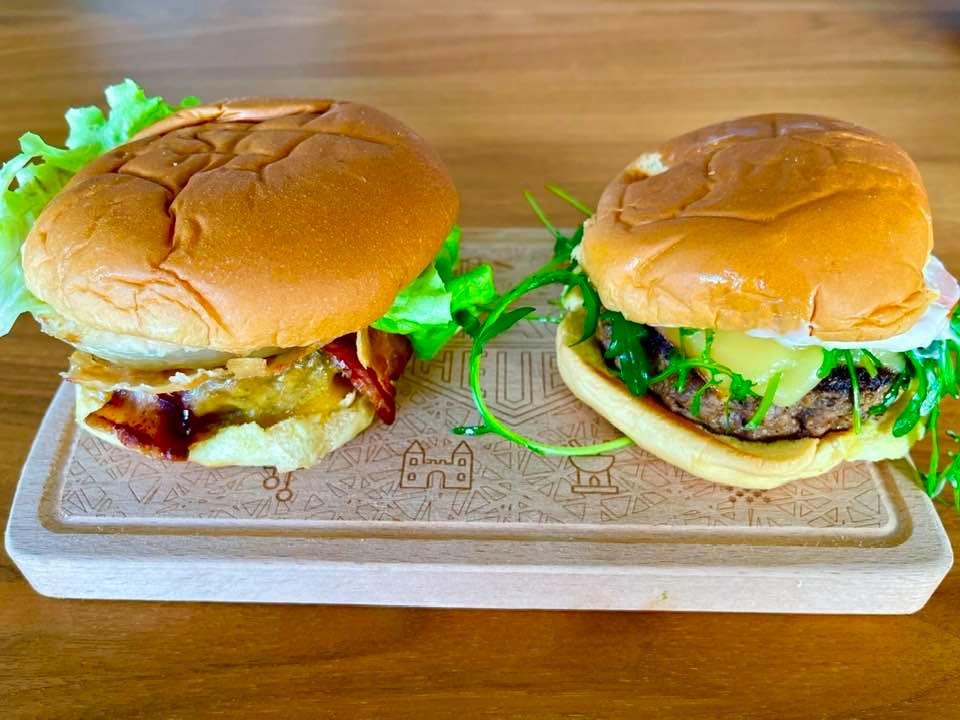 The burgers were very good and moist with a decent sized meat patty, although we were expecting the Mexican to have been a little spicier. We ordered them medium and they were pretty much exactly that. 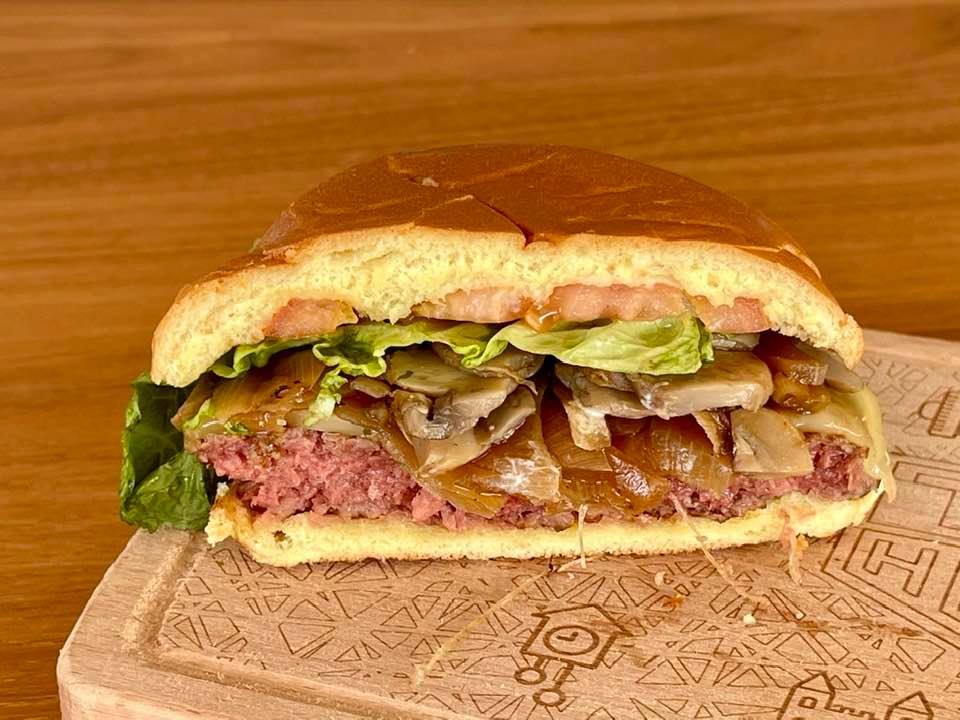 The vegan version of the “Old Fashioned” Burger

However, the vegan looked and tasted like beef and quite honestly would be quite difficult for most people to distinguish from the real thing. They use a plant based patty called “The Impossible” and you can substitute this patty in all the burgers they offer.

We skipped the Crazy Shakes which, although spectacular to look at (they are loaded with cotton candy, rainbow sprinkles, brownies or chocolate sauce and tons of ice cream and whipped cream), they are real calorie bombs! Apparently they contain an estimated 1,600 calories per shake!!! 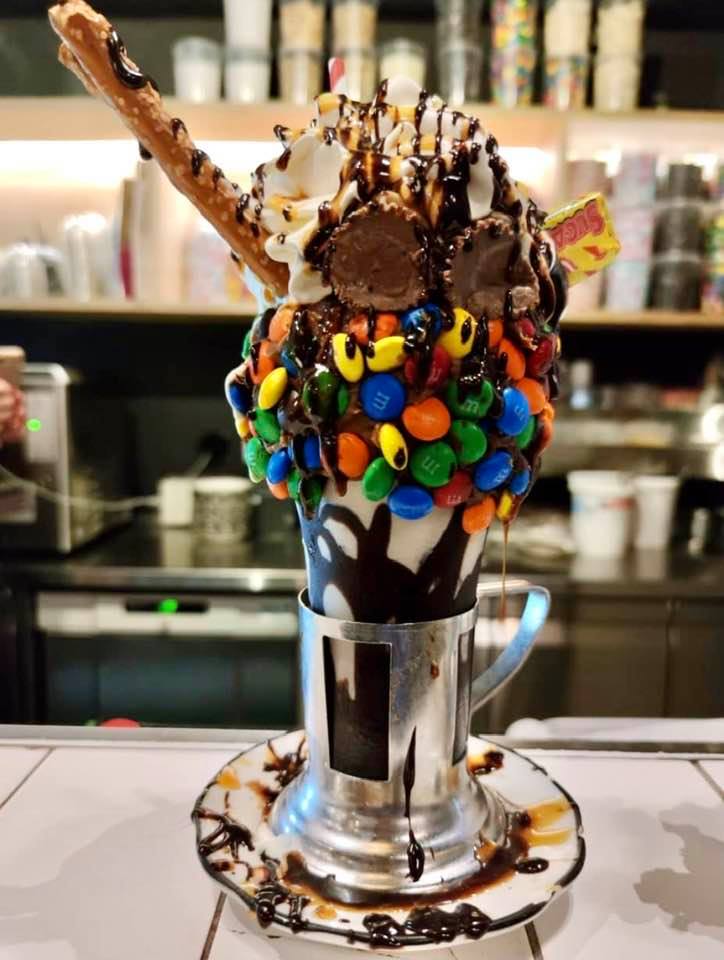 However, we look forward to seeing Black Tap once it (and all our restaurants in Zurich) are open again. Let’ hope it won’t be too long!

The Butcher and His Daughter Restaurant Zurich

Restaurant Hafenbeiz By the Lake in Kilchberg

A Wonderful Lunch at Restaurant Falken in Küsnacht