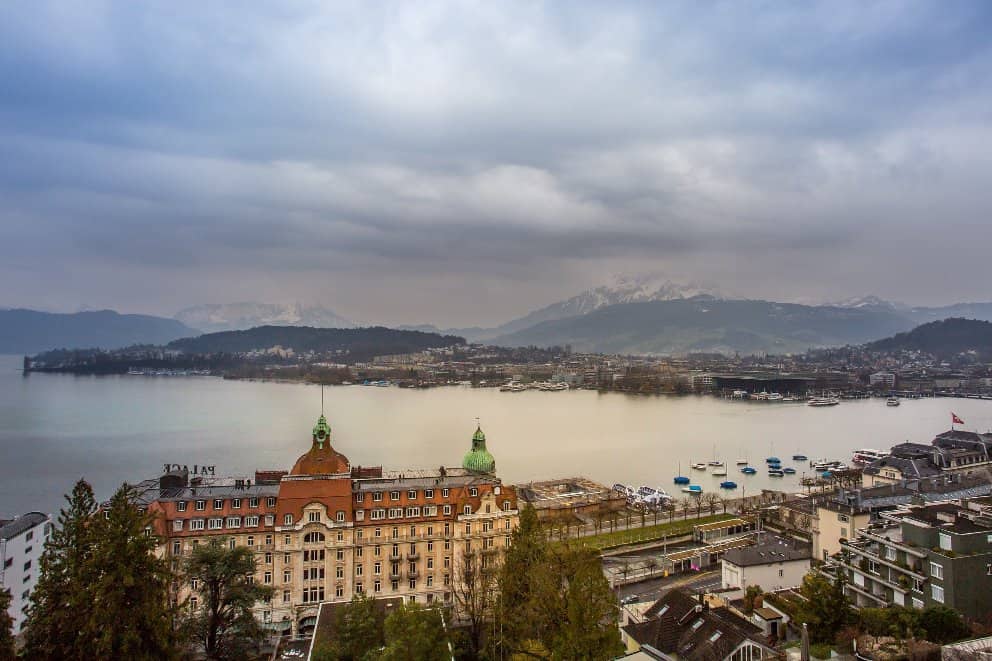 The view from the Art Deco Hotel Montana over Lucerne

#KitchenClub April, May and June 2018 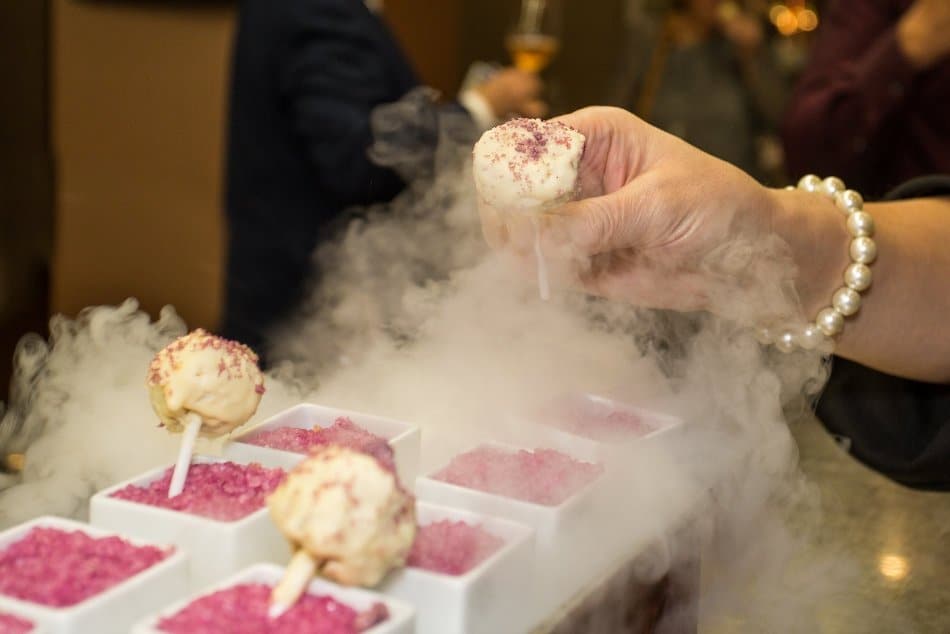 The Art Deco Hotel Montana has just launched its “Kitchen Club” event and we went along to the opening dinner. The Kitchen Club is billed as Switzerland’s very first “Experimental Cuisine” and will be taking place every Thursday, Friday and Saturday during April, May and June 2018 and is open to the public. As the name implies, it all takes place right inside the kitchen, where the hotel has a wonderful long table which comfortably seats up to 20 people. 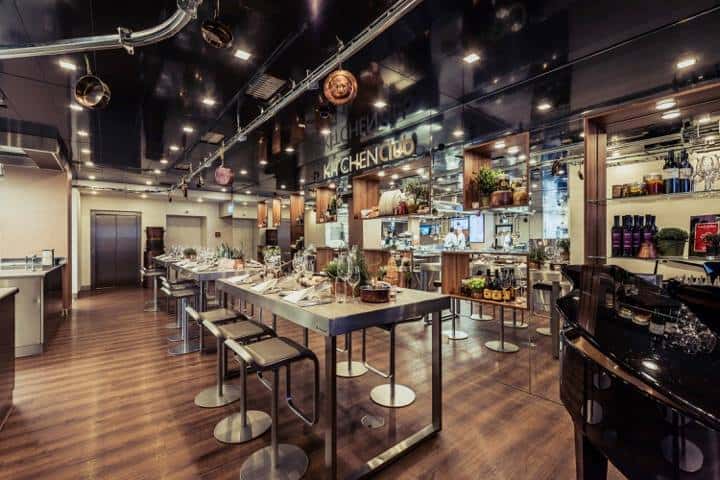 Seated in the very heart of the kitchen you get to see the chefs in action and to taste an impressive 8 course menu with some very exciting and innovative dishes. The idea behind the Kitchen Club is that you really are part of the event as you get to see, smell, listen, touch and taste everything – in fact all your senses are involved, during the whole of the evening. 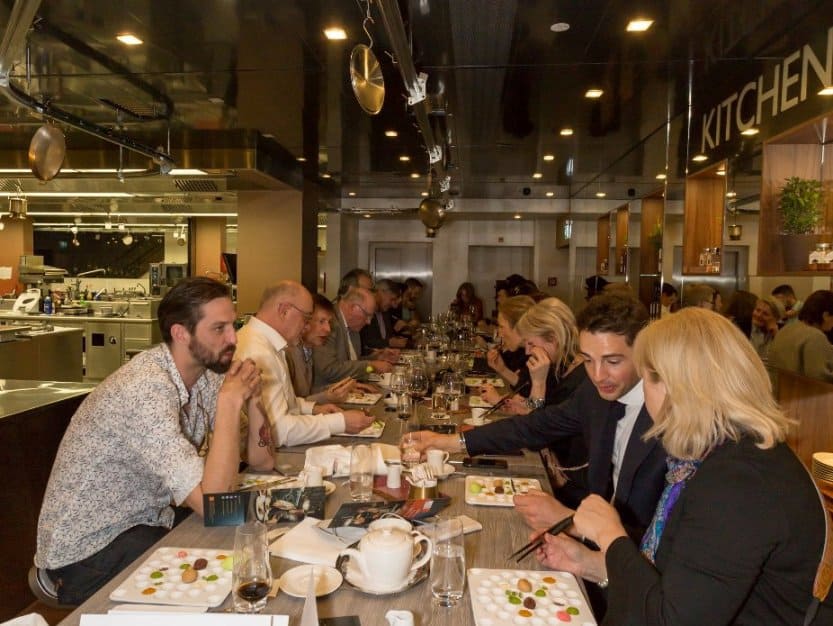 The menu is based on experimental cuisine and the two chefs presiding over the Kitchen Club are resident chef Johan Breedijk together with Rafa Martinez. Johan has been awarded 15 Gault Millau points, and he is joined at the Art Deco Hotel Montana for three months by celebrated guest chef Rafa. Known as “El Nino” in his home country of Spain, Rafa has been named “Best Young Chef” on no less than five occasions, and has honed his skills in a variety of  2 and 3 Michelin Star restaurants. 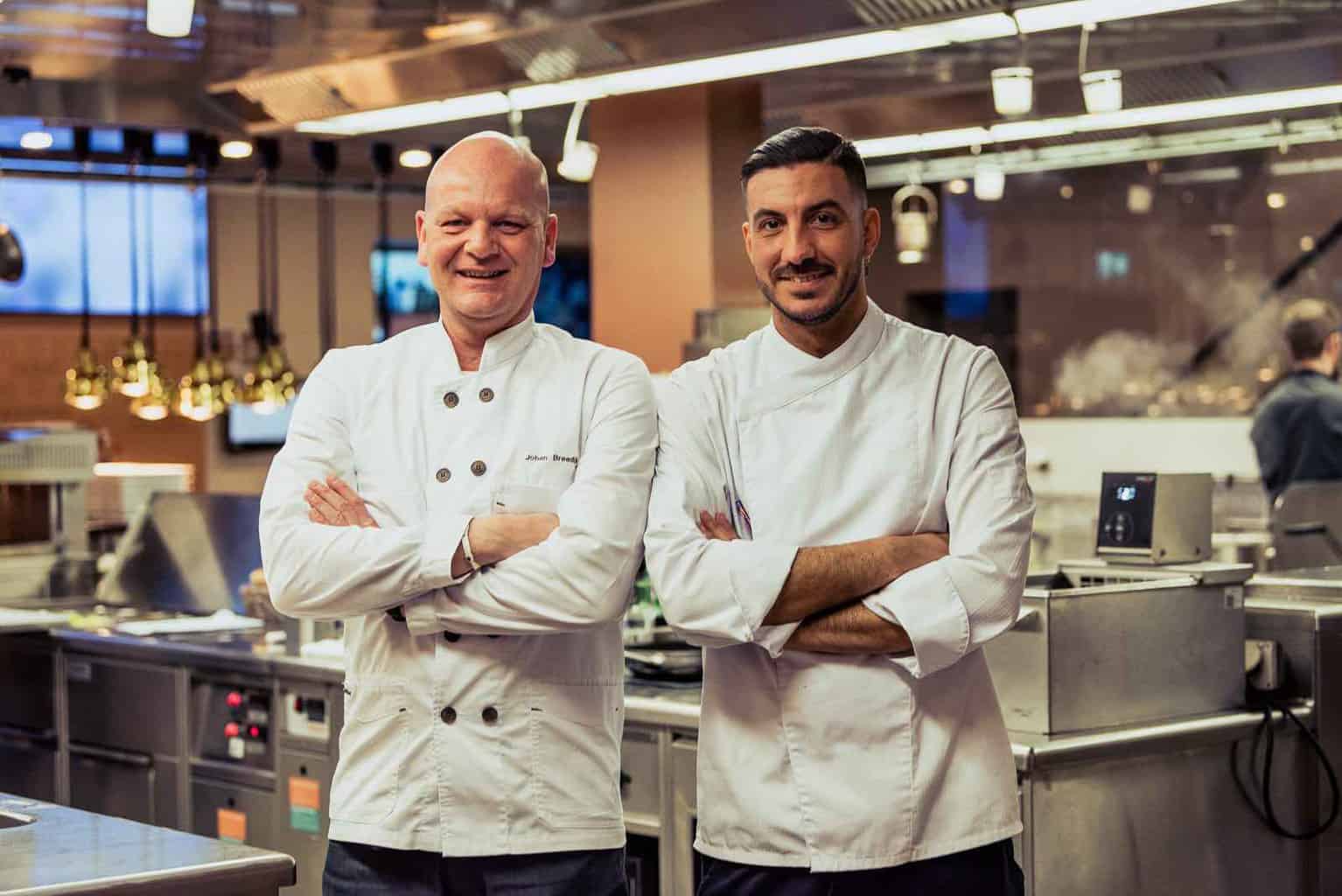 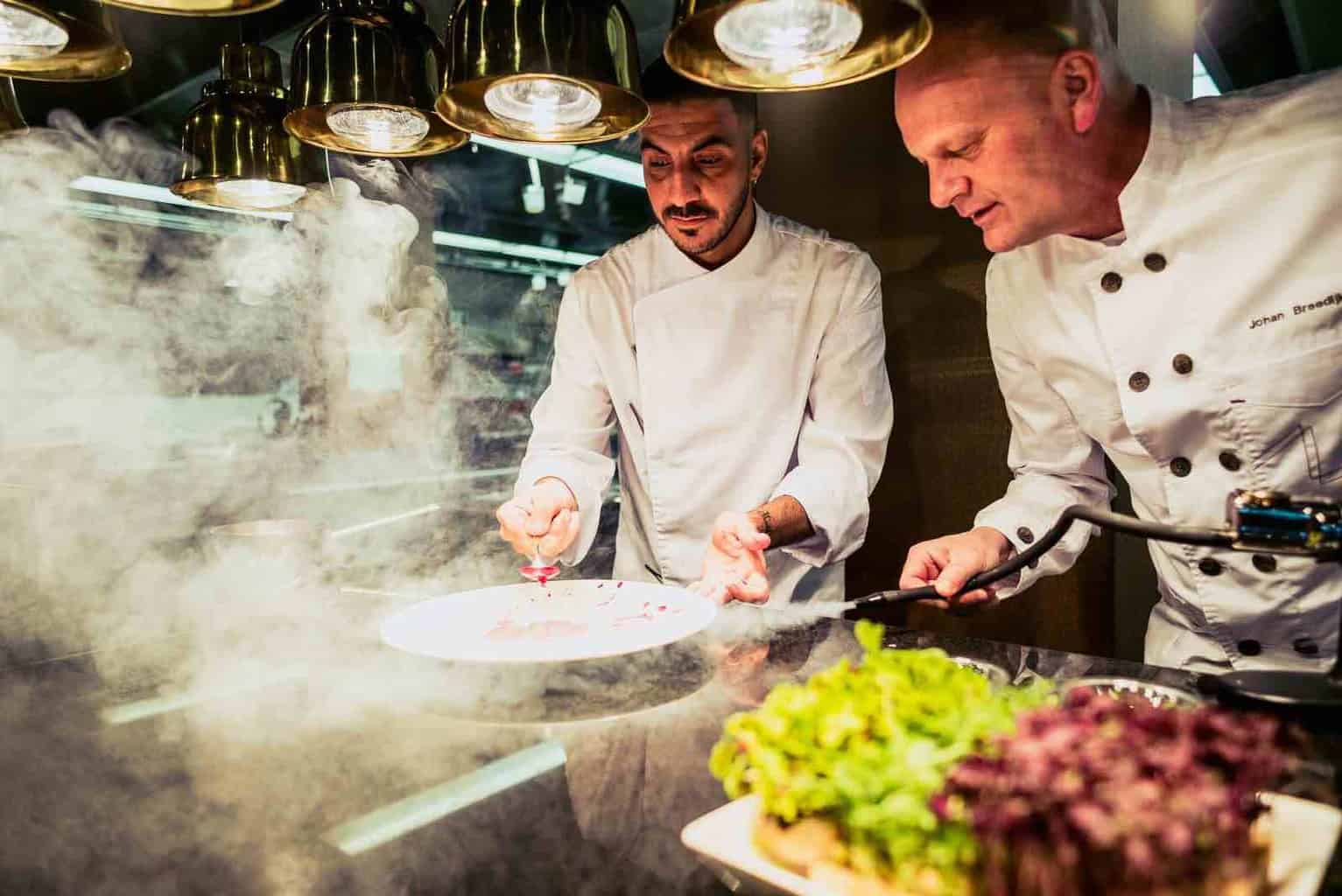 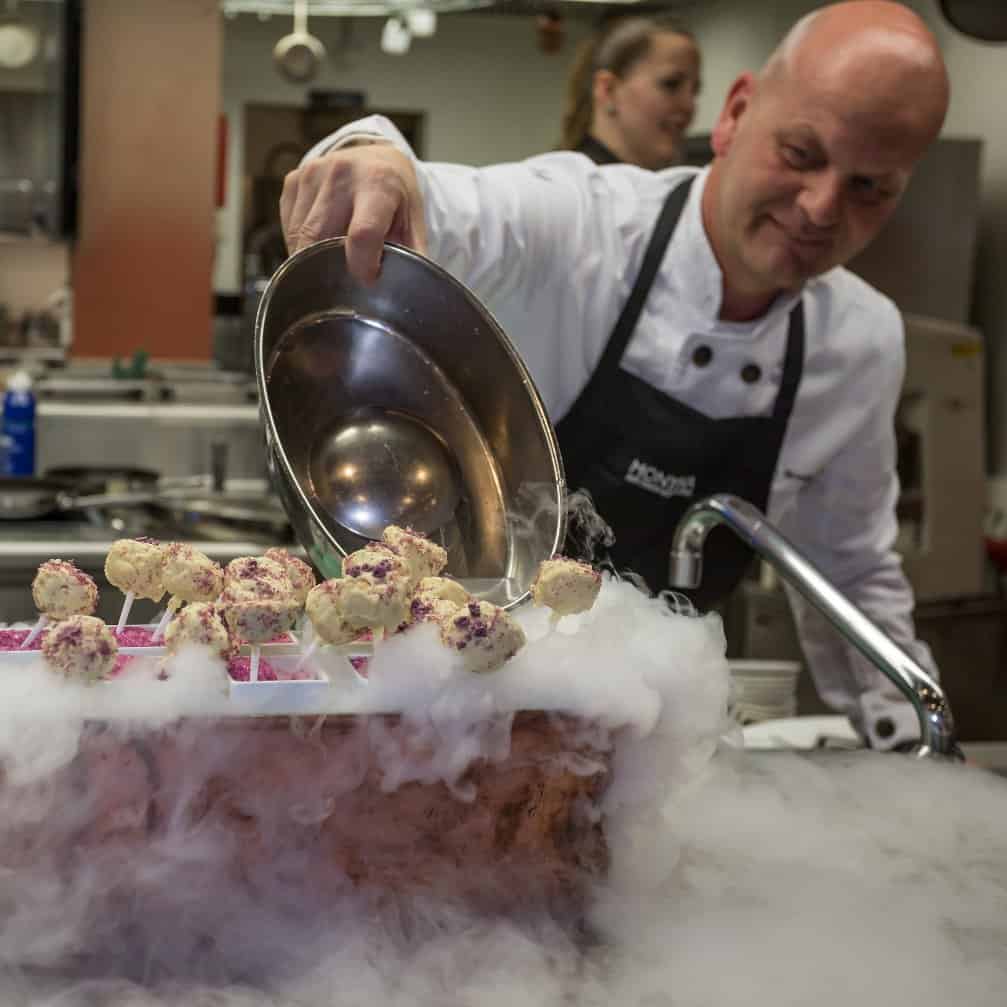 After an aperitif, it’s high drama in the kitchen as we are served our first pre-appetiser which is a duck liver lollipop covered in white Felchlin chocolate on a bed of dry ice. The combination sounds quite strange but actually works really well and I must say I really enjoyed it. It was paired with an unusual drink – rhubarb beer. 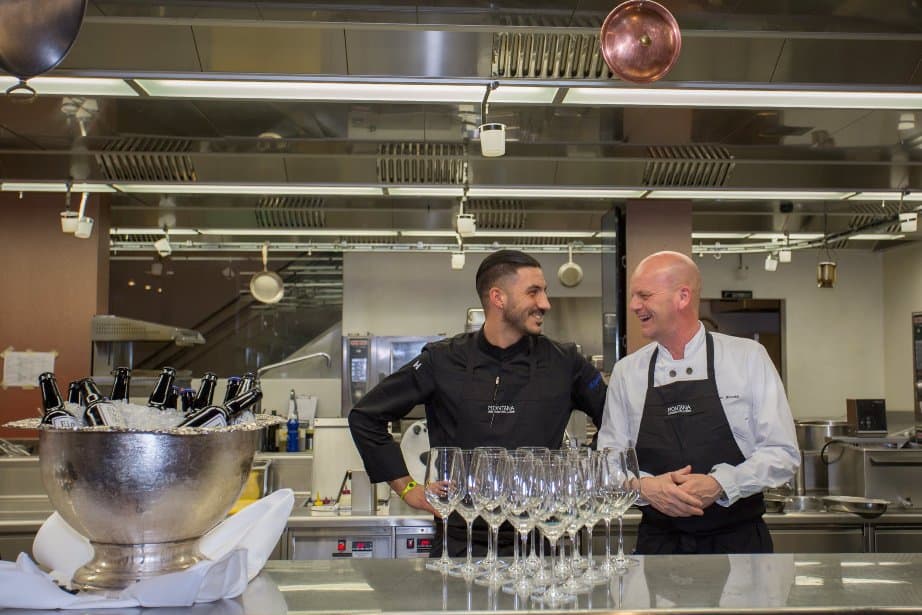 Not being a beer drinker, I tried to pass on the drink, but was encouraged to try a sip and was so glad I did. 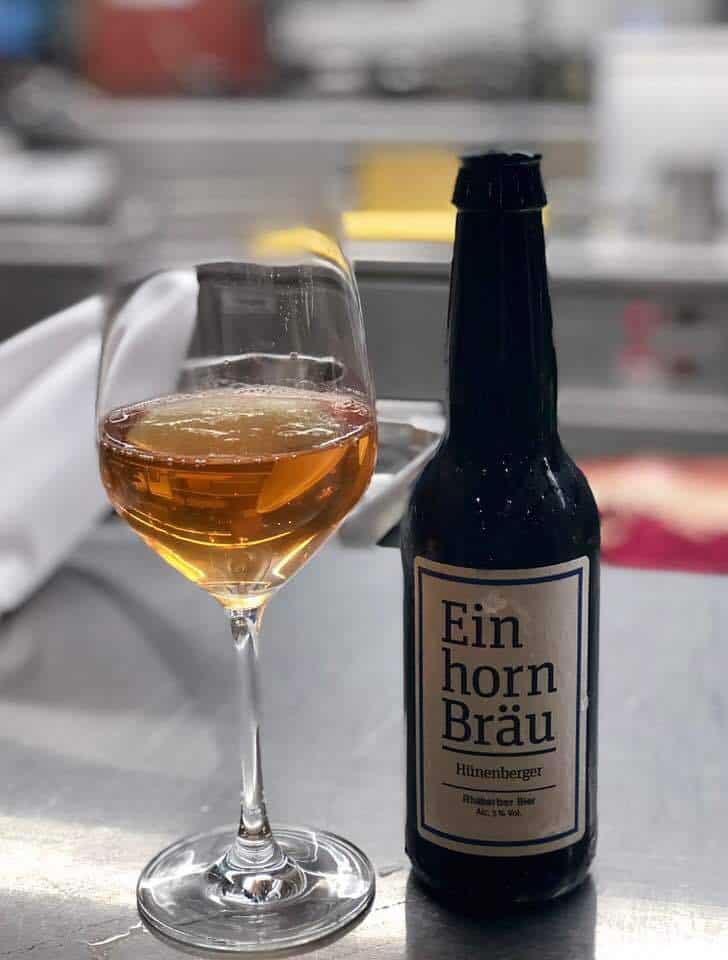 It actually tasted very little like beer and a lot like rhubarb and married extremely well with the paté. 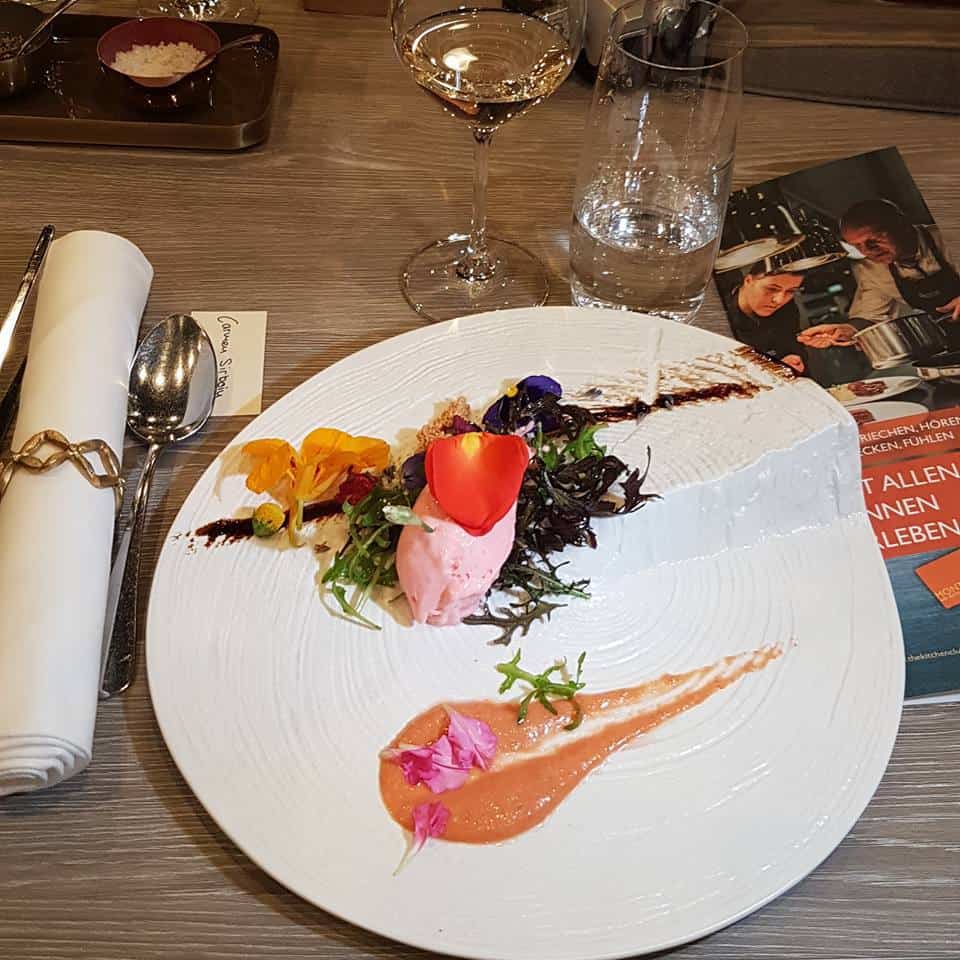 This colourful dish was bursting with flavour and was described as a “Walk in the Park in Springtime”. There were so many tastes on one plate, in addition to the different textures and it was so beautifully presented. 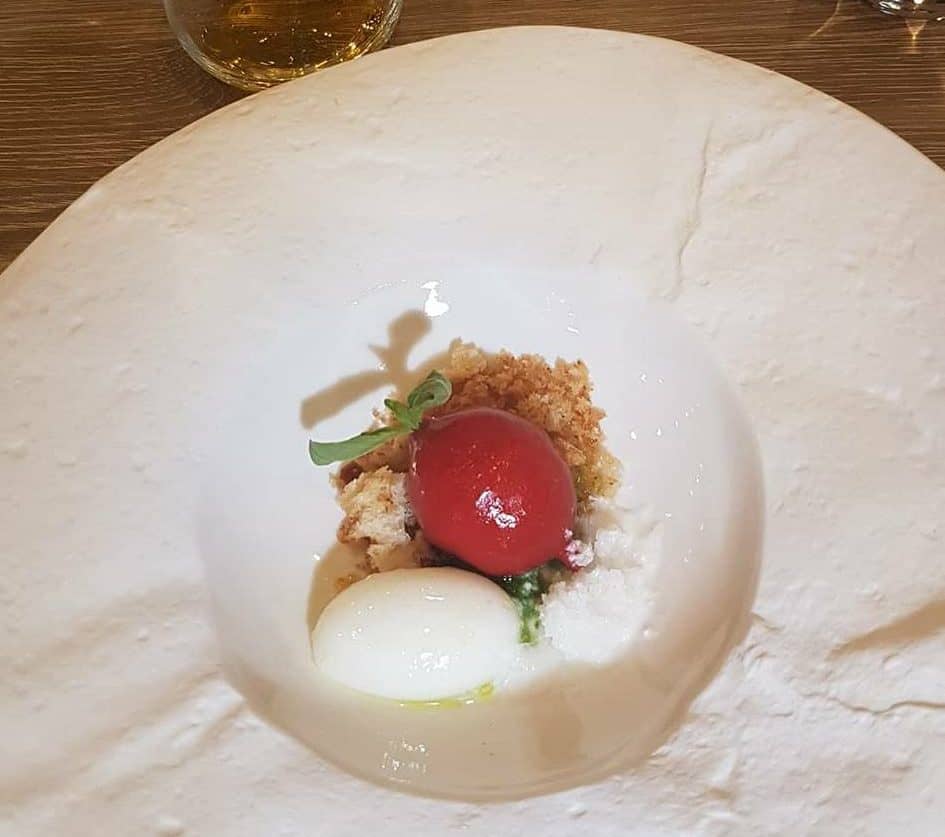 Next we had a Caprese but with a hidden touch – the tomato was not a normal tomato but when you cut into it you realised it was very special indeed with an amazing intense flavour. 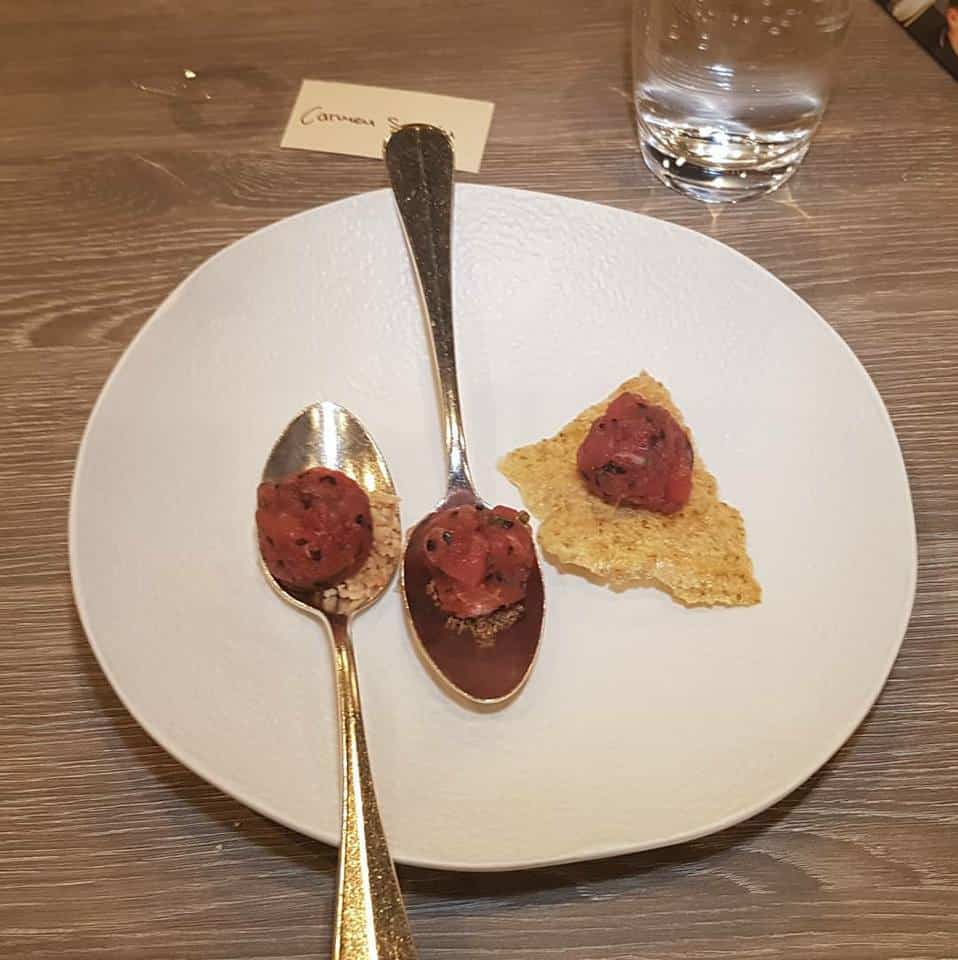 The pink tuna fish with lime, coconut and quinoa was light, delicate and tasty. 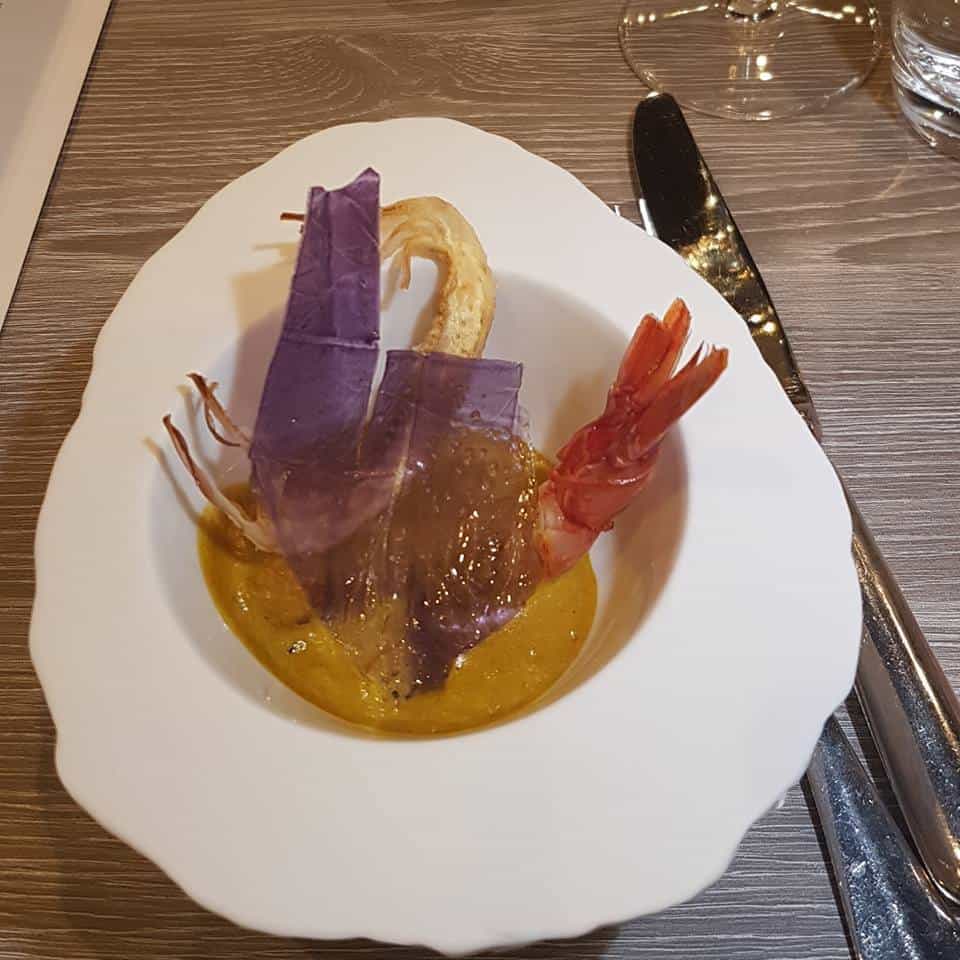 The “Gamba Rosa” was accompanied by a wonderful sauce which tasted divine and was described as an emulsion of mussels and was combined artichoke and bright potato crystals ! All the courses we tried tasted delicious, but this one, along with the next one, Pata Negra, which was tender and bursting with flavour, were my absolute favourites. 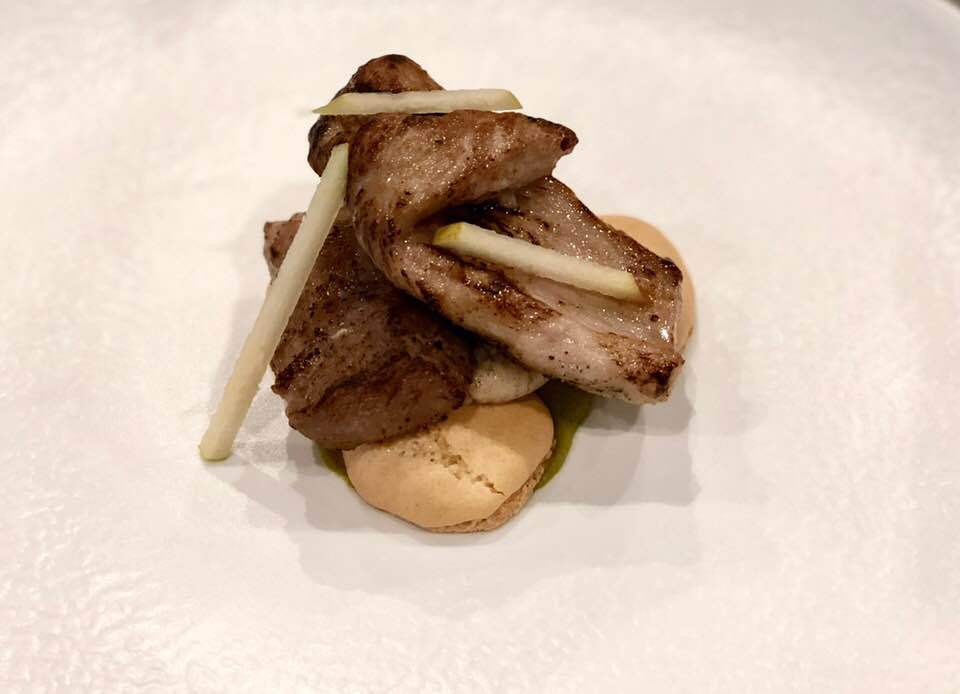 This special type of pork was served with asparagus, pear and hazelnut and it all combined so well together. 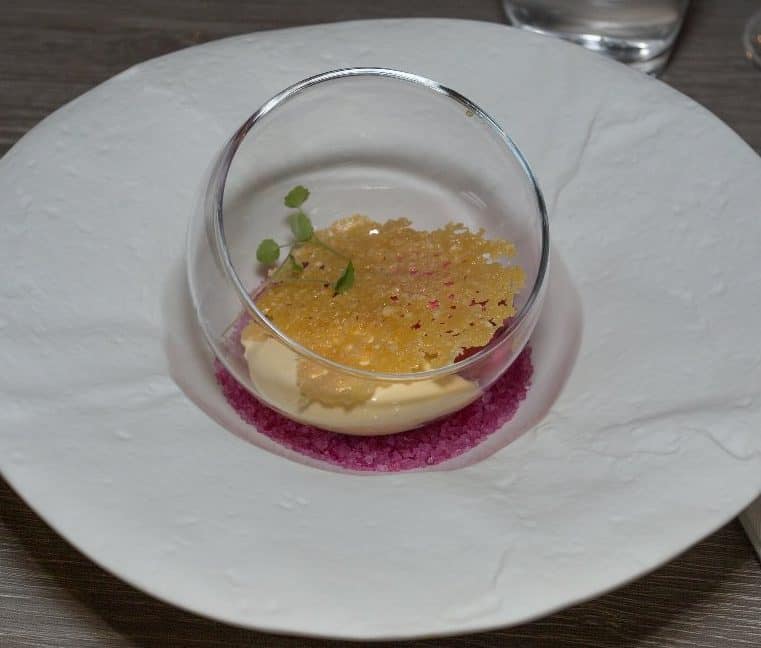 Next the sweet courses began, heralded by a very light and lovely dessert which combined red wine and lemon ice cream, with grapes and a red wine gelée and a crisp lemon biscuit on top. 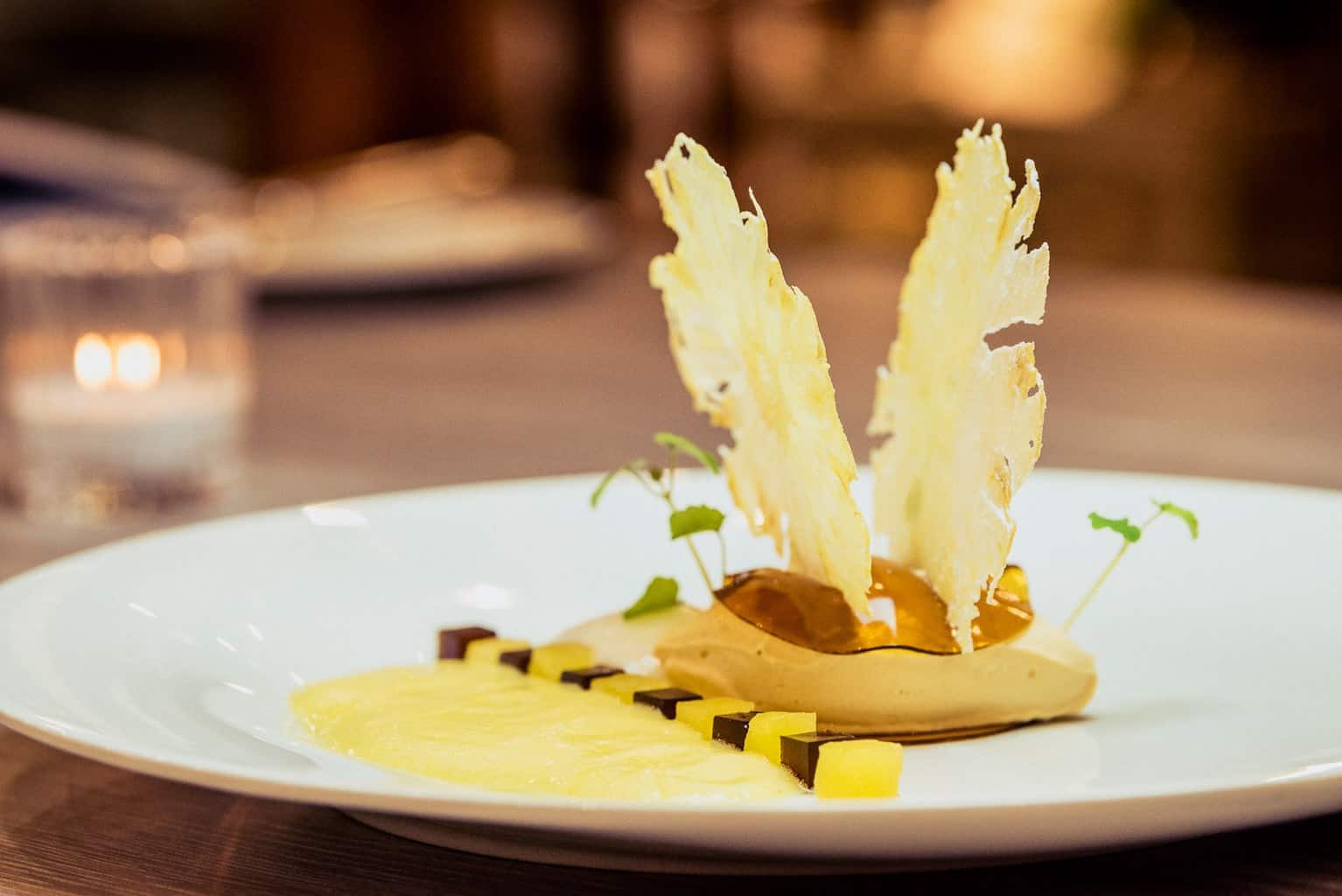 The pineapple with soya ice cream had an unusual mix of sweet and saltiness to it, and was not my personal favourite, but following on right after was another sweet surprise with a selection of delicious Felchlin chocolates, with orange, chocolate and coriander flavours. 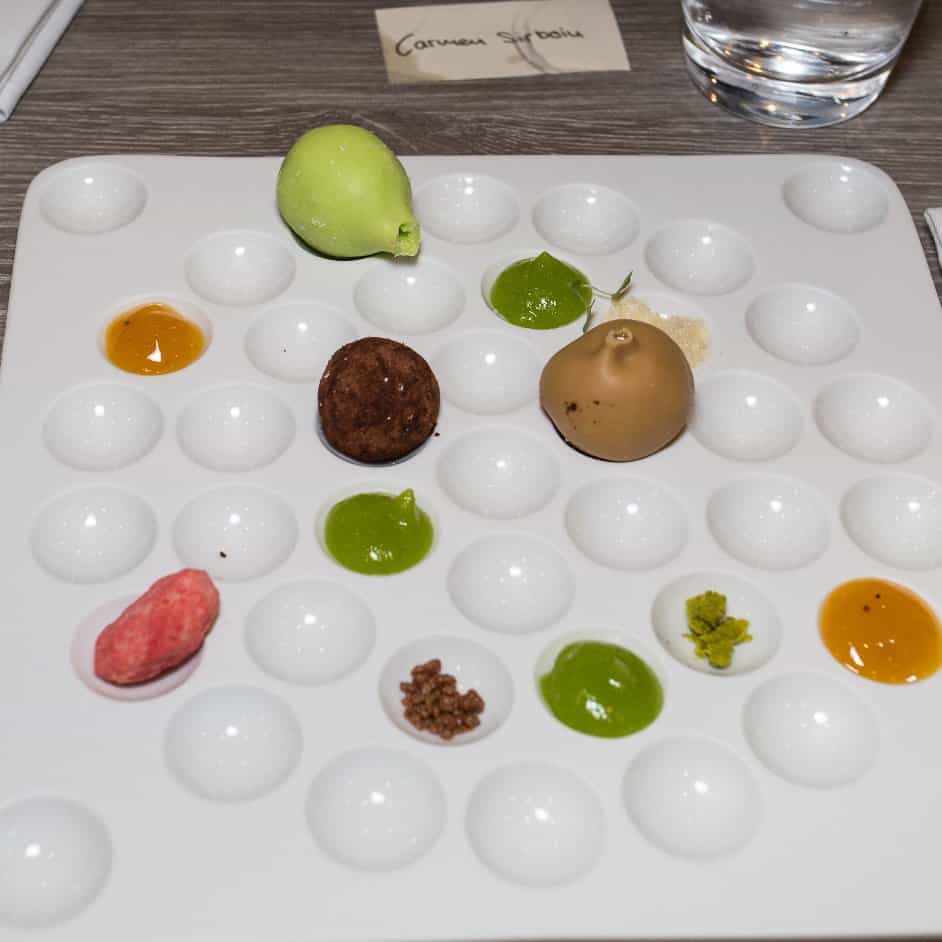 The idea for the Kitchen Club was the brainchild of General Manager of the hotel Fritz Erni, who last year won the prestigious title “Hotelier des Jahres 2017”. The whole menu contains over 90 ingredients so you can just imagine the explosions of taste going on in your mouth. The physical-chemical processes used in this type of cuisine make everything taste more intense than usual.

The dinner is an extraordinary culinary experience which makes for a really memorable event and is perfect for a special occasion. It will certainly be a meal – and a total experience – that you will really enjoy and remember for a long time. 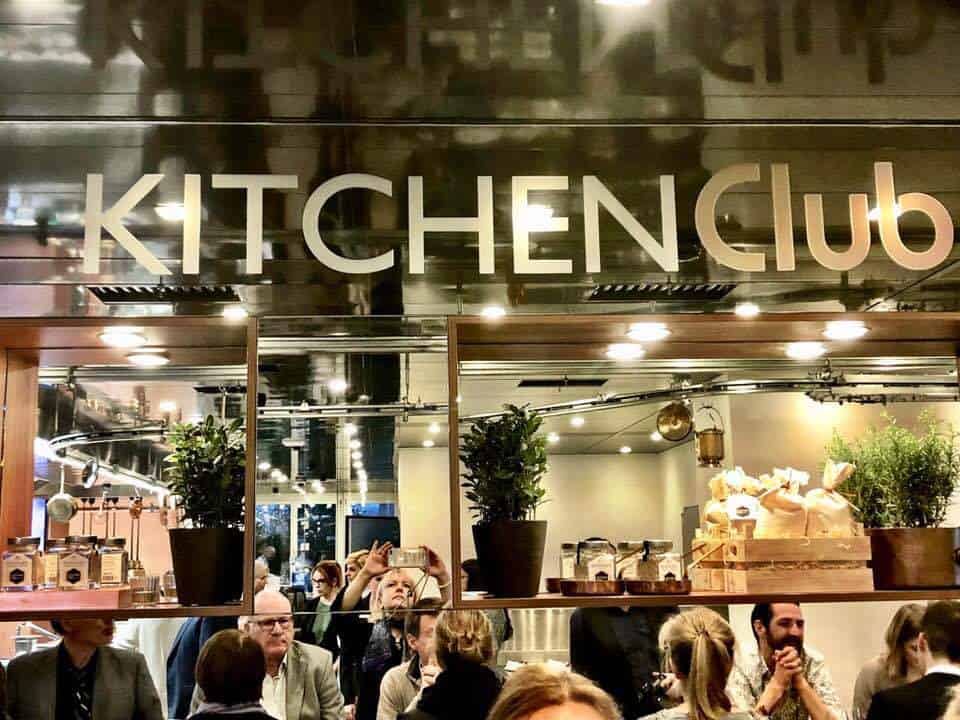 When: Thursdays, Fridays and Saturdays in April, May and June 2018

To view on Google Maps see below: 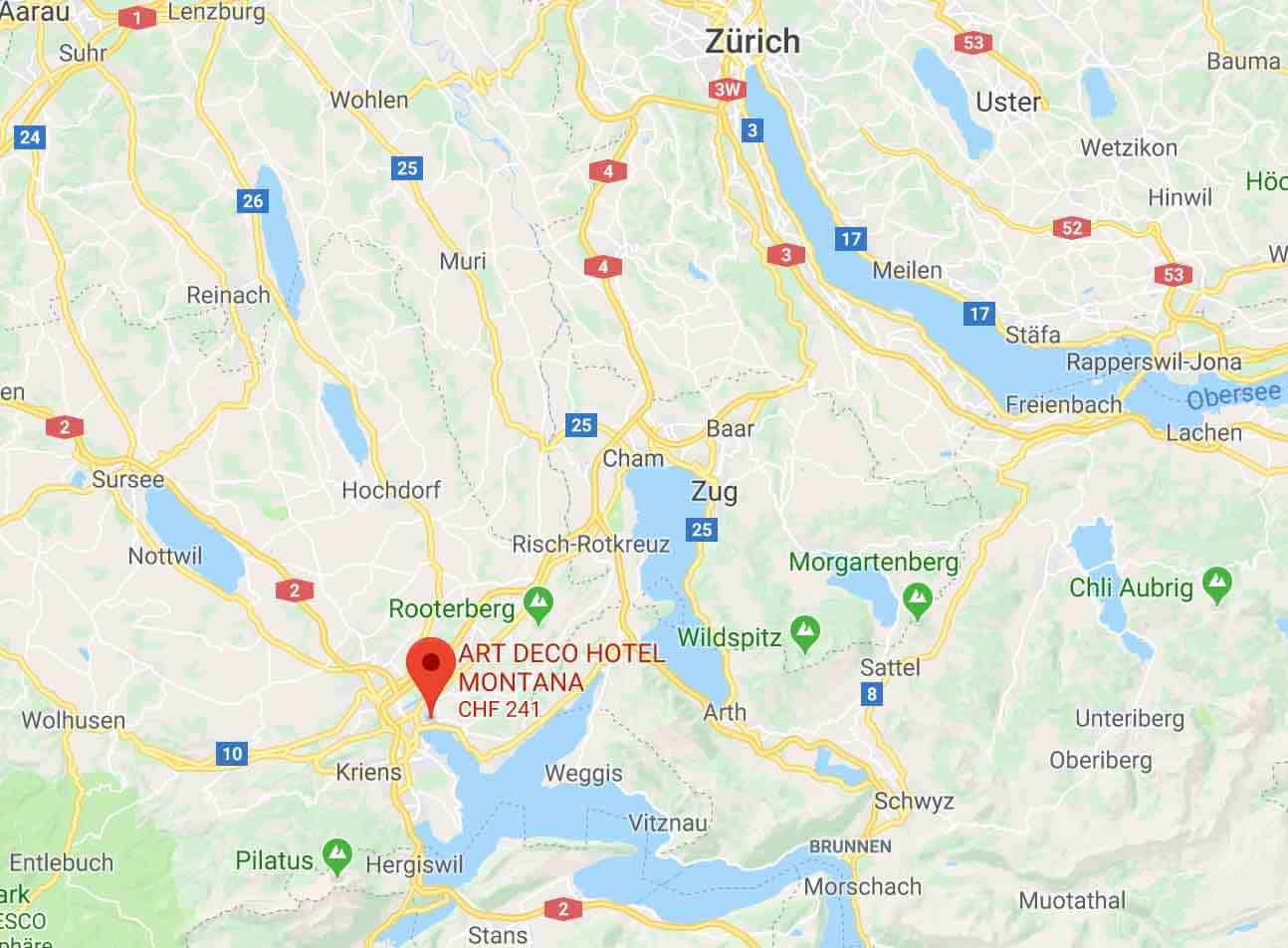 Behind the Scenes Chocolate Bunny Making at Honold’s