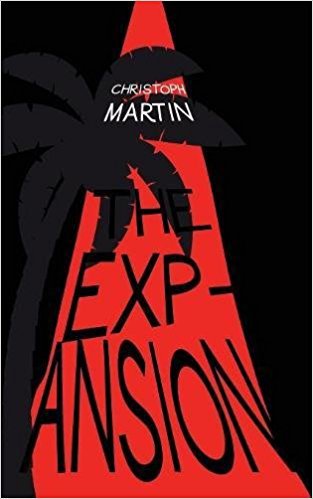 The Expansion is a fast-paced international thriller, which follows likeable Brit Max Burns as a combination of old friendships and professional talent lands him a dream contract in tropical Panama. The opening pages are a high-octane intro to Max’s unconventional early years; as a Zurich-based reader I was mildly disappointed that the city has only a cameo-role in the story, but as a motif for a privileged upbringing, it’s quick and clever. And the reader soon understands the need to be quick, as The Expansion packs a whole lot of action into barely 300 pages.

It’s Max’s old schoolfriend, Godfredo, a self-styled international playboy, who lures him to Panama with the promise of working on one of the most high-profile engineering projects in the world. Their friendship is deep, the connection brotherly, but as the story unfolds we see tense family relationships mirror the wider power struggle playing out between nations determined to take control of the canal expansion project, whatever the cost.

If the bikini babes and hot-tub hedonism seem a bit last century in 2017, there’s plenty of interesting geo-political insight to keep things current. We also get a couple of strong female characters as the apparent heroines of the piece, though of course, like everything else in this intriguing tale, all is not as it first seems.

The Expansion is an absorbing read that feels like a movie waiting to be made, complete with glamorous locations, colourful characters and an ending that ties up the story neatly but leaves the door nicely ajar for…further Expansion!

Christoph Martin is the writing team of Christoph Martin Zollinger, a Swiss entrepreneur and Libby O’Loghlin, an Australian novelist and prize-winning short story writer.  The Expansion was published by Clink Street Publishing on 2nd May 2017 and is available as a paperback or ebook. It can be purchased from all good bookshops and online from Amazon.

The Naked Swiss: A Nation Behind 10 Myths 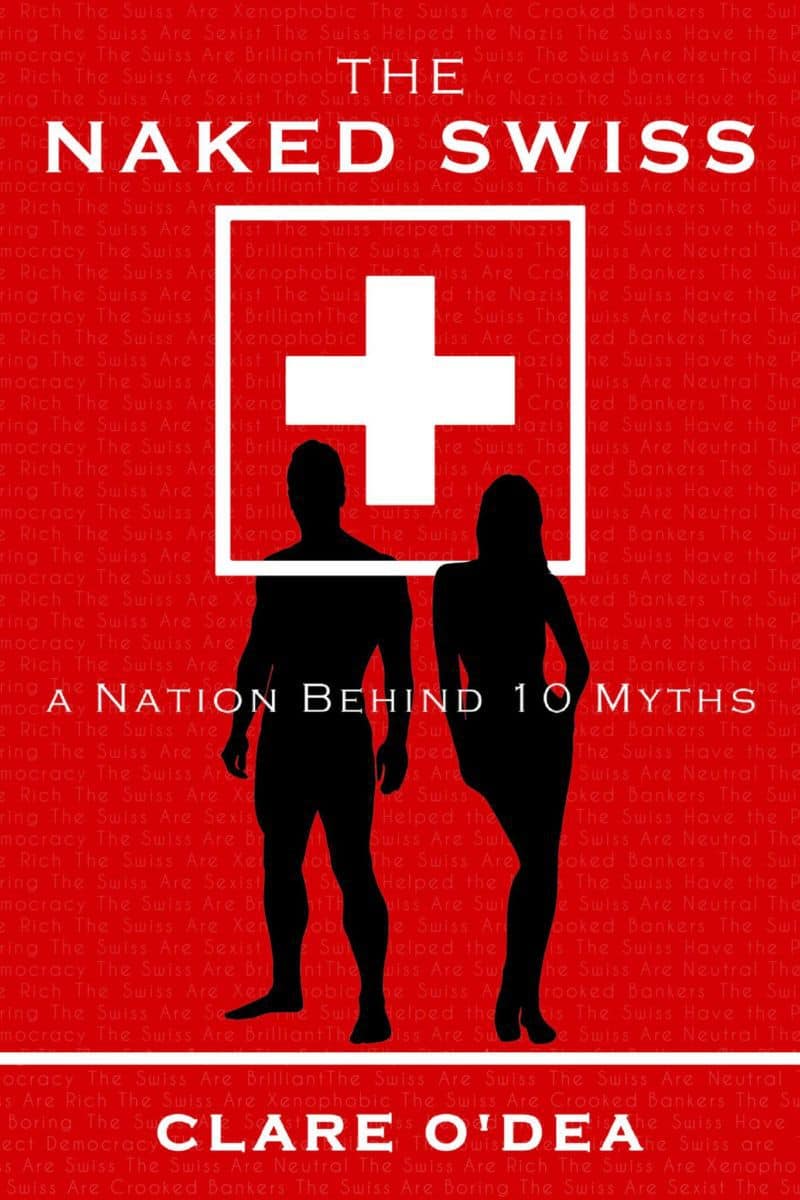 Foreigners tend to boil the Swiss down to a few clichés: There’s Heidi the mountain girl, the sneaky banker and the punctual, rule-obsessed boor, among others. Ex-pats in Switzerland know firsthand, however, that the Swiss defy easy categorization and attempts to define them often reveal a host of contradictions and complexities.

Some of these contradictions are national in scale. Known for having good cheese rather than good parties, the most ravingest rave in Europe, the annual Love Parade, takes place, ironically, in the streets of Zurich. And though it’s common to encounter a persnickety Swiss neighbor who wags their finger if you mow the lawn on Sunday, the same neighbor might also leave a box of figs on your doorstep the next day.

In The Naked Swiss, Irish ex-pat Clare O’Dea, delves deeply into these stereotypes, unearths their origins and engages the reader in her quest to come to grips with the complex nature of the Helvetian populace.

An Irish journalist, O’Dea has lived in Switzerland for 13 years and is married to a Swiss. Her impetus for writing the book was to set the record a bit straighter.

“I felt the Swiss were poorly served by the clichés—some flattering, many negative – that had crystallized around them…To paint an accurate picture, I wanted to go through the dirty laundry and great achievements, and get close to the Swiss at their best and at their worst.

Did the Swiss really help the Nazis? Are Swiss women stuck in the past? … How did these people get so rich? And what’s going on with the banks?”

O’Dea says that having so many languages in one country helps to confound Switzerland’ s national identity.

“Switzerland’s main languages are already ‘taken’ by other much larger and more dominant cultures. So it’s something to do with being overshadowed by powerful neighbours. I guess people are more prepared for the differences when they move to France, Italy or Germany because they’ve heard about them for years. When they come to Switzerland, they don’t know what to expect from the Swiss.”

Organized into 10 chapters, each of which addresses a stereotype, like, The Swiss are Xenophobic, The Swiss Are Crooked Bankers, and even The Swiss are Swiss, the book provides thorough (and quite methodical, it might be said) details on where these myths came from and how they play out in reality.

Even seasoned ex-pats might be surprised at some of the revelations. For example, in The Swiss Are Neutral chapter, she points out that while two centuries of declared neutrality have made the Swiss famous for not fighting in any wars, the Swiss have a high rate of personal gun ownership and were ranked 14th among the world’s largest arms exporters between 2011 and 2015. There is also compulsory military service and the country’s long history of involvement as “good offices” or third-party diplomats in some of the most high-profile international conflicts.

Particularly compelling are O’Dea’s interviews with prominent figures, like former president Pascal Couchepin and competitive runner Marijka Moser. They give life and language to the statistics and show that there is more to a person than their stereotype.

The Naked Swiss is out now and can be purchased online, via Amazon, from the publisher’s website, Bergli Books.The ebook is also available from the same sources (except Bergli) and via  buch.ch .
In bookstores, The Naked Swiss is being stocked by the main Swiss retailers, Orell Füssli/ Thalia, P& B Books, Stauffacher, Payot etc who sell English books. You will also find it in the independent English-language bookshops and at the airports.
Read Jennifer’s Interview with Clare here:

Article written  by Jennifer Lisle. Jennifer is a  Zurich-based freelance journalist who has written for The Los Angeles Times, The Wall Street Journal and Elle, among many others. 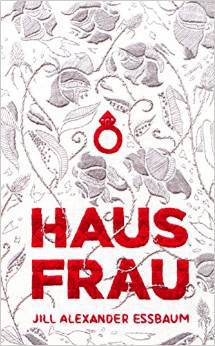 When I first read about Hausfrau, a month or so before it was due to be published, I was so intrigued that I placed an advance order and waited impatiently for it to whisper its clever way onto my Kindle. Having lived as an Auslander in my own quiet town on the outskirts of Zurich for 7 years, I felt sure that I would identify with Anna, the main character, before I even turned the first page.

Yet Anna is hard to like. An American married to a Swiss banker, with three young children who she struggles to engage with, the listless Anna spends her days shuttling between her therapist and a succession of affectionless sexual encounters, all on the predictably punctual Swiss transport system. Despite her 9 years in the country, she has only the most basic grasp of the language. She has neither a job nor a driver’s licence, nor even a bank account in her own name. She is terminally insomniac, and has a bench close to her suburban Swiss home where she goes simply to weep in private. I want to feel sympathy, but her passivity seems a deliberate choice, her position as victim merely lazy; even her therapist tells her that “A modern woman needn’t be so unhappy. You should go more places and do more things.”

So what makes Anna feel so hopeless? What little we glean about Anna before her marriage suggests that she has been unhappy for much of her life, but there are many factors in her expat existence that contribute to her deep sadness. Switzerland has many expat spouses, but the majority are here for a fixed time, uprooted for their partner’s work and looking on the assignment as an opportunity to explore Europe, take a career break or just enjoy themselves while they have the chance. But for Anna, there is no ‘next assignment’ and no enthusiastic community greeting every newcomer as a potential friend. Her life is a hope-sapping tale of loneliness and depression, which proves how isolating an experience the expat life can be even when surrounded by family. Essbaum’s portrayal of small town Swiss life was, for me, spot on, from the supermarket to the school gates. However, it’s probably fair to say that the mother-in-law’s constant disapproval is more a symptom of the relationship most wives have with their husband’s mother than any particularly Swiss characteristic!

The book reflects on the impenetrability of Schweizerdeutch and the complexity of German grammar as somehow indicative of the nature of the Swiss people, which was a concept I struggled to accept. More relevant to me is the idea that language and the ability to communicate in the way we want to be heard is key to our individual identity. Anna’s inability to express herself or understand the nuances of most of the conversations around her certainly contribute to her detachment from family and local life. Unable to anchor herself to the normal ties of marriage and children, she drifts towards the disaster that you soon begin to sense is inevitable.

For roughly the first two-thirds of the book I was almost as bored and irritated with Anna as she is with her dull Dietlikon life, and then, right on cue, the author delivers a shattering blow. The final third of Hausfrau is raw and brutal, as boredom is suddenly blasted into utter despair, and I found myself with an almost palpable sense of panic as we follow the friendless Anna round the familiar streets of Zurich looking for help.

Hausfrau is not an uplifting read but I ended up caring deeply for Anna. I felt frustrated by the rather hackneyed morality of the conclusion, as though an adulterous woman has no right to expect a happy ending.   Happily Anna’s experience is not typical of most expats in Zurich, but her story stayed with me long after I had finished the book.