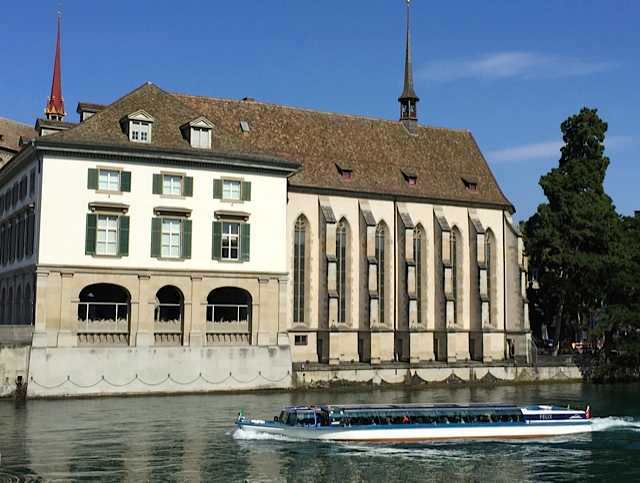 A church situated on an old island, the Wasserkirche is famous for being the founding place of the University of Zurich in 1634. The church is now connected to the mainland by the Limmatquai. Having survived history, the Wassserkirche – or the Water Church – is now a place of legend and mystery.

The Church was first built around an old cultic stone in the 10th Century AD. One of the first churches to be built in the city, it was restored and expanded in the 1400’s to what it is today. It then remained a church until the 1600’s. In 1634 the church was converted into the first public library in central Zurich.

It was one of the founding centres of learning for the University of Zurich in the 19th century. After the Limmatquai was constructed in 1839, the church was now connected to the east bank of the River which it remains to this day. Finally in 1940 the Library was converted back to a church and now hosts religious services. The Helmhaus adjacent was constructed in the 12 century and was used as a court.

See our video of the Wasserkirche here: